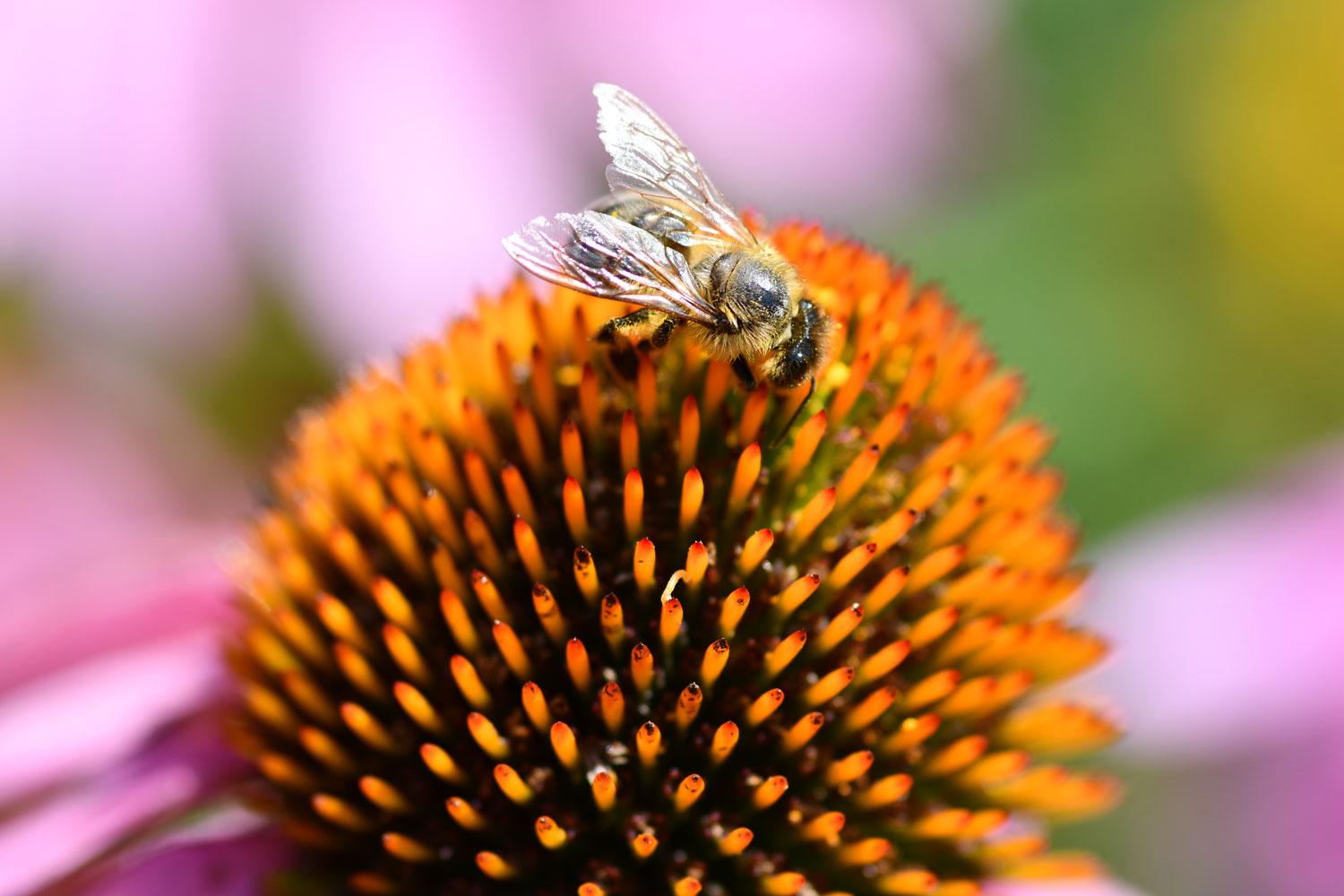 The buzz on bees is that they are vital to our world, pollinating plants as they fly from plant to plant in search of nectar.

All manner of bees, including honeybees and bumblebees, play a crucial role in pollinating plants, among them many of the foods we eat every day. These pollinators are responsible for one of every three bites of food we eat, and they increase crop values by more than $15 billion each year, according to the U.S. Department of Agriculture.

While their importance and value in the world is clear, the declining populations of many kinds of bees has been garnering headlines for the past few years. New research suggests that the use of pesticides may cause irreversible brain damage in bumblebees.

While climate change and habitat loss pose challenges to bees and many other species, the exposure to pesticides may be even more harmful to bumblebee populations because it effects brain development in baby bumblebees, according to a study conducted by Imperial College London published in Proceedings of the Royal Society B.

The researchers found that pesticides called neonicotinoids affect baby bumblebees much the same way harmful or toxic substances affect a human fetus developing in utero. Essentially, the young bees are affected by eating food contaminated by pesticides brought back to the hive by worker bees, which makes them less effective at performing tasks later in their lives.

"Bee colonies act as superorganisms, so when any toxins enter the colony, these have the potential to cause problems with the development of the baby bees within it," study author Dr. Richard Gill told CNN. "Worryingly in this case, when young bees are fed on pesticide-contaminated food, this caused parts of the brain to grow less, leading to older adult bees possessing smaller and functionally impaired brains; an effect that appeared to be permanent and irreversible."

The research was conducted by tainting flower nectar with neonicotinoids at levels similar to those found in wildflowers and then introducing the nectar to a bee colony living in a laboratory. After the baby bumblebees from the colony emerged as adults, researchers tested their learning ability after three days and then 12 days, comparing the results to results from the same tests conducted on young bees from colonies that were fed foods containing no pesticides and those that were fed pesticide-laced foods only once they reached adulthood.

The scientists found that the young bees fed pesticides during development as larvae had significantly impaired learning abilities compared with the bees that were not. The metric they used was testing if the bees could learn to associate a smell with a food reward, recording how many times in 10 attempts the bees were able to successfully perform the task.

The researchers also performed CT scans on about 100 bees, discovering that the bees exposed to neonicotinoids had much smaller mushroom bodies — a part of the brain scientists believe serves as the learning center in insects — compared with the other bees. Neonicotinoids are a type of insecticide that kill insects by attacking their nerve cells, according to the Natural Resources Defense Council. They are the most common type of pesticide used in the United States, found in many lawn and garden sprays and crop treatments as well as flea and tick treatments used on pets and livestock.

The smaller mushroom bodies and the poorer performance on the learning tasks in the pesticide-exposed bees suggests that the pesticides caused the inferior performance and that pesticides may have a greater impact on the decline of bumblebee populations than originally thought, although climate change and habitat loss also play a role, according to the study.

"We are still trying to figure out what roles these factors play and how they interact," Gill told CNN. "Pesticides are definitely a contributing explanation to why we are seeing declines. Pesticides are putting these colonies at risk. They are impairing foragers who then have to deal with land use change and extreme weather."