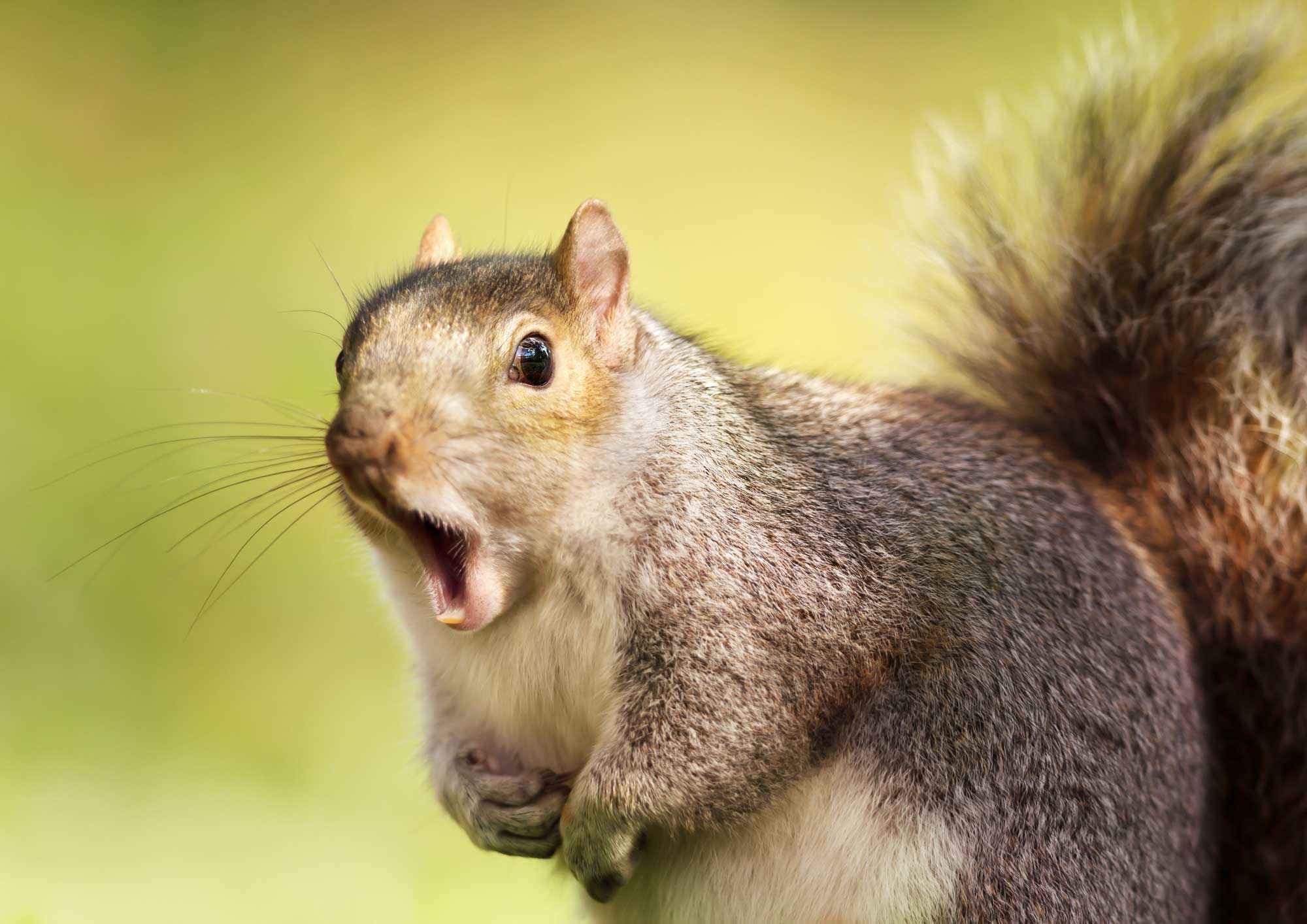 Even worse is finding that the problem isn’t just a bulb or strand that’s burnt out but that the wires have been cut and are beyond repair. But before you go blaming vandals, consider that the culprit might instead be a common neighborhood critter.

That’s right. Many of the animals that scurry around outside our houses are fond of chewing on wires and can force our outdoor Christmas lights to go dark. Squirrels, mice and rabbits are all known offenders. Squirrels even sometimes steal the bulbs from outdoor lights, thinking they are nuts.

Rodents like squirrels are especially common culprits because their teeth are constantly growing, so they have to chew on objects to prevent them from getting too long, according to the lighting blog 1000 Bulbs. While sticks and twigs are their usual choice, holiday lights are too good of a temptation to pass up when they are so readily available during the holiday season.

It turns out electrical wires are covered in a soy-based coating that rodents and other animals find quite tasty, according to Forbes. Our Christmas displays aren’t the only place the critters are finding to feast. Many of the electrical wires in our cars are covered in the soy-based coating as well, causing hefty car repair bills for some unfortunate vehicle owners.

Don’t let the fact that your light strands look like they’ve been clean cut fool you into thinking it was a human Grinch that dampened your holiday spirit. The sharp teeth of rabbits and rodents go right through the wires, giving the appearance they have been cut with a knife or scissors.

If critters have been feasting on your holiday lights, you might want to consider a deterrent to help keep them at bay. You can spray the wires with minty mouthwash, pepper spray, citrusy solutions or a store-bought squirrel repellent, 1000 Bulbs advises. Coyote urine or urine from other natural predators can also help.

Another idea would be to place an owl decoy near your outdoor lights, because most rodents fear being hunted by owls, 1000 Bulbs reports. A more labor-intensive — and expensive — solution would be to run the wiring connecting your light strands through PVC piping.

If you do find yourself the victim of critter vandals, don’t take it personally. Squirrels have a reputation for wreaking havoc on our nation’s power supply, the Detroit Free Press reports. In fact, an entire website is devoted to it, logging more than 1,200 power outages since 1987 across the world that have been caused by squirrels. Other common culprits: birds, which have caused more than 600 confirmed power outages, and snakes and raccoons, which have both caused more than 100 electric failures.