For more than a decade, the Forest Preserve District of Will County maintained a small cemetery in Runyon Preserve even though it did not hold deed to the property. The District sought eminent domain of the 0.6-acre parcel in late 1998, and when the courts awarded the property to the District, this tiny parcel bestowed special significance to the name of the preserve forever linked to the founding of the City of Lockport. 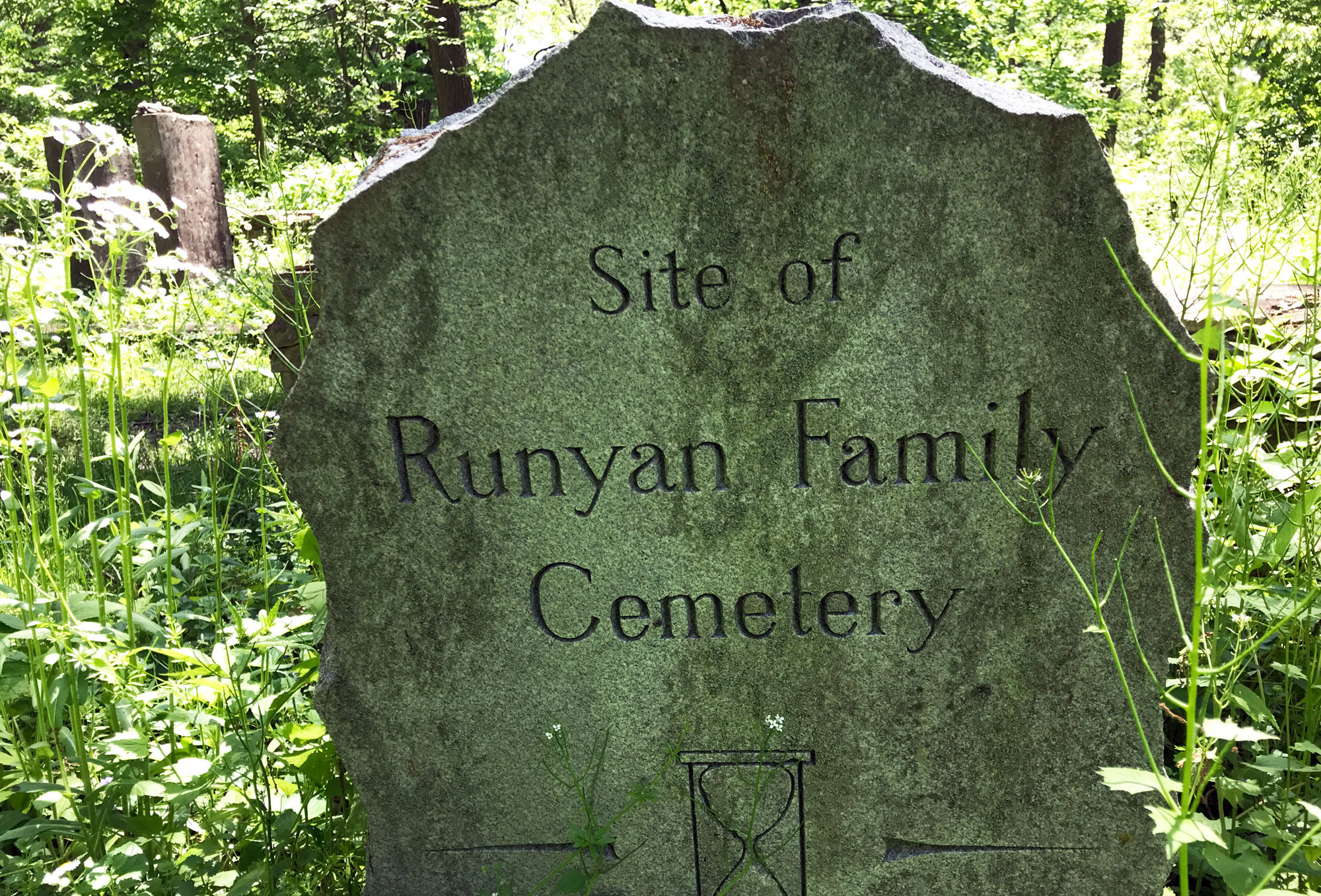 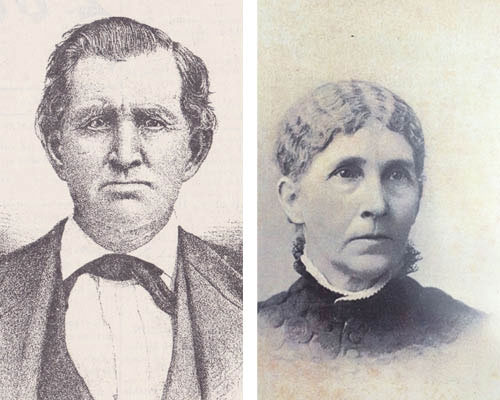 In October 1830, Armstead Runyon and his family settled on land along Fiddyment Creek on what is today the north side of Lockport, becoming the first settlers in this part of Will County. Runyon had been living in Danville, Illinois, the previous three years and left most of his livestock behind when he came to his new home. He did, however, bring his stock of hogs, “thinking they would winter on nuts and acorns,” according to the History of Will County, 1878.

The winter of 1830-1831 would come to be known as the winter of deep snow, and all of Runyon’s hogs died of starvation. In the spring, Runyon set off for Danville to retrieve the remainder of his stock, but he was delayed six weeks because of high waters caused by the massive snow melt.

The History of Will County reports that one of Runyon’s daughters, Elizabeth Runyon Boyer of Lockport, recounted that “for several weeks before he returned they had nothing to live on but salt pork and corn bread made of meal so musty that it did not seem fit for a dog to eat.”

The family sheltered in a tent until a cabin could be built, and Boyer many years later remembered “very distinctly the prairie wolves used to come around that tent and render the night hideous with their blood-curdling howls.” The cabin Runyon eventually built, according to Ruth Waldvogel of the Lockport Historic Group, was one block outside of today’s Lockport city line.

In 1832, Runyon learned of the Black Hawk Indian War, and he and the handful of people now living in the region, three other families, retreated to Fort Dearborn in Chicago for protection.

The danger passed and Runyon returned to Lockport with his family. Indigenous Potawatomi lived on each side of the Runyons’ cabin, and a trail connecting the encampment ran alongside the Runyon home. Potawatomi would oftentimes enter the cabin, and the family recalled that the Native Americans were generally well behaved.

With more and more settlers moving into Will County, Runyon devised a design for North Lockport, or Runyontown, as early as 1836. Eventually, it came to be known as Runyon’s “Addition to Lockport.” 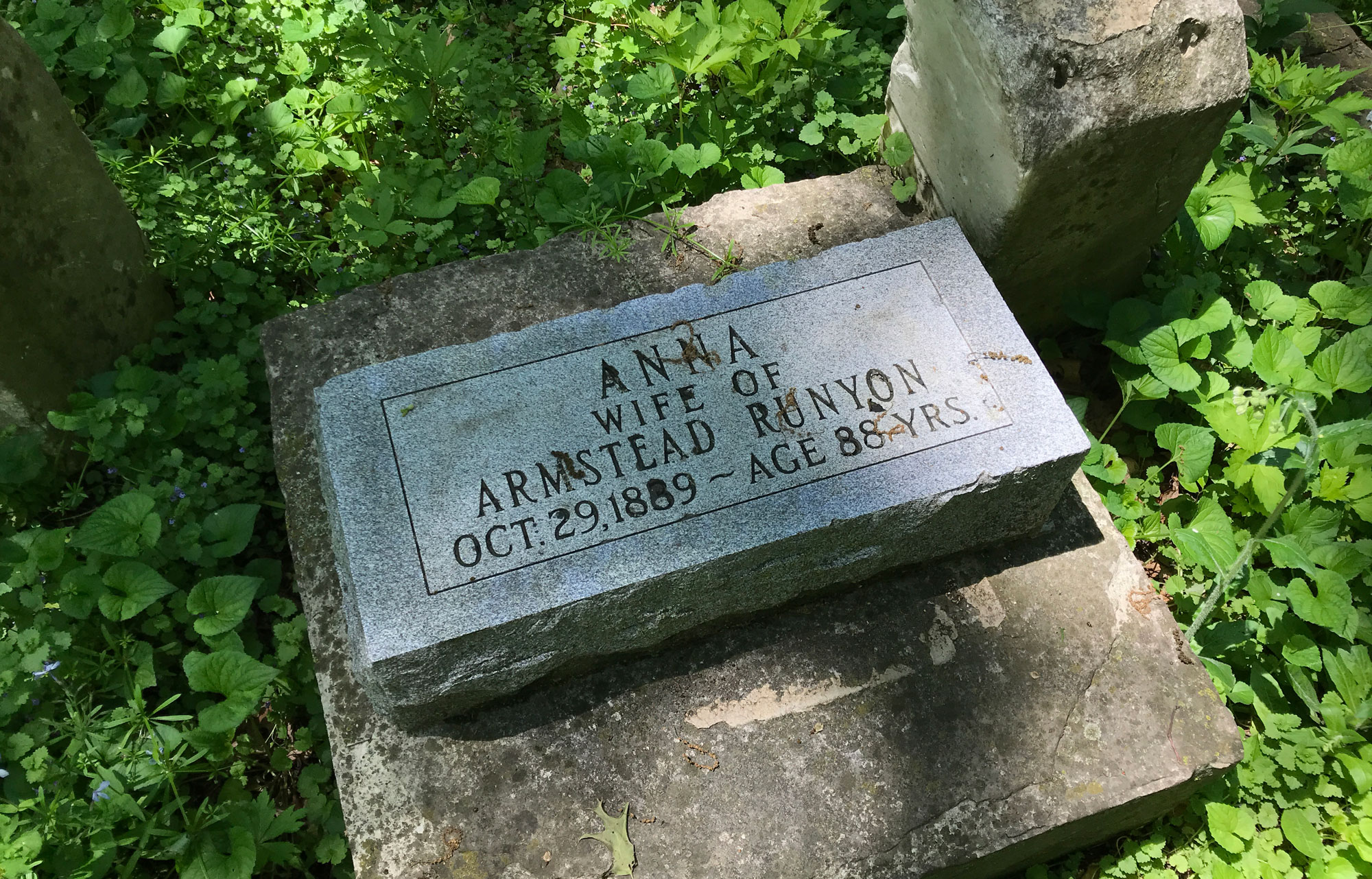 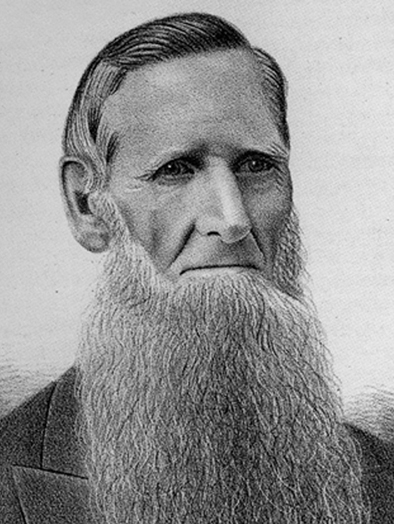 In the early 1830s, Chief Engineer William Gooding, working to complete the Illinois and Michigan Canal, realized that this location, which is 40 feet higher than Joliet, had great water-power potential. In 1837, Gooding oversaw construction of the canal’s headquarters building here.

With the canal came an influx of workers who moved into the area and the town officially became Lockport.

Runyon was gone on business in Danville when an epidemic of smallpox broke out in the Potawatomi encampments. The Runyons closed their home to the Potawatomi out of fear of contracting the disease and, though offended, they left the family alone.

In 1849, Runyon moved to California, ending his period of local lore. Unlike the thousands of other Forty-Niners who descended on California in search of gold, Runyon settled in Sacramento County to take up his lifelong occupation, farming. He identified the fertile valley as being ideal for fruit trees, and, according to research by Waldvogel, he was the first to plant orchards in the California county.

In the latter years of his life, Runyon became involved with mining operations, and all of his ventures resulted in his becoming wealthy. He was a major contributor to the building of Christian College and Pacific Methodist College, both located in California. He died on September 8, 1876, in Santa Rosa, California, where he and his second wife, Mary Crawford Runyon, had resided since 1871.