What's the difference: Lichens vs. mosses 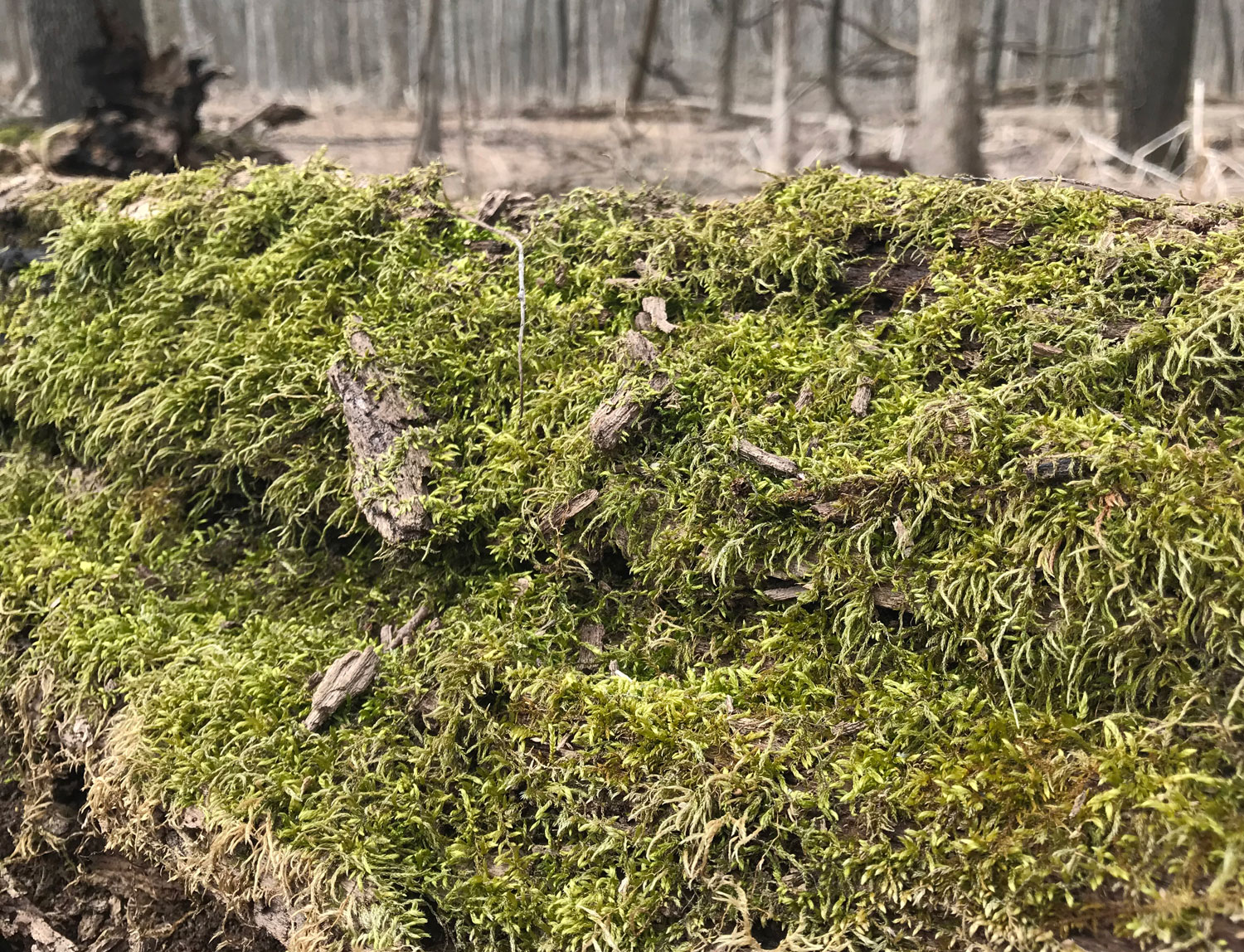 Is this a lichen or a moss growing on a tree trunk? (Photo by Chad Merda)

Most of us assume the fuzzy green stuff we see growing on tree trunks or rocks on the forest floor is moss. And while moss is a likely suspect, it could also be a lichen. So what's the difference between a moss and a lichen?

Telling them apart can be difficult. It certainly doesn't help that some lichens have common names that include the word "moss," like reindeer moss, which is actually a lichen, according to 21st Century Parks.

Making it even more difficult: Lichens and mosses frequently grow in close proximity to one another, often even on the same object, said Angela Rafac, an interpretive naturalist at the Forest Preserve District's Four Rivers Environmental Education Center in Channahon. It's common to see both on the same tree trunk or rock.

Both mosses and lichens are considered non-vascular plants, but only mosses are truly plants, according to the U.S. Forest Service. Lichens aren't plants at all. They are complex organisms formed by a symbiotic relationship between a fungus and an algae or cyanobacteria (or, in some cases, both).

That key difference — one is a plant and one is not — is also the key to telling a moss from a lichen when you see them in the wild. Because they are plants, mosses will have leaves and stems; lichens will not, according to Mother Nature Network. The leaves and stems may be tiny, but they will be present in mosses.

Mosses are among the most primitive plants on Earth, the ancestors of the trees, flowers, ferns and other plants that grow all around us today, the Forest Service reports. And while they do have the stems and leaves characteristic of all plant species, they do not have roots and do not produce flowers. Instead, mosses reproduce via spores rather than seeds from flowers. And instead of roots to anchor them in place, they have very shallow root-like structures called rhizoids.

Because mosses don't have roots, they can't transport water like other plants. This makes them very vulnerable to drying out, which is why mosses grow in wet or moist habitats. Lichens, on the other hand, can survive in a variety of habitats, from tropical rain forests to deserts to the frozen tundra of Antarctica, according to the Forest Service. In the absence of water, lichens will simply go dormant, turning dry and brittle, until water becomes available again.

Another difference between lichens and mosses — albeit one that's not visible — is that only mosses undergo photosynthesis directly. Because they are plants, mosses contain chlorophyll, which is the pigment that is essential for photosynthesis.

Lichens, on the other hand, can only accomplish photosynthesis indirectly. Fungi aren't plants and contain no chlorophyll, but the algae and/or cyanobacteria in a lichen do undergo photosynthesis, according to 21st Century Parks. In turn, the fungus provides protection so the algae can survive in more harsh conditions than it could otherwise withstand.

Both mosses and lichens play an important role in a healthy habitat, because they both absorb carbon dioxide and other pollutants from the air, 21st Century Parks reports.

Lichens, in particular, are especially valuable to humans because of their detoxifying effects. Because of this, their presence in an area is a sign of a healthy ecosystem. Scientists are able to study lichens and extract the toxins they have absorbed to determine the level of toxins present in an environment, according to the Forest Service.