Nature curiosity: Why do gnats swarm? 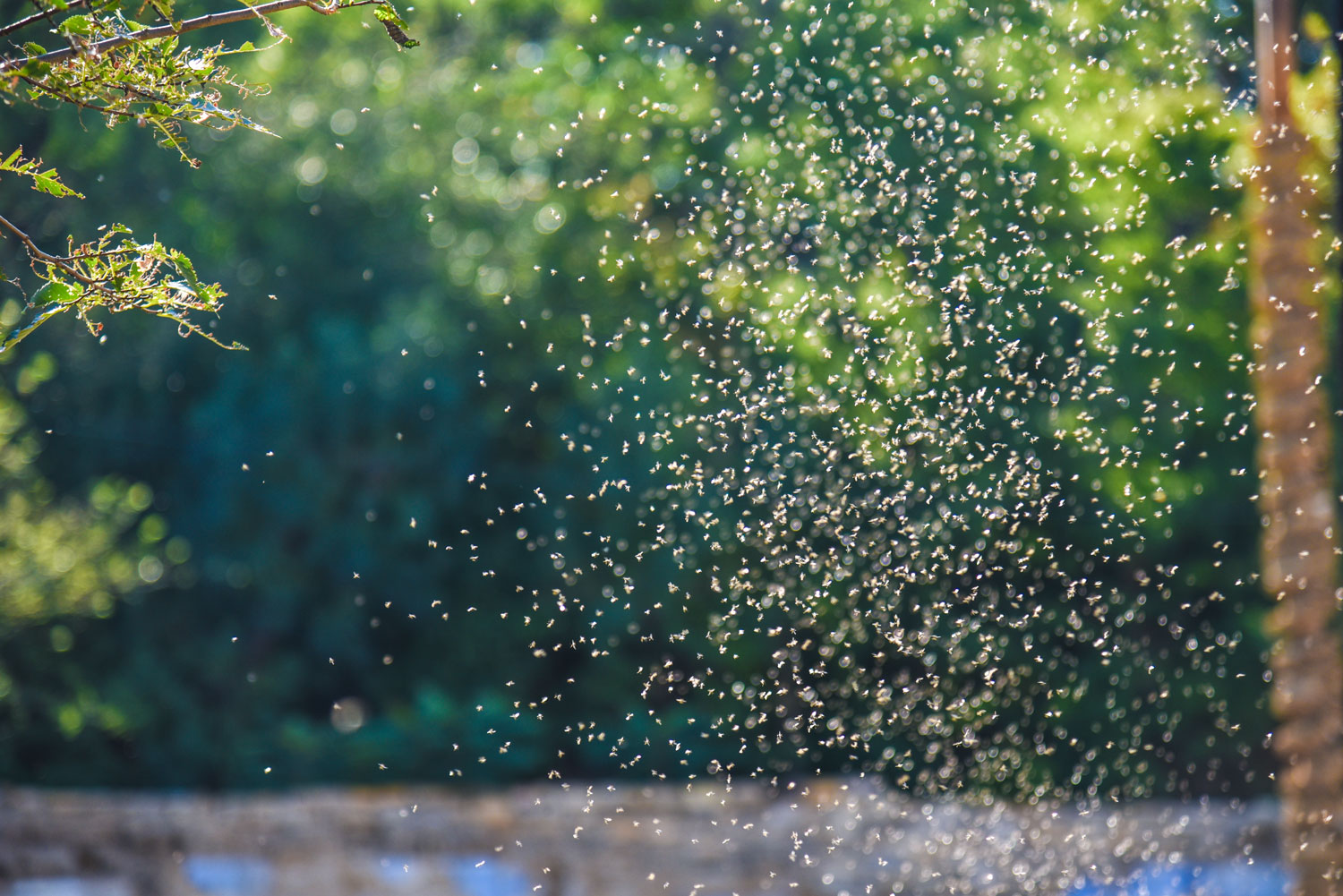 If you've ever had the unfortunate experience of riding your bike through a cloud of gnats, you've probably wondered why they congregate like that — at least after you've picked the bugs out of your teeth.

It turns out that gnats swarm because of the birds and bees. That's right. Swarms of these tiny insects are beneficial for mating, according to Live Science.

The swarms make it easier for the male and female gnats to find each other and mate, Gregory Courtney, an entomology professor at Iowa State University, told Live Science.

Gnats will often congregate around objects or other visual markers that contrast the landscape, such as fence posts, Courtney said. This helps the females more easily see the swarm. Only male gnats swarm. The females then identify the swarm and enter it to mate.

These swarms of mating gnats are most commonly seen at dusk, and they often appear for several days in a row, especially after wet or rainy periods, according to the University of Kentucky College of Agriculture, Food and Environment.

The term gnat is a collective word for many species of small flies that do not bite. In some areas, gnats are also called midges. Gnats only live long enough to mate and lay eggs, so swarming is an important part of their survival as a species.

While the swarming makes mating easier for gnats, it also makes them more susceptible to predators, which is why they are beneficial to our ecosystem. These tiny bugs serve as an important food source for many animals, including birds, bats and large insects, the Washington Post reports. In addition, they help pollinate plants and flowers.

Most gnats don't bite and are simply a nuisance because of their swarming behavior. An exception to this is biting midges, also known as no-see-ums, according to Live Science. These tiny bugs are barely visible, but do have a painful bite.

Preventing or controlling gnats requires eliminating damp areas or standing water where they breed, but this is often impractical. The University of Kentucky advises against treating water with insecticides to prevent or control the bugs because the potential harm to wildlife and the environment is too great for what amounts to a short-term nuisance.