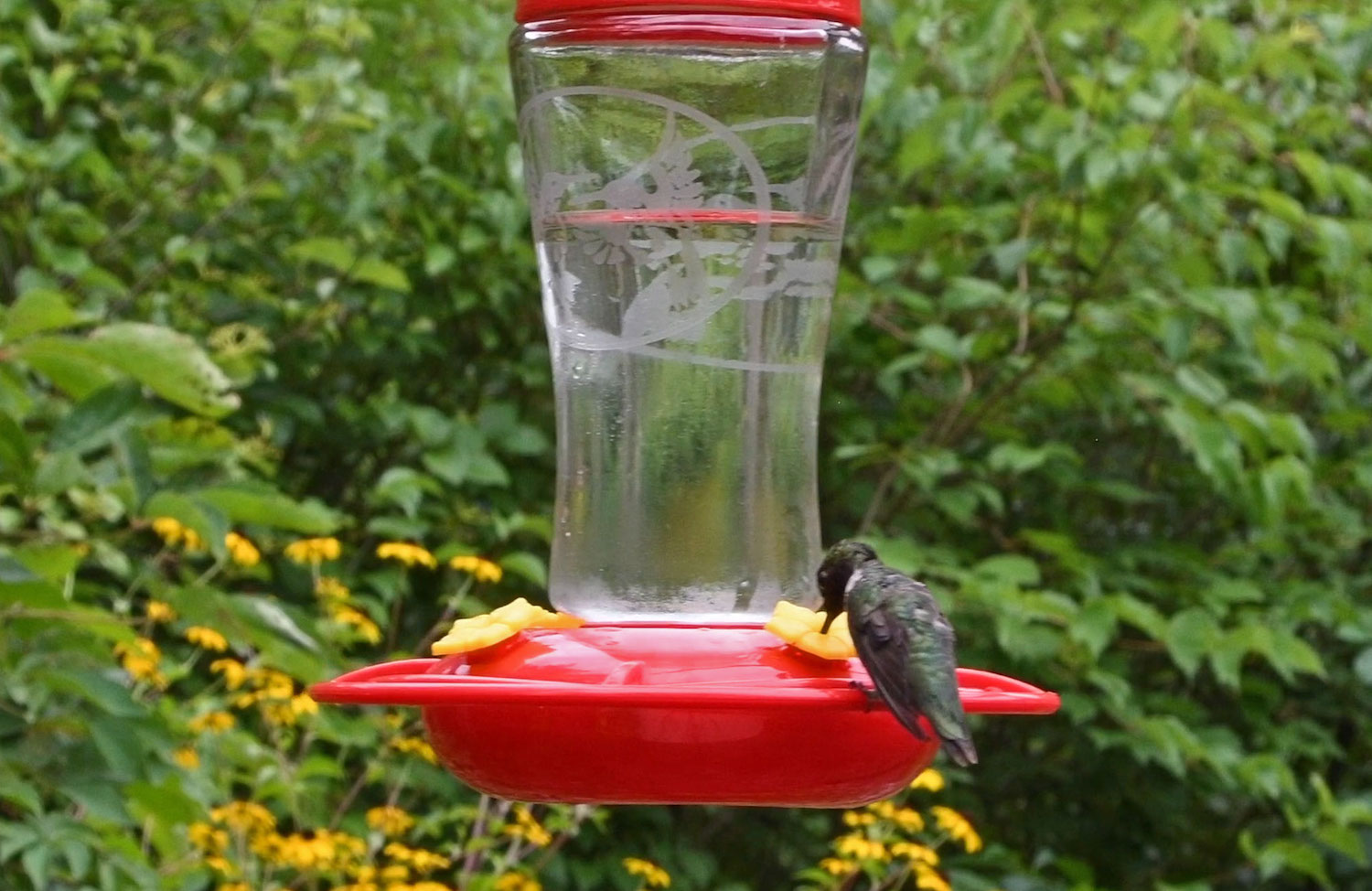 Of all the birds that dot the landscapes across Will County, the ruby-throated hummingbird is among the most treasured.

Beloved for their unique nature and appearance, these birds arrive each summer to much fanfare and stick around until early fall, when they begin their migration south to their wintering grounds, according to the Cornell Lab of Ornithology.

Of the 325 hummingbird species in the world, only the ruby-throated hummingbird lives in Illinois and elsewhere in the eastern United States, the Cornell Lab reports. They are a bright emerald green color that shimmers in sunlight, with white or whitish-gray breasts and underparts. Only the males sport the bright, ruby-red throats for which they are named.

As fun as these birds are to watch in motion, they are even more interesting so as you learn more about them. Here's some more fascinating facts about these tiny birds.

Everything about them is tiny

These hummingbirds are truly tiny compared to other common birds. Their bodies are typically no more than 3 1/2 inches long, with a wingspan of between 3 inches and 4 inches, Cornell Lab reports.

All birds are lightweight because of their hollow bones, but ruby-throated hummingbirds quite literally weigh almost next to nothing — just 0.1 ounces to 0.2 ounces, which is less than the weight of a nickel. Of a hummingbird's total body weight, between 25 percent and 30 percent is their pectoral muscles, which aid them in flight, according to The Spruce.

As expected from such a tiny bird, their nests are comparably small, about as wide as a large thimble. Their eggs are smaller than a jelly bean, The Spruce reports.

They have huge appetites

Saying someone eats like a bird has always been a misnomer, because birds have big appetites. Even by normal bird standards, though, ruby-throated hummingbirds are big eaters. They have to eat at least half their body weight in sugar every day, and they typically feed five to eight times every hour, The Spruce reports.

Hummingbirds feed on nectar from a variety of wildflowers, but they prefer orange and red flowers with tubular blooms, Cornell Lab reports. Among their favorites are cardinal flower, trumpet creeper, honeysuckle, bee balm, jewelweed, red morning glory and red buckeye. They are also easy to attract to your yard with a hummingbird feeder filled with a simple solution of sugar and water.

Hummingbirds love sipping sweet nectar, and rely on it to meet their energy needs, but they also eat insects — and in many cases lots of them. Insects provide a good source of protein, which they need for muscle and feather development. They can eat anywhere from a few dozen to more than 1,000 insects a day, with the insect part of their diet varying based on a number of factors, including insect availability and their dietary needs at different times of the year.

They are amazing fliers

Flight is nearly universal among birds, but ruby-throated hummingbirds are more gifted than most in this area. They fly quickly and with great precision, their wings beating an amazing 53 times every second, the Cornell Lab reports.

Ruby-throated hummingbirds can fly backwards and even upside down, National Geographic reports. They can hover like a helicopter and do it often, flying in place while sipping nectar from flowers. They cover a lot of ground in flight during their annual migrations. They winter in Mexico and Central America, typically flying more than 500 miles nonstop across the Gulf of Mexico to reach their wintering grounds

Their flight capabilities are especially useful because hummingbirds can't walk or hop, according to the Cornell Lab. Their feet are very short, too short for them to use for walking. They can use their feet to perch or shuffle from side to side.

They really do hum

The term hummingbird is an accurate one, but the humming sound they make isn't a vocalization. The hum comes from their wings. Their wings are like oars anchored at their shoulders, according to Northern Illinois University. Because they beat their wings so quickly and can move them like sculls in a rowing bat, allowing them to move backward and sideways, they create a humming sounds when they fly.

They are fast — at just about everything

In flight, hummingbirds reach top speeds of 30 mph while moving forward, but they can double that speed to up to 60 mph while diving, The Spruce reports. Their speed in flight is aided by how quickly they beat their wings — 53 times per second.

A ruby-throated hummingbird's heart beats more than 1,200 times a minute, according to The Spruce. Compare that to your own heartbeat, which is typically between 60 and 100 beats per minute. And they breathe quickly too, taking about 250 breathes per minute at rest. In flight, they breathe even more rapidly.

Even their tongues are fast! While feeding on nectar, their tongues can lick between 10 and 15 times each second. And all that nectar they consume is processed by their bodies very quickly. The sugar in nectar is sucrose, and they can digest it in about 20 minutes, The Spruce reports.