The recipe for success with hummingbird feeders: Sugar and water 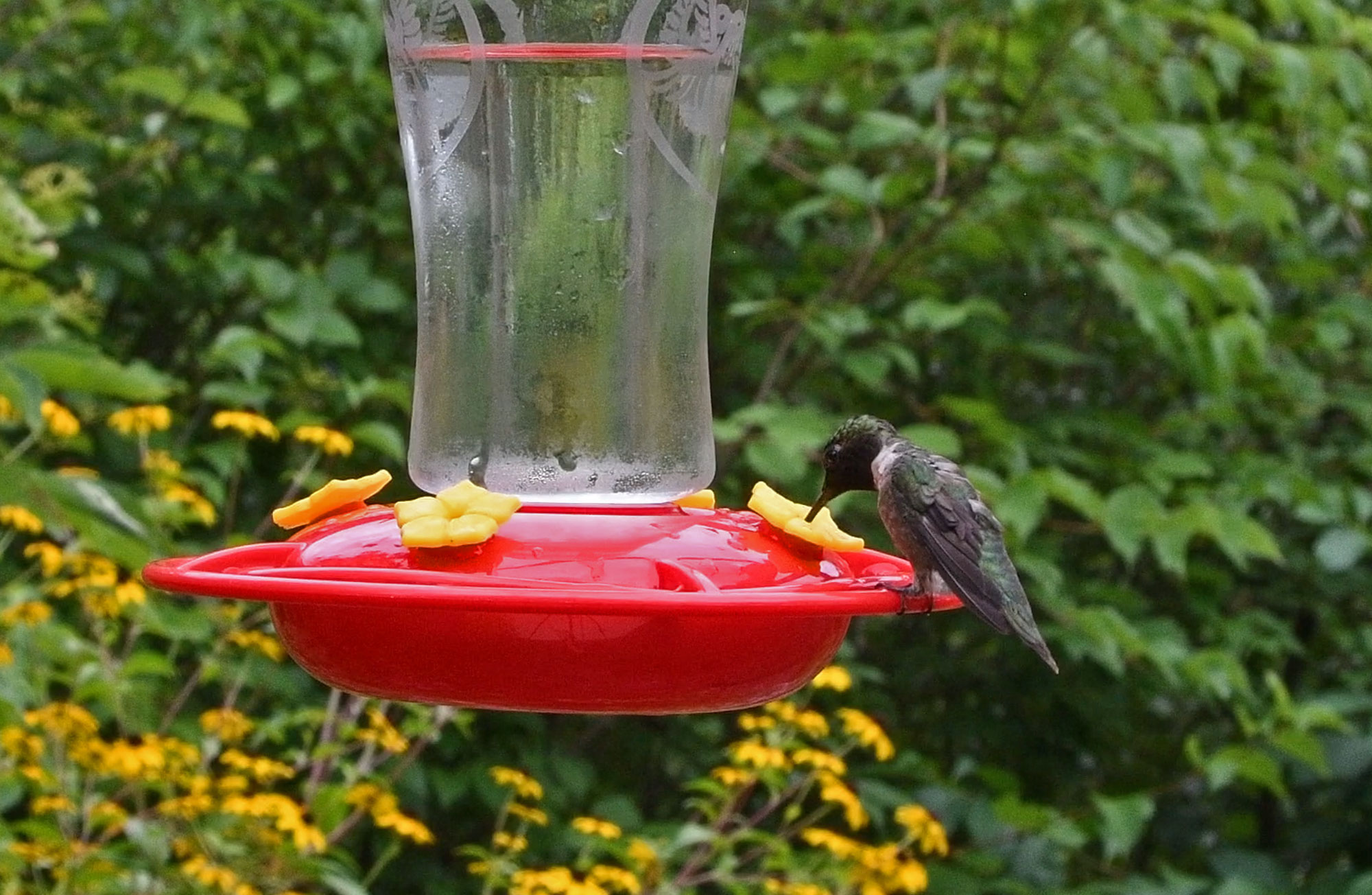 Hummingbirds may be tiny, but they work up quite an appetite with all that fluttering and flapping of their wings.

The ruby-throated hummingbirds common in northern Illinois in late spring and summer weigh less than a nickel and can beat their wings an astonishing 53 times per second, according to the Cornell University Lab or Ornithology.

All that activity requires a steady diet of nectar and insects, with hummingbirds feeding every 10 minutes to 15 minutes and making their way to between 1,000 and 2,000 flowers per day, the Audubon Society reports.

You can aid their feeding frenzy by making your own nectar to put in feeders in your yard. All it requires is two ingredients you surely already have on hand in your kitchen: water and sugar. Sugar water is close to what the birds eat when they visit flowers for nectar, said Bob Bryerton, an interpretive naturalist at the Forest Preserve District's Plum Creek Nature Center, where hummingbirds are regular visitors in the spring and summer.

"You're mimicking the nectar they get from flowers," Bryerton said of homemade hummingbird food. "Stick to what they are getting in the wild. Don't try to make it different or better."

To make the nectar, simply bring 1 cup of water to a boil and then add 1/4 cup of sugar, mixing it until the sugar is completely dissolved, the Audubon Society advises. You can make larger or smaller batches, sticking with the ratio of 4 parts water and 1 part sugar. Allow it to cool before adding it to your feeder.

Always use sugar to sweeten the nectar, never honey, which can allow the growth of bacteria and fungi.

RELATED READING: HOW TO ATTRACT HUMMINGBIRDS TO YOUR YARD

Whether to add red dye to the sugar water has become somewhat controversial, Bryerton said, but it's not necessary. Because hummingbirds have to eat so frequently, their bodies process a lot of material from their diet very quickly. The red dye just adds to what the birds have to process, and even though it may be benign, it isn't necessary.

Commercial hummingbird food is often red, because the red color helps attract the birds, but that's also the reason hummingbird feeders are usually red. And any little bit of red color will draw hummingbirds, Bryerton said. At Plum Creek Nature Center, they have stickers on the window that are red, and even that's enough to catch their attention.

"They'll come and check out the stickers," he said.

At Plum Creek, Bryerton said the ruby-throated hummingbirds usually first appear for the season in late April and they'll stick around until September. To prepare for their arrival, he usually starts putting out the hummingbird feeders on or around April 15.

The nature center hosts the annual Hummingbird Festival & Nature Celebration every August, but that's not the only good time to check out the hummingbirds at Plum Creek. Once they arrive for the season, they are a frequent site at the feeders. July and August are good months to get an up-close look at the birds, Bryerton said.

"You can come out here and watch them," he said. "It's like an airport out here."

They can be viewed from inside the nature center, but there's also a bench outside near the feeders that's a great spot for the full experience because you'll be able to both see and hear the tiny birds.

"It's just a really cool experience to sit there and see them and hear them," Bryerton said. "They just zip around, and they don't really care that you're there."