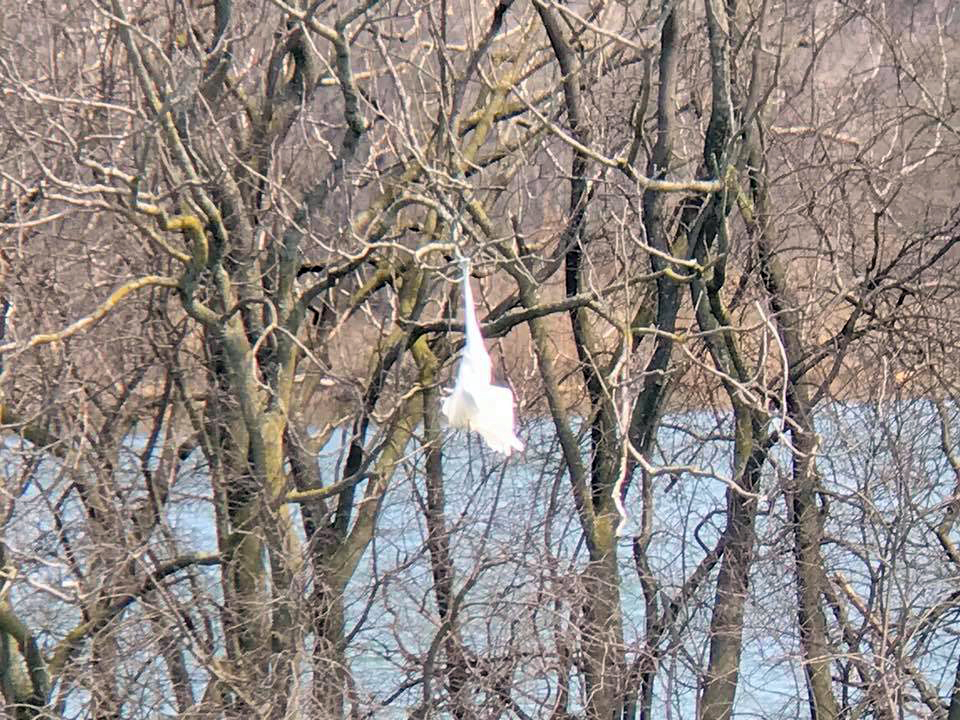 As the weather begins to turn for the better and more people take to the preserves to fish, we have an urgent plea for everyone: Please properly dispose of your fishing line.

Animals' lives depend on it.

Over the weekend, visitors to Lake Renwick Preserve - Heron Rookery Nature Preserve saw the grim and heartbreaking result after someone improperly disposed of fishing line. Off in the distance and visible from the Copley Nature Park access was a dead great egret hanging by its neck from a tree.

While the photo may be disturbing to some, it illustrates how dangerous fishing line can be to wildlife.

Unfortunately, it's not an isolated case.

"There are probably three or four a year that get tangled up and die, which is ridiculous," said District wildlife biologist Glen Buckner.

Fishing isn't allowed at the Heron Rookery portion of Lake Renwick. Buckner said the line either had to be left over from someone illegally fishing there or the bird had to first get entangled in the line elsewhere before being caught on a branch at the preserve.

Last month, a pelican that had become entangled in fishing line at McKinley Woods in Channahon had to be rescued by District staff, but its injuries were too severe and it had to be euthanized.

Buckner said people will sometimes cut their line if it's tangled or if they change lures, and then leave that cut line in the water or along the shore.

"They'll cut 4 or 5 feet off of it and sometimes a bird will get a little bit of fishing line on it, and then that fishing line gets tangled up with other fishing line and then you’ve got two or three lines on the birds," he said.

The location of the great egret — across the lake and high up in a tree, slightly hanging over the edge of an island — prevents the District from removing it. Any attempt would not only be risky, but likely disrupt the birds nesting in the area.