What’s in a name?

When it comes to the preserves, it's often a connection to the past

In 2008, the Board of Commissioners approved a “Resolution Updating the Property and Facility Naming Policy of the Forest Preserve District of Will County.”

Prior to this resolution, newly acquired properties were assigned names by no set criteria.

With the adopted policy, new property names would be determined by five guidelines:

Of the scores of forest preserves within Will County named prior to 2008, a number of these were named after significant historical figures or events.

Here’s a sampling of preserves and the basis for their names. 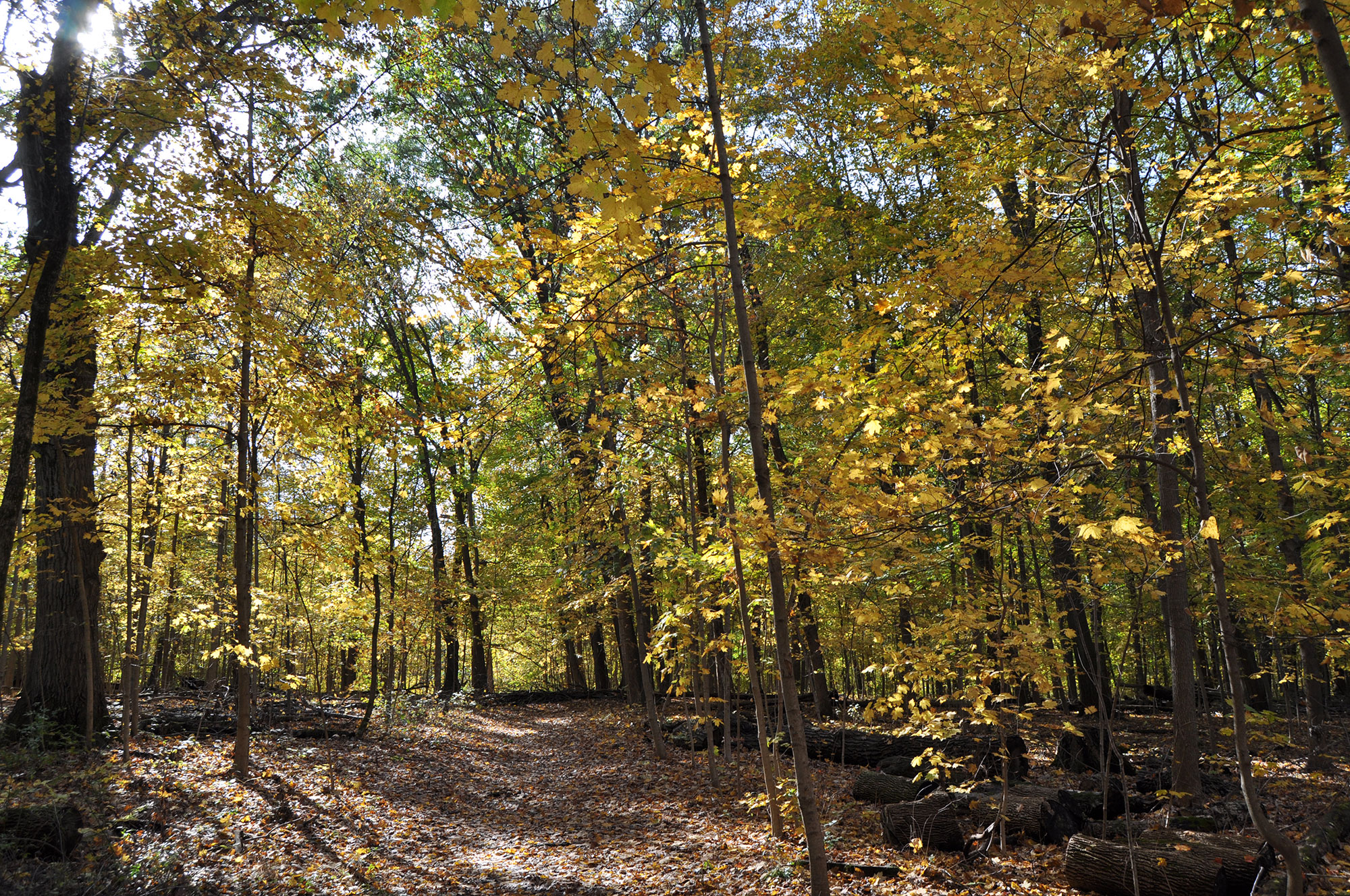 Messenger Woods Nature Preserve was the first property acquired by the Forest Preserve. The District was created in 1927 and three years later it purchased 144 acres of property in what is today Homer Glen for the price of $17,851 – or $124 an acre.

Horace Messenger was one of the earliest settlers in Homer Township. He was born in Chenango County, New York, on April 26, 1807. He married Fannie Shead in New York and moved to Homer Township in 1835.

According to “The History of Will County, Illinois 1878,” Messenger farmed more than 400 acres and served as highway commissioner, “ ... but, although repeatedly requested, steadily refused to hold any other office.”

The Messengers had five children, one of whom was named Mary Jane, born in 1838. She would marry Benjamin White.

In the Board of Commissioners’ minutes, the description of the property purchase reads: “Mary J, a descendant of Horace Messenger, (and) daughters Fannie and Flora White sold ‘Messenger Woodland’ to the Forest Preserve on January 20, 1930.” 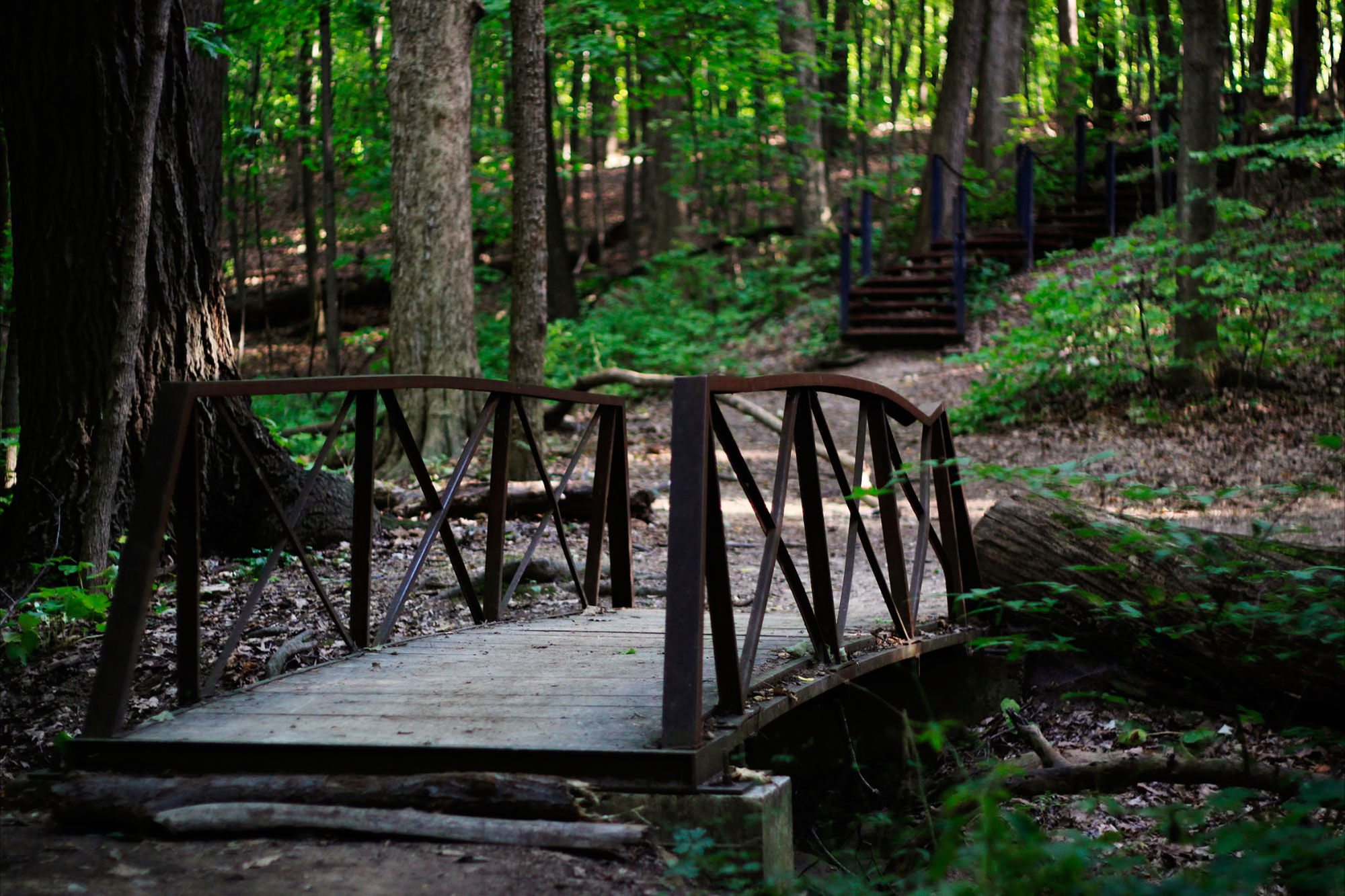 On June 21, 1932, Hammel Woods was officially opened and dedicated to “commemorate the valor of the 33rd Illinois Division of the American Expeditionary Forces in World War I.” This dedication honored the men who fought in the Battle of Hamel, America’s first offensive action and first victory in the Great War.

The battle began in the pre-dawn hours of July 4, 1918. The 33rd Illinois Prairie Division, along with several battalions of Australian soldiers, initiated an offensive attack on the French village of Le Hamel. The allies liberated the village and the surrounding woodlands from the Germans in a 90-minute battle. The allies captured 1,378 German soldiers, while the Americans suffered 176 casualties.

On September 28, 1985, Hammel Woods was rededicated to the armed forces who took part in the Great War. Forest Preserve Board President Kerry Sheridan said, “Let us rededicate Hammel Woods, not to praise or justify war, but to honor again those men who left their families and homeland, who carried with them to France the true American spirit of freedom.”

A bronze plaque memorializing the men who fell at Hamel is still on display at the preserve. 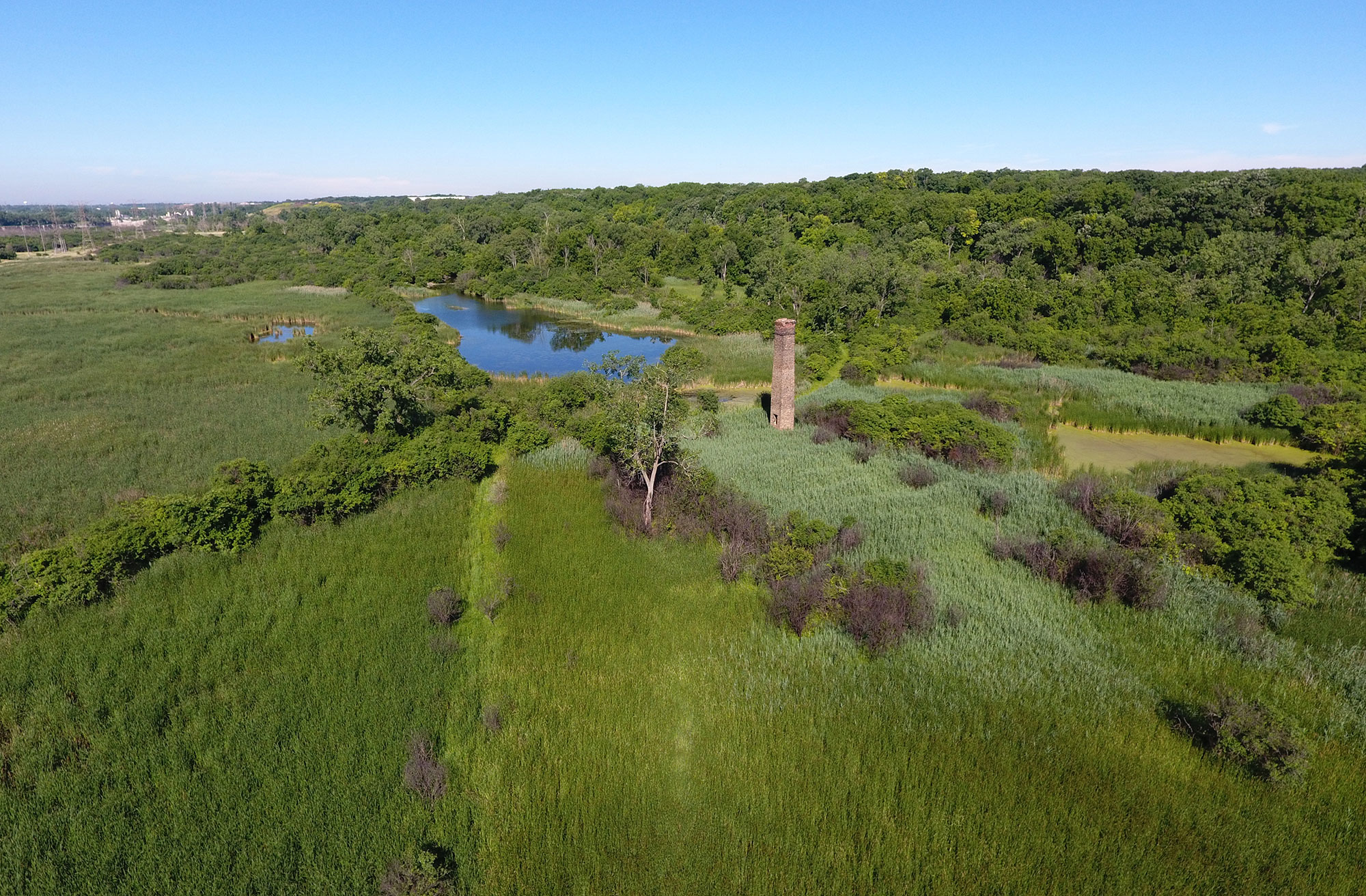 Many towns in Illinois were named for Potawatomi chiefs. The Forest Preserve chose Keepataw as the name of the 215-acre preserve located just west of Lemont, which itself was first platted as Keepataw in honor of the Native American chief who commanded a tribe in the Des Plaines River Valley. (Lemont still celebrates “Keepataw Days” annually on Labor Day weekend.)

Chief Keepataw was one of six subchiefs of Potawatomi Chief Yellowhead. Keepataw and his tribe came to the area in the early 1800s. In “5 Things to Know about Chief Keepataw,” an article which appeared in MySuburbanLife.com, Susan Donahue, Lemont Area Historical Society museum coordinator, explains that the river valley “ ... was an ideal setting because (the Native Americans) had hunting and fishing and the waterways for transportation.”

Keepataw was friendly to white trappers and hunters and gave warning to the village when unfriendly tribes were about to attack.

In the 1970s and 1980s, several advocacy groups sought to protect and preserve properties along the Des Plaines River from quarrying and development. Over several decades, the Forest Preserve District of Will County expanded its holdings to protect much of the river valley with Keepataw Preserve, Veterans Woods, Romeoville Prairie Nature Preserve and Isle a la Cache. 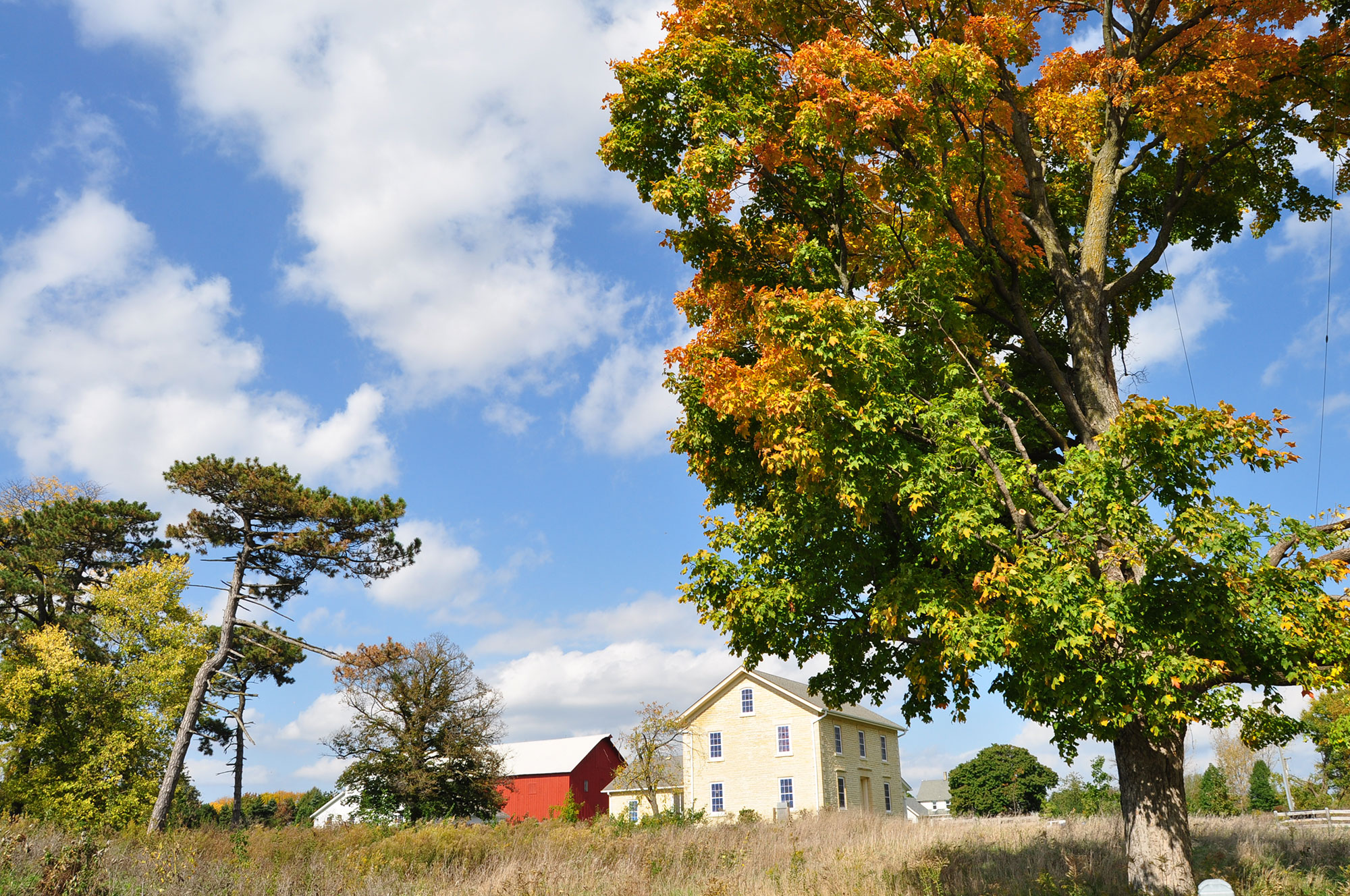 On May 12, 2001, the Forest Preserve hosted a daylong “Barn Raising Social” to open Riverview Farmstead Preserve, the historic land once owned by the Clow family in Naperville. This grand opening followed weeks of work by professional timber framers – woodworking artisans who use 19th-century construction techniques on buildings from that era – to stabilize the badly aged barn built in the 1890s. The highlight of the “Barn Raising Social” was the hoisting in place of one of the walls that had been reconstructed.

The farm located in Wheatland Township – which  consisted of the barn, the original family settlement house and the permanent family home – had been referred to over time with a variety of names: the Clow Farm, Thomas Clow Farmstead, Thomas Clow Riverview Farmstead, Wheatland Riverview Farmstead and Wheatland Farmstead. However, research by Forest Preserve staff discovered in the “Prairie Farmer’s Directory of Will and Southern Cook Counties Illinois” (1918) that the family referred to it as Riverview Farm due to its close proximity to the DuPage River.

Robert Clow, his eight children ages 8 to 23 and his future son-in-law emigrated from Scotland to New York in 1837. After having lived for some years on a rented farm on the shores of Lake Ontario, the family in 1844 traveled to Naperville in search of good farmland to buy.

Robert Clow bought 680 acres of land in Wheatland Township and added another 400 acres by 1851 – enough land for his children to start farms of their own.

Thomas Clow, his youngest son, started his own farm after marrying Margaret Stephens in 1858. They ran this farm for almost 35 years until they died a year apart in 1890s.

Riverview Farm would continue to produce for three generations of Clows and would cease operations in 1974.

Visitors to Riverview Farmstead Preserve today revisit 25 acres of the original farm. Interpretive signs explore not only the Clow lineage but detailed information on the settlement house, limestone family home and timber frame barn as well as the importance of farming to the 19th-century settlement of Wheatland Township. 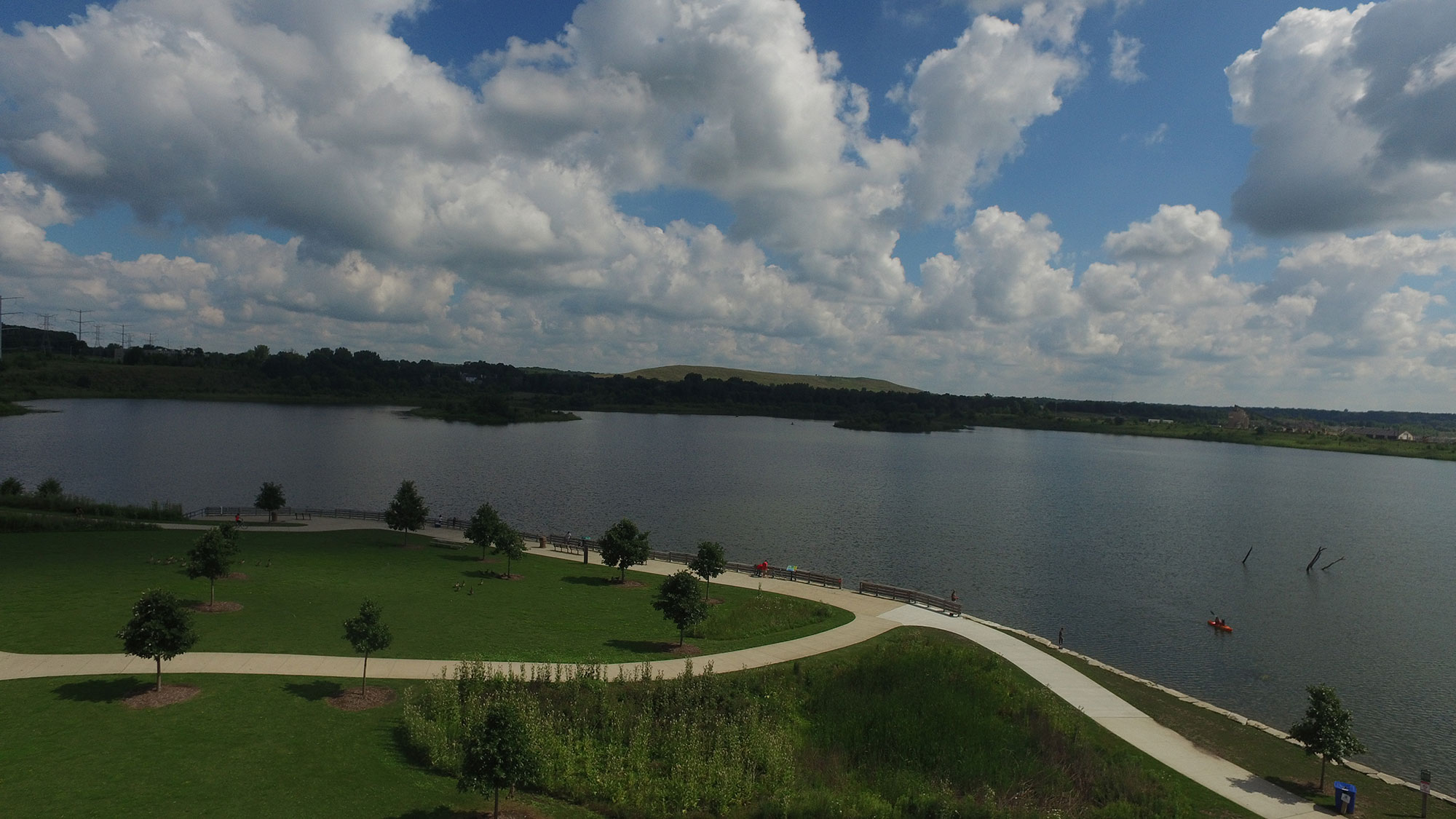 The grand opening of Whalon Lake in August 2008 drew a turnout estimated at 4,500 people. With a new 80-acre boating and fishing lake – created by the Forest Preserve from a former quarry – a free-run dog park and recreational trail, the 249-acre preserve was a welcome new amenity to the residents of Bolingbrook and Naperville.

The preserve was named after Samuel Whallon, who was born in New Jersey in 1781. “The History of Will County, Illinois 1878” records that Samuel Whallon settled in Naperville in the years 1833-1835, just a few years after the first settlers arrived in 1830. An 1862 map of Will County indicates that he farmed the land that the Forest Preserve developed into the preserve.

The 1860 federal census records Samuel Whallon as a 78-year old farmer from New Jersey and his wife Louisa as a 50-year-old woman from Connecticut. The 1870 census describes the Whallon farm as consisting of 113 improved and 13 unimproved acres. Livestock is recorded as four horses, five dairy cows, three cattle and three swine. The previous year’s harvest is listed as 600 bushels of potatoes, 300 bushels of corn, 250 bushels of oats, 200 bushels of spring wheat, 100 bushels of barley and 20 tons of hay. The farm also produced 400 pounds of butter.

Whallon would serve as County commissioner from 1841-1843. He also apparently served as a judge. An obituary from the day reads: “Judge Samuel Whallon, died in his residence in the town of DuPage, Will County, on the 15th of June 1878, at the advanced age of 91 years and 9 months. ... He was elected to several positions of trust, all of which he filled with fidelity. He was an upright, honorable man, and lived and died respected by his fellow citizens who manifested their esteem by following in large numbers his remains to the grave.” 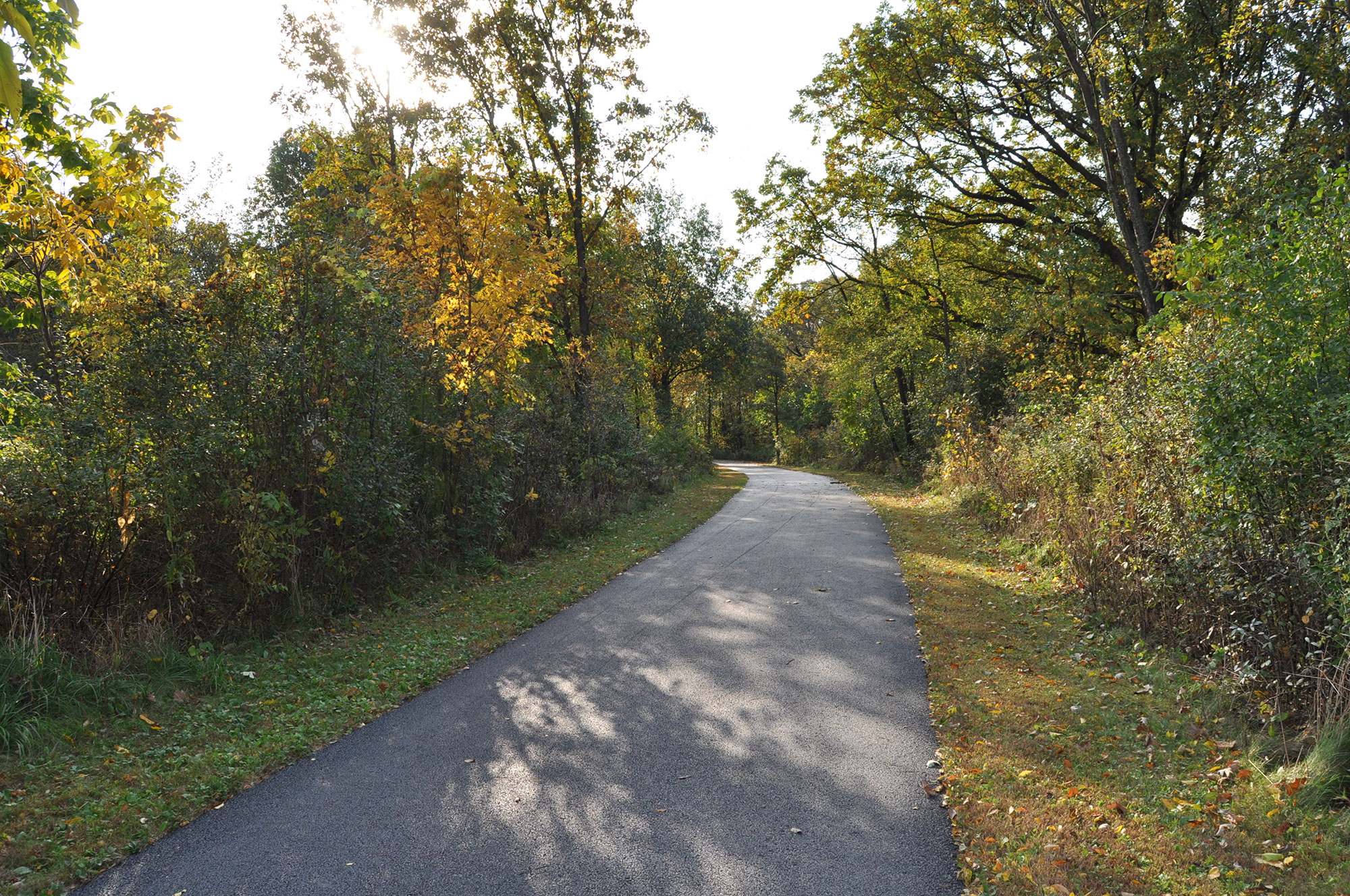 Teale Woods Preserve is a small (14-acre) oasis in the urbanized surroundings of Joliet. It is named after Edwin Way Teale, who was born in Joliet and gained world renown as a nature writer.

Teale was born in 1899. He spent his summers of childhood at his grandparents’ “Lone Oak” farm in Indiana’s dune country. “Teale credited his career to his rich childhood spent in the Indiana Dunes, where he developed a love of nature, an eye for photography and an accessible writing style,” wrote Jill Weiss of the Indiana Historical Bureau. “He immortalized his boyhood adventures in ‘Dune Boy: The Early Years of a Naturalist,’” published in 1943.

After having graduated from college, he took a teaching position at Friends University in Wichita, Kansas. He married Nellie Imogene Donovan, also on staff at the university, in 1923.

Teale became a staff writer for “Popular Science” magazine but, after 13 years and at the age of 42, he set out to become a freelance photographer and nature writer. Tragedy struck when the Teales’ son, David, was killed in Germany in 1945. Partly to offset their grief, the Teales began a series of trips across the country. In 1947, starting in the Florida Everglades, they traveled northward to follow the advancement of spring. From this experience, Teale wrote “North with the Spring.” Three other books followed on the North American seasons: “Journey into Summer,” “Autumn Across America” and “Wandering Through Winter,” which in 1966 won the Pulitzer Prize for General Non-Fiction. Teale was the only nature writer up to that time to win the award. The Teales drove 75,000 miles in following the seasons unfold in America.

The couple left their home in Long Island, New York, in 1959 to live on a rustic farm in Hampton, Connecticut, which they named Trail Wood. The farm bordered the Natchaug State Forest. 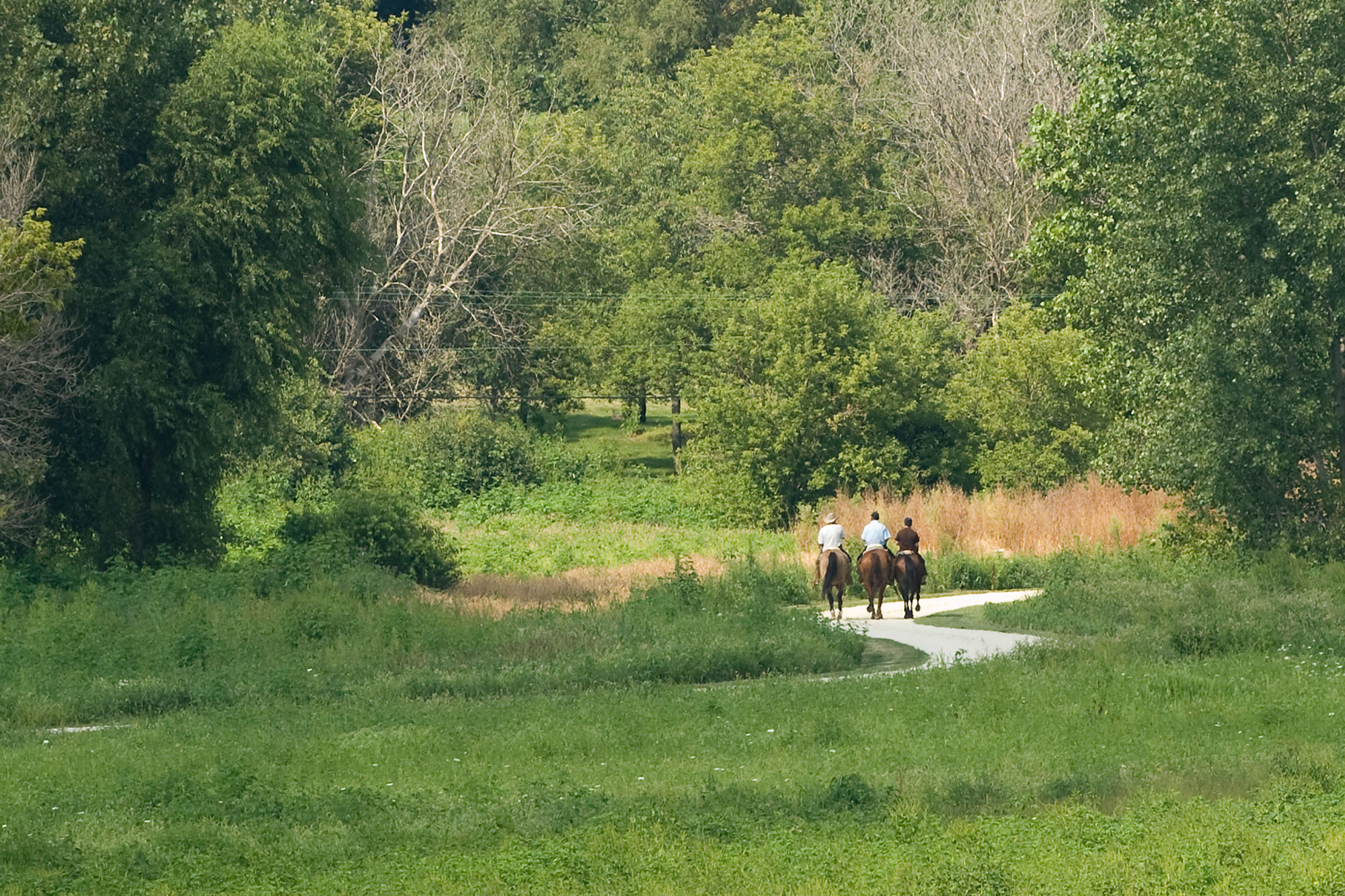 Hadley Valley consists of 726 acres that spans the City of Joliet and the Village of Homer Glen. It offers three visitor access areas at Route 6, Gougar Road and Bruce Road.

The Forest Preserve District partnered with multiple agencies on a large-scale stream and dechannelization and wetland and wildlife habitat restoration project in the preserve. The project won the prestigious National Planning Excellence Award for implementation from the American Planning Association in 2011.

Hadley Valley’s name is derived from its location atop the Hadley aquifer, a narrow strip of sand and gravel approximately 2 miles wide and 60 feet thick. Five wells were first sunk into the aquifer to provide Joliet with water in the early 1950s. According to Jim Eggen, director of public utilities at the City of Joliet, these wells underwent a major rehabilitation in 2005 and today, each well draws about 500 gallons of water a minute for a total of 2,500 gallons a minute at peak capacity. The city has a total of 26 wells in shallow and deep aquifers to supply its water.

According to a 1964 paper entitled “Ground Water Development in Several Areas of Northeastern Illinois,” the Hadley Valley aquifer “is recharged at an average rate of 300,000 gallons per day per square mile directly from precipitation and from the induced infiltration of water in Spring Creek which transects the Hadley Valley area.”

The name Hadley is locally historical and was likely the origin for the aquifer’s name. “The first post office was established in Homer Township in 1836,” relates “The History of Will County, Illinois 1878.”

“The office was called Hadley, for Hadley, Mass., from which some of the settlers came who were active in getting it.”

Further, “The first church organized in Will County is said to have been the Presbyterian Church at Hadley.”

For a time it appeared that Hadley was on its way to “becoming a town. At one time it boasted two stores, a post office, blacksmith-shop, church, etc., but railroads and the [I & M] canal changed the order of things, and the glory of Hadley waned.”

Behind the name of each forest preserve is a story. These are just a few of those accounts.

Special thanks to Bill Kohl and the Bolingbrook Historical Society for their assistance with this article.