When bald eagles dive-bomb their prey, it's an incredible visual display

Bald eagles — America's national bird — are some of the beautiful creatures you'll ever see, and thankfully still can now that they've bounced back after conservation efforts helped them come back from the brink of extinction.

Locally, the population is booming thanks to the abundance of waterways, which provide plenty of opportunities to hunt fish.

"The bald eagles command attention when they fly over," said Chris Gutmann, facility supervisor at Four Rivers Environmental Education Center in Channahon. "It's such a large, majestic bird to see in person, and longtime birders watch them in awe."

Recently, there have been a number of impressive sightings near Chicago. For example, there was the time 14 eagles flocked to the same spot near Lake Calumet, and nests also have been popping up close to O'Hare.

"I think it's an incredible success story," Cook County Forest Preserve Chief Biologist Chris Anchor told WTTW. "They've gone from being on the endangered species list and basically nonexistent in the southern Great Lakes basin to being a nesting species in the third largest metropolitan area in North America."

It's estimated that the global breeding population is around 250,000 birds, with 88 percent of them spending at least some part of the year in the U.S.

The birds are an impressive sight, regardless of whether they're mid-flight or simply sitting atop a nest on the lookout.

But when they dive-bomb the water for that meal, it's truly a sight to be seen.

Sometimes it's best to slow things down to capture the full effect:

We've been fortunate to witness this incredible display in person many times on trips to places such as Isle a la Cache and McKinley Woods in Channahon.

This photo proves nature doesn't always have to be pretty: 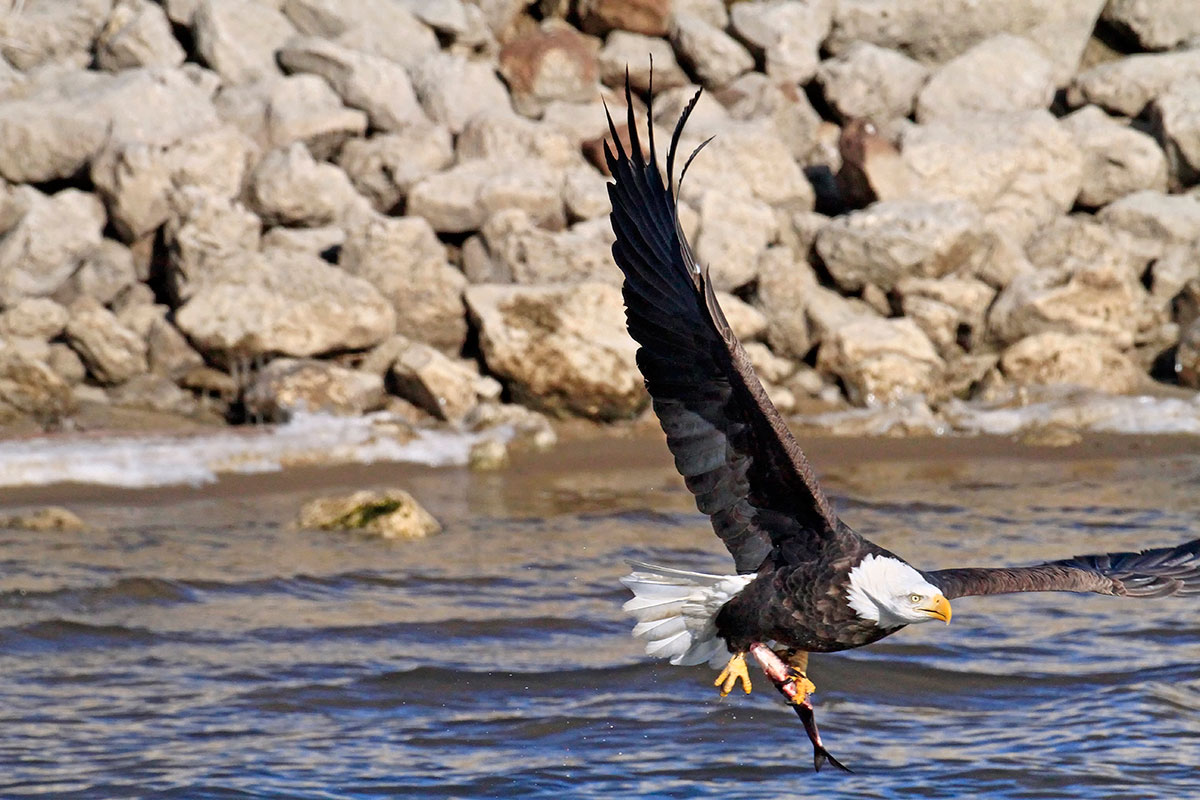 Like most animals, eagles opt for prey that's easiest to catch.

Here, a fish that has already met its demise can be seen floating in the water, making for an easy catch. 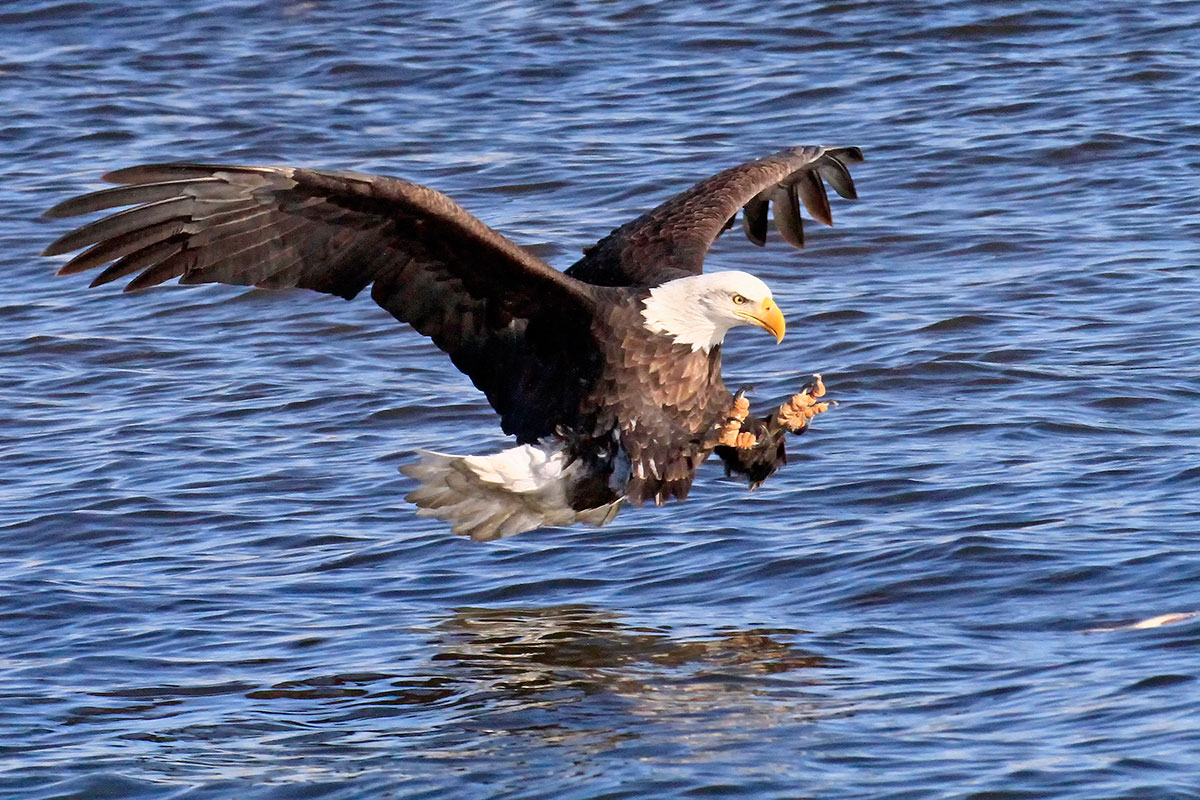 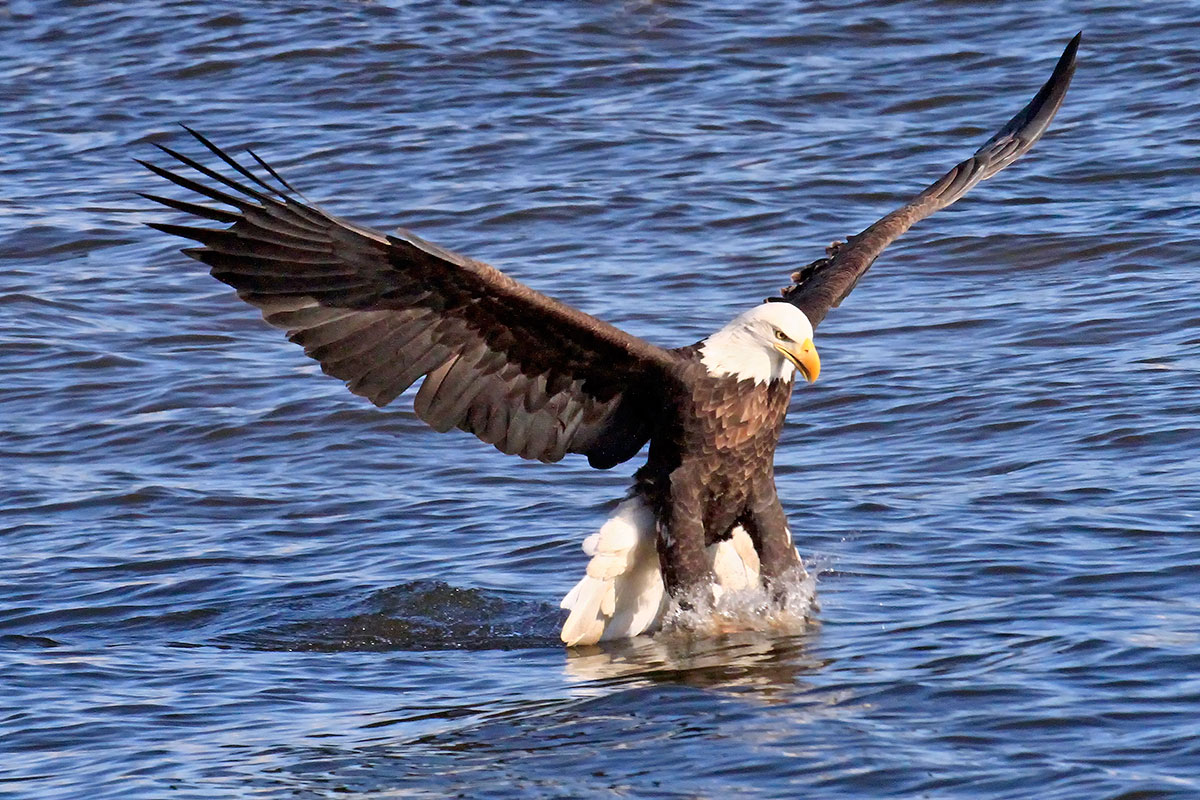 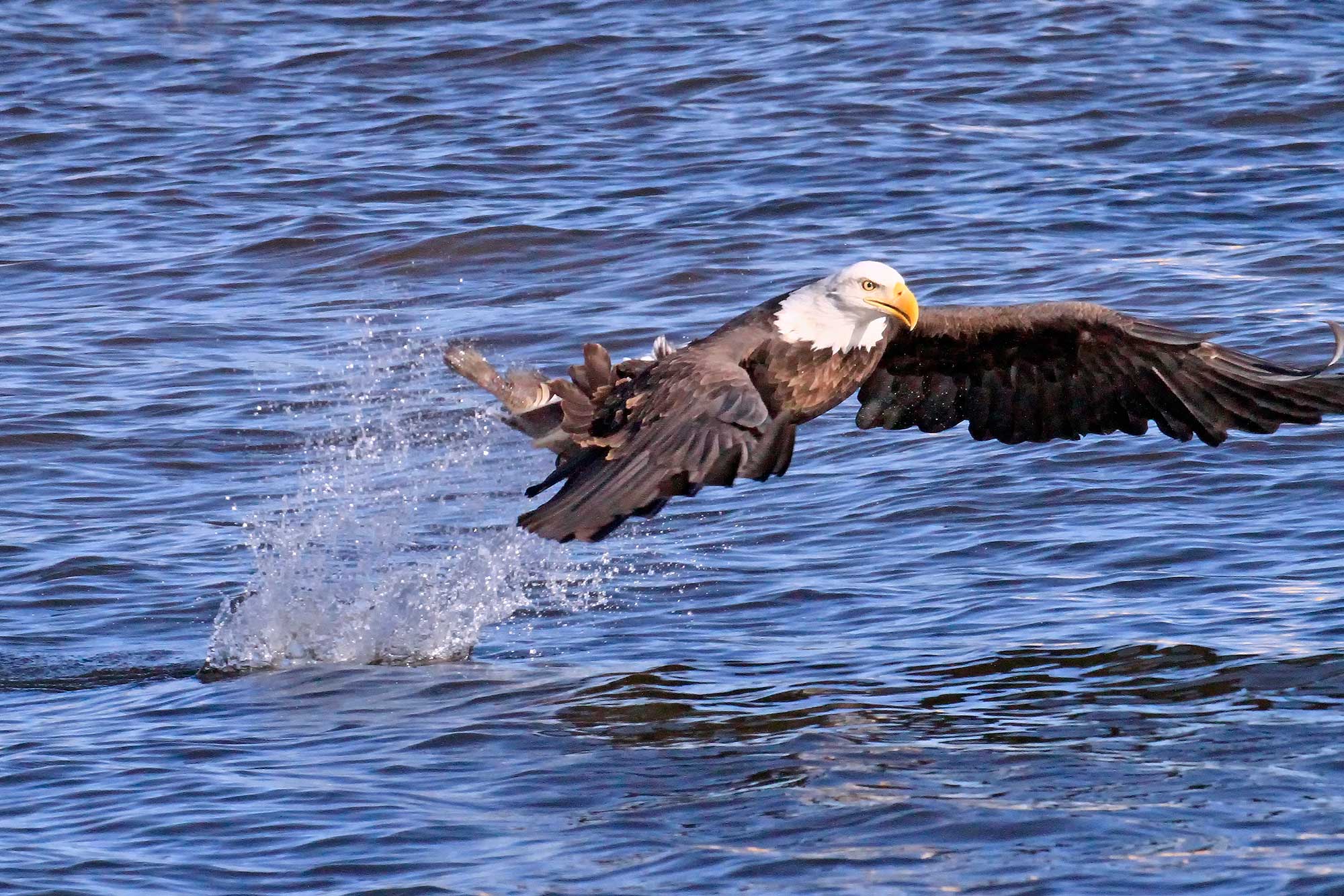 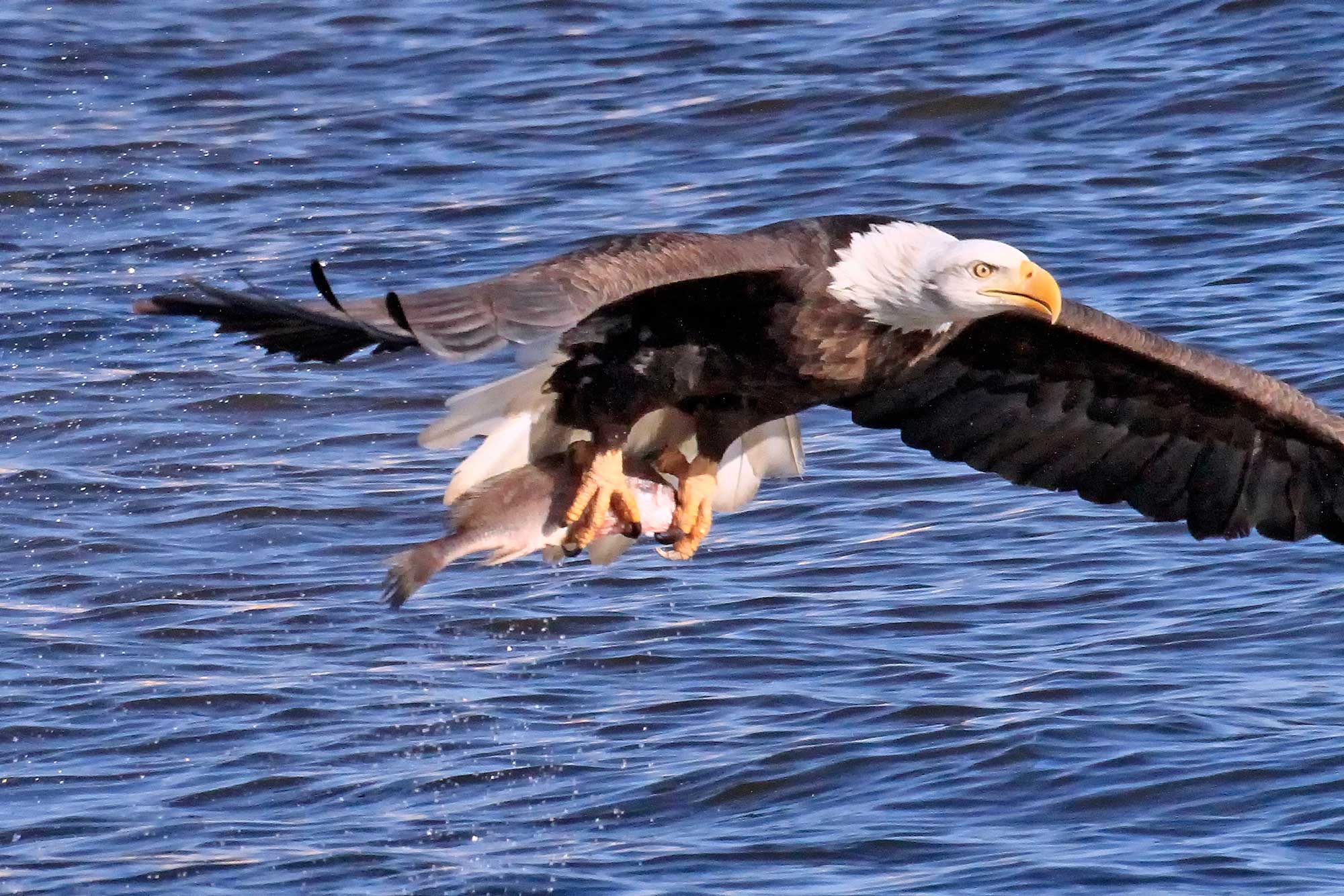 They also can treat nature as if it's a free buffet line, gorging on an insane amount of food at once and then digesting it over the course of several days.