They slither. They climb. They freak people out.
But don't worry, the locals are harmless.

There's no way to sugar coat the topic of snakes.

Either you love them, or you hate them. And if you hate them, you really hate them, and it's likely because of a deep-rooted fear that can be traced back to our distant primate past, when snakes posed one of the greatest threats to survival.

"This feeling is really common," child psychologist Vanessa LoBue told LiveScience. "We don’t see snakes all the time. There's really no reason for this overwhelming disgust or hatred of snakes."

Just the sight of a snake — whether or not it's eating, then regurgitating a live snake — can often result in a reaction kind of like this:

If you've ever spent time in one of the District's preserves, odds are you've seen one of the many species of legless wonders that live there.

Should you be afraid? Should you go running for cover? The simple answer is no.

"We have no venomous snakes in our preserves," said Forest Preserve District of Will County Wildlife Ecologist Glen Buckner.

Even though some will insist a photo shared on social media is a water moccasin, cottonmouth or rattlesnake, that's just not true.

The Illinois Department of Natural Resources lists four venomous snakes in the state — the copperhead, cottonmouth, timber rattlesnake and the massasauga — and their range is in southern Illinois, not Will County. The massasauga was last documented locally 20 years ago and now is considered extirpated.

"While it isn't impossible one had hitched a ride on a barge or been dropped off, there are no records of them in the preserves," Buckner said.

"The snake would not survive the winters here."

There are, however, more than a dozen other harmless and fascinating snakes that have been documented locally. The most common is the garter snake, and the biggest snakes seen in person by staff are bull snakes.

Buckner estimates one at Kankakee Sands Preserve was in excess of six feet.

Bull snakes are the largest native species in the United States, with the biggest one on record being measured at just over eight feet long.

Other snakes that can be found in the preserves include:

"Occasionally Northern water snakes will do threat displays, which make them look like cottonmouths, and Fox snakes will shake their tails and posture, but neither is dangerous," Buckner said. "Just leave them alone and they will move along."

But, not before you snap a picture. 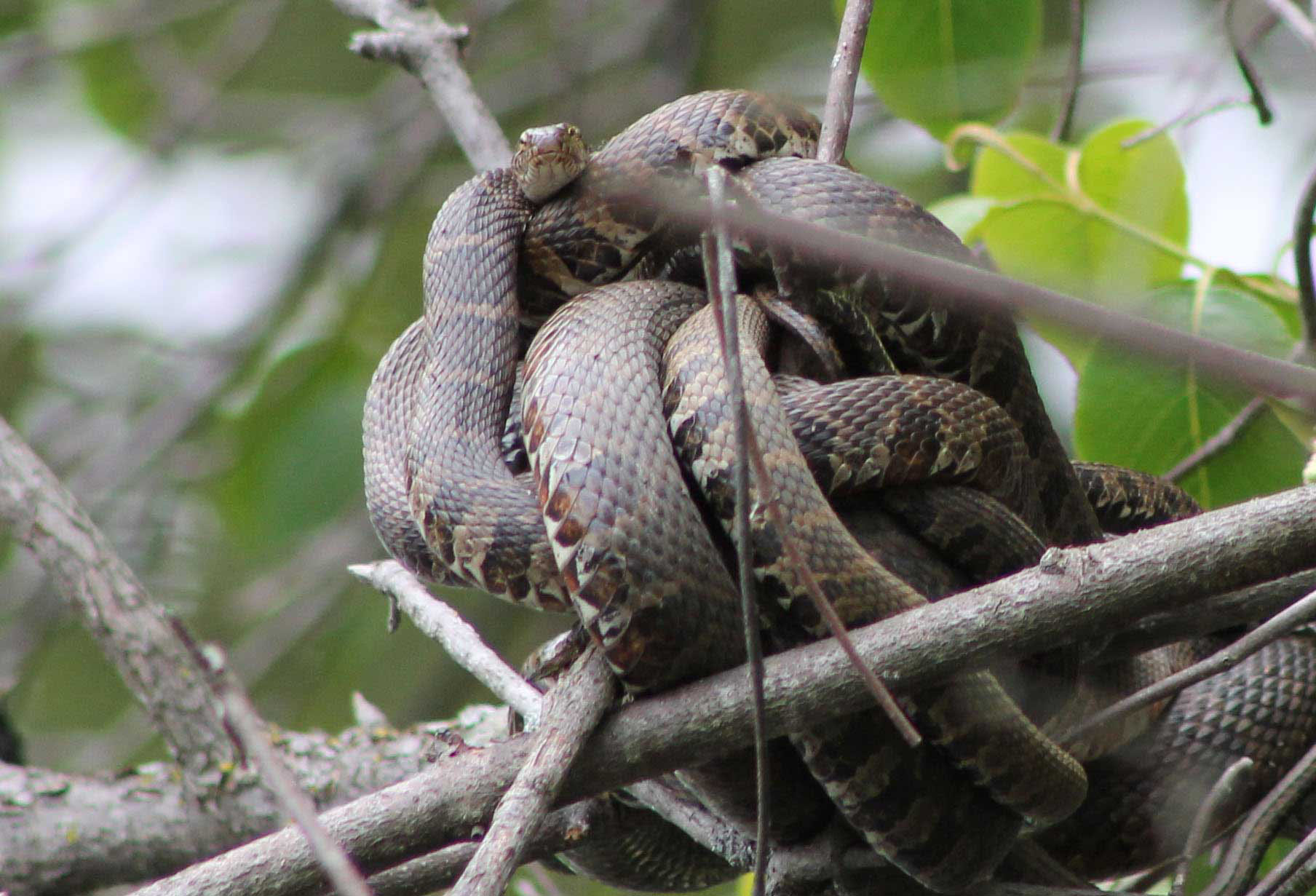 Northern water snakes are extremely common in these parts, and they're the ones most likely to be confused with a water moccasin.

You can tell them apart by looking at their heads and neck.

"Water moccasins tend to have blocky, heavy heads, and thick stocky bodies for their length," according to Bill Heyborne, a herpetologist and professor of biology at Southern Utah University. "They also tend to have a more distinctive neck."

Water snakes have a narrower and rounder head, as well as a more slender body. 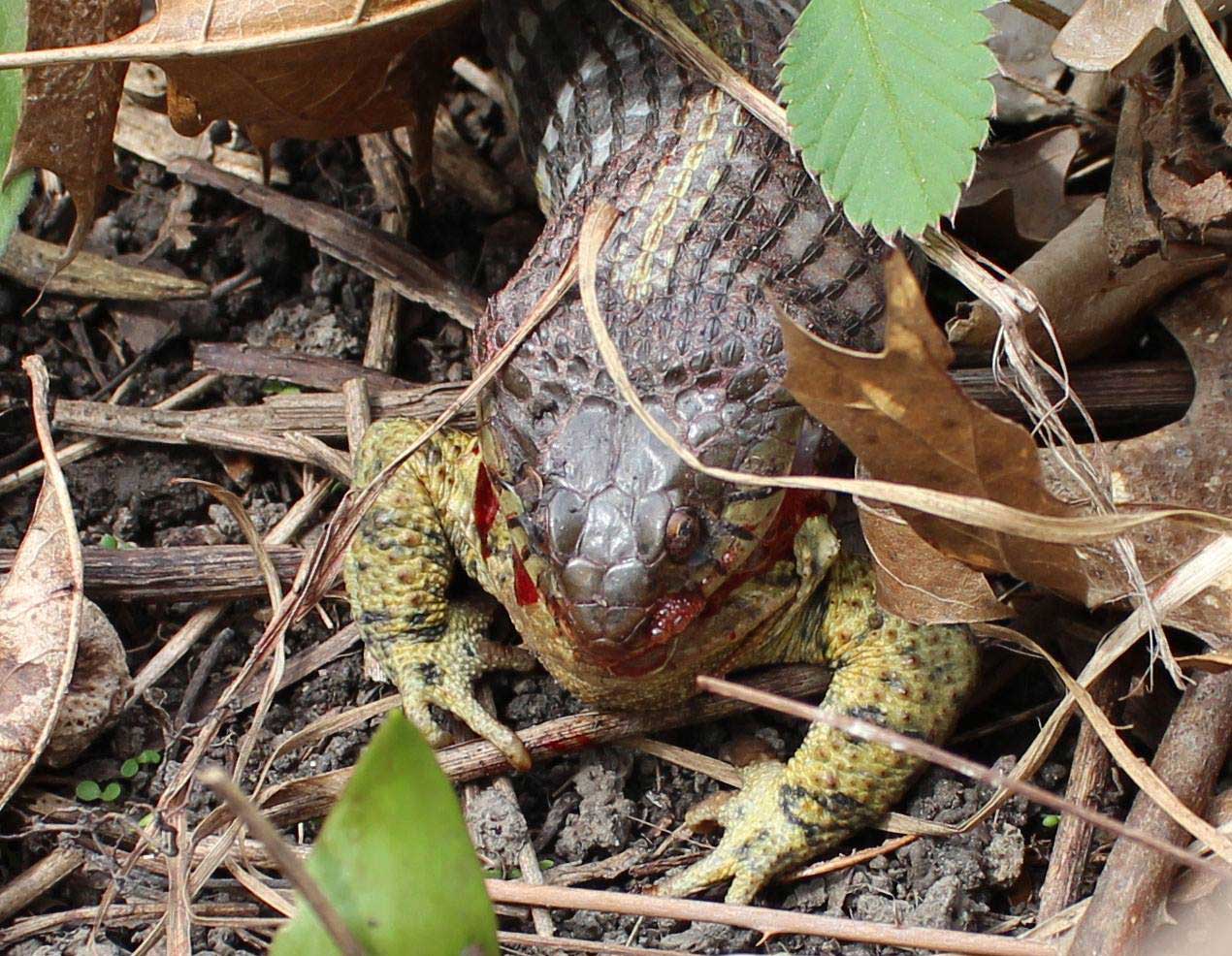 Garter snakes get their name from its striped appearance, which looks similar to garters men commonly wore to support their socks.

They often can be found in marshes, woodlands, hillsides, and vacant city lots.

They've also been known to invade homes in spectacular fashion, with one Idaho residence being called "Satan's Lair" of serpents.

Every now and then, garter snakes will also mug for the camera, such as this one below along Centennial Trail. 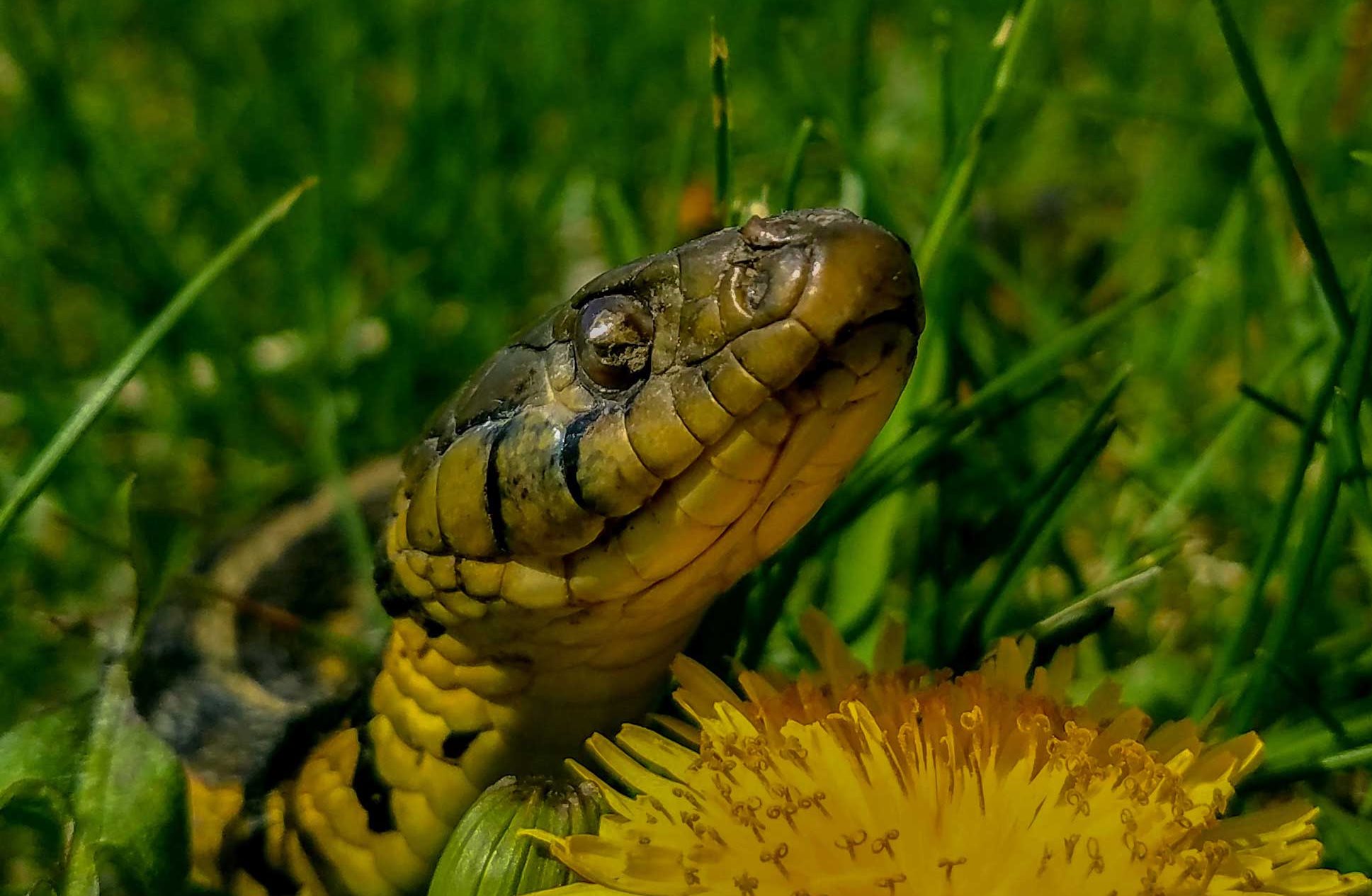 We've also been fortunate to have opportunities to spend some quality time with a garter snake right outside Plum Creek Nature Center.

While in the preserves, it never hurts to look up at and around your surroundings, because you never know what will be lurking above in a tree.

Although, based on the next photo, it would be nearly impossible to miss this beauty. 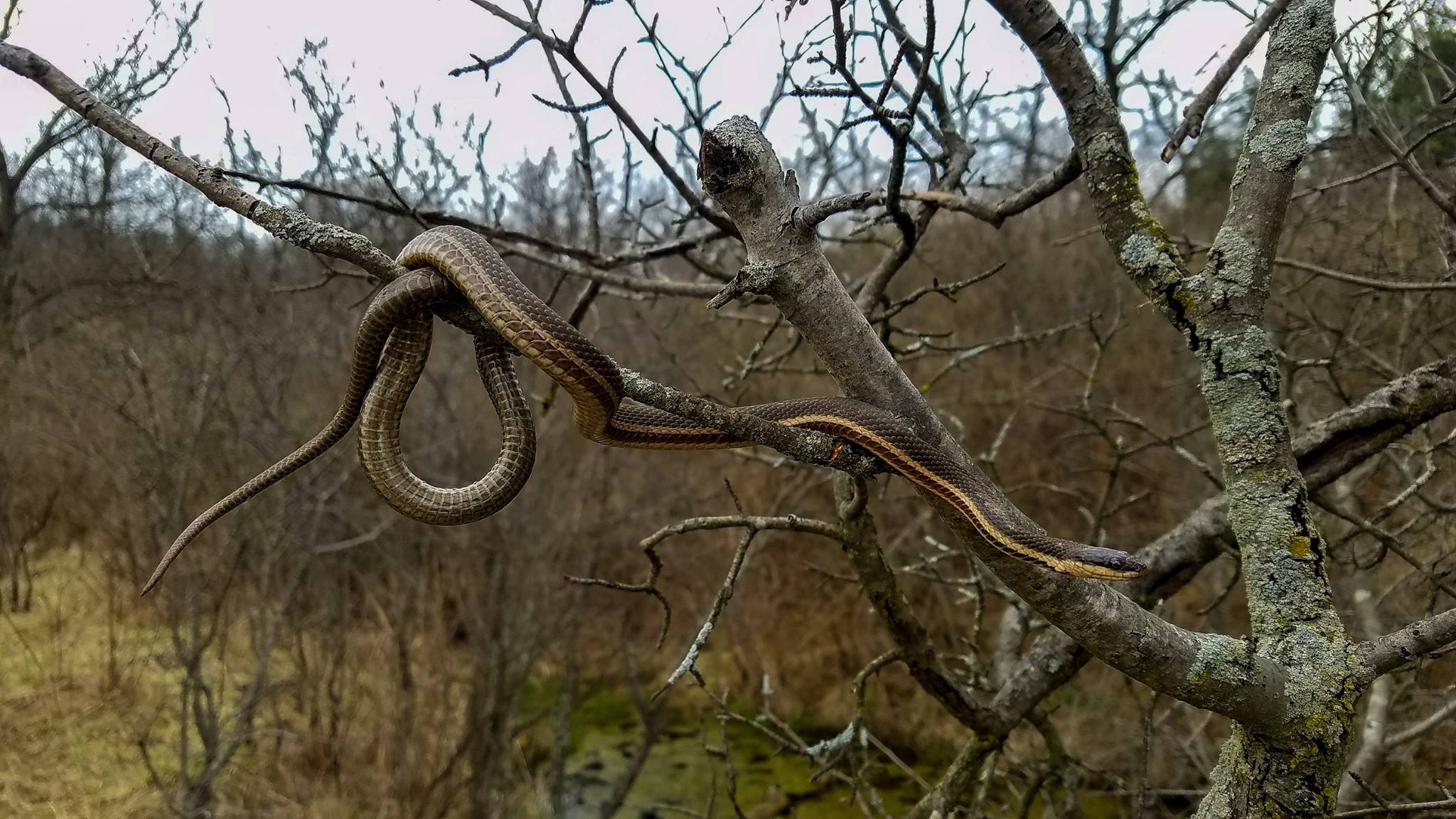 This one, which was seen along the Centennial Trail, is commonly found in the northern half of Illinois and can be spotted along creeks and rivers.

Females will give birth to up to 20 babies in late summer — each of which can be up to six inches long — and the babies will be able to move about independently and fend for themselves almost immediately.

How to tell if a snake is venomous

These tips may not come in handy in the field — as you'd have to get fairly close to it — but can serve as a solid guide when trying to identify whether or not it's a killer snake in the photo.

The snake is venomous if it has:

Don't believe everything people tell you about snakes.

For example, snakes are not slimy. And if someone tries telling you only coiled snakes will strike, that's completely false. Also, milk snakes do not stalk milk sources.

But here's the one that's most likely to freak you out: The idea that snakes cannot bite you while they swim is false.

They can, and will do more than just bite. On a recent venture out to McKinley Woods in Channahon, we witnessed it in person. 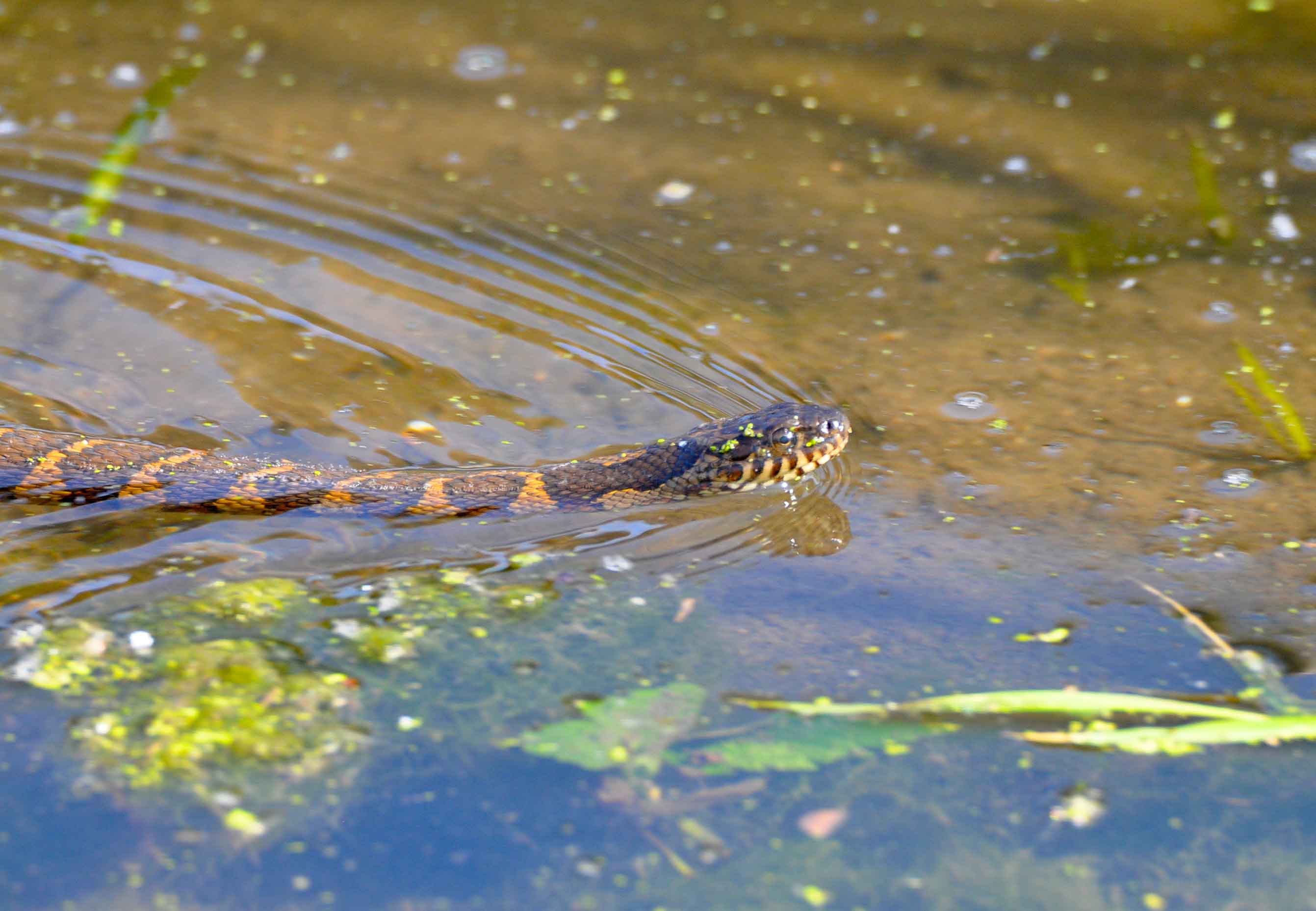 This northern water snake was just doing its thing. 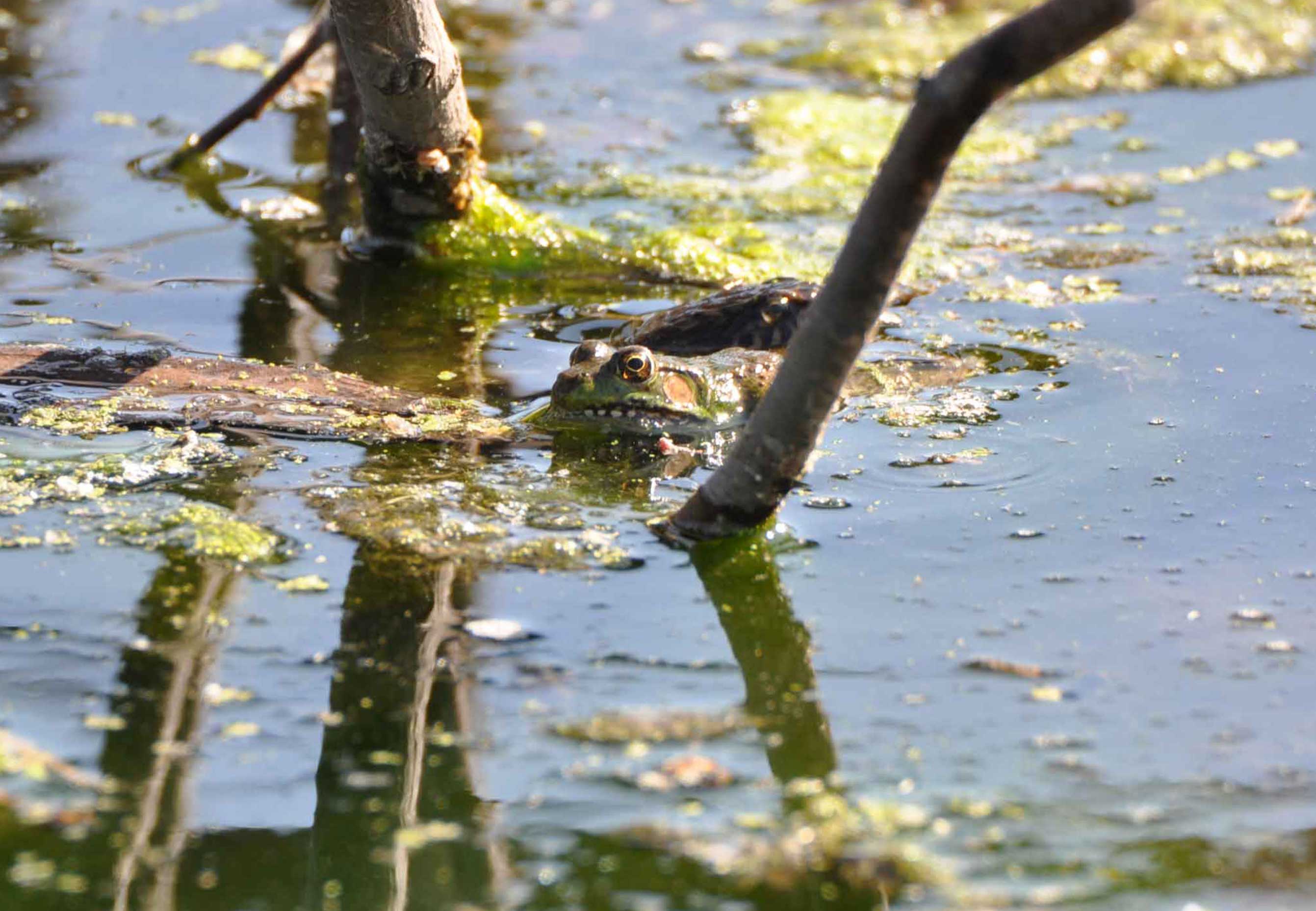 This frog was just minding its own business.

But then the snake crept up on it ... and you probably know which direction this sequence of events is headed. 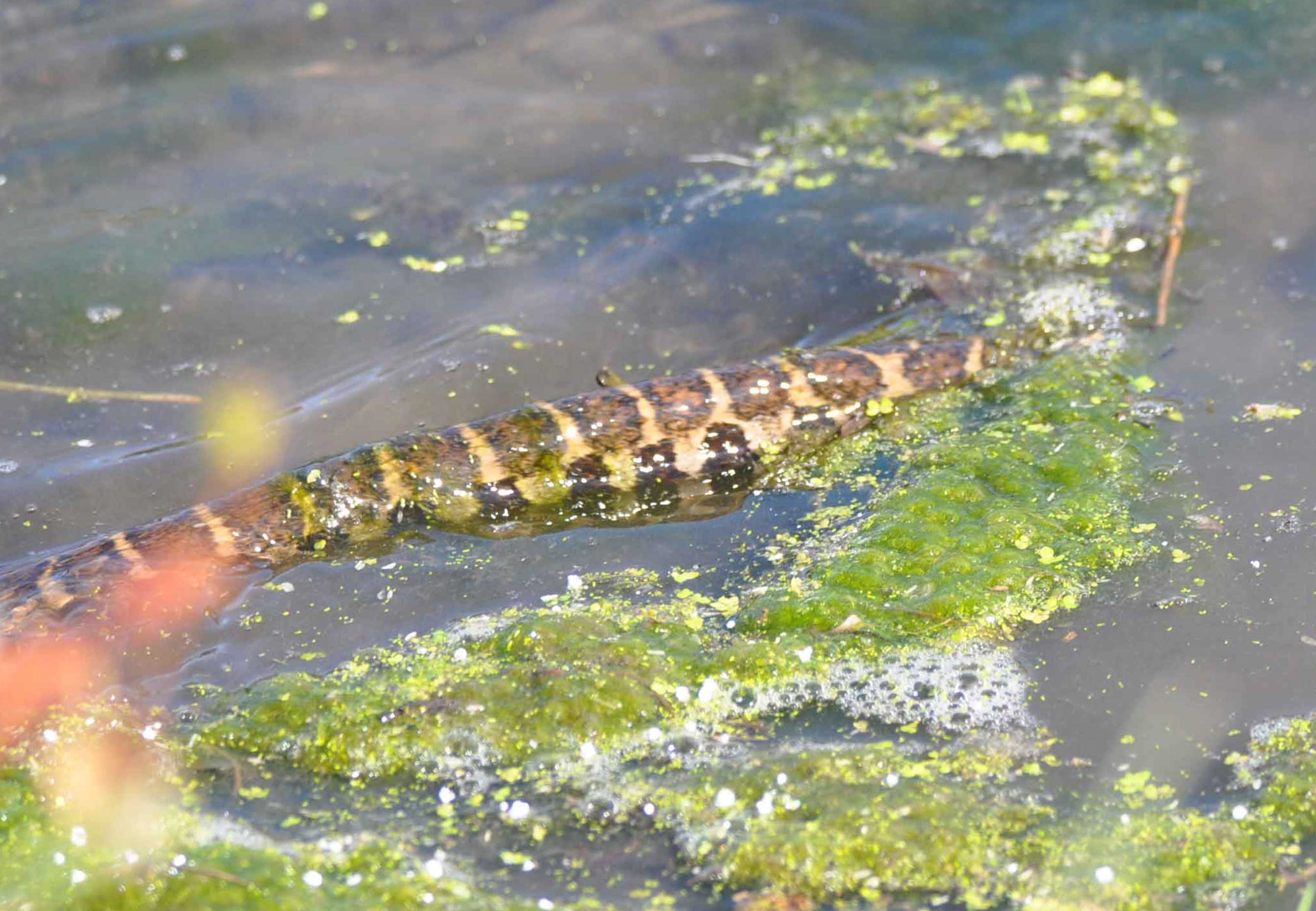 The snake ate the frog. While swimming.

And if you look closely, you can see the frog inside the snake.