Social by day, solo by night

Among the birds that roost at Lake Renwick Heron Rookery Nature Preserve, the black-crowned night heron is probably one of the most curious.

Relatively moderate in size in comparison to most other heron species, the night heron stands about 2 feet tall on average. Its thick neck and short legs make for an interesting silhouette. With its head tucked tightly into its shoulders, the night heron’s body naturally looks as if it’s in a hunched position.

The bird has dark feathers on its back and head, gray plumage covering its sides and white to light gray feathers marking its chest. A quick glance can make it appear the heron has decked itself out in formal wear, donning a dark cape, a gray vest, and the famous black crown which tops its head and its name.

A social character during the day – often nesting in groups that include other bird species – this stocky creature tends to seek out solitude as evening descends and its hunting time nears. 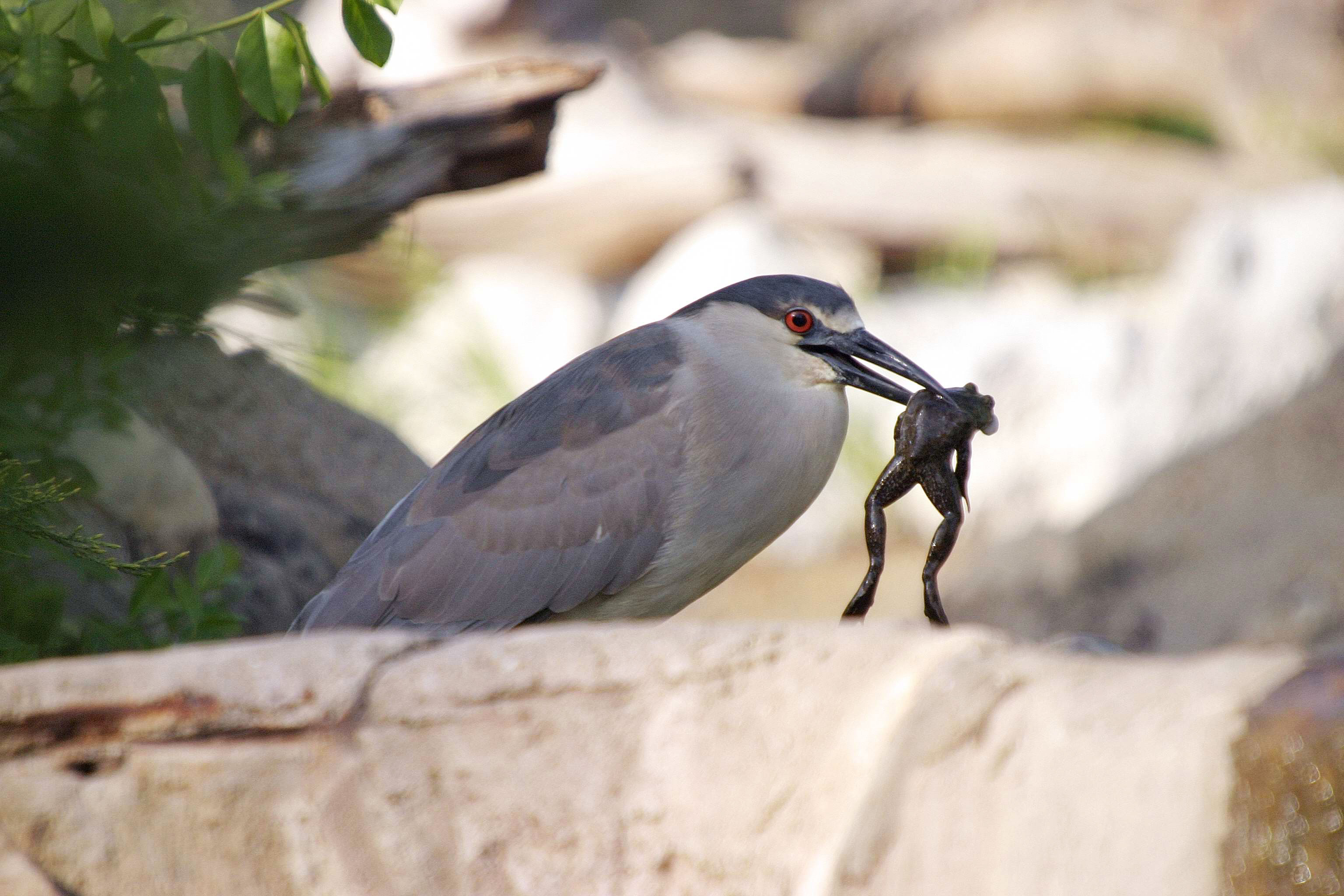 Because the night heron is a nocturnal animal, it spends its days being highly inactive, relaxing in trees or brush near the water’s edge.

At times, it can remain as still as a statue, seeming almost on the brink of lethargy.

But as night approaches and most of its counterparts are settling in for the evening, the night heron begins to gear up in its quest to forage for food.

It’s suggested that black-crowned night herons feed at night to avoid competition from other herons and egrets during the day. They may stand in place for long periods waiting for prey to cross their paths or walk very slowly along the water’s edge while keeping a watchful eye. They also vibrate their bills in the water which lures prey to investigate. 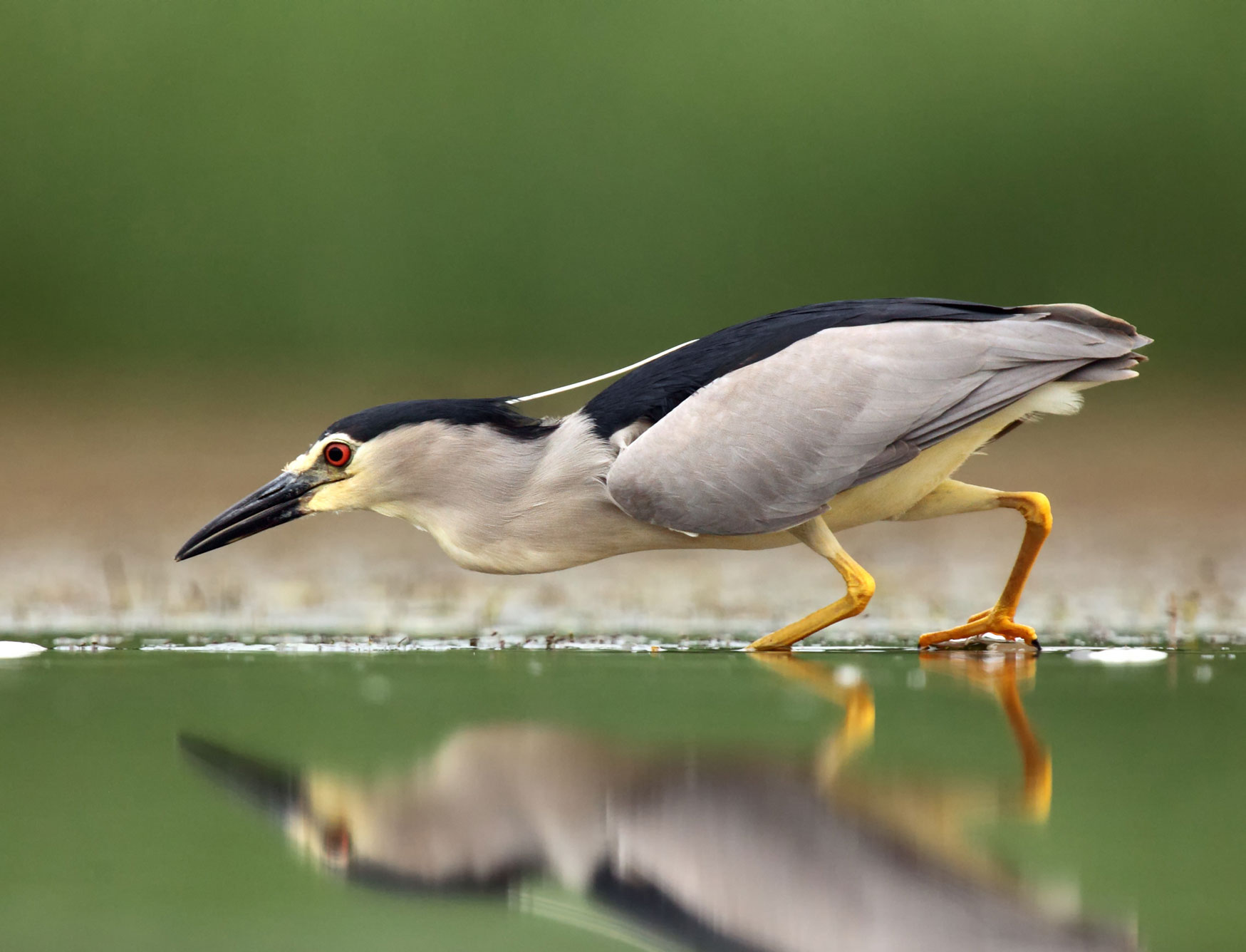 Having a serrated beak allows the night heron to firmly grasp its food and shake or beat it into a daze. While they forage mainly at night, these birds can sometimes be seen seeking out food during the day as well, particularly in breeding season when additional energy is needed.

Usually hunting between evening and early morning, this proverbial “night owl” has an appetite that’s diverse, including fish, frogs, insects, crustaceans, snakes, rodents and even other birds.

Other Tasty Morsels About the Night Heron 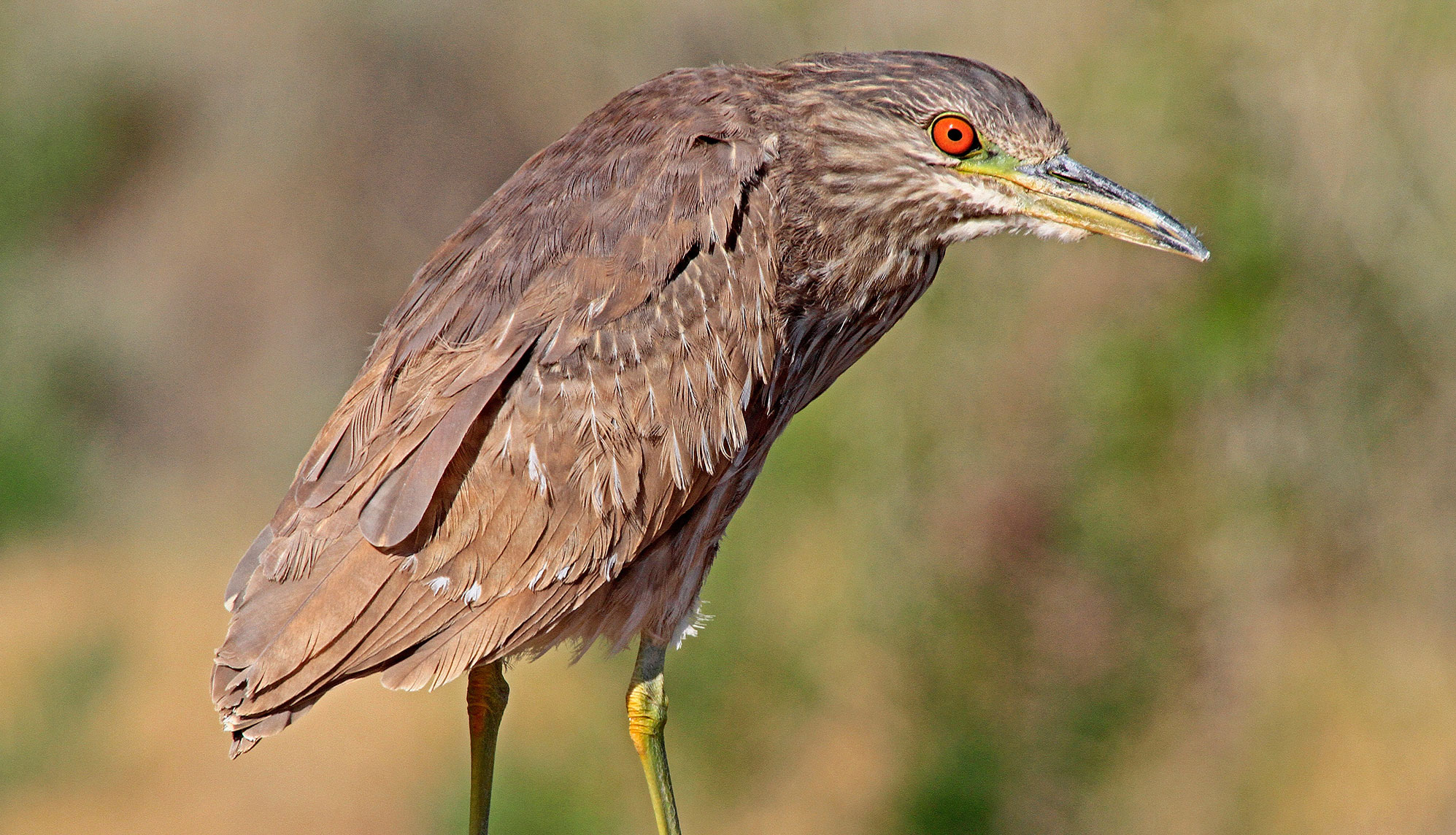 According to Bob Bryerton, an interpretive naturalist at the District’s Plum Creek Nature Center in Crete Township, many people may have seen a night heron before without even realizing it. “Night herons are similar to gulls in terms of size and have the same color underbelly,” he explained. “On the ground, it’s easy to distinguish between the two. But in flight, a night heron can be mistaken for a gull, especially in the evening light.”

Night herons and ring billed gulls have similar wingspans as well (about 4 feet for a night heron, and a few inches longer – around 50 inches – for a gull). However, gulls have a more slender body frame.

In Illinois, the black-crowned night heron remains on the state endangered list. This species was placed on the list in 1977 and remains there because of its past history of decline, its small population numbers and the threat to its habitat.

See the black-crowned night heron in person by attending one of the Forest Preserve’s upcoming bird viewing programs. 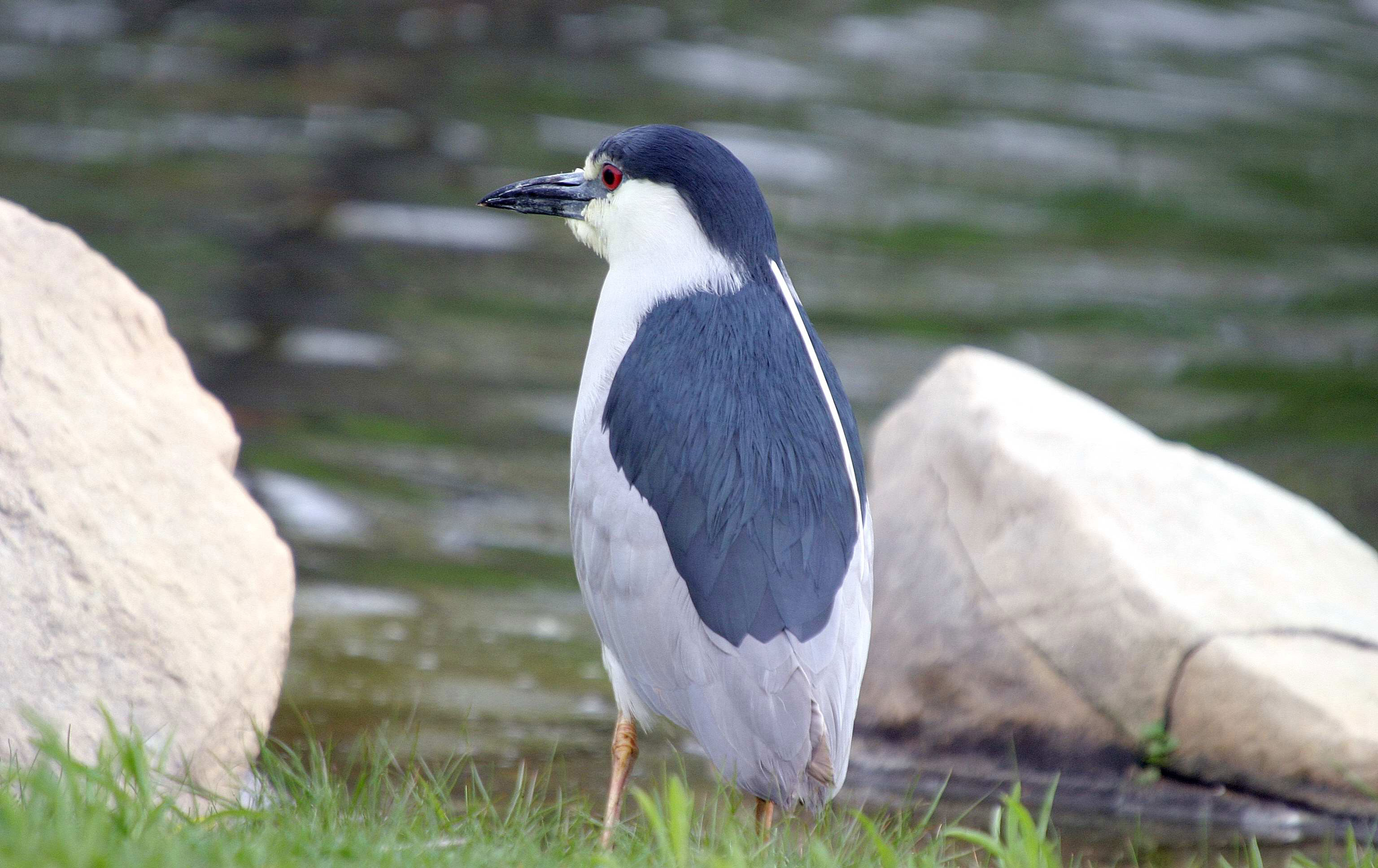