'Zombie snakes' have gone viral, but they aren't dangerous to humans 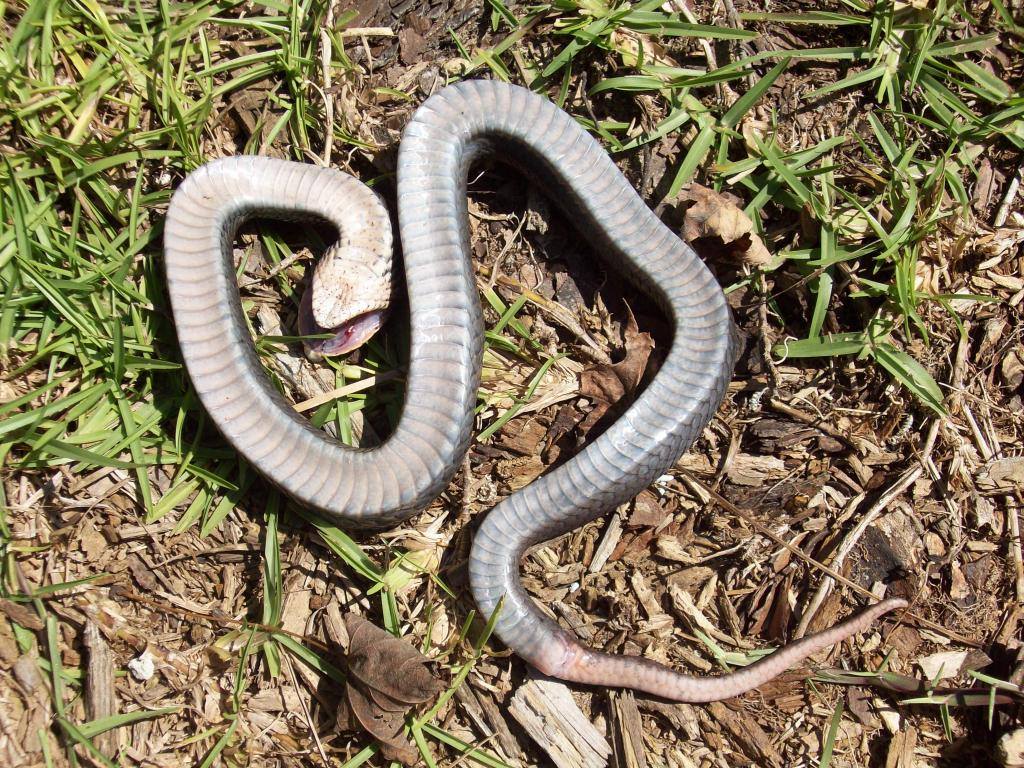 It's the stuff nightmares of made of: zombie snakes that play dead.

North Carolina State Parks and Recreation took to Facebook recently to share photos of the so-called "zombie snakes," warning residents and visitors to stay away should they happen to come across one that looks dead, because its lifeless appearance may just be a decoy to protect itself.

The zombie snake is, in fact, an eastern hognose snake, a snake common across the eastern United States, including Illinois. They aren't venomous and pose no risk to humans, and their playing dead routine is actually a last line of defense against predators.

Eastern hognose snakes are commonly preyed on by foxes, raccoons, opossums, hawks and other large predatory birds and even other large snakes, such as king snakes, according to the University of Michigan Museum of Zoology. When under attack or threatened, the snakes will lunge at and attempt to bite their predators. If this fails, they will engage in "death feigning," which is essentially playing dead, just like opossums famously do in the face of danger.

When the snake is death feigning, it will flatten its head and neck to make it appear larger and then hiss, fill its body with air, roll over on its back and open its mouth and let its tongue hang out. If the snake is flipped over while playing dead, it will typically flip itself over again and continue its defensive acts, the Museum of Zoology reports.

Instead of watching clouds to see if we can keep weekend weather on track, let's play a game! Who is this “famous” NC...

Eastern hognose snakes will bite when threatened, but they rarely bite humans. In addition, its bite is harmless to humans, although it may cause some swelling around the bite area, according to the Florida Museum.

The eastern hognose snake is one of several snakes common throughout Illinois and in Will County preserves. But rest easy, because no snakes found locally are venomous.

Eastern hognoses are commonly found in fields and along the edges of wooded areas. They are sometimes found near water, but are most often found in dry, well-drained areas, according to the Museum of Zoology. And good news: While these snakes may occasionally make their way into a barn or greenhouse, indoor environments are not typical habitats for them.

These snakes have thick bodies and wide heads. The hognose in their name refers to their upturned snouts, by which they can be easily identified, according to the University of Georgia Savannah River Ecology Laboratory. They can be between 3 feet and 4 feet long, and their coloring can vary, ranging from light brown or gray to red, tan, greenish- or yellowish-gray or even dark gray or black.