What's the difference?: Dragonfly vs. damselfly 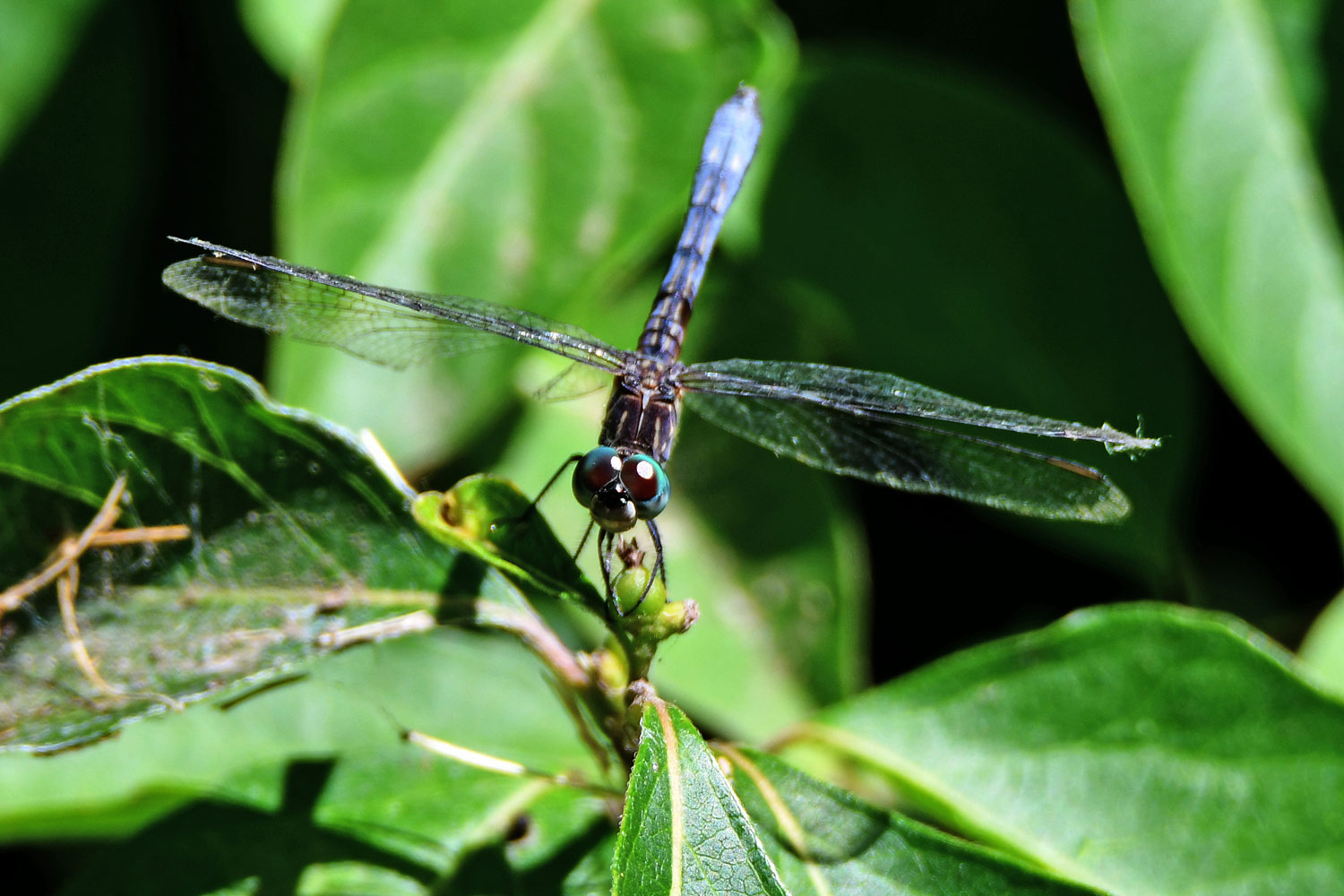 If you've ever spent time near a pond or stream on a beautiful summer day, you've likely been buzzed by a dragonfly or two. Or maybe it was a damselfly. How can you tell the difference?

Dragonflies and damselflies are similar, both belonging to the Odonata subspecies of insects. More than 5,000 species of these insects exist, with dragonflies being more common than damselflies, according to Insect Identification.

Both dragonflies and damselflies are typically found near fresh water and are commonly seen during warm, sunny days. And while they share some physical characteristics, there are four ways you can differentiate between the two, according to Mother Nature Network.

Dragonflies have much larger eyes than damselflies. A dragonfly's eyes take up most of the insect's head, wrapping around to the sides of its head. Damselflies also have large eyes, but they are smaller than a dragonfly's and there is always a space between their eyes.

Damselflies are smaller than dragonflies, with bodies that typically range between 1 1/2 inches and 2 inches, while dragonfly bodies are typically longer than 2 inches, Wisconsin Public Radio reports. Dragonflies also have thicker, bulkier bodies, while damselfly bodies are thin like a twig.

Both dragonflies and damselflies have two sets of wings, but there are some distinct differences in their wings that can help differentiate between the two. Dragonflies have two sets of similar-sized wings, but the hind wings become more broad at the base, where they attach to the body. Damselfly wings, on the other hand, are more slender and taper toward they base, where they attach to the body.

While the wings of dragonflies and damselflies are a key distinction between the two, how they position their wings while not in flight further helps tell them apart. When not in flight, a dragonfly's wings stick straight out, perpendicular to their body like an airplane's wings. A damselfly's wings fold back so they are in line with their body, giving them a more sleek, slender appearance at rest.