Love birds? Here are six easy ways you can help them 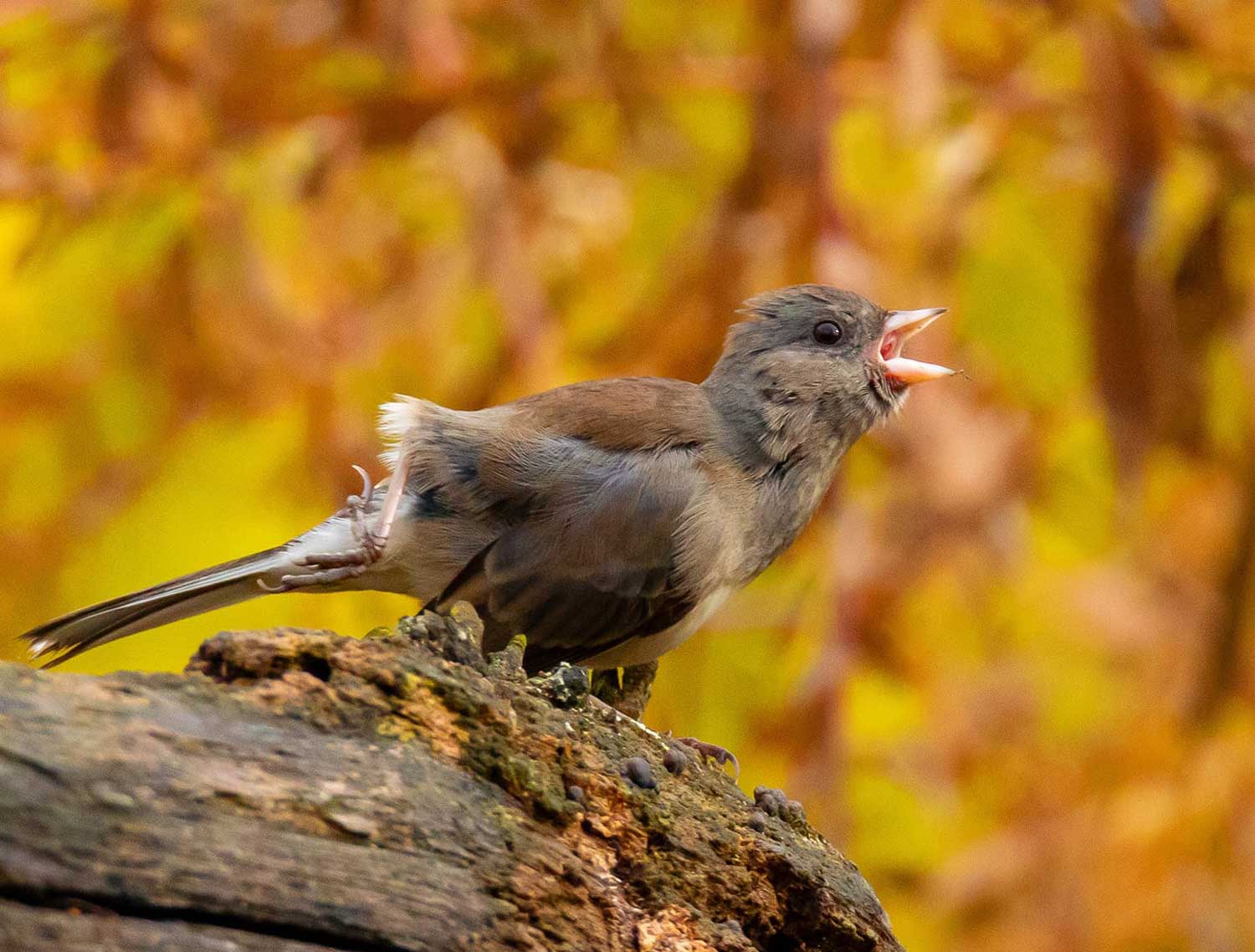 If the skies seem more empty to you today than they did years ago, you're not wrong.

The United States and Canada are home to 2.9 billion fewer birds than they were in 1970 — a drop of 29 percent in the past 50 years, according to an alarming study published in Science. Grasslands birds like many we have here in northern Illinois have been among the hardest hit, with 717 million fewer birds than in 1970.

The reasons for the sharp decline are many, but some of the more significant are habitat loss and widespread use of pesticides, the New York Times reports. In grassland areas like Illinois, agricultural practices and development have taken a toll.

“Every field that’s plowed under, and every wetland area that’s drained, you lose the birds in that area,” the study's lead author, Dr. Kenneth V. Rosenberg, a conservation scientist at Cornell University and the American Bird Conservancy, told the New York Times.

Some of the losses are staggering for individual bird species. Since 1970, more than 175 million dark-eyed juncos have been lost; the population of white-throated sparrows has dropped by more than 93 million in the same period, according to the American Bird Conservancy. Of the almost 3 billion birds gone, 90 percent are concentrated among 12 bird families, including blackbirds, finches, sparrows, swallows and warblers.

These losses have far-reaching effects that go well beyond the avian world. Birds aren't the only animals facing population declines. We've also seen alarming declines in the population of amphibians, insects and other animals, the bird conservancy reports.

Addressing these staggering population declines will require a massive, coordinated effort across all of the U.S. and Canada. These large-scale efforts to preserve habitats may be out of reach for most people, but there are some simple and easy steps you can take to have a lasting impact.

Here's a look at what you can do at home to help save the birds.

Keep your cats inside

Cats kill an almost incomprehensible number of birds each year — about 2.6 billion, according to the Cornell Lab of Ornithology. Yes, that's billion with a B. Other than habitat loss, cats are the No. 1 human-caused loss of birds.

While feral and homeless cats are the biggest threat, accounting for two-thirds of feline bird kills, pet cats also contribute to the death toll. You can easily do your part to help keep birds safe from our feline friends by keeping your cats indoors, the Cornell Lab advises. If they enjoy their outdoor time, consider creating an outdoor "catio" or keeping your cat on a leash outside. If you need convincing that inside cats are happy cats, consider that cats that live indoors have longer and healthier lives.

As many as 1 billion birds in the United States and Canada die each year from injuries sustained after flying into windows, Cornell Lab reports. During daylight hours, birds see the reflection in the glass as an extension of their habitat. At night, many migratory birds are attracted by the lights in cities and towns and then fly toward them, resulting in collisions with windows and buildings.

You can help prevent birds from flying into your windows by making them more visible in any number of ways. Exterior screens are a good way to do this. If you don't have screens, you can affix decorative decals or hang string, ribbon or something similar from the windows, the National Audubon Society reports. Even not cleaning your the exterior of your windows so frequently can help, because dirty windows aren't as reflective.

In an effort to help prevent bird window fatalities, the Forest Preserve District recently installed bird-friendly glass at Plum Creek Nature Center. The windows look normal to people and make it easy to view the birds outdoors, but the glass has fiber in it that the birds can see, helping prevent collisions.

We Americans like our lawns pristine and weed free. To that end, U.S. homeowners use up to 10 times more chemicals per acre to treat their lawns than farmers use on their crops, according to the U.S. Fish and Wildlife Service. All these chemicals may keep the dandelions and other weeds at bay, but they are having a devastating effect on birds, bees and all manner of other wildlife.

Of particular harm to songbirds are insecticides called neonicotinoids, the most widely used insecticides in the world, according to National Geographic. A new study showed that these insecticides affect weight gain among migratory song birds. Eating seeds treated with neonicotinoids caused the birds to lose weight, which then delayed their migration. The birds eventually recovered, but delays in migration could have detrimental effects on birds surviving their journey and being able to successfully reproduce.

Neonicotinoids and other pesticides and insecticides can have other harmful effects on birds as well as insects, which many birds consume as part of their regular diet. You can do your part by maintaining a chemical-free lawn and garden and also purchasing organic produce, the Cornell Lab advises.

Your green thumb can be a boon to birds if you plant the right things. In particular, native plants are best, the Cornell Lab advises.

Avoid plastics, or at least dispose of them properly

Plastic is everywhere, and discarded plastics are slowing overtaking the planet. About 4,900 million tons of plastic are estimated to have accumulated both in landfills and in the environment, and these plastics are a huge threat to wildlife, Cornell Lab reports.

Plastic waste can have devastating consequences on wildlife, and birds are frequent victims. We've seen it firsthand in our preserves. We've found both a robin and an egret dead after becoming caught in fishing line, and we once rescued a pelican injured by fishing line that later died of its injuries.

All over the world, plastic is increasingly a concern. The problem is it takes 400 years to break down, and more than 91 percent of all plastic isn't recycled, National Geographic reports. Seabirds and birds that live near water are particularly affected by plastic waste because it often ends up in the water or along shorelines, and birds either consume it or become injured or trapped by it.

You can do your part by thinking twice before you use single-use plastic items such as bottles, straws, utensils and bags. Opt for reusable items instead. And always recycle where available. If you can't, make sure to properly dispose of all waste in trash containers.

Be a citizen scientist

Whether an amateur or an expert birder, you can make your bird-watching activities count for something more.  Consider contributing to large-scale efforts to study bird populations by participating in citizen science projects such as Project FeederWatch or eBird.

The data collected by such projects is used by scientists and researchers to determine where bird populations are struggling or thriving all over the world. This then allows scientists to respond more quickly to further study population losses or changes.

All it takes to participate in these types of citizen science efforts is an online account and a willingness to spend a little time reporting your findings.