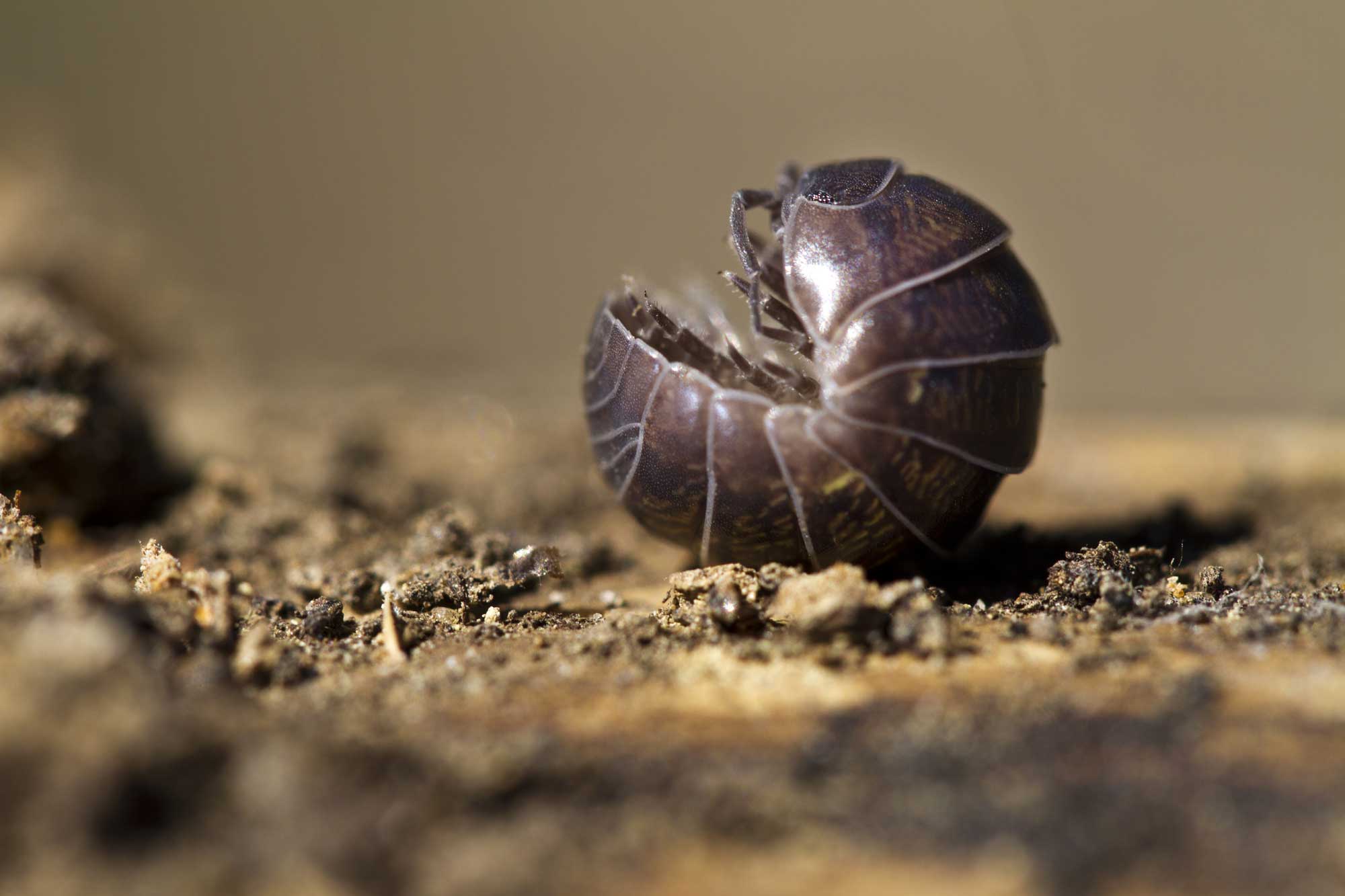 Who hasn't seen a roly-poly bug in the dirt and given it a quick touch to see it form itself into a little ball? That process that has entertained kids — and adults — for generations is a defense mechanism for the bugs, and it has a special name: conglobation, which is a big, fancy word that means "to form into a ball."

And while this ability to conglobate may be the most entertaining thing about these tiny critters – and where the term roly-poly comes from – there's much more to them than that. Here's a closer look at roly-polies and the role they play in the ecosystem.

They go by many names

Roly-poly is a common nickname for these creatures, but it's certainly not the only name they go by. Some people call them wood shrimp or doodlebugs, and in England they have dozens of nicknames, including chiggypigs, penny sows and cheesybugs, according to the BBC.

The official name for these creatures is pillbug. They are also sometimes called woodlice, because they are often found under logs. Pillbugs are sometimes also referred to as sowbugs, although they are two separate species, according to the University of Florida. One key difference between pillbugs and sowbugs is that pillbugs can roll themselves into a ball, while sowbugs cannot.

They're not bugs at all

That's right, pillbugs aren't insects. They are actually crustaceans, which means they are more closely related to shrimp, crabs and crayfish than they are to the ants and other insects that inhabit the same soil. Roly-polies are terrestrial crustaceans and the only crustaceans that have adapted to living entirely on land, according to the University of Kentucky's College of Agriculture, Food and Environment.

They breathe through gills like other crustaceans, but their gills must remain moist even on land. And although they require a moist environment, they cannot live underwater. These bugs typically range between a quarter-inch and a half-inch long, and they have seven sets of legs under their segmented bodies.

Roly-polies don't urinate because, quite simply, they don't need to. Humans and most other animals urinate to rid their bodies of waste containing ammonia. These bugs don't need to do that because they have a high tolerance for ammonia. Rather than excrete ammonia through urination, they release it as a gas through small holes in their shells, the New York Times reports.

This isn't their only unusual bodily function. Pillbugs also eat their own feces, a practice called coprophagy. Why they do this isn't fully understood, but it may be to help their bodies retain copper, a mineral they need that is often in short supply. Roly-polies also drink a little differently than most animals, because they can do it from both ends of their bodies. That's right: They can drink from their mouths, but also from their back ends, through straw-like structures called uropods.

They have a job to do, and they do it well

Pillbugs are scavengers, and they mainly eat decaying plant matter and other decomposing material. They serve as decomposers, breaking down decaying material through eating it and then returning the nutrients to the soil, Sciencing reports. Because they are sensitive to environmental changes, pillbugs are also considered a biological indicator, providing information about the health of the ecosystems in which they are found.

Roly-polies also play a role in slowing climate change, albeit a small one, according to a 2015 study. As Earth's atmosphere gets warmer, more fungal matter is produced, which then results in an increase in carbon dioxide being released into the atmosphere. However, pillbugs and some bugs in the soil eat the fungus, which in turn reduces the carbon dioxide being released.

They aren't a nuisance

Roly-polies are one of the few critters that slither or crawl around in the dirt that don't cause us to squirm and squeal. Plenty of us avoid worms and all manner of bugs but are delighted at the sight of a pillbug, happy to test its defense mechanism of rolling into a tight little ball.

And because roly-polies don't bite or sting and rarely eat living plants or crops, they pose no risk to humans and very little threat to crops and agricultural land. In fact, they have a positive effect on their ecosystem, improving soil quality, according to the University of Florida.

Pillbugs do on occasion make their way into our homes, particularly basements, but they rarely survive more than a few days unless it is a very damp environment. If you find roly-polies in your house and their cute ability to conglobate isn't enough to make you give them a free pass, take the little guys outside and then look to your home's exterior to keep them at bay.

The best way to prevent pillbugs from entering your home is to check your foundation and make sure its free of accumulations of leaves and other plant matter as well as mulch and woody material, the University of Kentucky advises. And make sure water and other moisture runs away from your foundation and doesn't pool, creating a damp environment where pillbugs can thrive.