Some squirrels are lucky enough to inherit a fortune in food stores, study shows 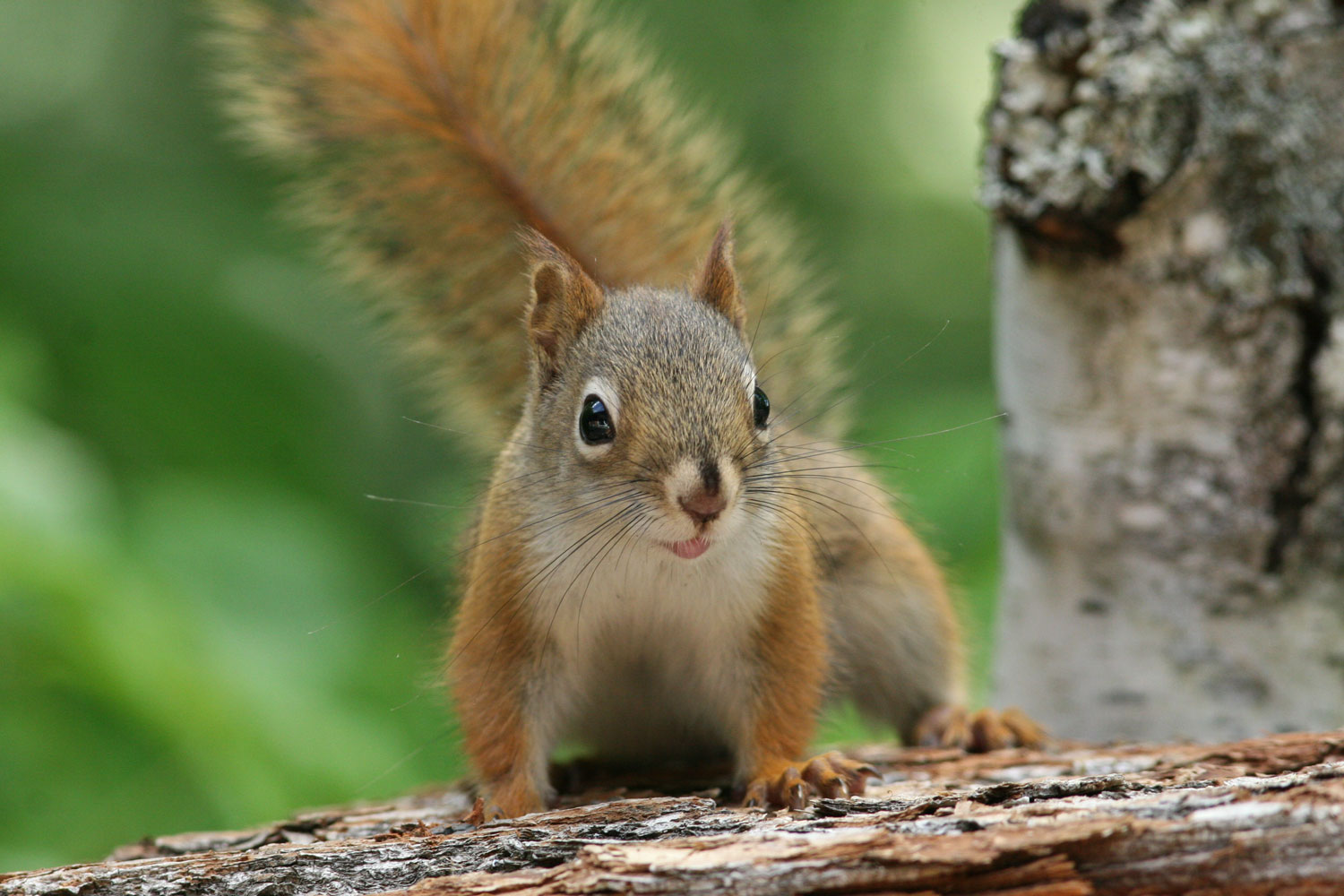 Further proving that the past influences the future, a recent study found that a red squirrel's ability to survive — and even the ability of its offspring to survive — may be dependent on the food-hoarding skills of a squirrel that has already died.

A study by the Kluane Red Squirrel Project published in February's Ecology Letters found that young red squirrels, one of four types of tree squirrels found in Illinois, take over abandoned food caches, called middens. Inheriting this windfall can greatly affect reproductive success. In fact, if a young red squirrel takes over the midden of a male red squirrel, its offspring production can increase by up to 50 percent over its lifetime.

Inheriting the midden of a male squirrel is significant, because male red squirrels "squirrel away" much more food than females — with middens of male squirrels containing an average of 1,300 more pine cones than those of their female counterparts, according to the research.

"It's a bit like a young couple moving in and finding a pile of money kind of hidden in a chest of drawers in their house or something like that," David Fisher, the study's lead author, told the Canadian Broadcasting Corp. "It gives them an enormous leg up."

The study was conducted using data from hundreds of red squirrels gathered from 1987 to 2017. Another key finding was that female red squirrels that take over a male squirrel's midden give birth earlier in the spring, which gives the pups a better chance of surviving their first winter. Researchers believe the increase in survival rates occurs because the babies born earlier in the season are more likely to inherit a midden of their own.

One thing researchers still do not understand is what factors determine which midden a squirrel will inherit. Fisher said in some cases female squirrels give their middens to one of their pups and then take over another nearby cache.

And just like human estates bequeathed to younger generations, squirrel middens range greatly in size, according to the research. Some contained very few pine cones, while others had as many as 145,000. The average cache contained about 20,000 pine cones.

The pine cones stored in a midden can be eaten by the squirrels for four years. Often, multiple squirrels will use the same midden, but over different time periods. In one midden studied as part of the research, 13 different squirrels used a midden over 31 years.

"We tend to think of humans as being the only organisms that pass on like a material culture," Fisher said. "But it demonstrates that these kinds of physical resources can matter to organisms other than humans and make a huge difference to the lives of even tiny mammals living in the north."