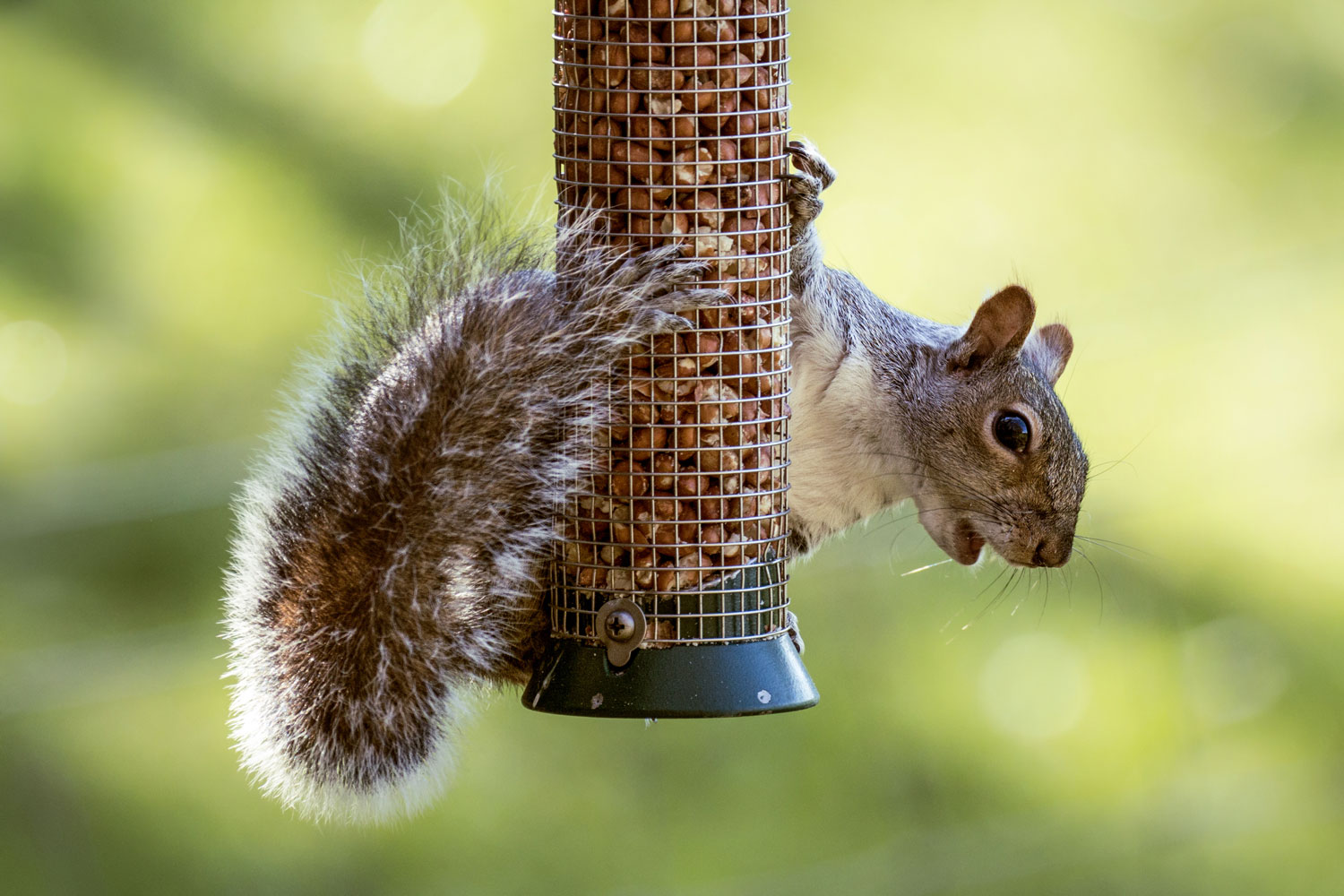 If you have a bird feeder in your yard, you know two things are certain: It will attract birds, but also will bring in some unsavory squirrels looking to steal a quick meal.

Thanks to some researchers in England, we can quantify just how much food these furry little creatures are diverting away from your feathered friends and directly into their bellies. And it's a lot — as in approximately half of the food.

Researchers focused on gray squirrels, a non-native creature on that side of the pond. This native species in the United States was introduced overseas in the 1870s. Locally, gray squirrels are one of four types of squirrels you'll see in Illinois, so even though this study was performed in an area thousands of miles away, it's still relevant here.

According to the study published in the journal Landscape and Urban Planning, researchers wanted to see what effect this particular species is having on birds. It goes beyond simply costing people money by forcing them to buy more bird food.

To collect the data, researchers placed video cameras in gardens around the Reading area. The footage showed birds would not go near a feeder if a squirrel was present. Even worse, if squirrels were a frequent visitor to a feeder, birds would be less likely to visit that feeder even if a squirrel wasn't present.

"Squirrels don’t just simply push birds off feeders, those birds change their behavior," Hugh Hanmer, from the British Trust for Ornithology and also part of the research team, told The Guardian.

The data showed that of the 33,000 logged visits to bird feeders, 44 percent of those visits were from gray squirrels. Given their size compared to birds, a squirrel consumes a larger amount of food on each visit than a bird.

The data also showed squirrels were less likely to go after caged feeders with seed in them because they prefer nuts.

However, we have video from Plum Creek Nature Center that shows the locals don't mind caged feeders.

So what can you do to prevent thievery?

There are all sorts of different feeders out there that can help deter squirrels.

For example, there's the Yankee Flipper style feeder, which can result in some amazing video while also keeping more of your bird food for the birds.

A more expensive option is feeders with a spring-loaded mechanism that will close when a heavy animal steps on it.

Even though there's no shortage of videos online of poles with a variety of slippery substances to prevent the squirrel from climbing it, experts warn it's not the best approach.

my mom put oil on her bird feeder to keep squirrels from stealing the bird food and pic.twitter.com/TkrmOR4KlH

"Some people suggest coating feeder poles with grease or glycerin, but we don’t recommend using these substances — they might be harmful to wildlife," according to Cornell Labs. "Many chemicals are toxic,
and grease can mat feathers or fur, which could cause both squirrels and birds to freeze to death."