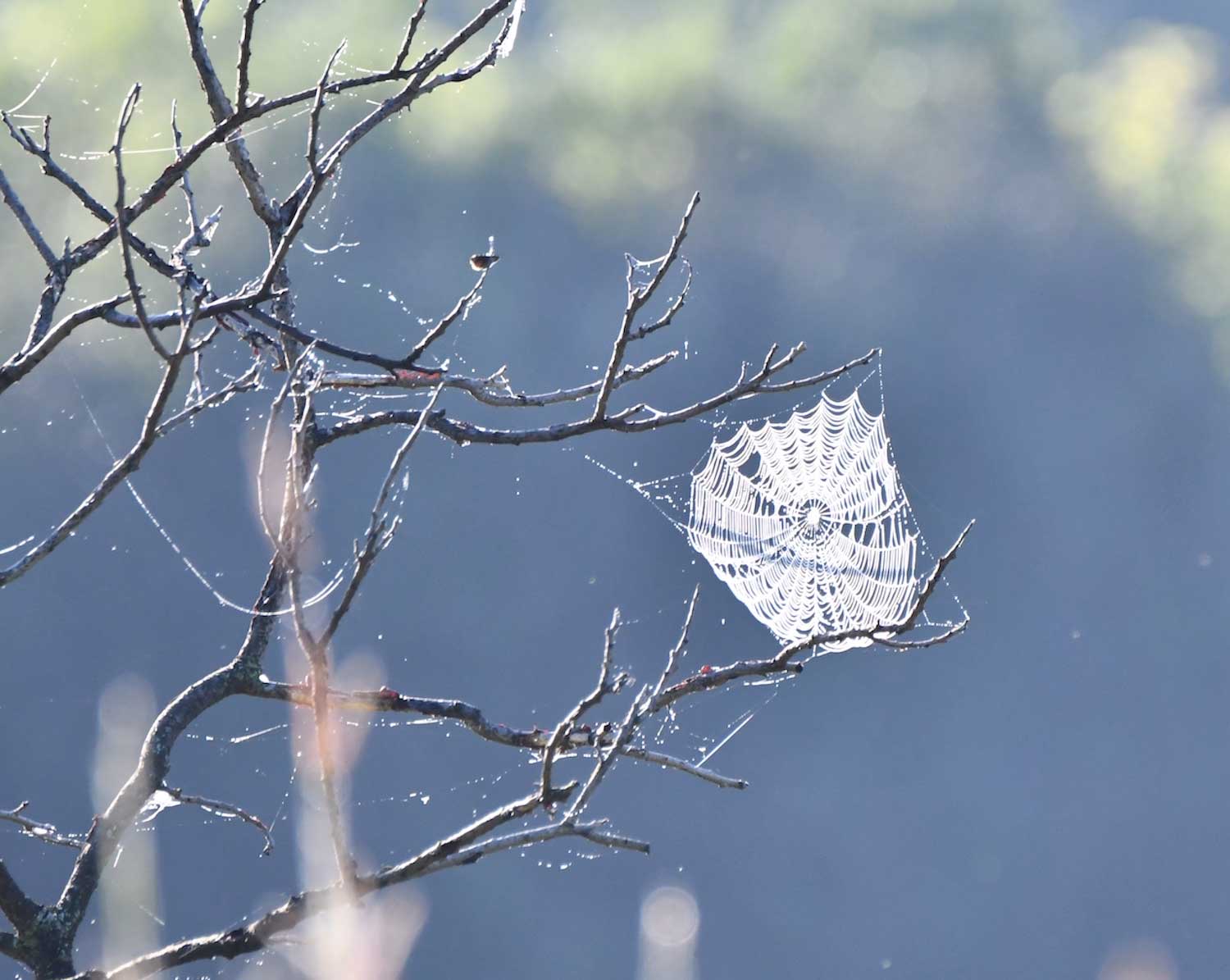 If you've ever walked face first into a spiderweb, you know just how sticky they can be. And that stickiness is useful for one of the main functions of the web, catching prey. But how do they get so sticky?

It turns out there are a few ways spiders can make their webs so inescapable. Some spiders produce a sticky, glue-like substance from one of the glands in their stomach to help them catch whatever insect might be passing by, while others rely on woolly silk that works much like a bur: the thin strands snag an insect's legs or hair, trapping it in the process, Scientific American reports.

Spiders that make sticky silk include orb weavers, which are the arachnids we are most familiar with because of their intricate webs. Charlotte, from the famed children's novel "Charlotte's Web," was a barn spider, a type of orb weaver. All told there are about 4,000 known species of orb weavers in the world, according to the University of Michigan.

RELATED: HOW DO SPIDERS MAKE SILK?

So how do spiders avoid getting stuck in their own sticky silk? Do they have a superpower that makes them immune to the gluey substance? Scientists are still studying how they avoid the stickiness of their silk, but it seems as though their solution is pretty basic. They simply don't walk on the sticky silk and stick to the nonsticky threads instead, the Library of Congress reports.

Orb weavers use both sticky and non-sticky silk in their webs. If you think of a spiderweb as the wheel of a bike, the "spokes" of the web are not sticky, while the strands that circle around the spokes are made from sticky silk, according to the University of Illinois Extension. Insects — and other unfortunate creatures, humans included — get stuck in the sticky silk, but as spiders make their way around their web they use the non-sticky strands.

Spiders can also rely on a third claw on their web-spinning feet that can help them gain traction as they move along their silk, the Library of Congress reports. At one time it was thought they secreted oil that helped them avoid getting trapped by their silk, but that's never been proven.

Spider silk is the subject of much study in the scientific community for many reasons. For starters, it's strong — stronger than steel by some measures. Being able to produce it via genetic engineering or by farming it could have useful applications for humans, such as for making skin grafts or making body armor stronger, according to Smithsonian Magazine.

Also of interest is how the silk transforms from a water soluble liquid while it's in the spiders' silk-making organs into a non-water soluble thread once it is spun, according to the Library of Congress. Exposure to air seems like an obvious cause for the transformation, but scientists now believe it is actually the result of how the spiders pull the silk, which causes the molecules in it to become rearranged as a solid.

While spiderwebs are the most well-known use of silk by spiders themselves, they actually aren't all that common in the spider universe. Most spiders don't actually make webs, although all spiders do make silk, National Geographic reports. Instead of webs, some spiders spin their silk into nests and cocoons, and some wrap their prey in silk. They can also use silk as a mode of transportation, using the strong strands as anchor lines and drop lines. Some spiders even eat their silk, which helps them make more.