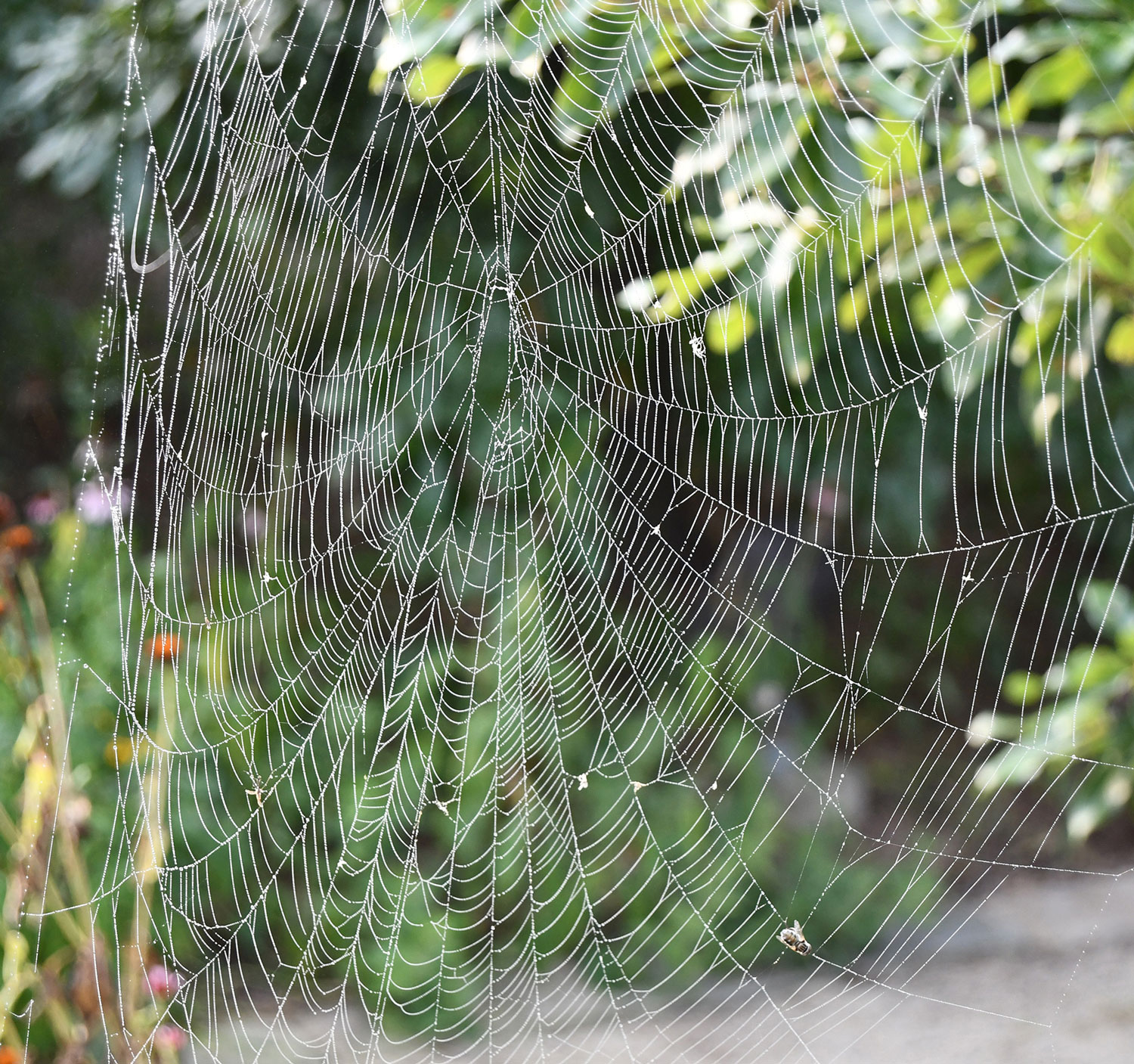 If you've ever walked face first into a spider web only to be left muttering a few choice words under your breath, you know just how tough and durable spider silk is.

But how do spiders make their silk? They actually have structures on their bodies specifically for this purpose. The silk starts as a liquid stored in internal silk glands before hardening into a solid form, according to the Smithsonian magazine. Once the silk is solid, spiders use structures called spinnerets on the outside of their abdomens to produce the silky fiber, also known as gossamer.

The spinnerets are what spiders uses to create their silk, and they have spigots in them that connect to the silk glands. Most spiders have six spinnerets and four to six glands for producing silk, although these numbers vary by species, according to the Illinois Department of Natural Resources.

All spiders can produce silk, but not all spider silk is the same. Spiders can make as many as seven different types of silk, although most spiders are capable of making four or five different kinds, the Smithsonian reports.

Making their intricate webs is the most well-known use of spider silk, but it's far from the only one. Some spiders build nests and cocoons from their silk, and some use silk strands to wrap up their prey, according to Live Science. Silk strands can also be used as drop lines or anchor lines, trailing behind them as they move about. Spiders even sometimes eat their silken webs and use it to make new silk, according to IDNR.

Spider silk is stronger than any man-made or natural fiber on Earth. It has long been admired and appreciated for its strength and elasticity, so much so that scientists and researchers have been working for years to figure out how it gets those properties, the Smithsonian reports. So far, the research has only yielded clues.