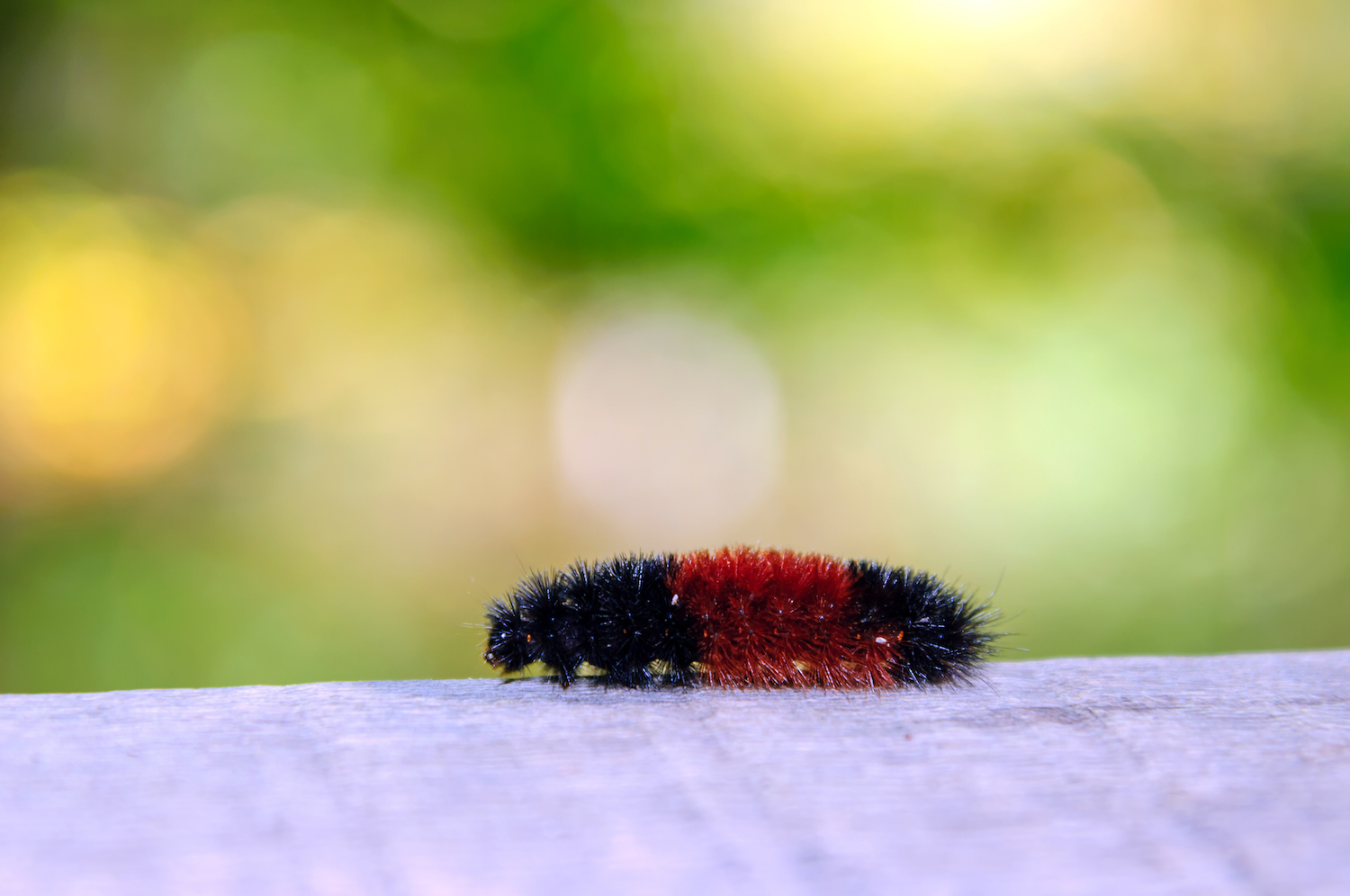 What do these caterpillars tell us about the winter ahead? (Photo via Shutterstock)

As legend has it, you can tell how bad of a winter you are in for just by looking at a woolly bear caterpillar. According to folklore, the longer the caterpillar's black bands are, the worse winter will be — longer, colder, snowier, the whole shebang. If you see one with a wide brown middle band and small black bands at the end, it's supposedly a sign we will have a mild winter.

As you might expect, though, this less-than-scientific method of winter weather forecasting has been busted, according to the National Weather Service. Fall is the time of year when we start seeing woolly bears, because they are leaving areas where their food plants are to find dark, sheltered places where they can hibernate for the winter. However, nothing about their physical appearance has anything to do with winter weather.

Instead, the variation in the color of the caterpillar's bands has to do with its particular species as well as its age and feeding habits, the weather service reports. There are many different species of these insects, and the colorings and markings in both the larval and adult phases vary among species.

In good growing seasons, woolly bear caterpillars grow larger, which results in a more narrow rusty brown band and longer black bands, according to the weather service. In addition, the colored bands are an indication of their age. The caterpillars molt six times before they are fully grown, and with each molt their bands change, becoming more brown and less black with age.

This popular myth isn't the only one about woolly bears. Some people believe that the direction the caterpillars are seen traveling in fall also holds clues about the winter ahead. Caterpillars traveling south are said to be trying to escape the cold winter ahead, while seeing caterpillars traveling north means a mild winter may be in store, the weather service reports. And some people grew up being told that the hairier or woollier these caterpillars appear, the worse the upcoming winter will be. As you might expect, there's no truth to any of these myths.

While nothing about these caterpillars can tell us about what kind of winter lies ahead, they do have a unique mechanism that allows them to survive even the coldest, harshest winters. They produce a substance called glycerol, which works in their bodies like an organic antifreeze, according to the University of Nebraska Cooperative Extension. As the weather turns colder, the caterpillars slowly freeze, but the glycerol prevents their inner cells from freezing, allowing them to survive even the most extreme winter weather conditions.

For many people, woolly bears are instantly recognizable, one of the few insects many people know by name. But they actually go by many names. Their most common moniker is woolly bear caterpillars, but they are also called fuzzy bears or woolly worms. And some people call them hedgehog caterpillars, because they sometimes roll up into a ball and play dead if disturbed, the weather service reports. And while many people can easily identify these insects in their larval state, not many people know what these caterpillars grow up to be. Woolly bears turn into Isabella tiger moth caterpillars, an orangish-yellow moth that's active on summer nights.