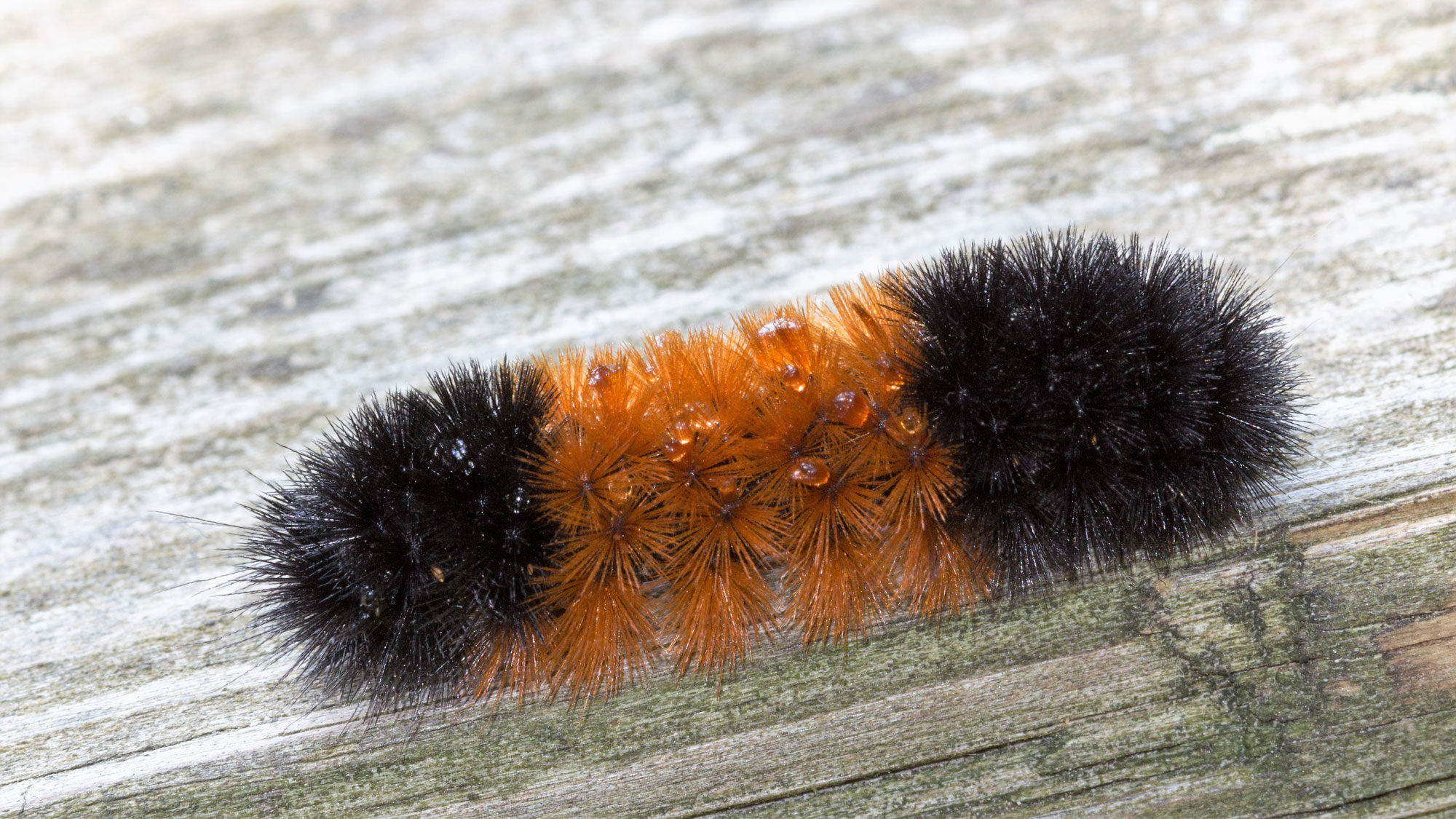 Woolly bear caterpillars are one of the most recognizable caterpillars we see, easily identifiable by the black bands at either end of their bodies separated by a rusty brown band in the middle.

This sort of weather forecasting is about as accurate as relying on a groundhog to tell us when winter will end. In reality, the length of the bands has to do with the caterpillar's age and how long it has been feeding. It has nothing to do with the upcoming winter, the weather service reports.

Woolly bear caterpillars overwinter as caterpillars before building cocoons in the spring and emerging a few weeks later as Isabella tiger moths, according to The Caterpillar Lab. In the fall, we often see these caterpillars moving about, sometimes even crossing roads, while they are in search of food or looking for a place to spend winter before settling in for the season under a wood pile or in some leaf litter.

But how do they survive the long, harsh winter? Much like your car does, it turns out. These caterpillars produce a substance called glycerol, which works in their bodies like an organic antifreeze, according to the University of Missouri Extension. As the weather turns colder, the caterpillars slowly freeze, but the glycerol prevents their inner cells from freezing, allowing them to survive even the most extreme winter weather conditions.

In fact, woolly bear caterpillars can survive at temperatures as low as 90 degrees F below zero, according to the weather service. They've even survived an entire winter frozen in an ice cube!

Here in Will County, they don't need to be quite so hardy, as the mercury hasn't dipped that low even on the coldest of days. But this ability to survive extremely cold weather is useful in the Arctic, where the caterpillars also live.

Woolly bear caterpillars don't spend the entire winter in their frozen state unless the weather requires it. If the weather warms above freezing, they "defrost," and we even sometimes see them out and about during winter warm spells. If temperatures drop, they once again enter their frozen state. They can repeat this freeze-and-thaw cycle many times over the winter.