Moles are perfectly suited for their underground lifestyle 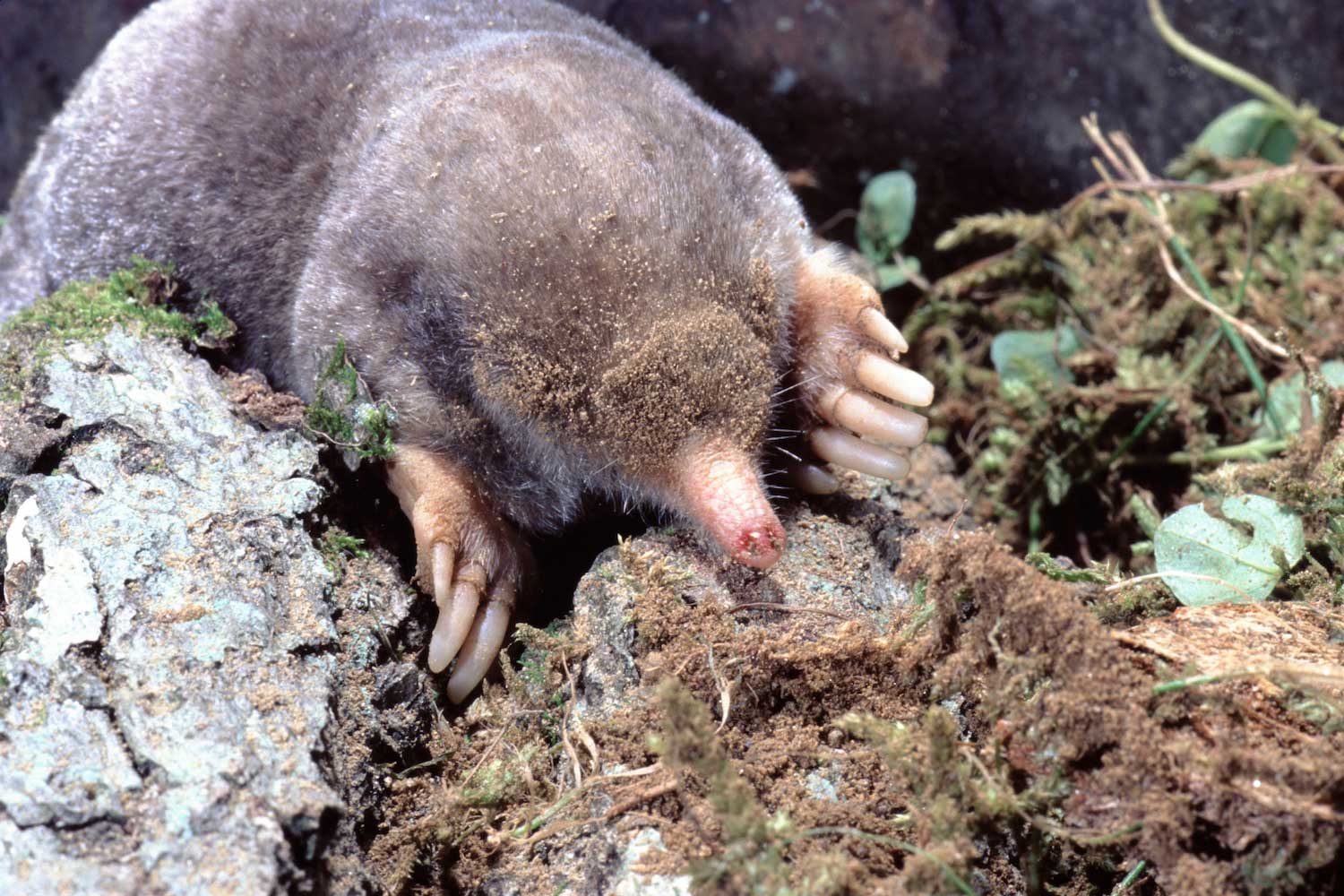 An eastern mole. (Photo via Shutterstock)

Eastern moles live secret lives right below our feet, remaining almost entirely out of sight of humans for their entire lives. But just because we don't see them doesn't mean we don't know they are around.

Many people are familiar with moles because all the tunneling they do underground can damage our yards and gardens. However, moles are also sometimes mistakenly blamed for damage caused by other common critters, including voles and pocket gophers.

Technically Illinois is home to two mole species — the eastern mole and the star-nosed mole. However, star-nosed moles are very rare in Illinois, Wildlife Illinois reports. Eastern moles live all across Illinois, but they spend 99% of their lives underground. The biggest indicator of their presence is evidence of their shallow tunnels as well as molehills created by their deeper digging.

Moles build two kinds of tunnels — those for hunting and those to live in. People often find evidence of their hunting tunnels in the grassy areas where they live. These tunnels are shallow, so they can leave trails of pushed-up earth above ground, Wildlife Illinois reports. Moles also build a series of deeper tunnels more than a foot below ground that they use for sleeping and raising their young. The digging they do for these tunnels often leaves behind molehills, piles of dirt about a foot wide and 5 inches to 8 inches deep.

Since they spend so much of their lives underground, they were built for a subterranean lifestyle. They are only between 5 inches and 8 inches long and weigh about a quarter-pound. Their front feet are large and webbed with big claws, perfect for digging, according to Wildlife Illinois. Even their fur is well-suited for tunneling through soil. Their soft gray fur does not give any resistance, meaning it can be pushed flat in any direction. This allows the moles to more easily move through their tunnels.

Eastern moles have furry heads save for a long, hairless pink snout, and they look like they don't have eyes or ears. They do have both eyes and ears, but neither are visible because they are covered in a thin layer of skin and fur, according to Animal Diversity Web. As a result, they can only sense vibrations and determine the presence of light.

Moles can dig more than 14 feet of new tunnels in an hour, Animal Diversity Web reports. Because they are so active, they have to eat a lot throughout the day to maintain the energy they need. To do this, they have to consume between 25% and 100% of their body weight every day, mostly in the form of grubs and worms but also other insects and insect larvae.

Moles live across much of the United States, preferring fields, meadows and open woodlands, Animal Diversity Web reports. They prefer well-drained soils because they are easiest to dig in. This is why it's common to find new evidence of mole activity after heavy rains or snow melt.

All their digging is considered a nuisance by many people because of the trails and molehills they leave behind, but all their hard work is actually beneficial to the soil. As they move through the soil, they aerate it and mix it, the Missouri Department of Conservation reports. This allows water and air to better penetrate the soil, making it healthier.

Moles do us another favor as well. Their diet is almost entirely insects, so they control the populations of many species, including some destructive insects like Japanese beetles and cutworms.