How to coexist with moles and voles

Moles and voles are frequently mistaken for one another, and people sometimes use the terms interchangeably. While they do have some similar behaviors and generally may look similar at a quick glance, they are separate animals, and there are multiple species of each. Other animals often lumped together with moles and voles include gophers and shrews.

Illinois is home to three species of voles — meadow voles, prairie voles and woodland voles — and two species of moles, eastern moles and star-nosed moles. Prairie and woodland voles live across the entire state, according to Wildlife Illinois. Meadow voles live only in the northern two-thirds of Illinois. Star-nosed moles are rare in Illinois, while eastern moles are common across Illinois.

You may encounter a vole around your home or yard, but it’s unlikely you’ll see a mole. They spend almost their entire lives underground, Wildlife Illinois reports. Both, however, can sometimes become a nuisance in our yard.

If you have a mole or vole problem in your yard, make sure you first know which animal is causing the problem. Moles and voles sometimes use the same tunnels to travel, and moles are sometimes blamed for damage caused by voles, according to Wildlife Illinois. 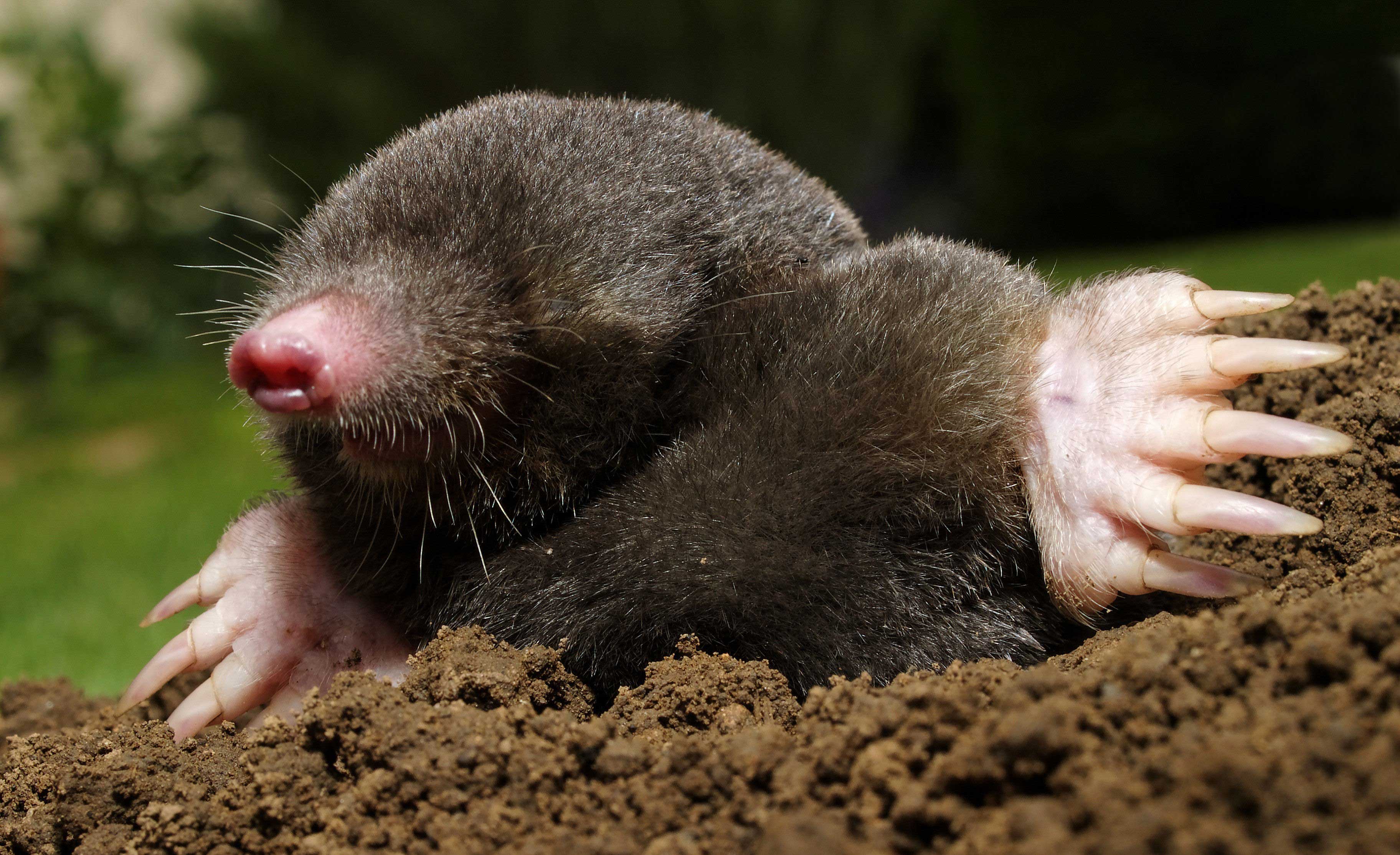 Moles spend most of their life underground, where they tunnel through the soil. This tunneling behavior helps aerate the soil, which improves the quality of the soil, Wildlife Illinois reports. Among the tunnels they build are shallow tunnels just below ground level for hunting for grubs, worms and other insects. These tunnels can be unsightly and inconvenient, but they are actually a sign of a healthy ecosystem.

Voles eat plant matter exclusively, which their bodies digest very quickly. Because of this, they spread their fecal pellets in many places, and these pellets contain a lot of nutrients, which allows for new and improved growth of nearby vegetation, according to the Penn State University Extension. Voles also spread spores from various fungi species, and they are a food source for some predators. 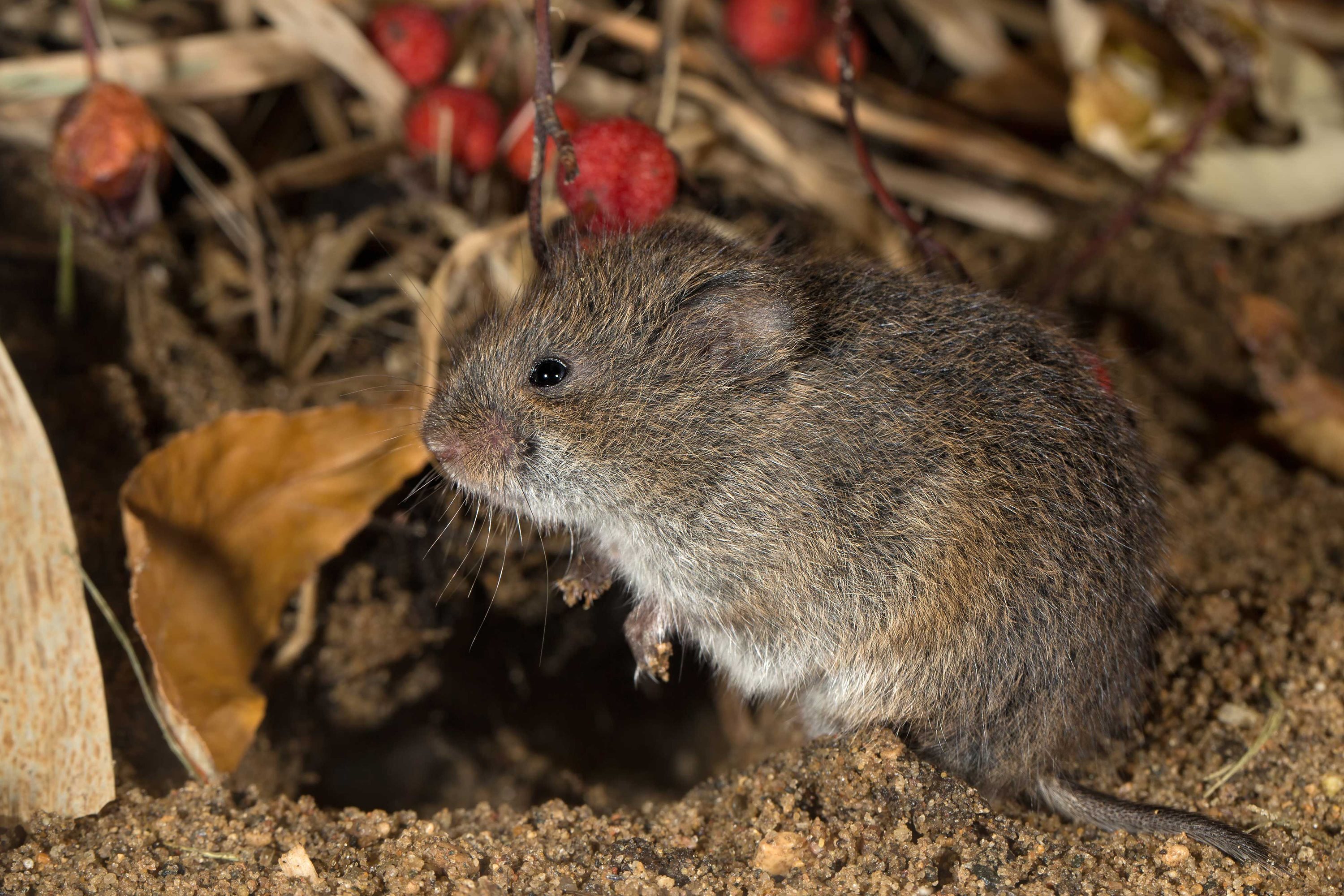 Moles have one litter of offspring each year, typically with three or four babies. The babies can be born between late February and early June, Wildlife Illinois reports. Voles can have multiple litters each year. Meadow voles and prairie voles typically have between three and five babies per litter, while woodland voles usually have two to three babies in each litter.

Voles have a short lifespan, with most living less than a year. They are hunted by many predators. Moles, on the other hand, can live between three and six years. Because they spend almost all their time underground, they are not frequently hunted. 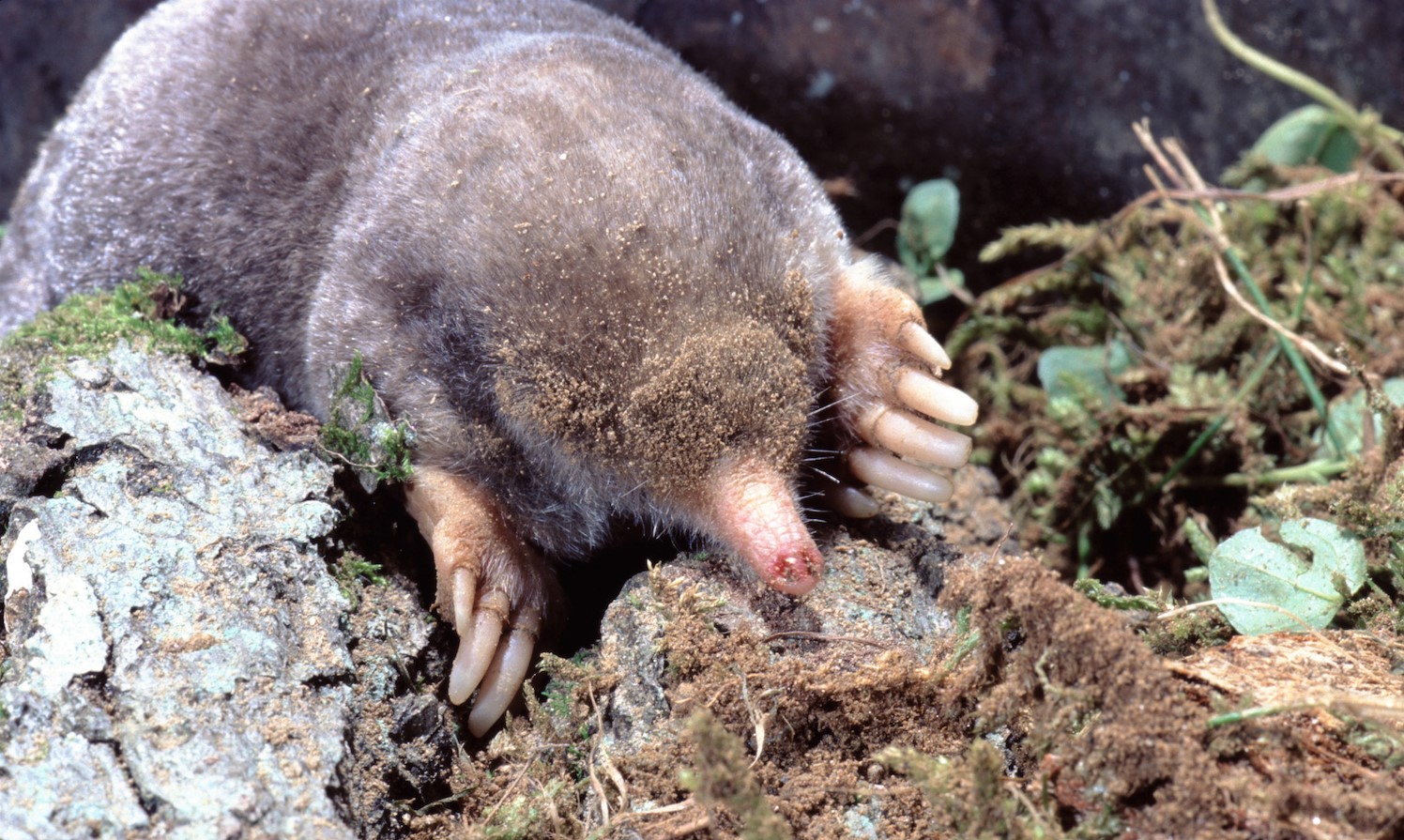 Neither moles nor voles are considered a public health threat, Wildlife Illinois reports.

In urban and suburban areas where moles are a problem, using insecticide to control grub and insect populations may keep moles from causing tunnel damage. However, this will also kill beneficial insects, and it is not a viable long-term solution for handling moles, Wildlife Illinois reports. It also may harm birds and other animal species. Another option is tamping down the soil by using a lawn roller, although this may slow the growth of turf grasses.

In small areas where moles cause problems, you may consider excluding them by installing a hardware cloth barrier. To do this, you will need to dig a trench at least 12 inches wide by 12 inches deep around the area you want to keep moles from, Wildlife Illinois reports. Then bend a piece of 24-inch wired hardware cloth at a 90-degree angle and place it in the trench. The lower piece of the wire cloth should face away from the area you want to keep moles out of. Once the wire cloth is in place, replace the soil, taking care to ensure the wire is flush with the ground and covered in soil.

Traps can also be used for moles, but aren’t advised. Keep in mind that where possible, mole activity should be allowed to continue. Moles eat large numbers of grubs, worms and insects, and they help aerate the soil. In addition, removing moles may make the area enticing for more moles to move in because there will be a steady food supply.

Unlike moles, which commonly cause problems in urban and suburban areas, voles most often cause damage in orchards and agricultural areas, Wildlife Illinois reports. When voles become a nuisance in yards, it is usually because they damage garden and landscaping plants by eating bulbs, corms and tubers, especially in winter. Voles also may clip off the tops of grass to creature a runway under a topcoat of snow, but these paths will disappear once the grass begins to grow again in the spring.

Voles are often blamed for plant damage cause by rabbits. To determine whether damage in your yard is caused by voles or rabbits, pay attention to the gnaw marks. Voles gnaw at different angles and leave marks about 1/8 of an inch wide, 3/8 of an inch long and 1/16 of an inch deep, Wildlife Illinois reports. Rabbits leave much wider and longer gnaw marks, and they typically cut off the tops of small branches at a 45-degree angle.

If voles are causing damage on your property, the best way to prevent it is to modify your yard so it is not attractive to them. Keep your grass cut short, and pull mulch at least 3 inches back from the base of trees, Wildlife Illinois advises. A barrier around small landscaped beds can also deter voles. You can do this by burying mesh hardware cloth of a quarter-inch or less between 6 inches and 8 inches deep around the area you are trying to maintain.

If voles are gnawing on shrubs or tree trunks, surround them with mesh hardware cloth or another type of tree trunk protector with openings of a quarter-inch or less, making sure it is flush with the ground so the voles don’t crawl underneath.

Other options for removing voles include repellents containing thiram placed on the tubers and roots of affected plants. Toxicants containing zinc phosphide can also be used, but aren’t advised because these may be effective only in the short term and may cause harm to other animals.