Love local history? Make sure to check out these preserves 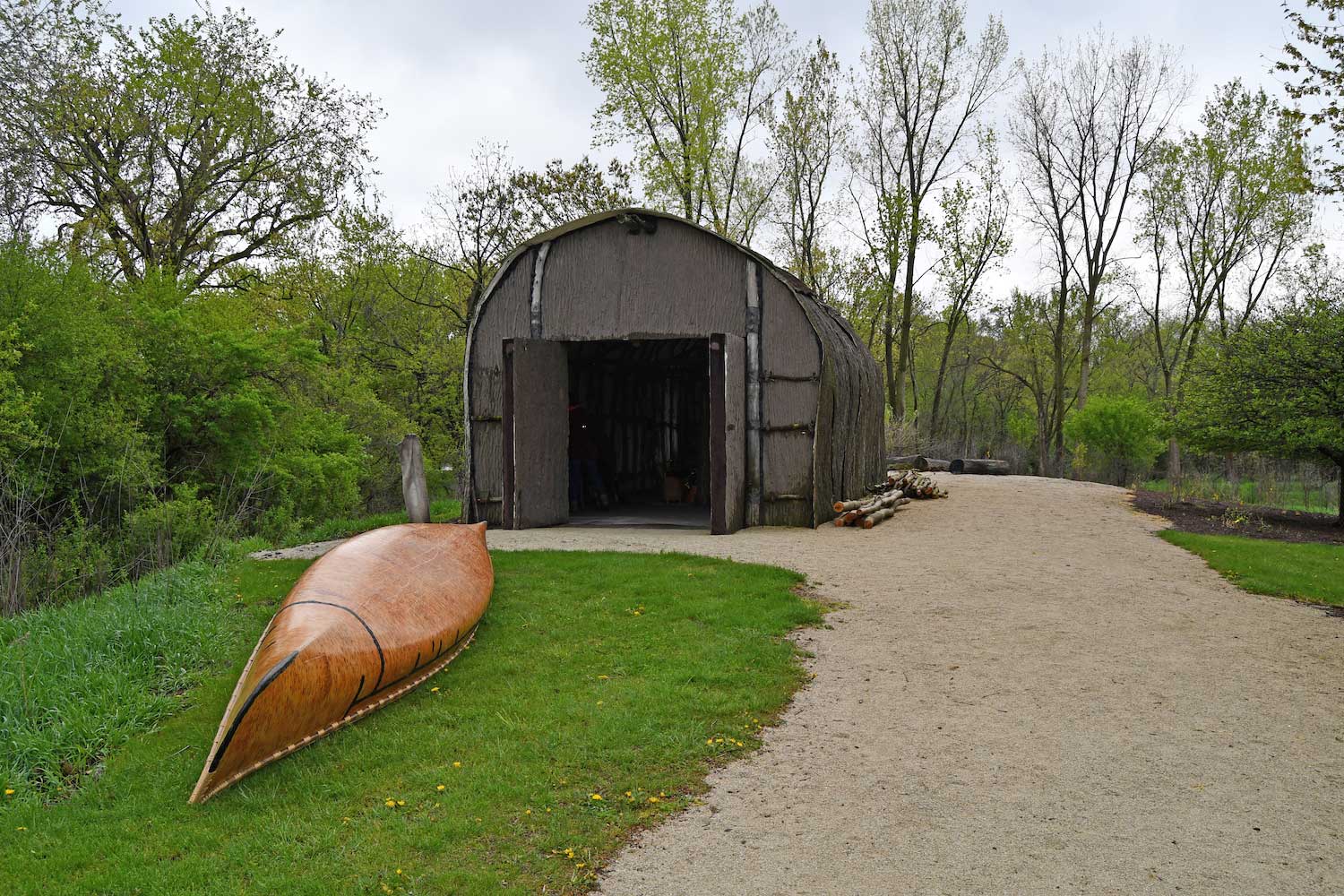 The longhouse at Isle a la Cache Museum. (Photo by Glenn P. Knoblock)

The forest preserves are, of course, places to connect with and learn about the natural world, but some preserves are also great locations to discover more about our local history. Whether through the remains of buildings that were an integral part of the region's past or a facility dedicated to keeping our past alive, history is showcased. In a few preserves, you can even see the natural world and our history entwined as nature reclaims the land it once dominated. To learn more about Will County's past, make sure to check out these preserves and facilities.

Isle a la Cache Museum in Romeoville is dedicated to our area's cultural and natural history, transporting visitors back to 18th-century Illinois Country, when the region was part of vital fur trade between the native Potawatomi and French voyageurs. Indoor exhibits examine the daily lives of both the Potawatomi and the voyageurs. Outside the museum, the Traders Cabin and longhouse are open to the public at certain times and for some public programs. Visits to these structures will help you further explore what life was like in Will County in the 1700s.

CHECK OUT UPCOMING PROGRAMS AT ISLE A LA CACHE MUSEUM

A visit to Isle a la Cache also offer opportunities to learn about the natural world around us. At the museum, make sure to visit the state-endangered Blanding's turtles. Outside, you can check out our pollinator garden and walk the trails to explore a variety of habitats, including prairie, forest and wetland, as well as the Des Plaines River.

Joliet is known as both the City of Steel and the City of Stone, and the story of the city's industrial past is told along the trail traversing the remains of an iron and steel plant at Joliet Iron Works Historic Site on the city's east side. The facility was operational from the late 1800s to the early 1900s, and the Forest Preserve District acquired land for the 52-acre site between 1991 and 1997.

Today, the ruins of the iron works provide a glimpse into the city's past, with visitors being able to walk the 0.59-mile trail with interpretive signs installed along the way detailing the work done at the site and the lives of the people employed there. The foundations on the site are all that remains of the once bustling steel mill, but walking the site gives a feel for the industry that shaped Joliet into the industrial center that it once was.

Keepataw Preserve is a place that pays tribute to both the Native people who lived in this region as well as the industrial identity it acquired in the middle of the 19th century. The preserve is named for Chief Keepataw, a Potawatomi leader whose tribe lived in the area that is now Lemont, where the preserve is located. When Lemont was settled in 1836, it was originally named Keepataw in honor of the chief. The village's name changed several times through the years until Lemont was selected, but the preserve name honors this important part of the region's early history.

Walking through the preserve, you'll experience some spectacular views thanks to the 60-foot limestone bluffs that hint at another part of the region's history. These bluffs are the result of limestone quarrying that occurred along the Des Plaines River from the late 1800s to the early 1900s. In the distance you'll also see a smokestack that was a kiln used during the quarrying era.

The history at McKinley Woods isn't quite as obvious or apparent as that at some other preserves, but the wooded wonderland of the Frederick's Grove access area, in Channahon, includes a few structures that date back to major events of the 20th century — the Great Depression and World War II. The Forest Preserve District purchased McKinley Woods in 1931, and it was used as a Civilian Conservation Corps, or CCC, camp during the Great Depression in the 1930s. It also briefly served as a German prisoner of war camp toward the end of World War II.

CCC work at McKinley Woods included the construction of barracks and other structures. Want to see the handiwork of the men who lived and worked at the camp? The picnic shelter at Frederick's Grove is the work of CCC crews, and the remains of some of the buildings can be seen along the trails at certain times of the year where nature has not taken over and hidden them.

Riverview Farmstead tells part of the story of yet another chapter in Will County's history — our agricultural roots dating back to the 19th century. The preserve, in Naperville, was once the home of the Clow family, whose members lived on and worked the land from the middle 1800s until the 1970s. The Clows, who emigrated from Scotland, grew grains, corn and hay and raised dairy cows.

Today, the preserve is home to several buildings that were part of the Clow family farm, including the settlement house, limestone house and timber frame barn. The settlement house, built in 1850, was the home the family originally lived in before the larger limestone house was built in the 1860s. The barn, constructed in 1890, is one of the largest constructed in Wheatland Township, measuring 117 feet long by 42 feet wide and standing 44 feet tall. The Forest Preserve District hosts a few events each year where visitors can explore the grounds and learn more about the farming history of both the preserve and the region.