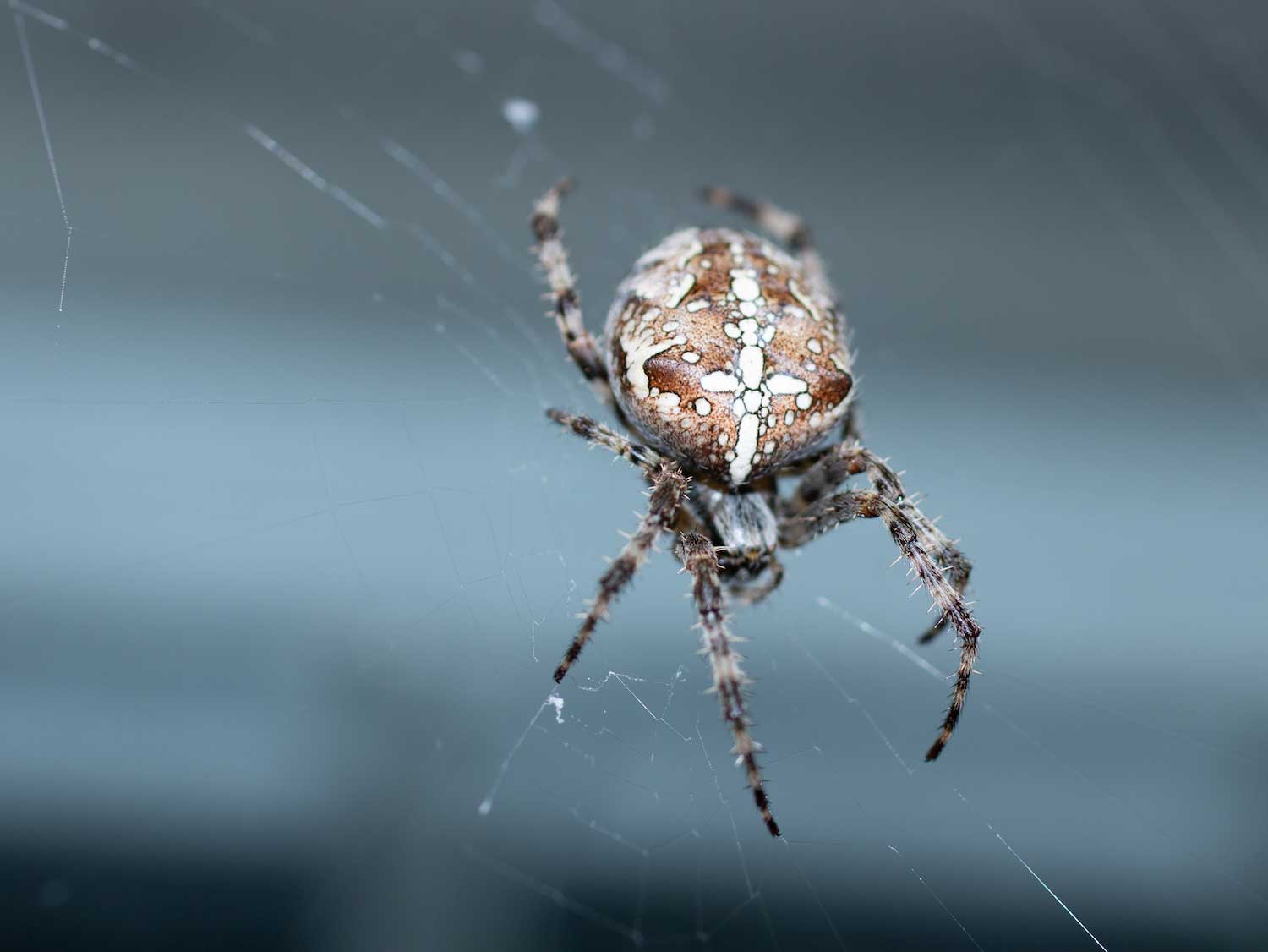 A cross orbweaver. (Photo via Shutterstock)

Whether you love them, hate them or simply tolerate them, spiders are a part of the world around us and we have to live with them.

Spiders are a kind of arachnid, a group of arthropods that also includes mites, ticks and scorpions. All spiders (and arachnids) have eight legs, and almost all of them have eight eyes, but beyond these similarities there's a lot of variation among the approximately 50,000 spider species inhabiting Earth.

That's right. The world is home to about 50,000 different kinds of spiders. They live in almost every type of habitat — forests, deserts and even our own homes. There are even spiders that live on water and underneath water, according to the San Diego Zoo. And while it may seem like there are plenty of spiders to go around, some species are endangered, affected by habitat loss and invasive species that can dominate their normal environments.

Read on to learn more about what makes spiders special.

Almost all spiders are venomous, but almost none can harm you

We're just going to level with you: The vast majority of the world's spiders are venomous, according to the Burke Museum. But before you let that taint your view of spiders, you should know that's just half the story. Here's the rest: Of the 50,000 known spider species in the world, only 25 have venom that can cause harm to humans. That's just 1/20 of 1% of spiders that are dangerous to humans. And one last thing: Spiders don't really want to bite you. We aren't part of their normal diet, so they only bite people as a last resort.

In the United States, dying from a spider bite is extremely rare, with less than three deaths per year, according to the Cleveland Clinic. In Illinois, the only spiders that can cause harm to humans are brown recluse and black widow spiders, according to the Illinois Department of Public Health.

Almost all spiders are carnivorous, so it may come as a surprise to learn that they can't chew, at least not like we do. Unlike mammals and most insects, spiders do not have mandibles that aid in biting and chewing. Instead, they have chelicerae, which are external structures that work somewhat like a jaw does, according to the University of Kentucky. Spiders use their chelicerae to hold prey in place while they inject it with venom.

Instead of chewing their food with mandibles, spiders will first "spit" enzymes either on or in their prey to liquify it. They then eat the prey by sucking in the juices created by the enzymes with their mouthparts, according to the Illinois Department of Natural Resources.

They all make silk, but they don't all make webs

All spiders make silk — it's one of the things that makes a spider a spider — but not all spiders make webs. A spider web is technically any structure made of silk that is used to catch prey, and about half of all known spider species catch prey with silky webs, according to the Burke Museum.

Among spiders that don't make webs, silk is used in many different ways. Some spiders build nests and cocoons from their silk, and some use silk strands to wrap up their prey, according to Live Science. Silk strands can also be used as drop lines or anchor lines, trailing behind them as they move about. Spiders even sometimes eat their silk and use it to make new silk.

When you think about the biggest spiders you've seen, wolf spiders may come to find. These spiders, which include hundreds of different species, can be between a half-inch to an inch or two long, but they aren't even close to the biggest spiders in the world.

It turns out the title of world's largest spider could be awarded to two different species, depending on whether the crowning criteria is leg span or body mass. By leg span, the giant huntsman is the largest, with a leg span of as great as 12 inches, Live Science reports. By weight, a tarantula species called the Goliath birdeater takes the cake, weighing in at 6 ounces. Don't worry. You're unlikely to encounter either of these spider species even if you are an avid world traveler. The giant hunstman lives in Laos, and the Goliath birdeater lives in tropical rainforests in South America.

The title of world's smallest spider is contested too. The Patu digua, which is native to Colombia, is often said to be the world's smallest spider, with a body that's only 0.015 inches long — easily small enough to fit on the head of a pin, according to Wired. But another species, the Anapistula caecula of West Africa, is thought to be even smaller because the females of the species measure just slightly larger than the male Patu diguas and female spiders are almost always larger than their male counterparts. It's never been proven that male Anapistula caeculas are smaller because they've never been seen or photographed.

There's a day dedicated to saving them

National Save A Spider Day, celebrated each year on March 14, certainly isn't on par with holidays like Thanksgiving, Halloween and, heck, even holidays like Valentine's Day and Sweetest Day, but raising awareness about the importance of spiders is as good a reason for a holiday as any.

The festivities on National Save A Spider Day are low key as holidays go, but it's a good time to step a little more carefully and try to tolerate any eight-legged creatures you come across. Really, though, if you can be convinced to save a spider on March 14, you can — and should — do it every day of the year. Need convincing? Spiders actually play an important role in the ecosystem, primarily as predators of insects. Their hunting of these insects helps keep their populations in check and food chains in balance.