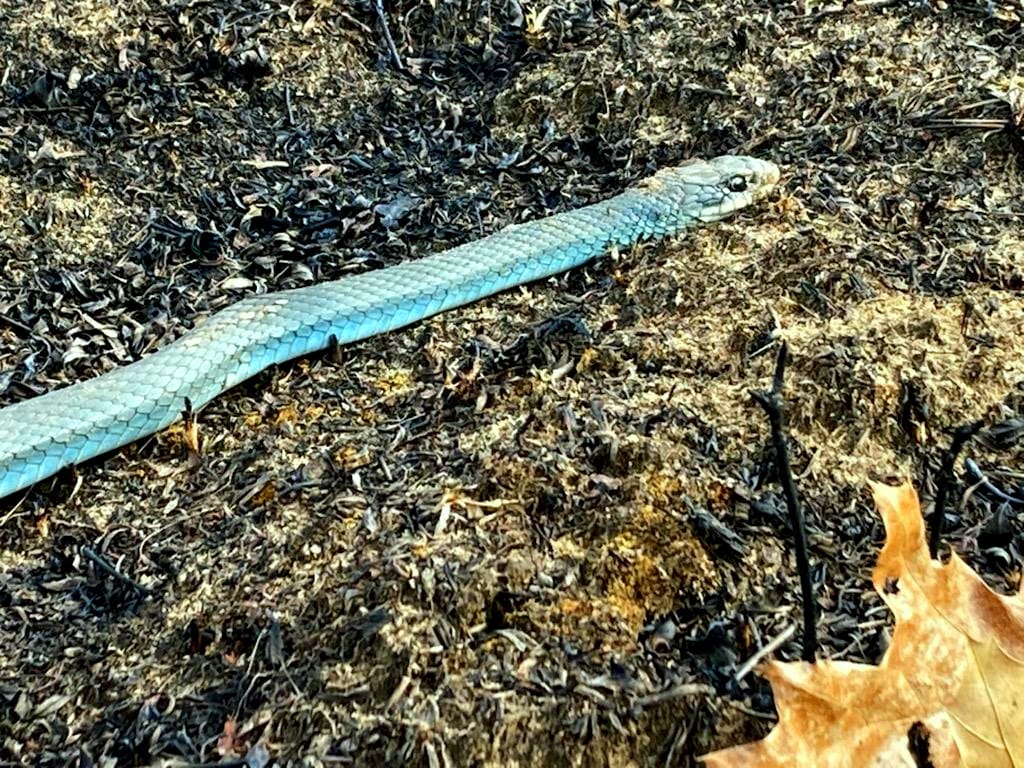 In another case of you never know what you'll find when out in the preserves, District staff spotted a pretty cool creature on Friday in the form of a blue racer within the 1,200-acre Kankakee Sands preservation system.

Agriculture specialist Michelle Blackburn managed to snap a few photos of the snake and she estimated it was at least three feet long.

Blue racers are common in some parts of the state, but the species is rare in Will County.

Becky Blankenship, wildlife ecologist for the Forest Preserve District, said it has only been recorded in two preserves. Due to this, we are not disclosing the specific preserve where it was found.

While some snakes can cause confusion over identification — for example, the fox snake and eastern massasauga rattlesnake — the blue racer is easy to identify and there's no mystery how it got its name due to its color.

These snakes spend most of their time on the ground, but will climb in trees and shrubs. They'll hunt during the day, seeking out worms, amphibians, reptiles and birds. At night, they hide while their main predators — raccoons, coyotes and foxes — are usually out looking for a meal.

Just like other snakes, there will be an uptick in their activity as warmer weather moves in. Their mating activity heats up in May and June, with females laying anywhere from 10 to 20 eggs in late June and July, according to the University of Illinois Herpetology Collection. Come September, the young will hatch.

And because we know everyone will ask, this snake is not venomous.