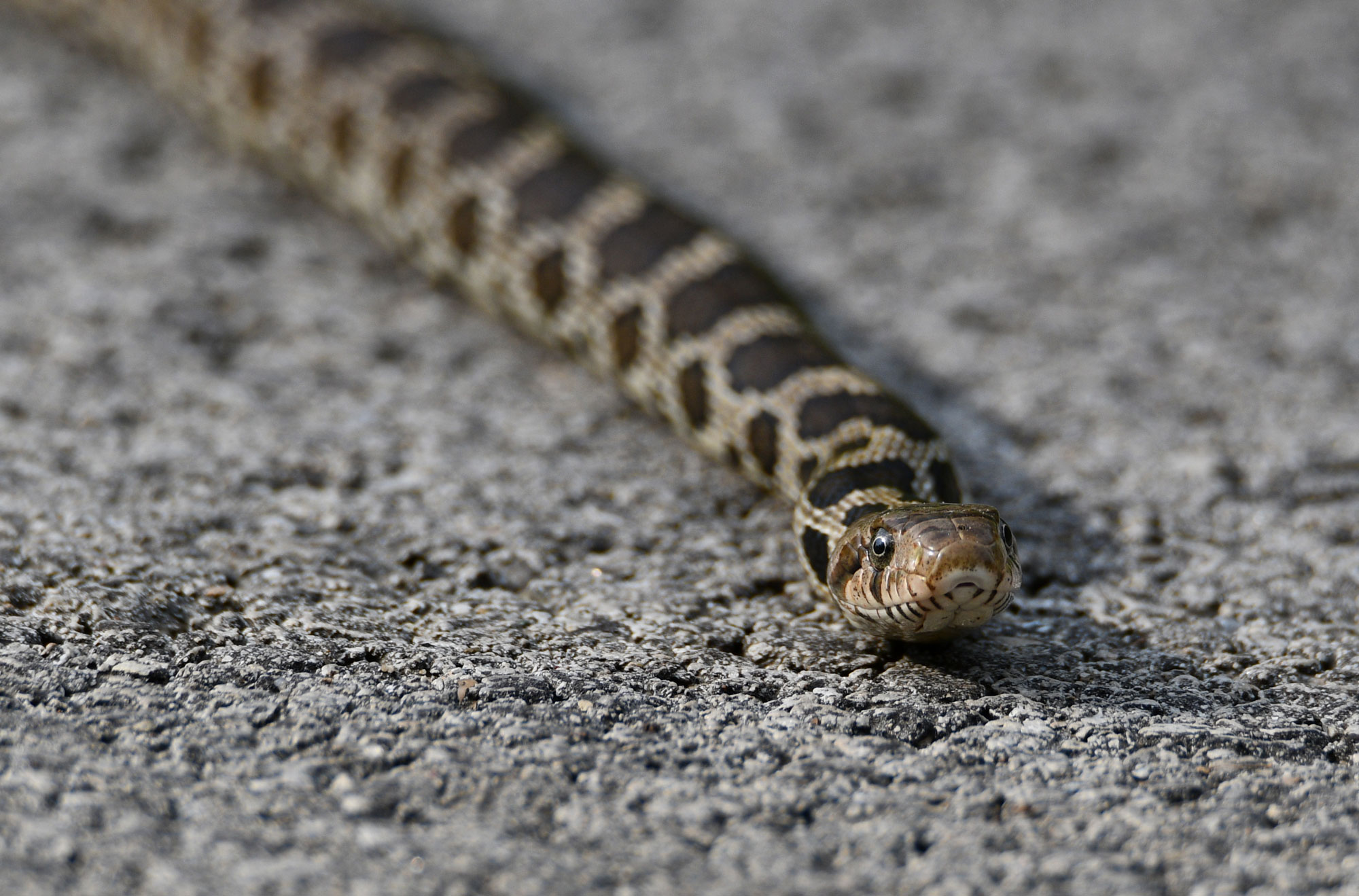 The sight of a slithering snake causes many people to react in surprise or even fear. And for some, that fear is made even worse because some snakes are venomous and they fear being bitten by one.

Adding to the problem is that many snake species look alike, and some venomous snakes look similar to nonvenomous ones. In Illinois, this includes the nonvenomous eastern fox snake and the venomous eastern massasauga rattlesnake. These two snakes have similar colorings and patterns, leading people to confuse them for each other, according to the Illinois Natural History Survey.

If that's not enough to convince you that the snake you saw isn't a venomous rattlesnake, there are a few other ways to tell the difference between a fox snake and a massasauga. First off, look at the snake's tail end. Only the massasauga will have a rattler. A fox snake's tail ends in a sharp point, but it does not have the rattling segments you see on the tail of a massasauga or another rattlesnake, according to the history survey. Fox snakes and some other snakes do sometimes shake their tails when threatened, and this can make a rattling sound if the snake is sitting among leaves or other vegetation or if it has been captured and is in a box, for example.

Both fox snakes and massasauga are light brown, tan or yellowish in color, with darker-colored markings on their backs. The easiest way to tell them apart based on physical appearance is by the shape of these markings. While the fox snake's markings are square or rectangular, the massasauga's markings are wider on the outsides and more narrow in the middle, like a bow tie would be, according to the history survey.

The color of their heads can also help differentiate between the two. A massasauga's head is similar in color to its body, while a fox snake usually has a different colored head than its body. A fox snake's head is often reddish brown or copper-colored, sometimes leading it to be confused with another venomous snake, the copperhead, according to the University of Michigan.

You can rest easy, though, because although the copperhead does live in Illinois, it does not live as far north as Will County, according to the Illinois Department of Natural Resources. In all, Illinois is home to four venomous snakes — the copperhead, cottonmouth water moccasin, eastern massasauga rattlesnake and timber rattlesnake.

Most of the venomous snakes in Illinois are found in the southern third of the state, IDNR reports. In addition, both the rattlesnakes found in Illinois — the timber and the eastern massasauga — are on the state's list of threatened and endangered species, so they are found in very small numbers.

And even if you are convinced the snake you are seeing is venomous, none of the venomous snakes in Illinois are aggressive and will not come after you, IDNR reports. If you leave it alone, it will leave you alone.

And here are some reassuring statistics: Less than one-tenth of 1% of people bitten by snakes in the United States die from the bite, according to IDNR. You are more likely to be killed by bee stings or being struck by lightning than by a snake bite.