Animals you love to hate

Most people have an animal or two they would rather not have an up-close-and-personal encounter with. Some are avoided because they carry diseases; others are downright feared, irrationally or not. From time to time, people may even wish for a world without these animals and insects.

The reality, though, is every critter – even the ones that creep, crawl, slither and lurk in the night – is an important part of its environment and contributes to healthy ecosystems.

“They all serve a role,” said Angela Rafac, an interpretive naturalist for the Forest Preserve District. “All species are an important part of their ecosystem and maintaining the balance of nature as part of the food web.”

Having a better understanding of some of the more maligned animals found in Will County can help turn our disdain into appreciation. Here’s a closer look at some of the animals we love to hate as well as the benefits they provide to our environment. 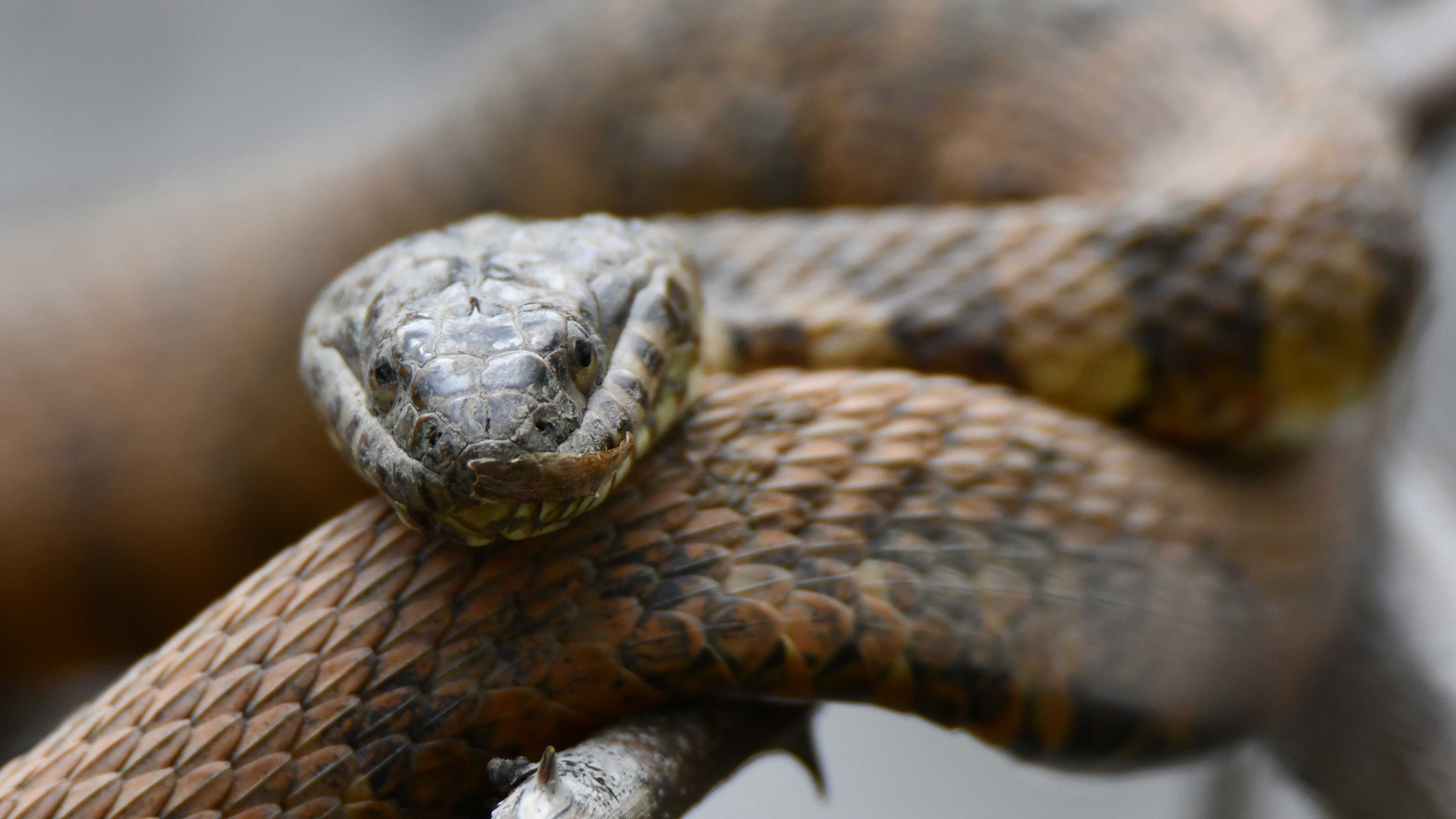 Snakes are one of the most feared animals in the world, but they serve an important purpose as a predator of another type of animal most humans aren’t big fans of – rodents.

Snakes are critical for keeping the rodent population in check, Rafac said. In addition to mice and rats, the slithering, sliding creatures also eat frogs, toads and other reptiles; birds; termites and some other insects, according to Defenders of Wildlife.

Illinois is home to 39 snake species, only four of which are venomous, the Illinois Department of Natural Resources reports.

RELATED: THE WONDERFULLY WILD SNAKES OF WILL COUNTY

And we shouldn’t live in fear of snakes, because for the most part they work to stay out of site. Unlike some other wild animals, such as raccoons and coyotes, that grow accustomed to being near humans, snakes prefer to remain unseen by people.

“Snakes are just as afraid of us as we are of them,” Rafac said. 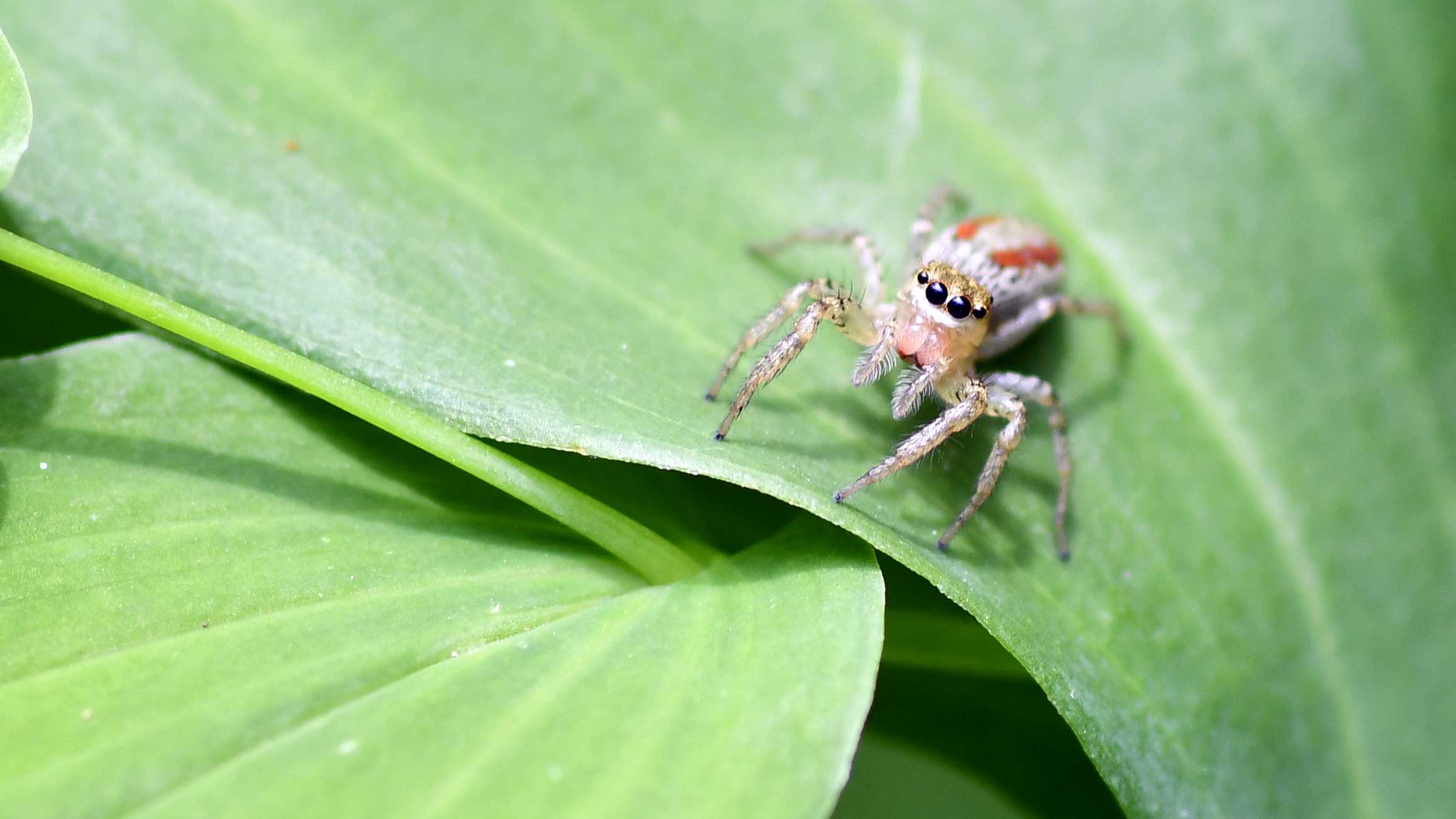 Fear of spiders, or arachnophobia, is so common that a hair-raising movie was made about it back in 1990. Many of us love to hate these leggy, hairy creatures. But is our hatred deserved, or are spiders misunderstood? To be sure, some spiders are venomous, although only about a dozen spiders found in the United States are considered medically significant, according to the Illinois Department of Public Health. Illinois is home to both brown recluse and black widow spiders, although not typically as far north as Will County.

While people may have their apprehensions, it’s important that we co-exist with spiders, because they benefit our environment, primarily by keeping insect populations under control, IDNR reports.

Spiders control insect populations everywhere outside, including forests, prairies, farmland and near water, and they do the same indoors, eating ants, flies, roaches and more, Rafac said.

“If you see a spider in your home, it’s definitely feasting on something,” she said. 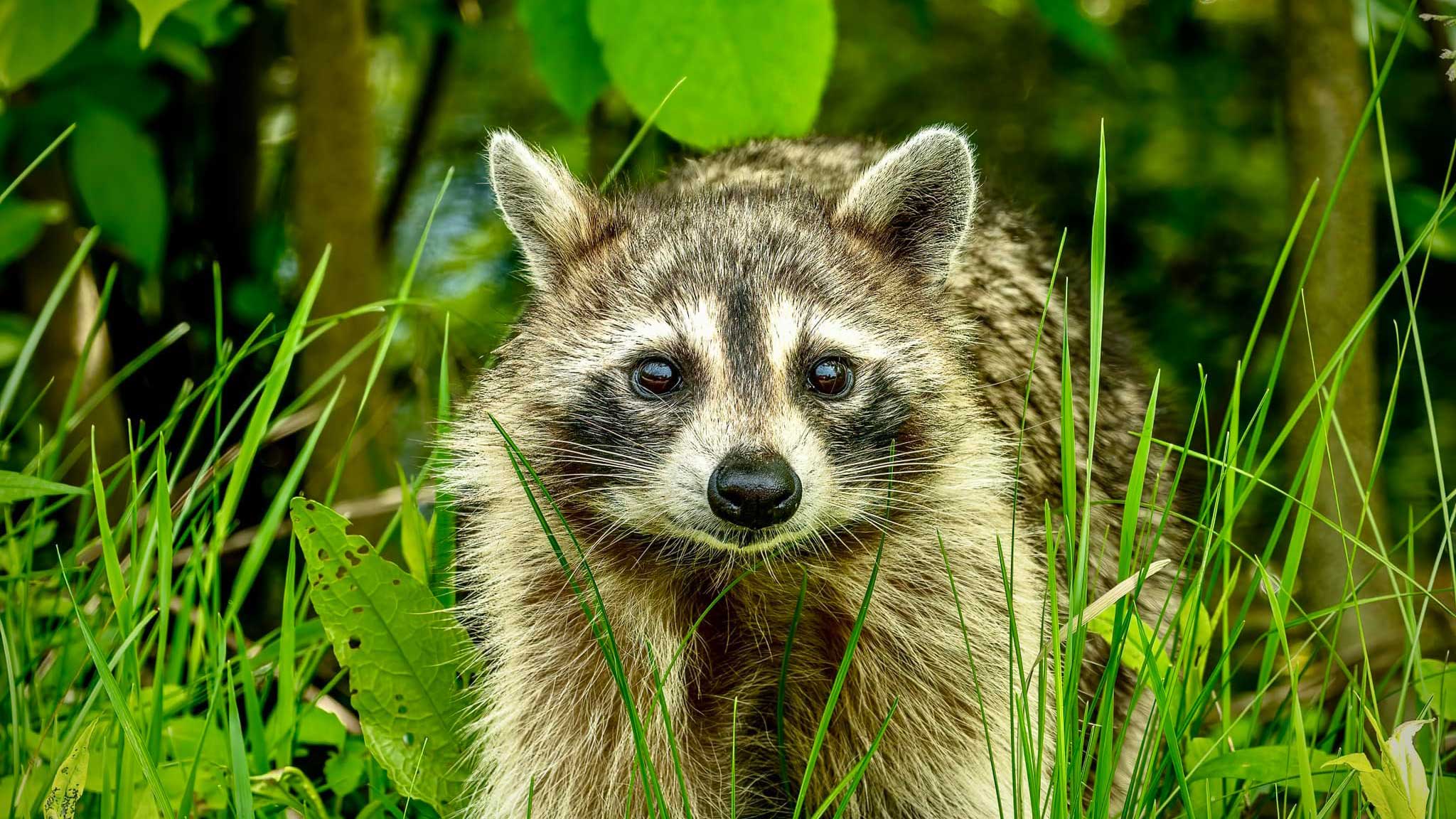 Raccoons have earned the nickname “trash pandas” because they are adept at getting into garbage cans, causing headaches for homeowners in suburban and urban areas.

“The reason they are such a nuisance is they have thumbs like we do,” Rafac said.

Raccoons are opportunistic eaters, so they will eat food from garbage cans, bird food from feeders and fish from ponds, along with other animals, berries and other plants.

This scavenger-like diet is also of benefit to our environment, though. Because they will feast on what is convenient, they keep our environment clean by eating a lot of carrion, or dead animals. They also eat a lot of other animals we consider pests, including snakes, lizards and rats, which helps keep those populations in check. 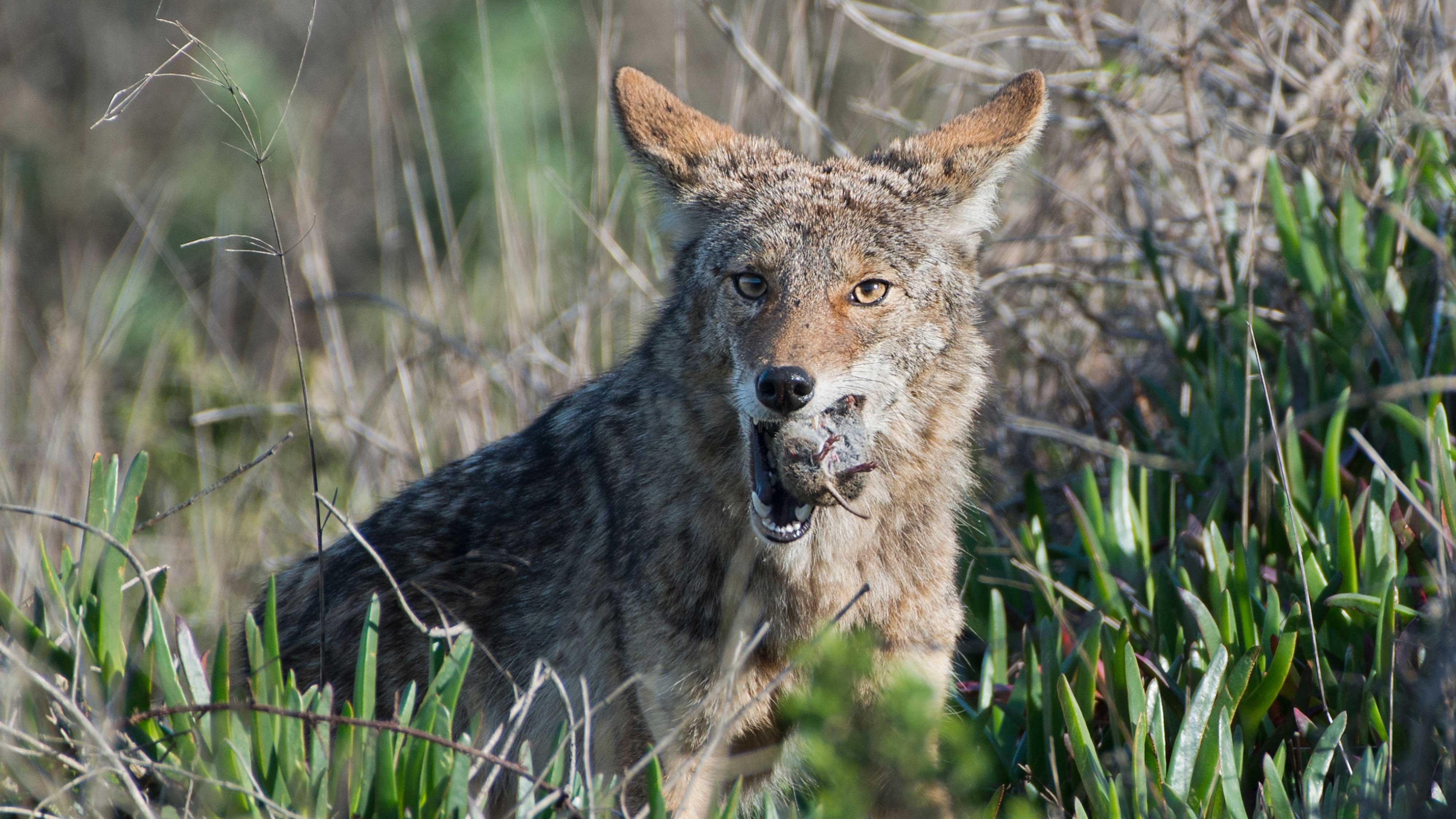 Like raccoons, coyotes are opportunistic eaters, Rafac said. But in Will County and similar areas, where both urban and suburban neighborhoods are adjacent to more rural and natural spaces, the main concern with coyotes is that they will attack and eat our pets, particularly small cats and dogs.

“Coyotes are really smart,” Rafac said, adding there is evidence that they know to look both ways before they cross the street.

Coyotes use their intelligence to help them hunt, and their diet consists mainly of rodents and rabbits, which helps keep those populations from getting out of control.

“Research has shown that where coyotes exist, there is a better balance of nature,” Rafac said. “If the mammals do not have a predator, they could hog all the delicious bugs themselves, leaving animals like songbirds to decline in population.”

One positive benefit of their diet is that keeping the rodent population from rising helps prevent the spread of diseases carried by these creatures, including hantavirus and the plague, according to Coyote Watch. And farmers, too, benefit from coyotes because they help prevent crop loss and damage to crops by rodents.

Despite these benefits, coyotes do pose risk to our pets, which anyone who owns a small dog or outdoor cat should be aware of.

“If you can hear coyotes at night (where you live), it’s your responsibility to take care of your little dog,” Rafac said. 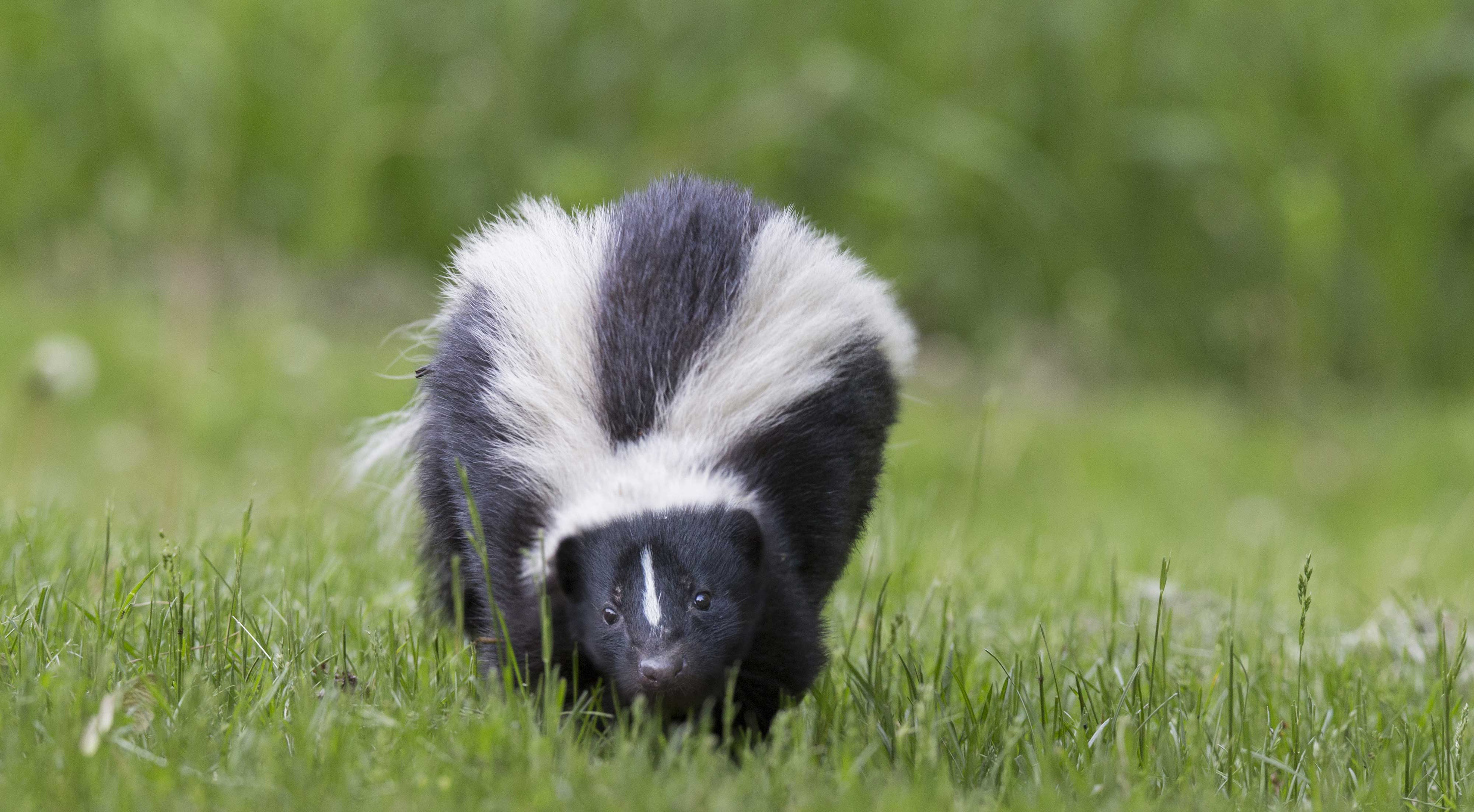 The stinky scent of skunk spray is a familiar one in Will County and throughout Illinois, where these striped mammals are common. The threat of its spray is primarily what makes it a nuisance animal, and more than a few dogs have had face-to-face encounters with skunks that ended up in a stinky discharge.

But skunks mean no harm, and their diet consists of a lot of the animals and insects we would rather do without. They are omnivores, eating equal amounts of animals and plants, according to IDNR. In the spring and summer months, skunks feast primarily on insects, including bees, beetles and grasshoppers. They also dine on young rabbits, ground squirrels, rodents, voles and birds.

Skunks do provide a warning before emitting their noxious spray, which they use to protect themselves. If you see a skunk arch its back, raise its tail and stamp its feet, consider yourself warned. These are signs it is feeling threatened and, if the warning signs are ignored, it will turn around and discharge its skunky spray, IDNR reports. 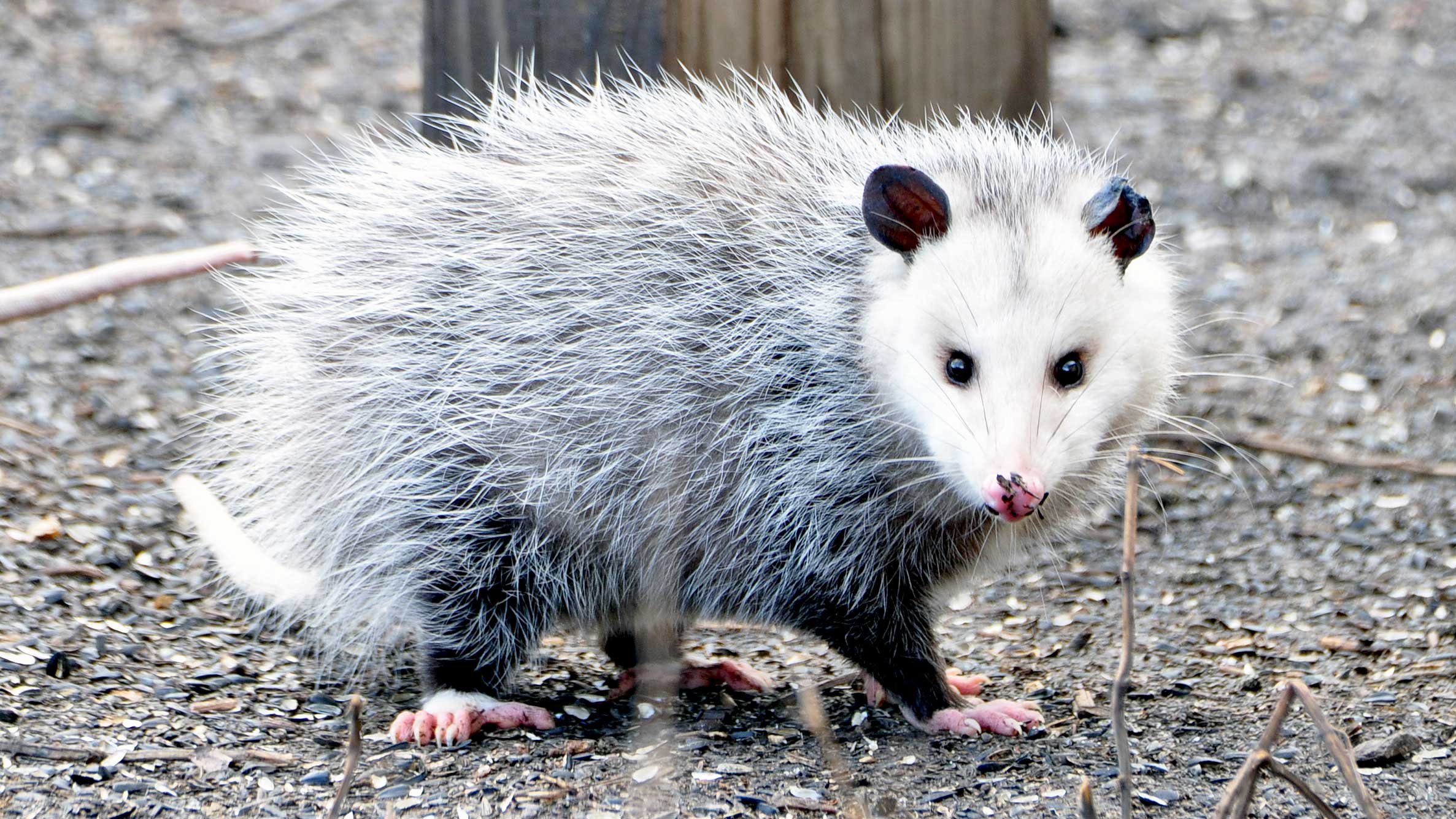 Opossums are known for their unsightly appearance – they won’t be winning any Mother Nature beauty pageants – but these nocturnal creatures help us in several ways.

The omnivorous critters aren’t picky eaters, eating insects, birds, bird eggs, frogs, snails, worms and dead animals in addition to fruit and berries, IDNR reports. Opossums also eat a lot of ticks, which they find on their own fur while grooming themselves.

“Opossums can be beneficial in your neighborhood especially if you have a garden because they eat the pests of the garden,” Rafac said. “They are also good at keeping their competitors away, like rats.”

In addition, opossums have some unique qualities that have caught the attention of scientists. For example, they are immune to snake venom, Rafac said. Researchers are studying what makes them immune and also attempting to develop a universal anti-venom. 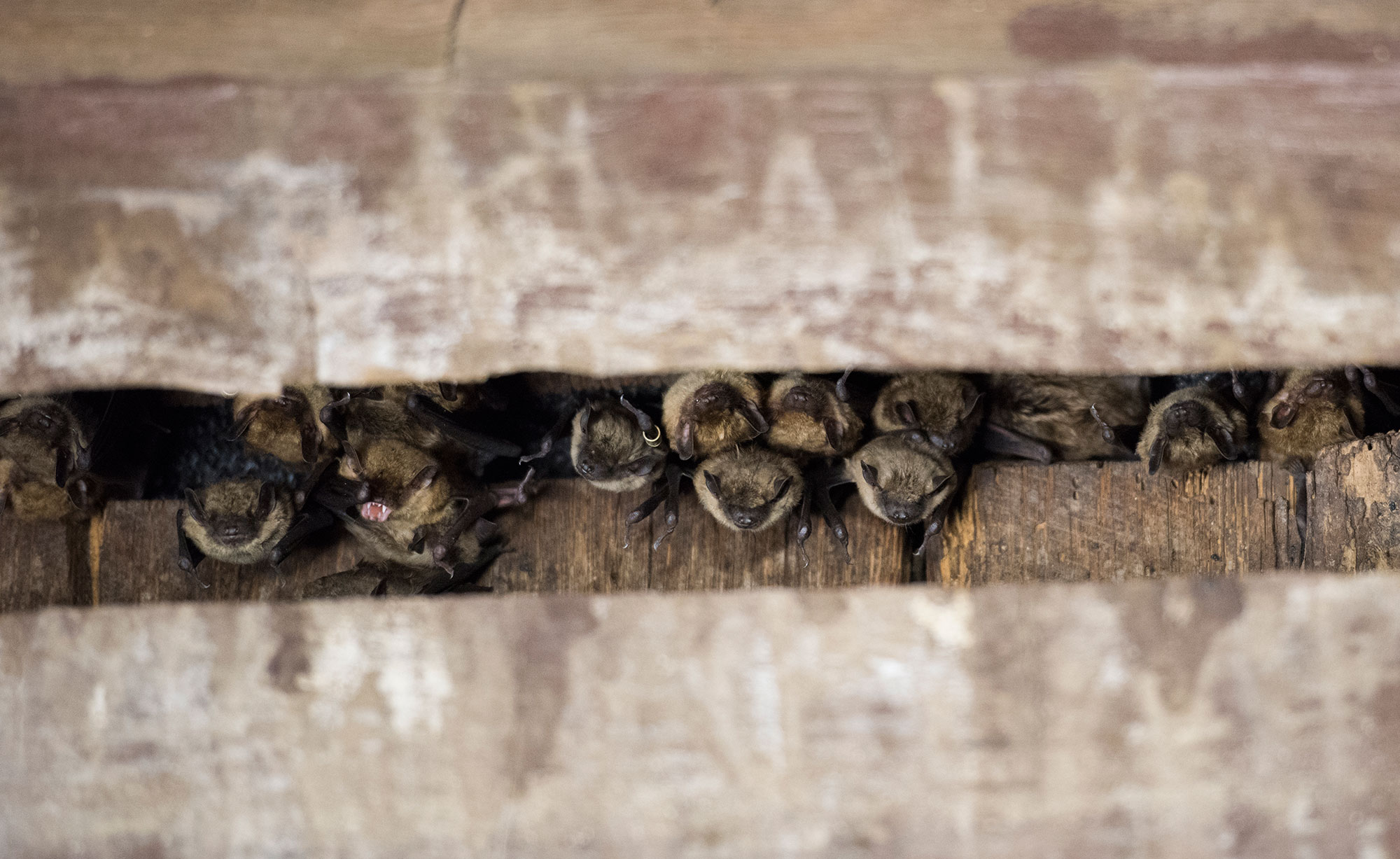 Bats get a bad rap as disease carriers, and they do, in fact, carry diseases, just like most animals do. The disease most commonly associated with bats is rabies, and rabies is found in bats in Illinois more than in any other wildlife species, IDNR reports. However, it’s important to have some perspective: typically less than 5 percent of bats tested for rabies are rabid and, in the bat population as a whole, less than 1 percent have rabies, according to the agency.

Bats flying at night pose no risk to humans, according to IDNR. In addition, these nocturnal creatures help us out in a big way every night when they come out to feast.

“All our local bats are insectivores, keeping the population of those pesky critters under control,” Rafac said.

Some bats in northern Illinois prefer mosquitoes, eating hundreds, even thousands, every night, while other species prefer moths and other insects.

Worldwide, bats play an important role as pollinators as well, Rafac said. In fact, they are the sole pollinator of the agave plant, from which tequila is produced. And their echolocation has contributed to the improvement of sonar technology.

Ticks, mosquitoes and other insects 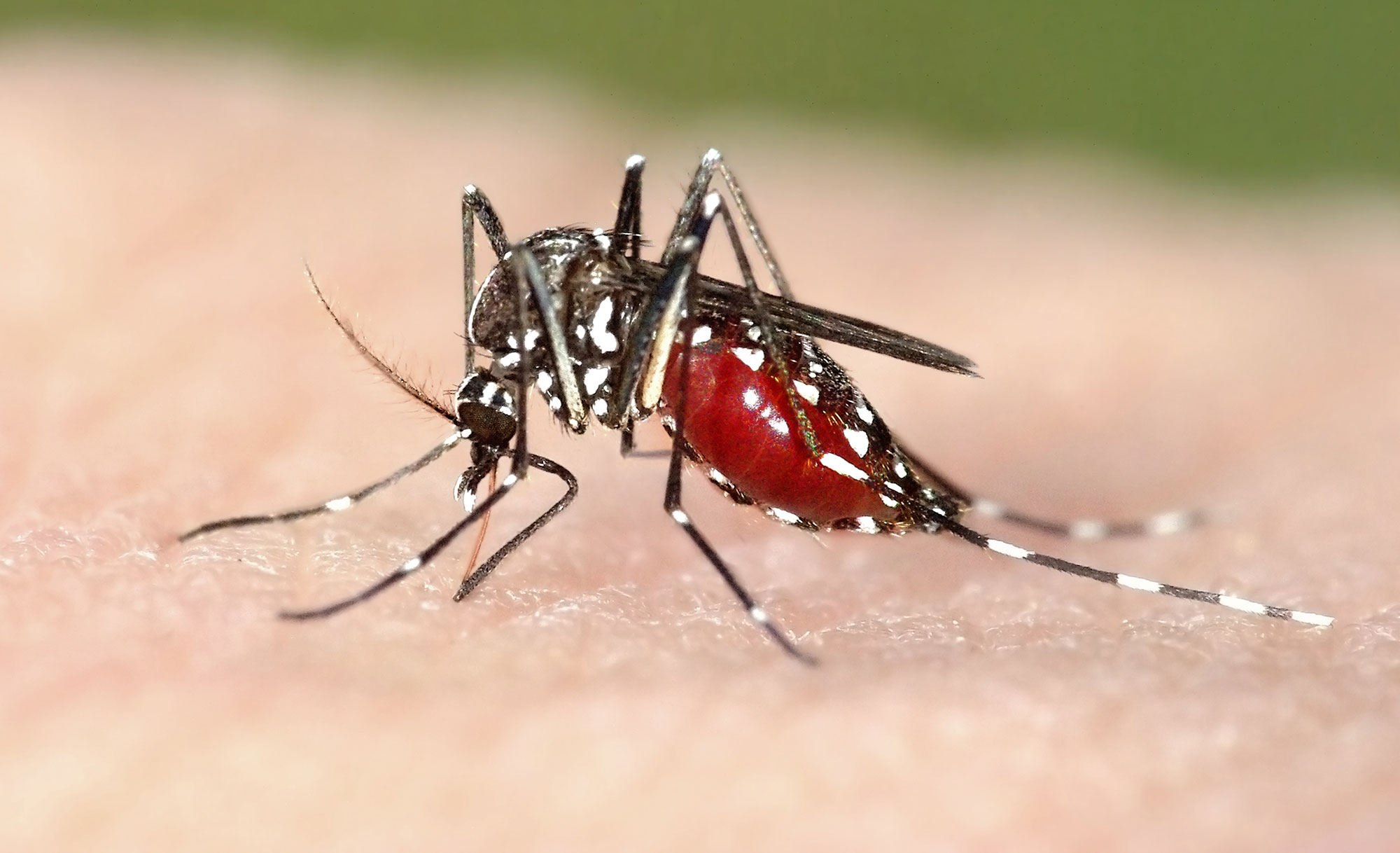 Nuisance insects like ticks and mosquitoes really tick people off, and with good reason. These tiny, biting insects can carry diseases, and the rate of mosquito-borne and tick-borne illnesses more than tripled in the United States between 2004 and 2016, according to the U.S. Centers for Disease Control and Prevention.

While some precautions are necessary to help avoid tick and mosquito bites, it’s important to acknowledge that even these insects also play a helpful role in our ecosystem. Ticks, mosquitoes and many other insects serve as an important food source for other animal species, Rafac said. Opossums, for example, eat a lot of ticks, and many bat species eat mosquitoes and other insects.

Insects play another important role in our environment as well. Many insects in Illinois, including mosquitoes, bees, hornets and wasps, serve as pollinators, transferring pollen to fertilize plants.

And finally, some insects, particularly ticks, serve as host animals for micro-parasites.

“Although that can be dangerous for humans, infected larger mammals help keep species’ populations within carrying capacity,” Rafac said. “They have been providing this service of population control even when dinosaurs roamed the earth. The oldest fossil tick ever recorded is from 90 million years ago."