Stop polluting the preserves with litter

The Forest Preserve District has declared litter Public Enemy No. 1, and for good reason. Litter is polluting and damaging our ecosystems and creating unnecessary hazards for both humans and wildlife.

He said the decision between a $25 citation, the $225 citation or even a verbal or written warning depends on the severity of littering. In cases where an officer sees someone litter, they may issue a warning and also direct the offender to properly dispose of the litter. With larger complaints, such as cases of fly dumping when operations crews have to be dispatched to remove and dispose of items, a $225 citation would be issued, Barrios said. In those instances, offenders will also have to pay the District restitution for the time and equipment used to clean up their mess.

All litter is unsightly and contributes to a frustrating problem caused in most cases by people’s irresponsibility. However, some kinds of litter aren’t just an aesthetically displeasing. They pose serious risks to our habitats and the plants and animals that inhabit them. Here’s a closer look at the types of litter that are polluting our environment. 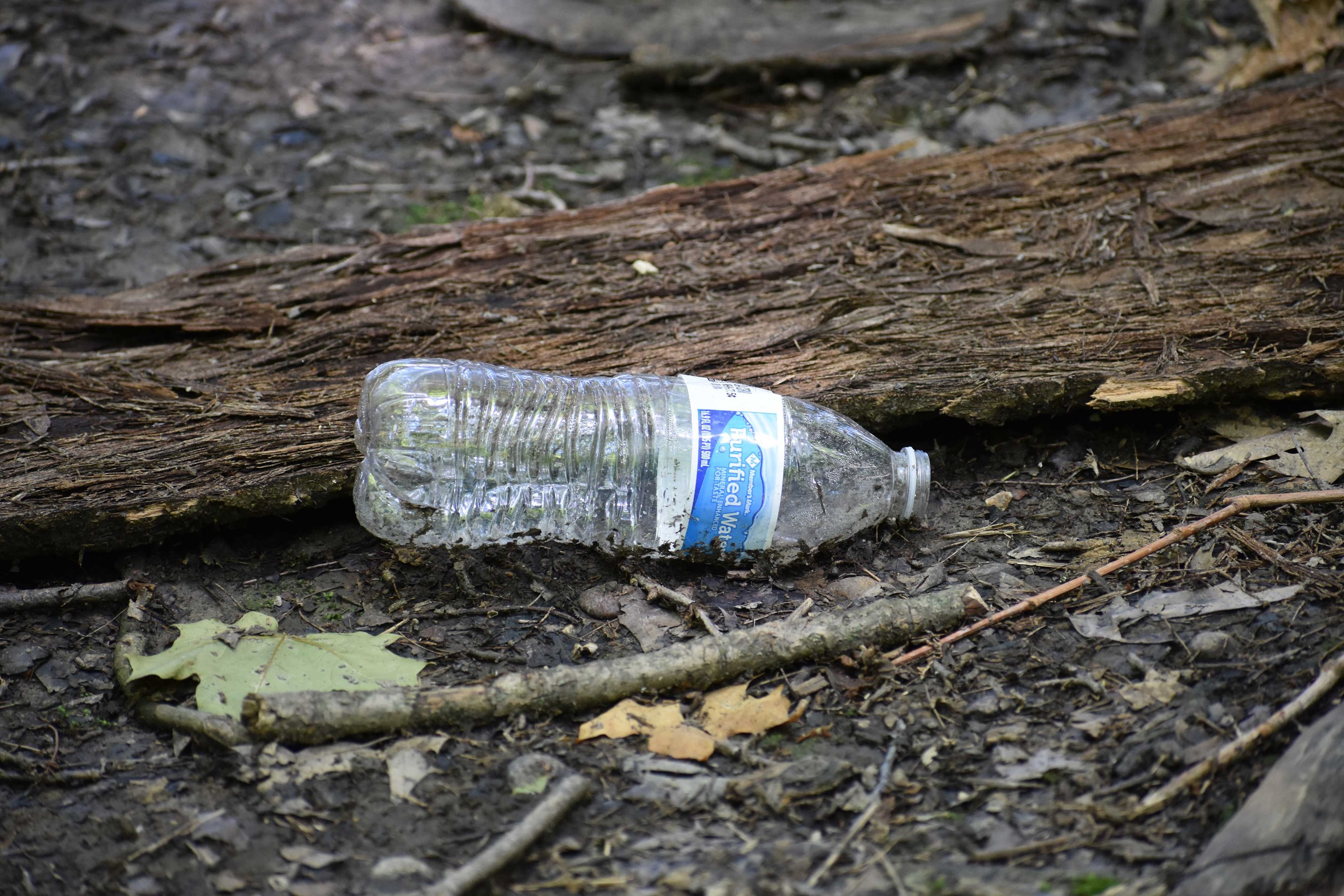 The plastic revolution, which began when plastic production increased drastically after World War II, has transformed our world, and our use of plastics shows no signs of slowing down. In fact, half of all the plastic ever made has been made in the past 15 years, National Geographic reports.

Think about it. How many everyday items can you list that are made from or stored in plastic? We drink from plastic bottles and eat with plastic utensils. We bring our weekly groceries — many of them stored in plastic containers — home from the store in plastic bags.

The problem with plastic is its permanence; the plastics we use today will long outlive us. Plastics take between 100 and 400 years to break down in a landfill, according to the U.S. Environmental Protection Agency. And because it’s so cheap and convenient, we use more of it than ever, often in the form of products that are meant to be used only once. These single-use plastics — drink bottles, plastic straws and utensils, and food containers — are the kinds of items we often see littering the ground and waterways.

Littered plastic often ends up in our waters, where it continuously breaks down into smaller and smaller pieces. Along the way, it poses hazards for wildlife that can become stuck in or injured by plastic litter. Eventually, the plastic pieces become so small you can no longer see them. These microplastics are in waterways all across the world and are even in our water systems and the air, National Geographic reports. That means we are ingesting these plastics as well, according to the World Health Organization. 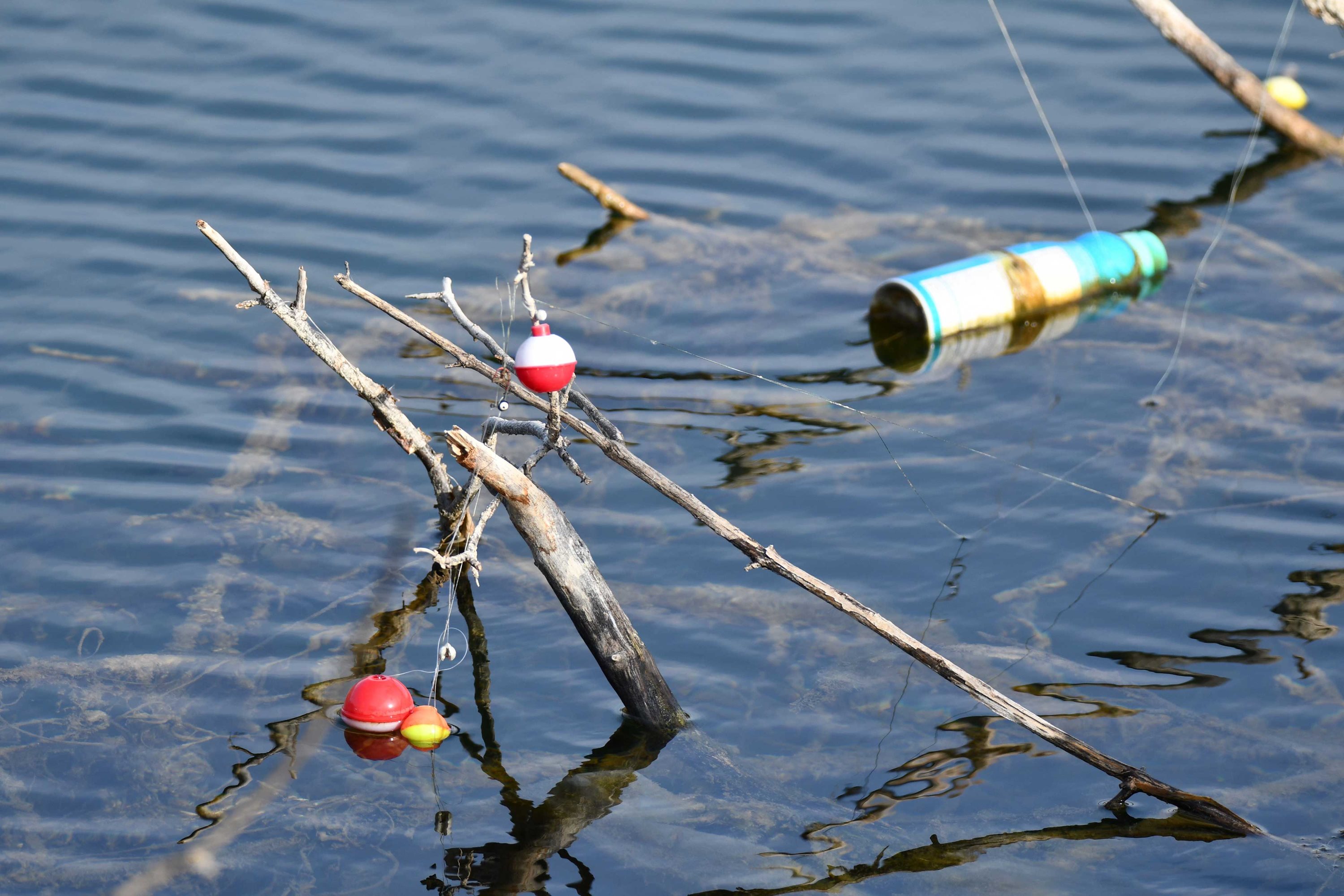 Fishing line probably doesn’t top any lists when it comes to problematic and pervasive litter, but it’s exceptionally dangerous for wildlife because they can get caught in it when it is not properly disposed of. And as you may see when visiting the preserves and other popular fishing spots, fishing line often is not thrown away properly and is instead seen tangled on trees, bushes and other structures.

The toll fishing line takes is not easily known. Most research and statistics focus on ocean animals, but these problems plague freshwater waterways as well. Unfortunately, we’ve seen plenty of proof in our own preserves. In March 2018, a pelican was found tangled in fishing line at McKinley Woods-Kerry Sheridan Grove. It was rescued but later had to be euthanized because its injuries were too severe to recover. Just a month later, an egret was found dead, tangled in fishing line, hanging from a tree at Lake Renwick. In May 2019, a robin became entangled in fishing line at Isle a la Cache Preserve and died. In March 2020, a great blue heron was found hanging from a tree at Rock Run Rookery. And those are just the animals that we’ve been made aware of.

It’s not just fishing line that’s problematic for animals. Fishing nets and hooks also injure and kill untold numbers of animals every year. A Canada goose was rescued at Monee Reservoir in June of 2020 with not only fishing line wrapped around its leg and cutting into it, but there also was a hook that had gone completely through the leg. Without any help, the goose could have lost its leg or, even worse, its life.

This problem is particularly frustrating because the Forest Preserve District provides monofilament recycling receptacles at its most popular fishing lakes. This seems easy enough, but as we’ve seen time and again, it’s not. Instead of these monofilament containers being full of fishing line, we’ve found all sorts of other items stuffed inside, rendering them useless for anglers who want to use them responsibly.

Recycling the fishing line is the perfect solution, because like other plastic products, monofilament lasts a long time — about 600 years, according to Leave No Trace. 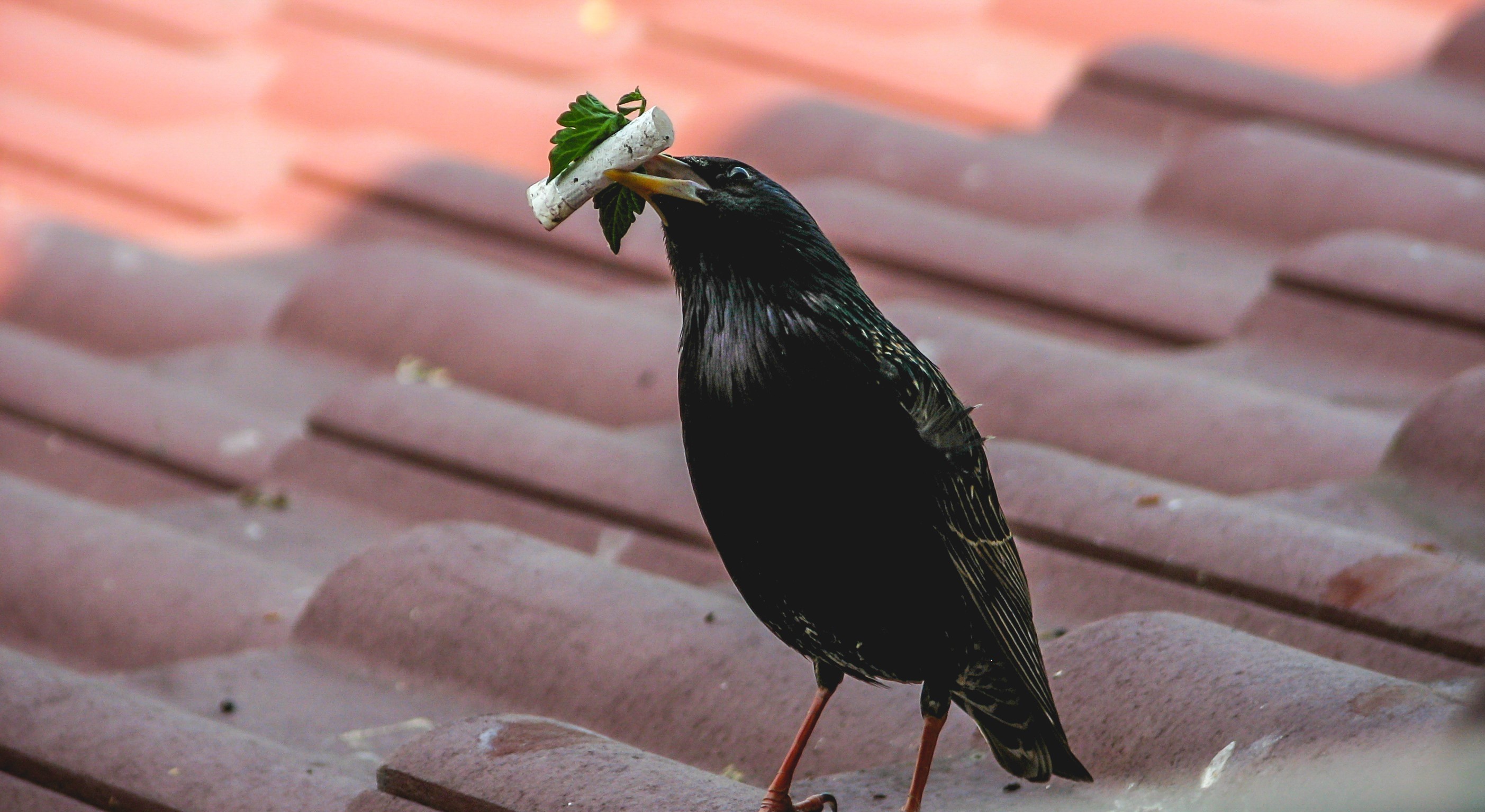 It probably comes as no surprise, but cigarette butts are the single-most littered item on Earth, to the tune of about 4.5 trillion littered butts a year worldwide, according to National Geographic.They account for about 38% of all the world’s collected litter.

The sheer number of cigarette butts improperly disposed of each year is staggering, but these butts don’t just leave behind an unsightly mess. They are also an environmental hazard. And while they deserve to be in a category all their own, cigarettes could also be lumped in with our most pervasive litter — plastic — because cigarette butts are made from a kind of plastic called cellulose acetate, National Geographic reports.

When cigarettes are carelessly tossed aside — out a car window, along a sidewalk, on a beach — the plastic is just part of the environmental hazard they create. Cigarettes are also full of dangerous substances, including nicotine, arsenic and heavy metals, that then leach into the environment.

Cigarette butts allowed to accumulate on the ground can prevent plants from growing properly, and they are also a hazard for wildlife that may mistake them for food, National Geographic reports. And cigarette butts in water are polluting our waterways locally and globally. This can be harmful to all aquatic life, including plants and animals.

As smoking rates decrease in the United States, so, too, does the number of cigarette butts left behind as litter. Even better news? The decline in cigarette butt litter of almost 70% vastly outpaces the drop in the number of smokers in America, according to the Keep America Beautiful study. 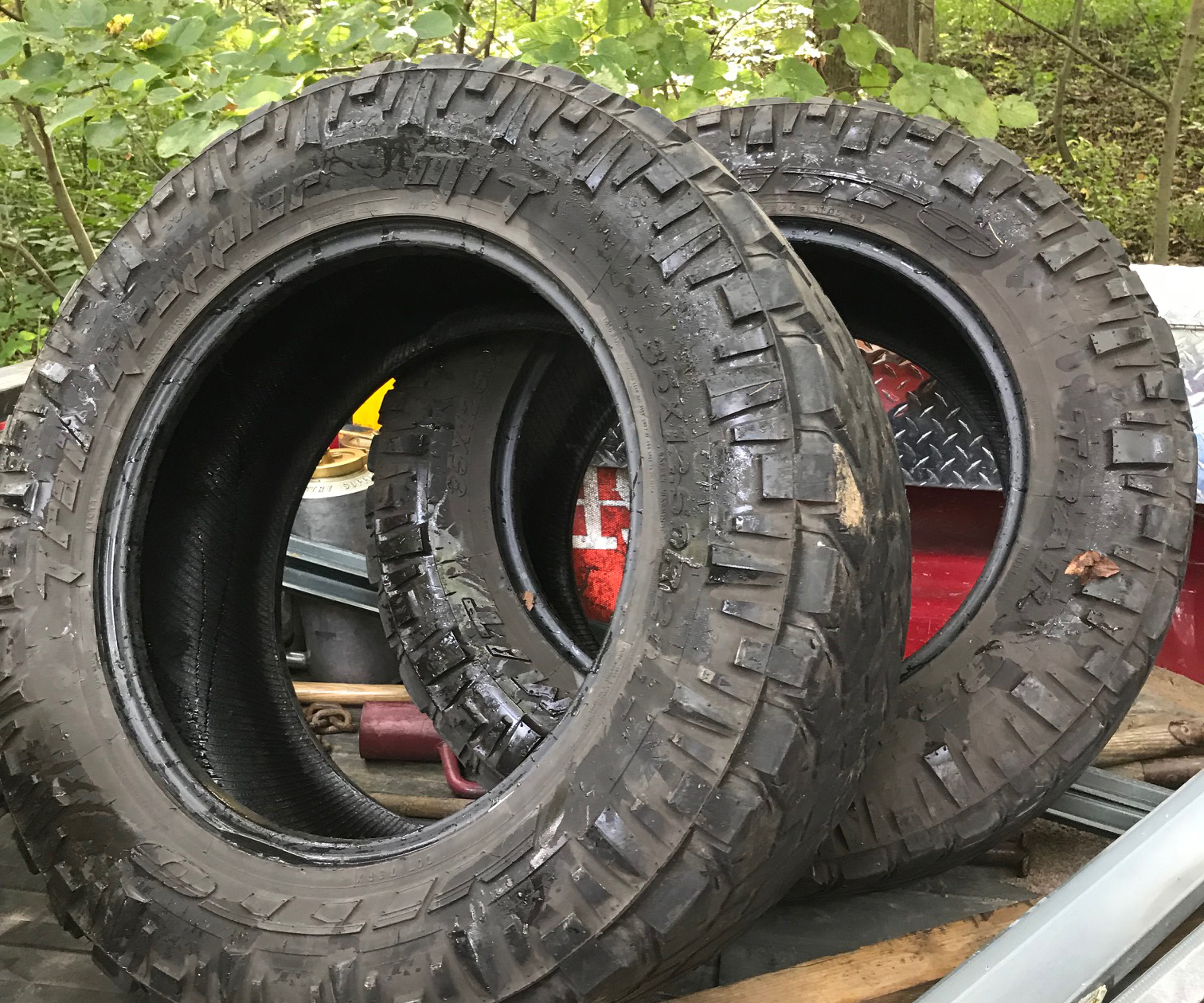 Fly dumping, also called illegal dumping, is when people take their trash — be it bagged garbage or large items like tires, mattresses and appliances — and dump it on land they do not own, including privately owned properties and properties owned and maintained by the government.

This kind of dumping is ugly to look at and also creates extra work and expense to remove. In the case of illegal dumping on public lands, those costs are paid for with your tax dollars. In addition, fly dumping can also create physical and environmental hazards.

Physical hazards come in the form of broken glass and sharp objects left on the ground, according to the Illinois Environmental Protection Agency. Large items like appliances can be dangerous if moved and may pose trapping hazards for children and wildlife.

Environmental hazards can include leaching of chemicals and other contaminants into the ground. Remember, there’s a reason many of the items that are commonly illegally dumped — tires and electronics, for example — cannot be disposed of with your regular weekly trash. They must be disposed of specially to mitigate risks to the environment.

Another potential health hazard created by illegal dumping is that it often inadvertently creates a breeding ground for potentially disease-carrying mosquitoes. When items like tires are dumped, water can collect, creating standing water for mosquitoes to breed in, the Illinois EPA advises.

Bottom line: No matter what form it takes, litter is a blight to our environment and ultimately to the health and well-being of all living things. Let’s work together to keep our preserves and our communities clean.