Of the nearly 70 preserves owned and managed by the Forest Preserve District of Will County, 11 hold special status because of their designation as state nature preserves.

In 2018, the state marked the 40th anniversary of the release of the first Illinois Natural Areas Inventory (INAI), initially published in 1978. From 1975-78, a statewide survey of Illinois’ existing native species populations found 1,085 significant natural areas. This list of natural areas has undergone several updates over the years, most recently in June 2017.

“The Illinois Natural Areas Inventory provides a set of information about high quality natural areas, habitats of endangered species, and other significant natural features. Information from the INAI is used to guide and support land acquisition and protection programs by all levels of government as well as by private landowners and conservation organizations.”

Because of nature preserves’ protected status, typically the only alterations made to the land by the Forest Preserve are the additions of public parking accommodations, latrines and hiking trails. Dogs are also prohibited from dedicated nature preserves.

Ralph Schultz, chief operating officer for the Forest Preserve, summarized the importance of the Illinois Natural Areas Preservation Act to the District.

“There have been many times when the additional protection provided under the Illinois Natural Areas Preservation Act has been instrumental in protecting our Will County natural areas and mitigating damage or loss that could have occurred due to changes in land use or development proposals,” he explained.

Along with ownership of these preserves comes the responsibility of managing them. In order to maintain the native species that these lands protect and to eliminate non-native, often aggressive species that are introduced into the preserves, the Forest Preserve systematically uses invasive species control, prescribed burning and habitat restoration.

“The Forest Preserve’s preservation and land stewardship programs have always been focused on the protection and management of the highest quality natural habitat remnants in the county,” Schultz said. “The ability and responsibility to protect these sites for people today and for generations to come is at the core of our purpose.”

Ten of the Forest Preserve’s 11 state nature preserves are on the INAI list. Here is a look at these dedicated nature preserves, and the important natural features found at each location: 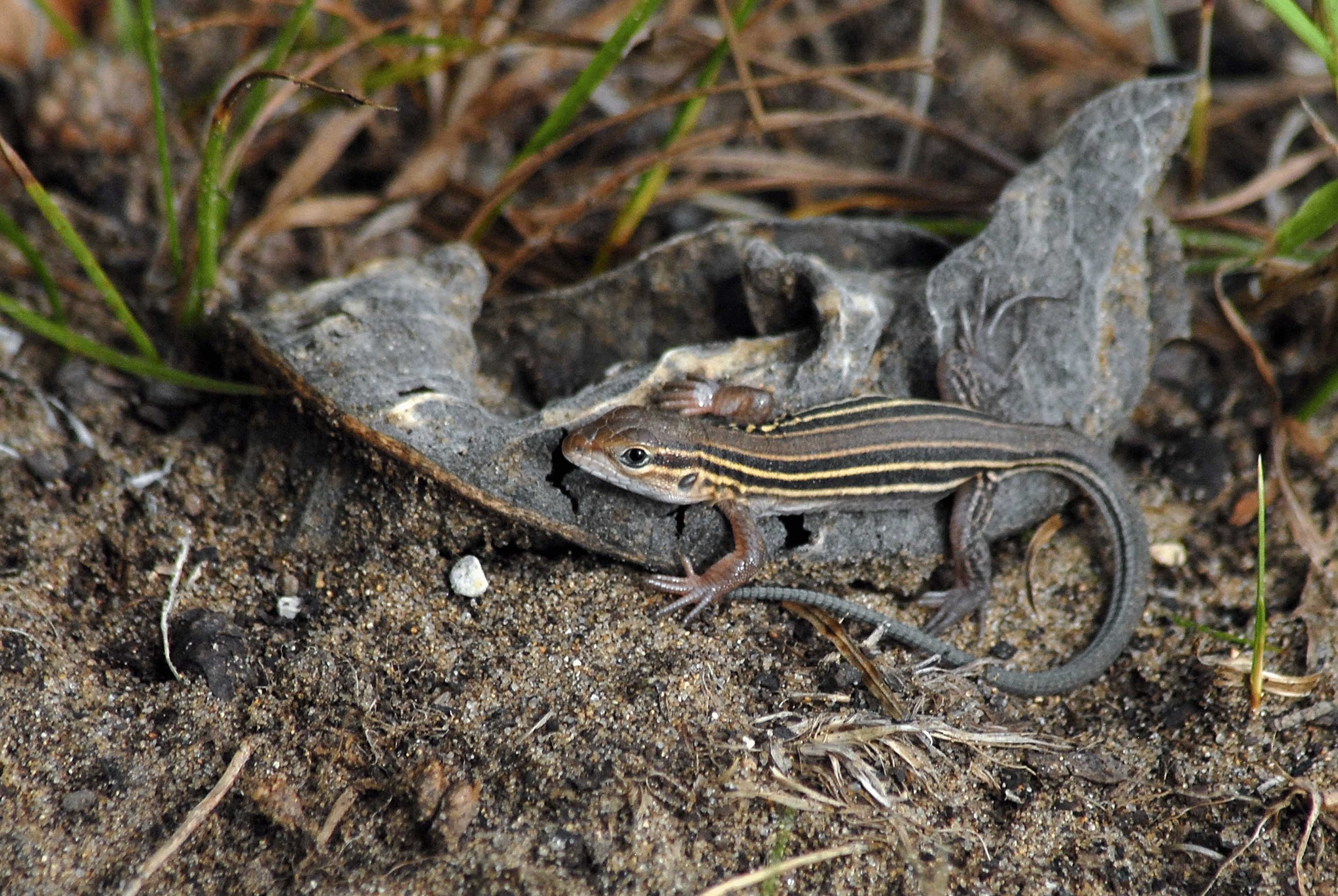 Braidwood Dunes and Savanna Nature Preserve, according to the IDNR website, “is one of the largest and most diverse examples of its type remaining in Illinois.” As a savanna, the preserve is a grassland region with scattered trees, grading into both open plain and woodland. Braidwood Dunes also features prairie and wetland habitats.

A unique feature of the site is its crescent-shaped sand dunes, which formed when the area was the shoreline of the ancient glacial Lake Wauponsee.

Due to this mixture of habitats, more than 100 bird species have been identified and “several species of mammals, reptiles, amphibians and invertebrates have been observed,” IDNR states. “Tiger salamander, western chorus frog, six-lined racerunner, western slender glass lizard, bullsnake and bluebirds are some of the more uncommon animals known from this preserve.” 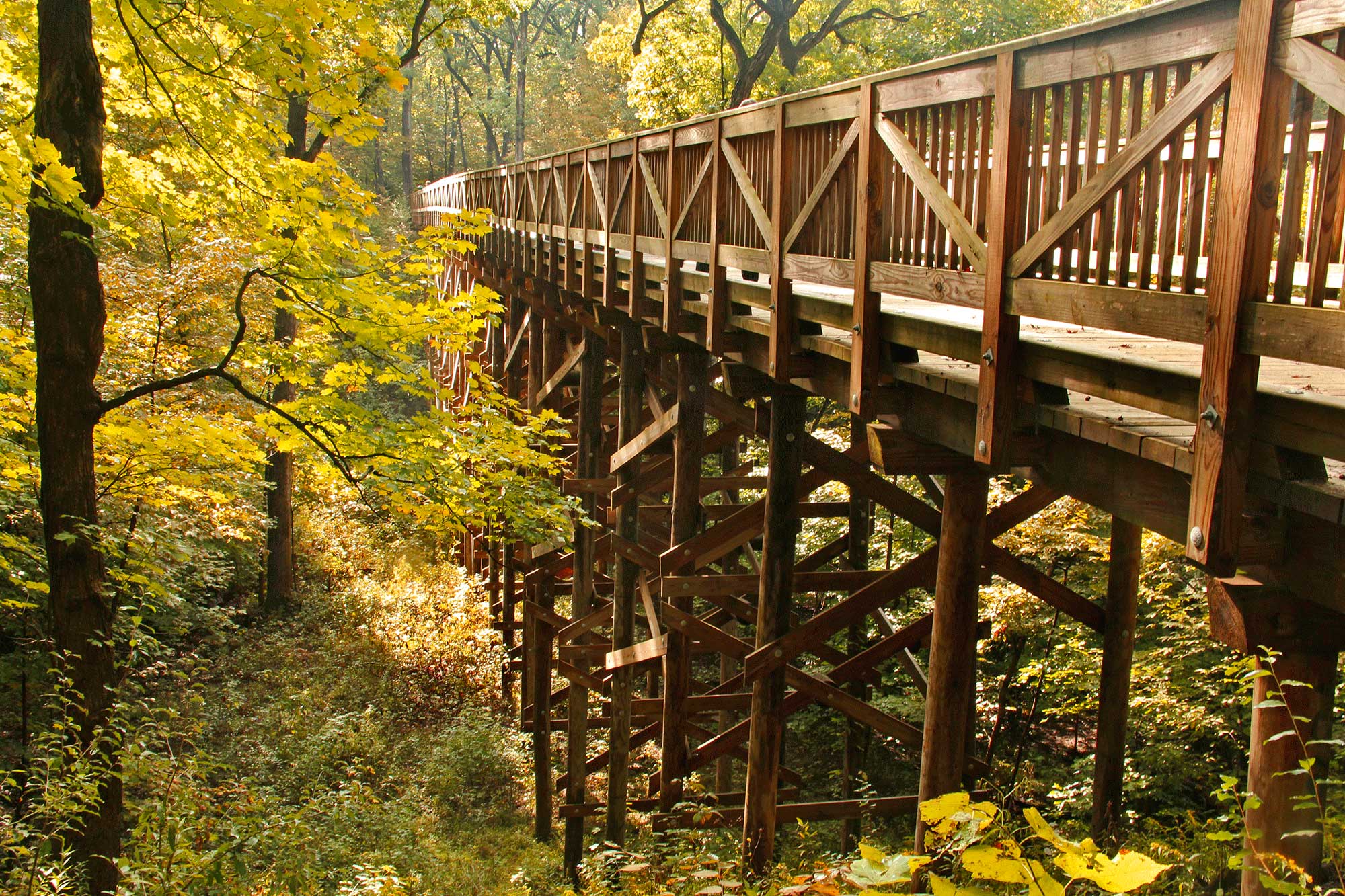 At 891 acres, Goodenow Grove Nature Preserve, in Crete Township, is one of the Forest Preserve District’s largest preserves. In 1996, 541.22 acres were designated as a state nature preserve. Goodenow Grove is home to Plum Creek Nature Center, a visitor center dedicated to Will County’s natural heritage. Throughout the year, the nature center features public and school programs, a nature playscape for children, a bird observation area and, on snowy days, tube rental for sledding down Goodenow Grove’s 40-foot-high sled hill.

Among the nature preserve’s characteristics are upland forest, floodplain forest and forested seep. It also protects several state-threatened or endangered plant species, including the spotted coral-root orchid and ear-leafed foxglove.

Wildlife found at the preserve includes more than 50 bird species, such as the pileated woodpecker, yellow-rumped warbler, brown creeper and hermit thrush. The nature preserve is also home to a variety of plant species, including the largest population of the state-threatened savanna blazing star in Illinois, as well as the federally threatened Mead's milkweed. Hickory Creek Barrens provides access to the 3.74-mile, paved western segment of the Hickory Creek Bikeway, and also to the 7.56-mile, paved Route 30 Bikeway.

Unique among all of the District’s nature preserves is Lake Renwick Heron Rookery Nature Preserve, in Plainfield. While all of the other sites protect native flora and fauna or feature rare topography, Lake Renwick is the nesting spot for hundreds of mating pairs of birds that breed on islands in the middle of the lake. Great egrets, great blue herons and double-crested cormorants return to Lake Renwick every spring and raise their chicks through the summer.

From late spring through August, the Forest Preserve offers public programs on Wednesday and Saturday mornings at a viewing area that includes spotting scopes for a close-up look at these nesting birds.

The preserve is open the rest of the year during the nonbreeding season from 8 a.m.-sunset. It offers great opportunities for bird viewing and recreation on its 1.44 miles of crushed limestone trail.

Lockport Prairie Nature Preserve, which features globally imperiled dolomite prairie habitat, is located in Lockport Township, alongside the Des Plaines River. According to the IDNR website, “plants have had to adapt to a high water table during most of the growing season. The dolomite prairie is a high quality remnant on shallow limestone soils. This type of community has almost completely disappeared from the Midwest. … Probably the most unique feature of Lockport Prairie is the presence of the federally endangered leafy prairie clover. Prior to the discovery of the clover at Lockport Prairie, the last record of the plant in Illinois was over seventy years ago. Also, a large population of the rare prairie satin grass is found here. The preserve is a very significant tract of prime wildlife habitat. Numerous songbirds, shorebirds, waterfowl and birds of prey use the area.”

At the end of 2017, the Army Corps of Engineers awarded a $2.3 million contract for an extensive restoration project at Lockport Prairie and the adjacent Prairie Bluff Preserve in Crest Hill. The work will be ongoing until 2023.

Two hundred and fifty of Lockport Prairie’s 320 acres were dedicated as a nature preserve in 1983. The preserve provides a 0.43-mile natural surface trail. 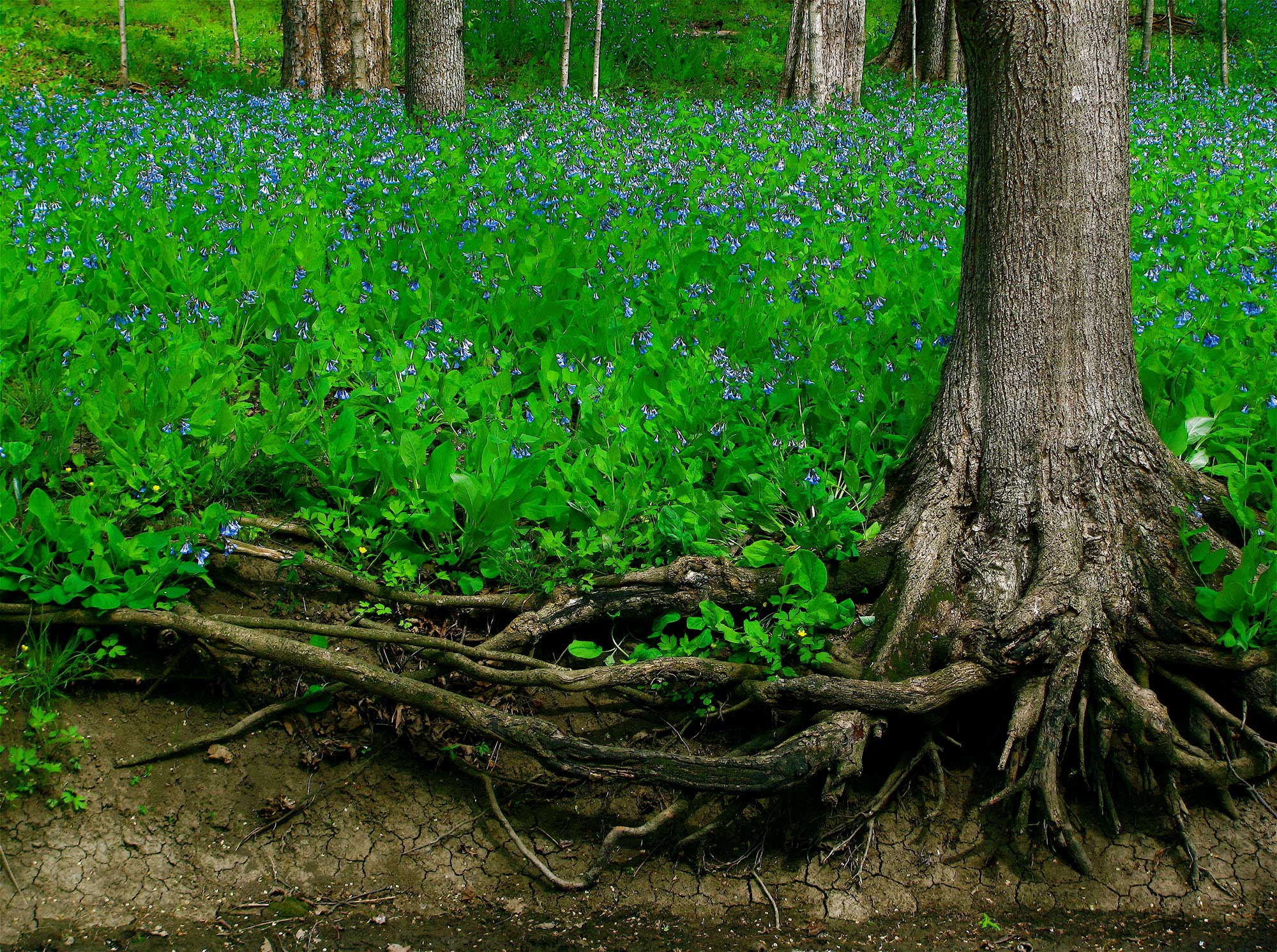 Messenger Woods Nature Preserve, in Homer Glen, was the first preserve acquired by the Forest Preserve District. In 1930, the District bought 144 acres for $17,851 – or $125 per acre. Today, Messenger Woods comprises 441 acres.

In 1994, 381 acres were dedicated as a state nature preserve and an additional 25 acres were added in 1999 to provide a buffer.

The nature preserve includes a diversity of habitats, including forest, prairie, savanna and wetlands as well as a portion of Spring Creek. More than 80 bird species have been observed at Messenger Woods.

The 213-acre Raccoon Grove Nature Preserve, located in Monee Township, was acquired between 1937 and 1992. A total of 211 acres was designated as a nature preserve in 1989. The preserve protects upland and floodplain forest and savanna habitats, and a portion of Rock Creek. Tree species include white, bur, black and red oak, shagbark hickory and sugar maple, and the forest floor supports a spectacular display of spring wildflowers, including blue-eyed Mary and Virginia bluebell. 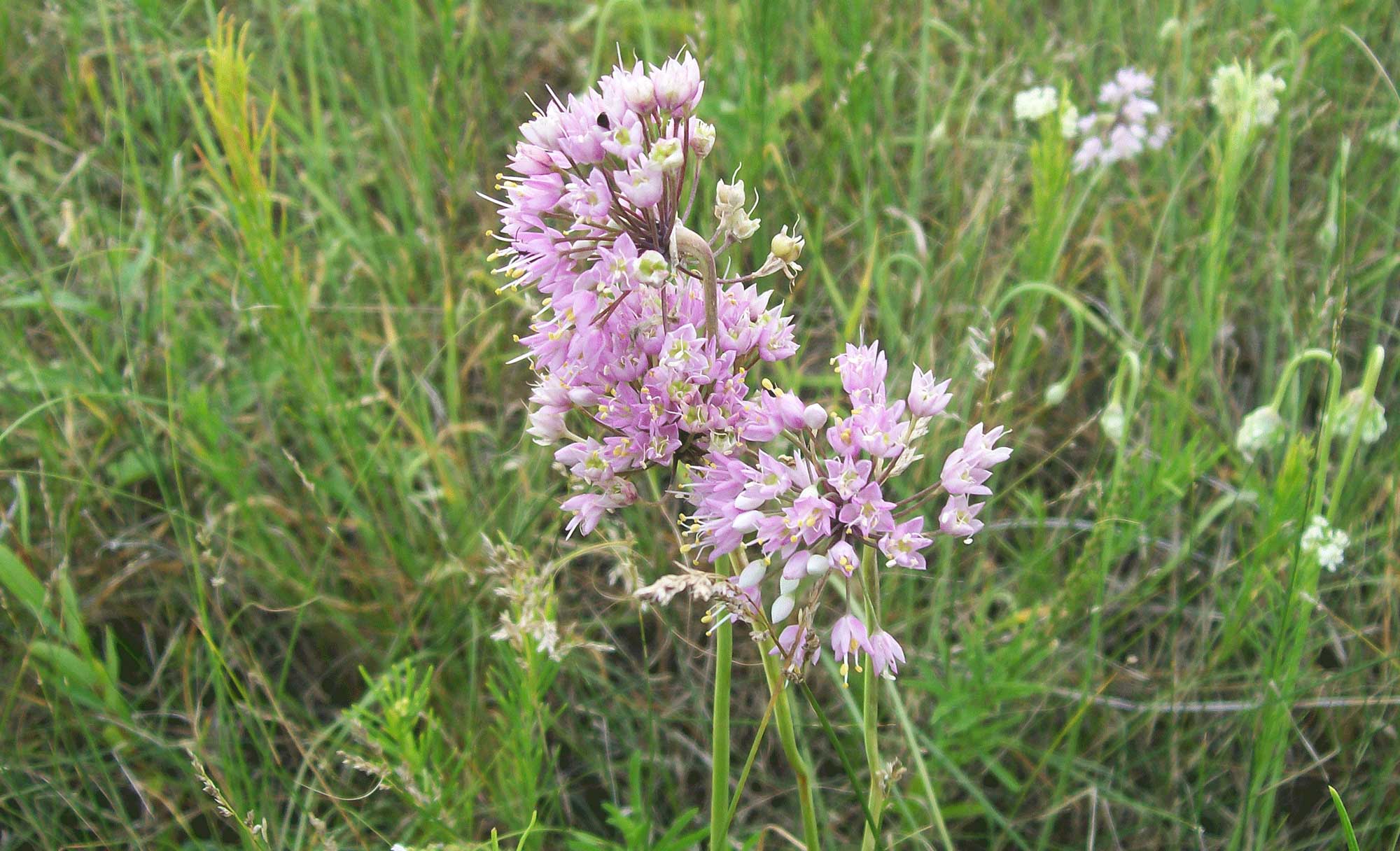 Of Romeoville Prairie Nature Preserve’s 315 acres, 155 acres were dedicated as a state nature preserve in 1984. Two key factors in identifying the preserve as a Natural Areas Inventory site are the presence of graminoid fen (an area of mineralized groundwater upwelling, dominated by grasses, sedges and peat) and dolomite prairie. Romeoville Prairie Nature Preserve protects a diversity of habitats, including forest, prairie, wetland and a portion of the Des Plaines River. Wildlife found at the preserve includes a variety of reptiles and amphibians.

The preserve is also home to more than 500 plant species, including the pickerelweed and low calamint. 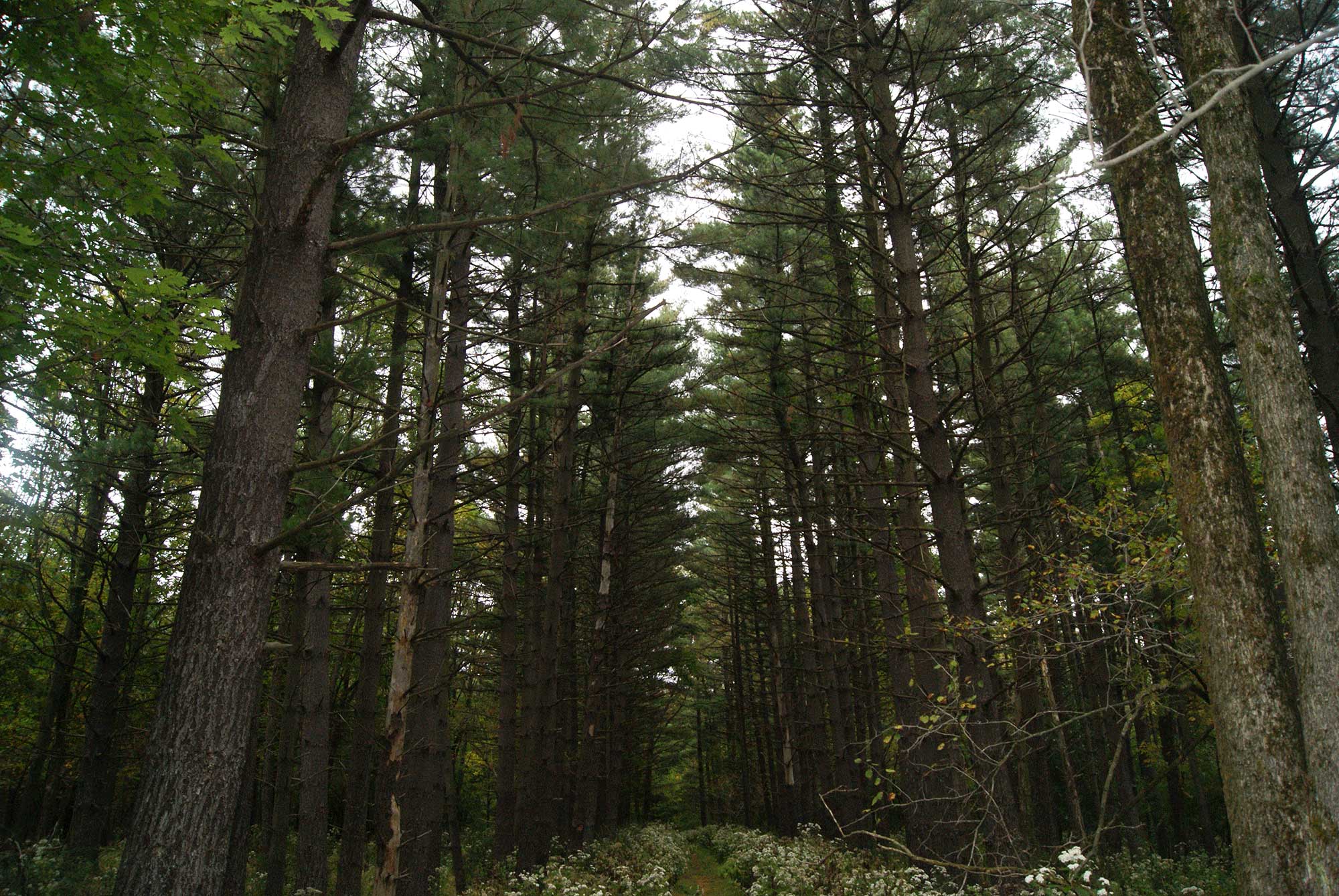 Wildlife found at the preserve includes southern flying squirrels, warblers, woodpeckers and a variety of hawk species. The preserve is also home to various plant species, including basswood and sugar maple. 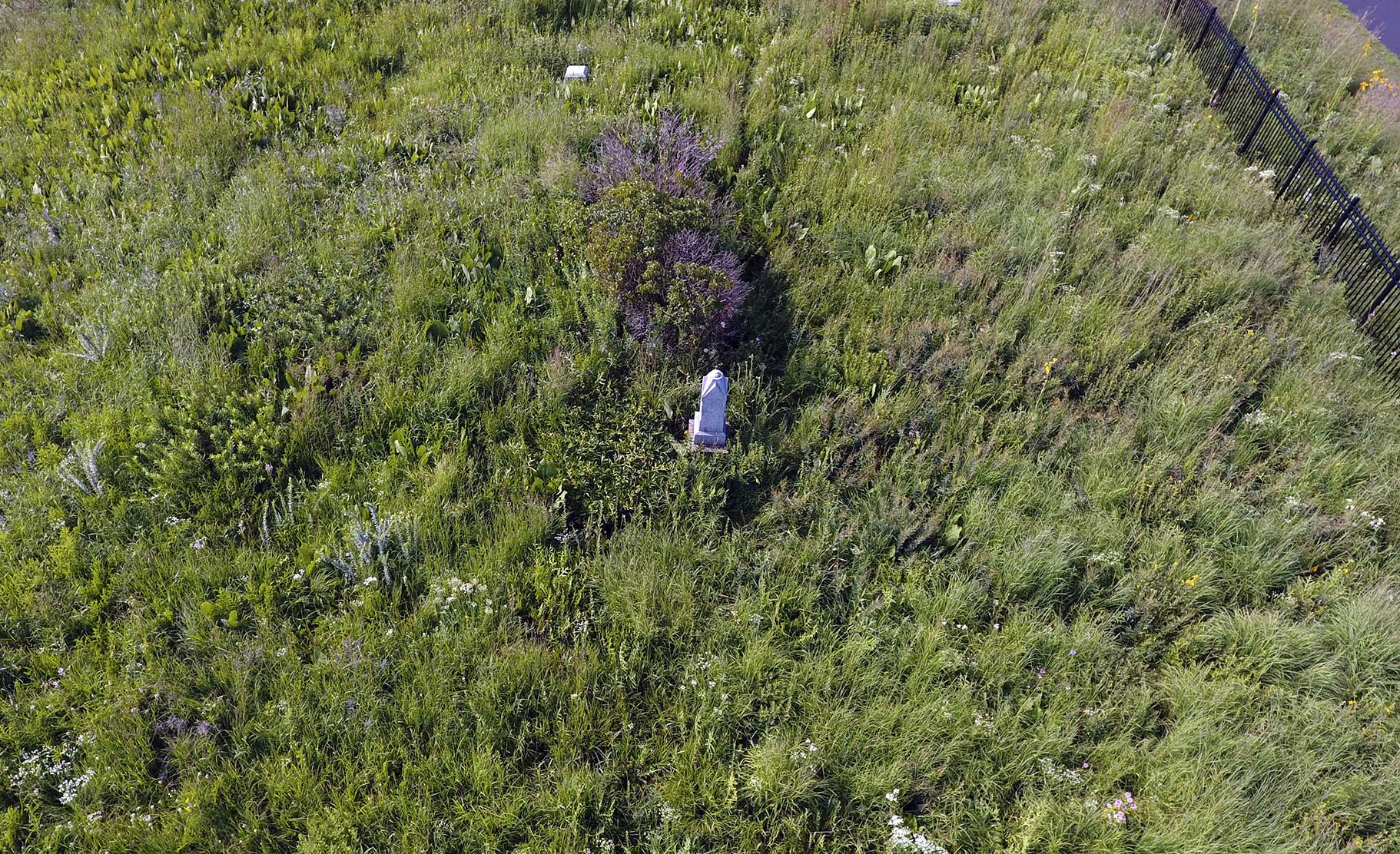 Vermont Cemetery Preserve, in Naperville, is unique for its size: 1 acre of the 37-acre preserve was dedicated as a nature preserve in 1999. This tiny parcel has been fenced in to protect the rich native flora, with more than 130 native plant species, and gravesites of dozens of 19th-century settlers buried there.

In 1961, Dr. Robert Betz, a biochemistry professor at Northern Illinois University, recognized the exceptional variety of native prairie plants growing in the cemetery and, with volunteer assistants, began managing the special 1-acre plot, which included a fence, erected in 1970 and paid for with volunteer donations.

Among the native flora at Vermont Cemetery is the federally threatened and state-endangered Mead's milkweed.