They may raid your bird feeders, but there are still plenty of reasons to give them some love

It's nearly impossible to set foot in a yard in an established neighborhood, in a park, or in a wooded area without coming across one of these furry critters. They could be climbing a tree, digging for food or executing some incredible acrobatic moves that would make Cirque du Soleil performers envious.

Squirrels also have the tendency to go viral thanks to their shenanigans. For example, there was the time one invaded a home and complete pandemonium broke out. Or the time an unsavory squirrel stole a cookie and attacked a police officer. And we can't forget about the time a Michigan man had some car trouble, only to discover it was caused by a packrat squirreling away pinecones for years to come.

While that particular feat was amazingly entertaining, some people — especially people with bird feeders — may consider them a nuisance, but they really are some incredible creatures.

Here are some nutty facts about these tiny wildlife wonders. 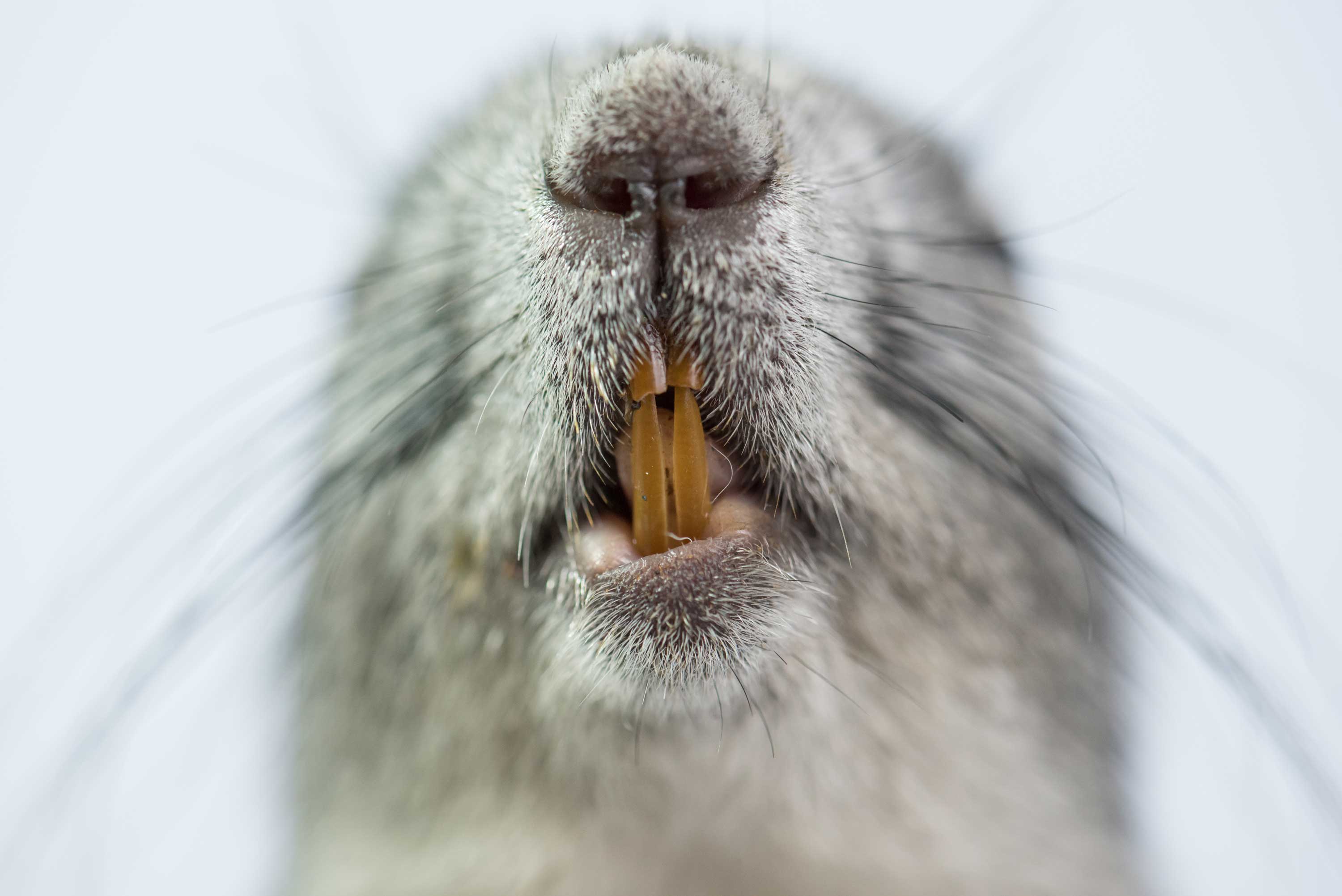 On average, their incisors will grow six inches per year, but during normal chewing, the teeth — when properly lined up — will grind against each other to prevent them from getting too long and causing issues. 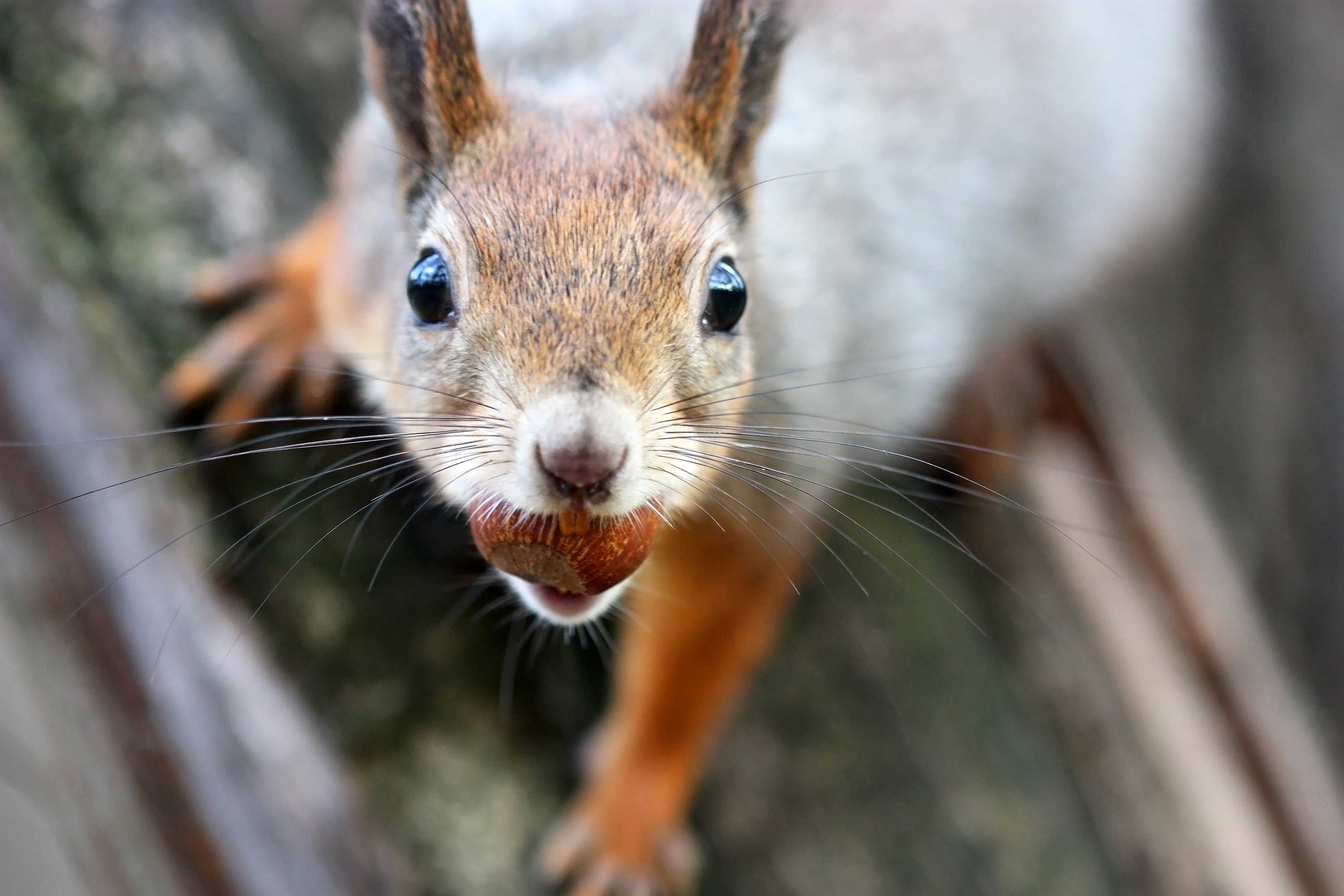 They're hoarders with bad memories

Studies show squirrels fail to recover up to 74 percent of the nuts they bury, making them unintentional heroes when it comes to reforestation. 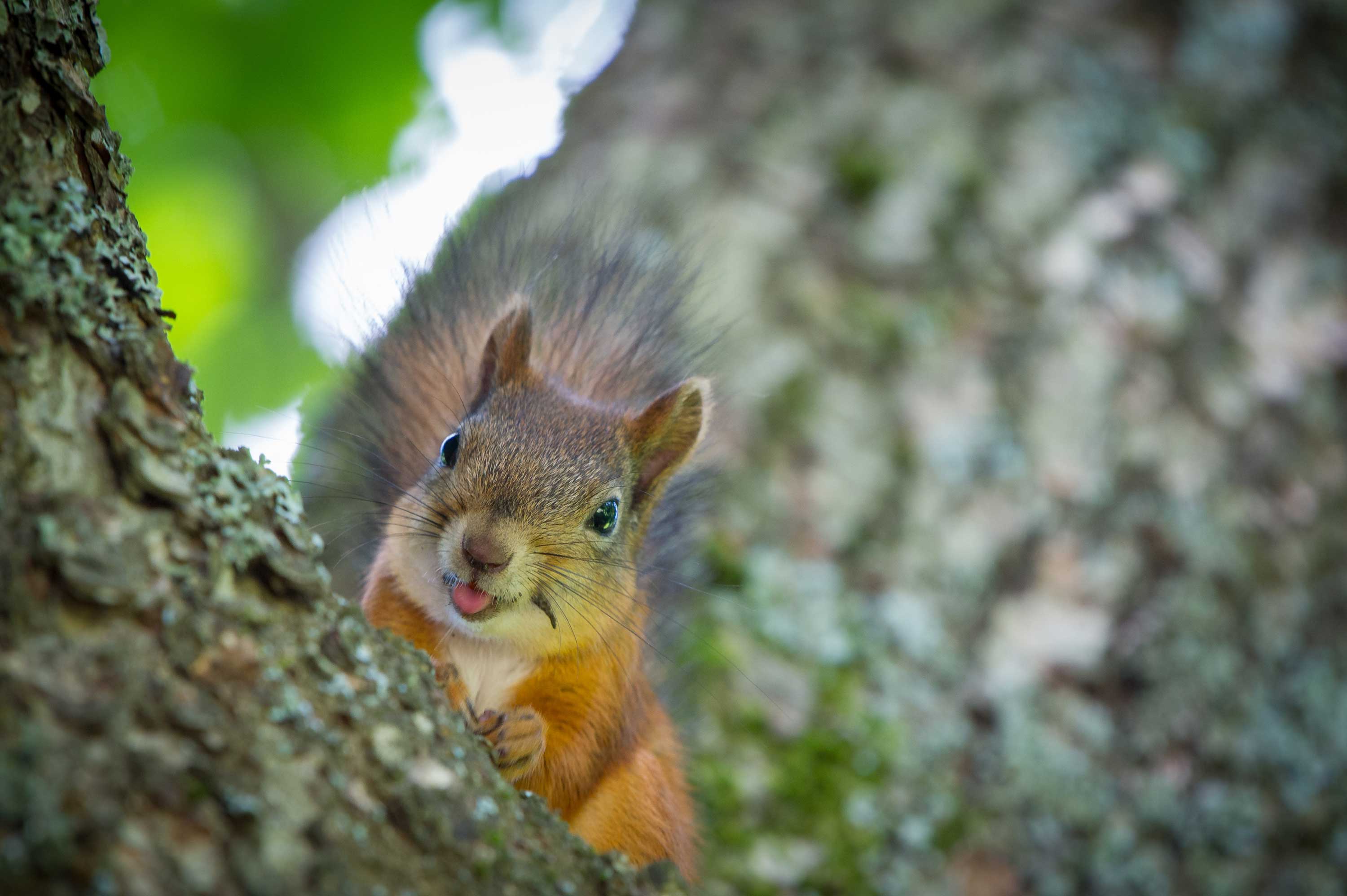 Squirrels can be pretty sly

To help safeguard the stash they don't forget about months later, squirrels can be crafty little critters and have been seen engaging in "deceptive catching." That involves digging a hole, then covering it up without depositing the nut when they think they're being watched. This is to throw off food thieves, who are estimated to steal up to 25 percent of a squirrel's underground stash.

How do they decide what to eat and what to bury? They're more likely to immediately eat a white-oak acorn, which has less fat and will germinate soon after it is buried in the fall, while stashing away the red-oak acorn because it won't sprout until spring and also contains more fat, which comes in handy to survive the cold winter months. 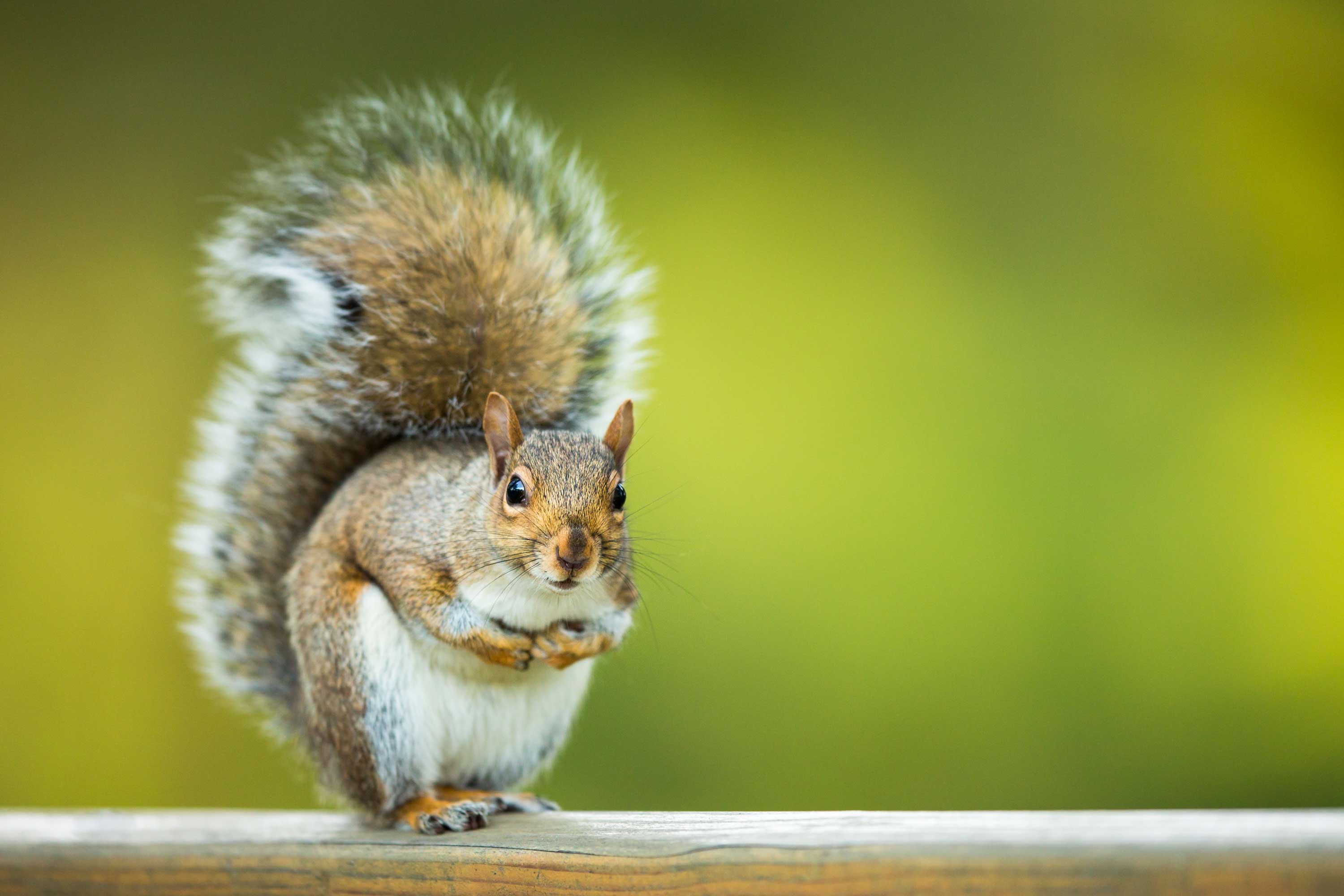 They can be a bunch of thieves and troublemakers

Not only will bird feeders attract feathered friends to your yard, but also squirrels looking to snag a quick meal. And while you probably already know that to be the case, some research has shown us just how much of your bird seed is going to squirrels robbing your feeders.

A study released in May 2018 logged 33,000 visits to bird feeders from both birds and squirrels and concluded that half of the food is going to those unsavory squirrels.

In the process, they can pull off some fairly acrobatic moves.

But stealing food isn't the only crime these critters will commit.

You also can blame them for cutting your Christmas lights. 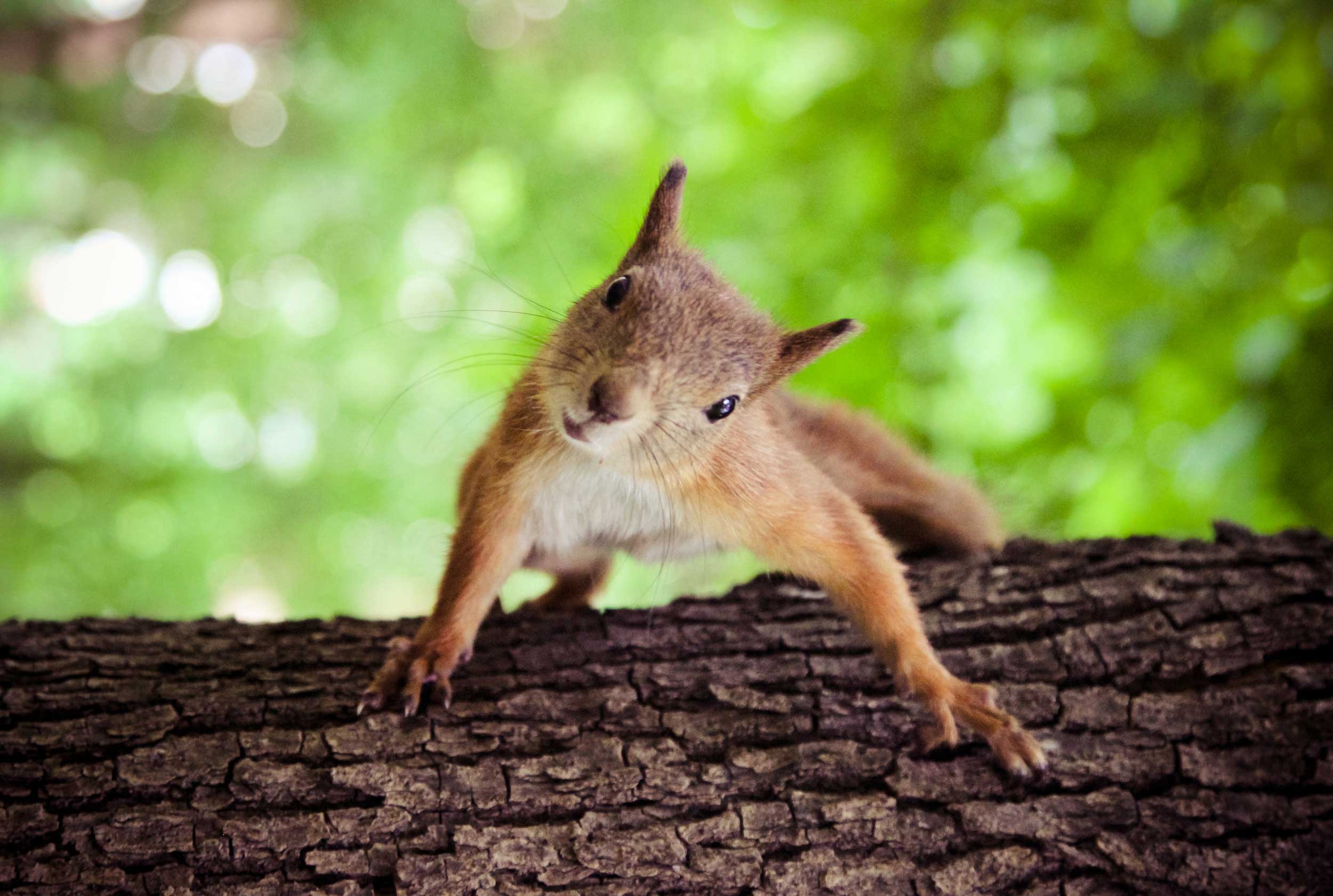 They're a bunch of scaredy cats

If you have an invasion of squirrels causing problems in your yard, go low tech to keep them out. For example, beach balls in a fenced yard will work wonders, because the wind knocking them around will frighten them. Plastic bags tied to branches also can work, although your neighbors may not approve of the littered look. 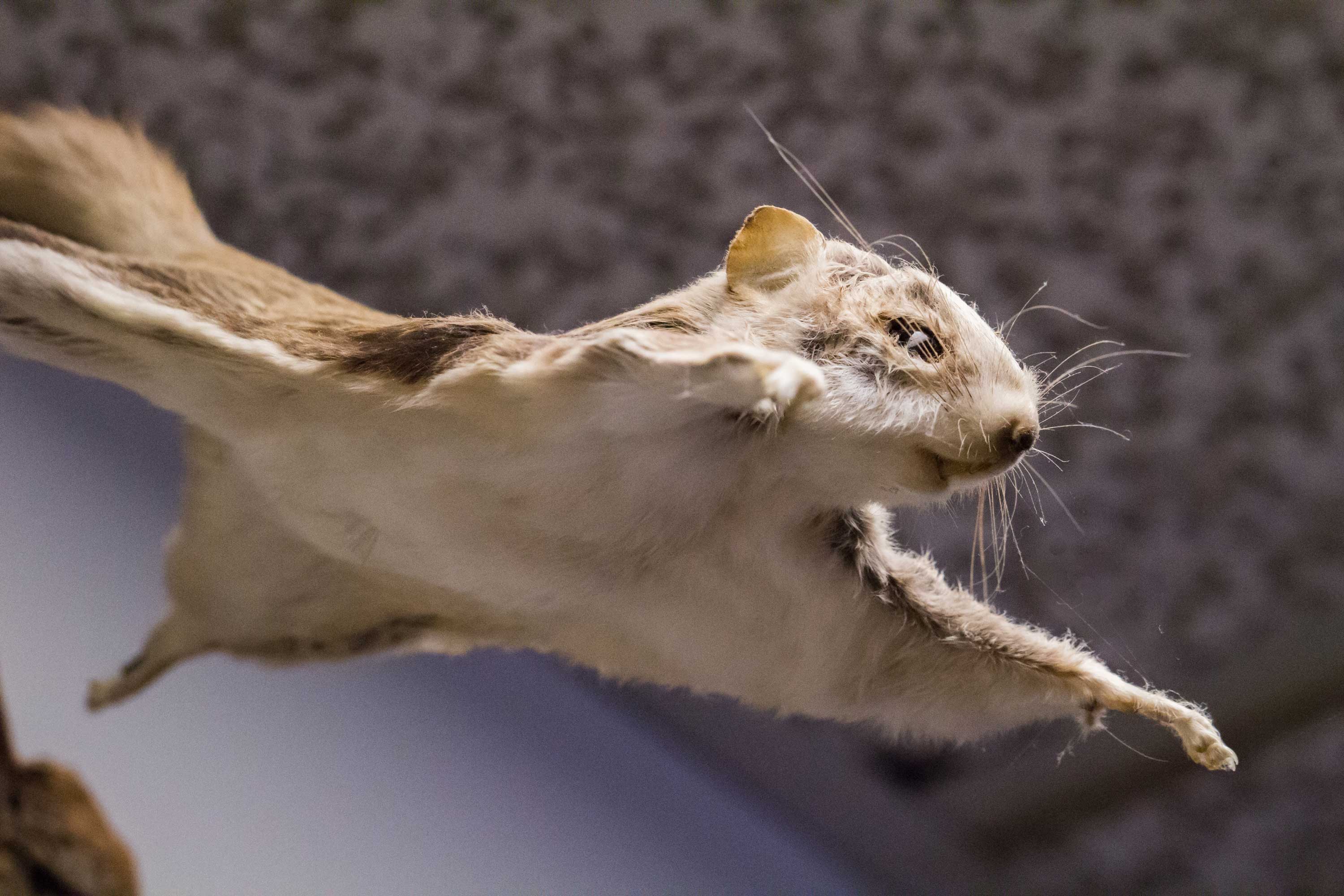 So many squirrels, and some can fly

In all there are more than 200 species of squirrels worldwide. Without a doubt, the coolest is the flying squirrel, even though they technically don't fly but can execute gliding leaps in excess of 150 feet. 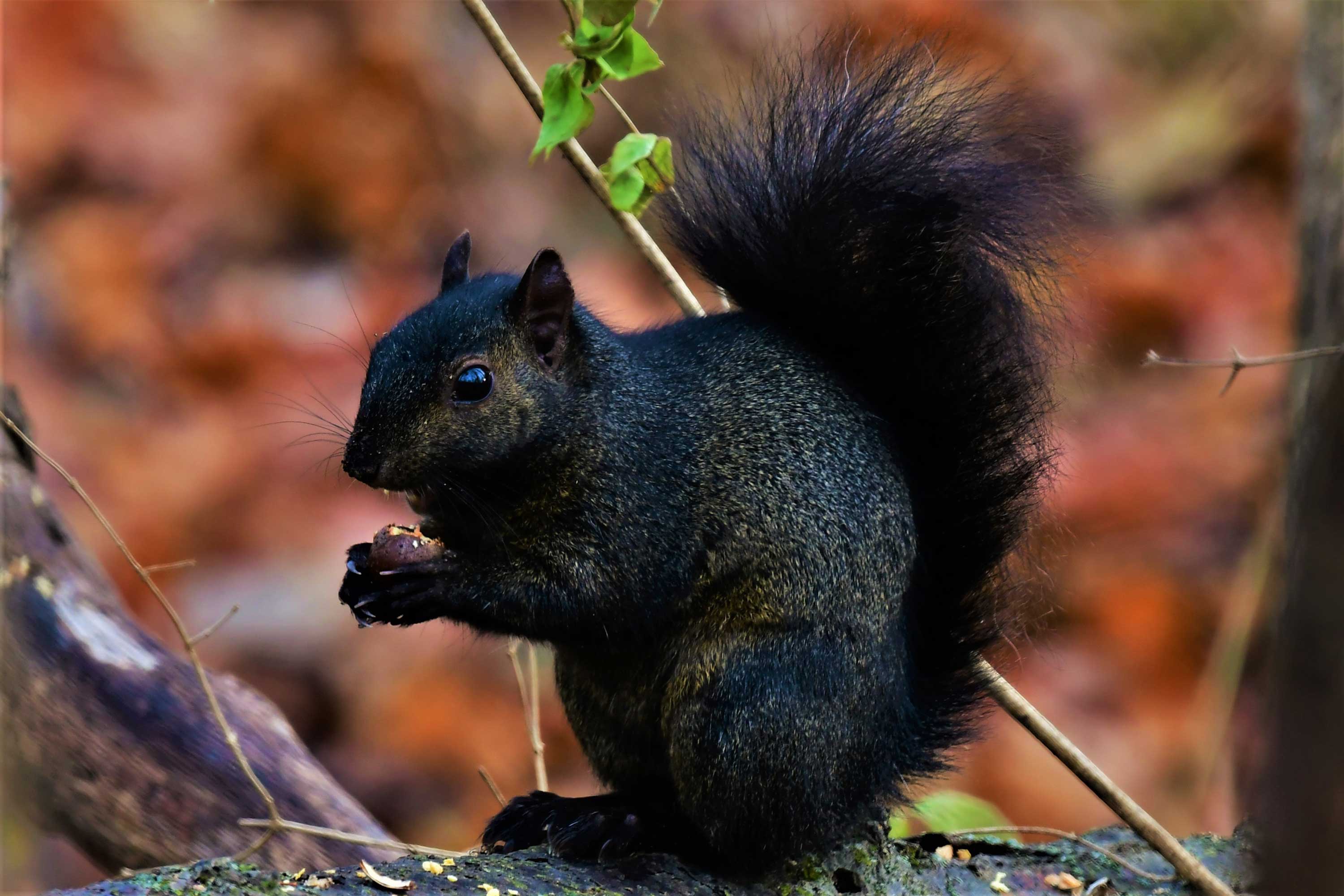 Black squirrels are freaks of nature

Depending on where you are, black squirrels can be a dime a dozen or a rare treat. For example, they can account for up to 10 percent of the population along the Illinois-Wisconsin border, but in Will County, they can be extremely rare.

So what makes them black?

Some may think they're a different species, but in fact, the dark coloring is due to a genetic mutation affecting their fur coloring. 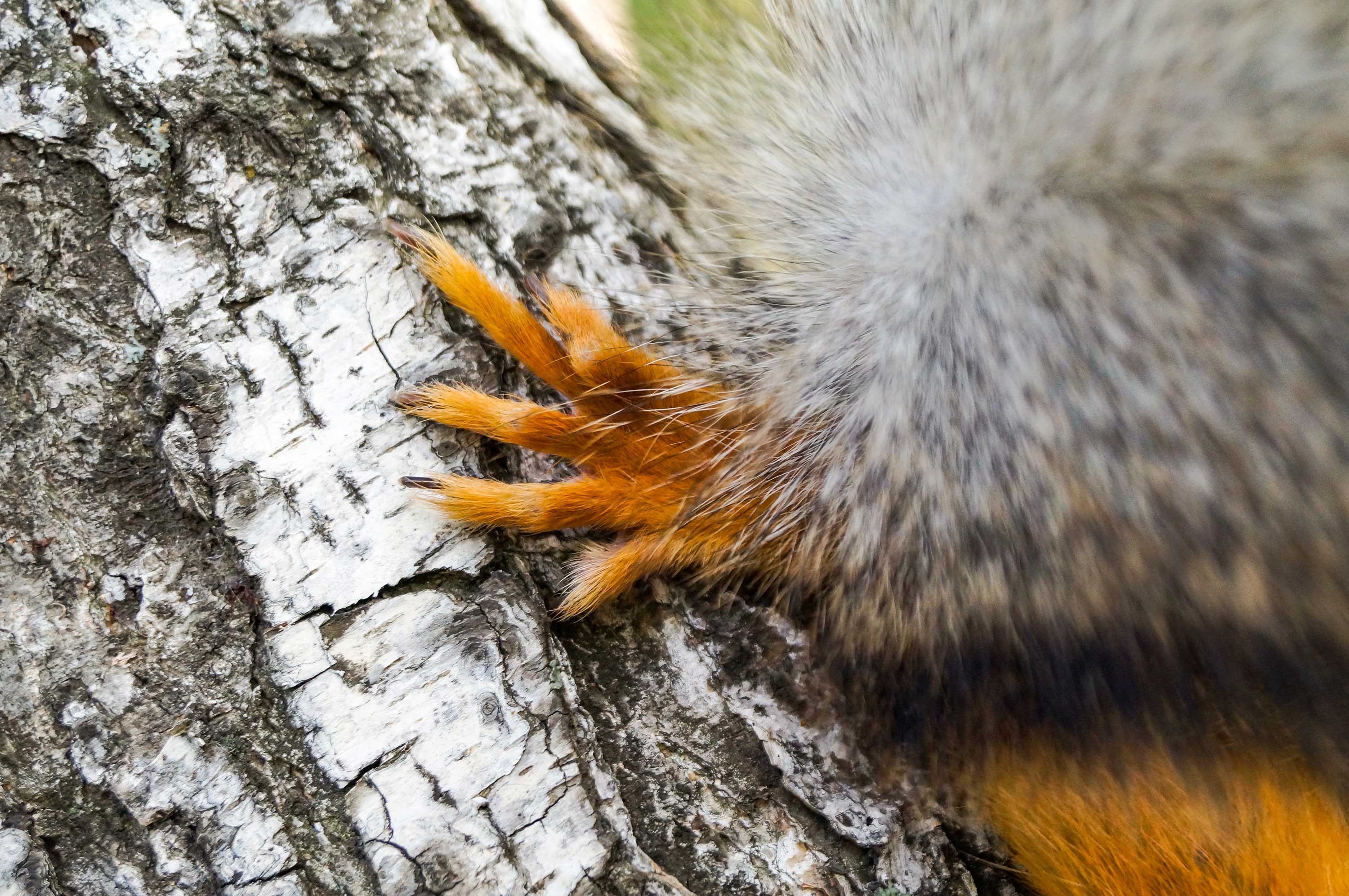 They have sweat glands on their feet and those feet — sweaty or not — can run up to 20 miles per hour.

But if you've watched the video of the squirrel scoring a touchdown, you already knew they're fast. 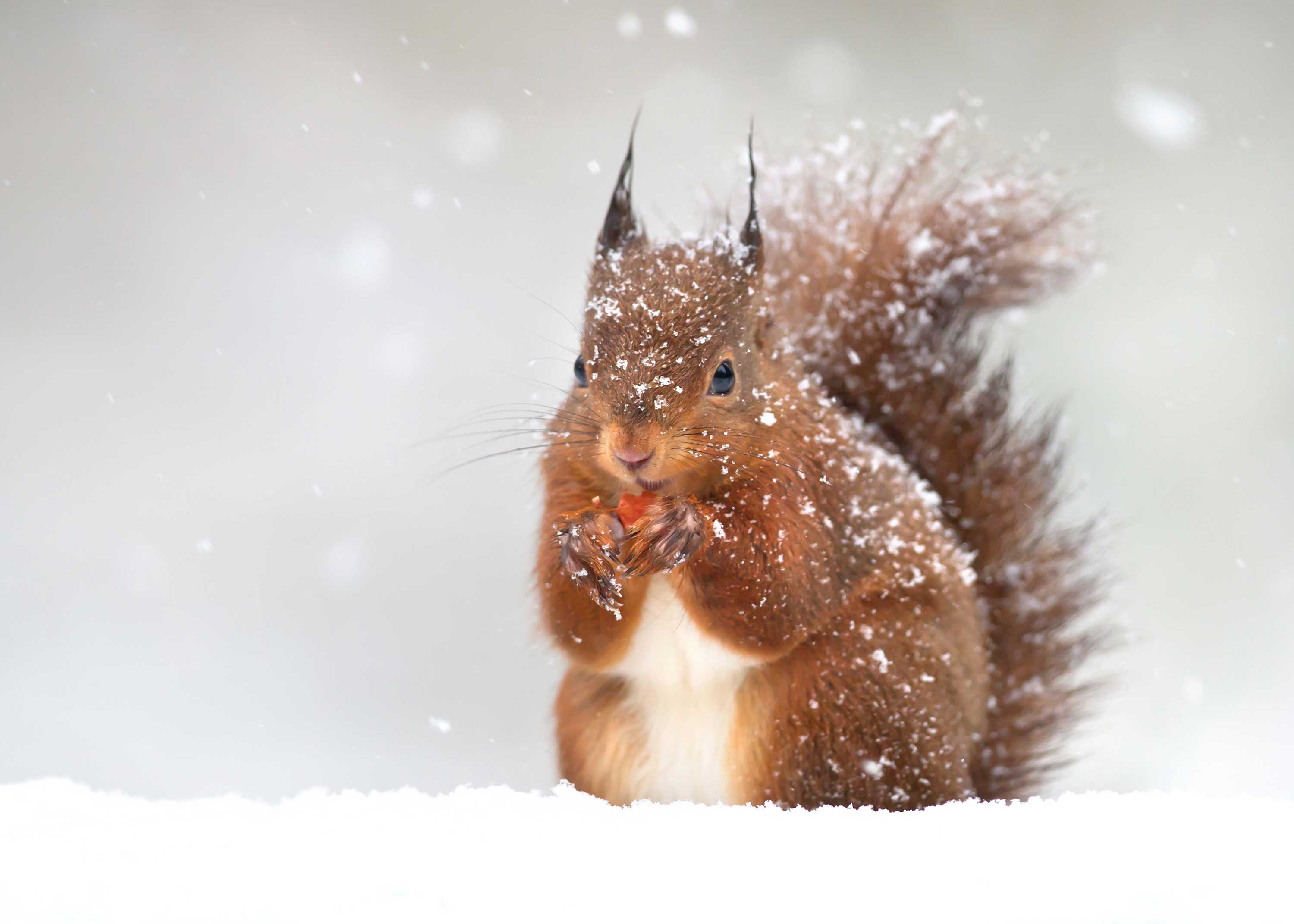 A keen sense of smell means squirrels can sniff out their buried treasure even when it's buried under snow. 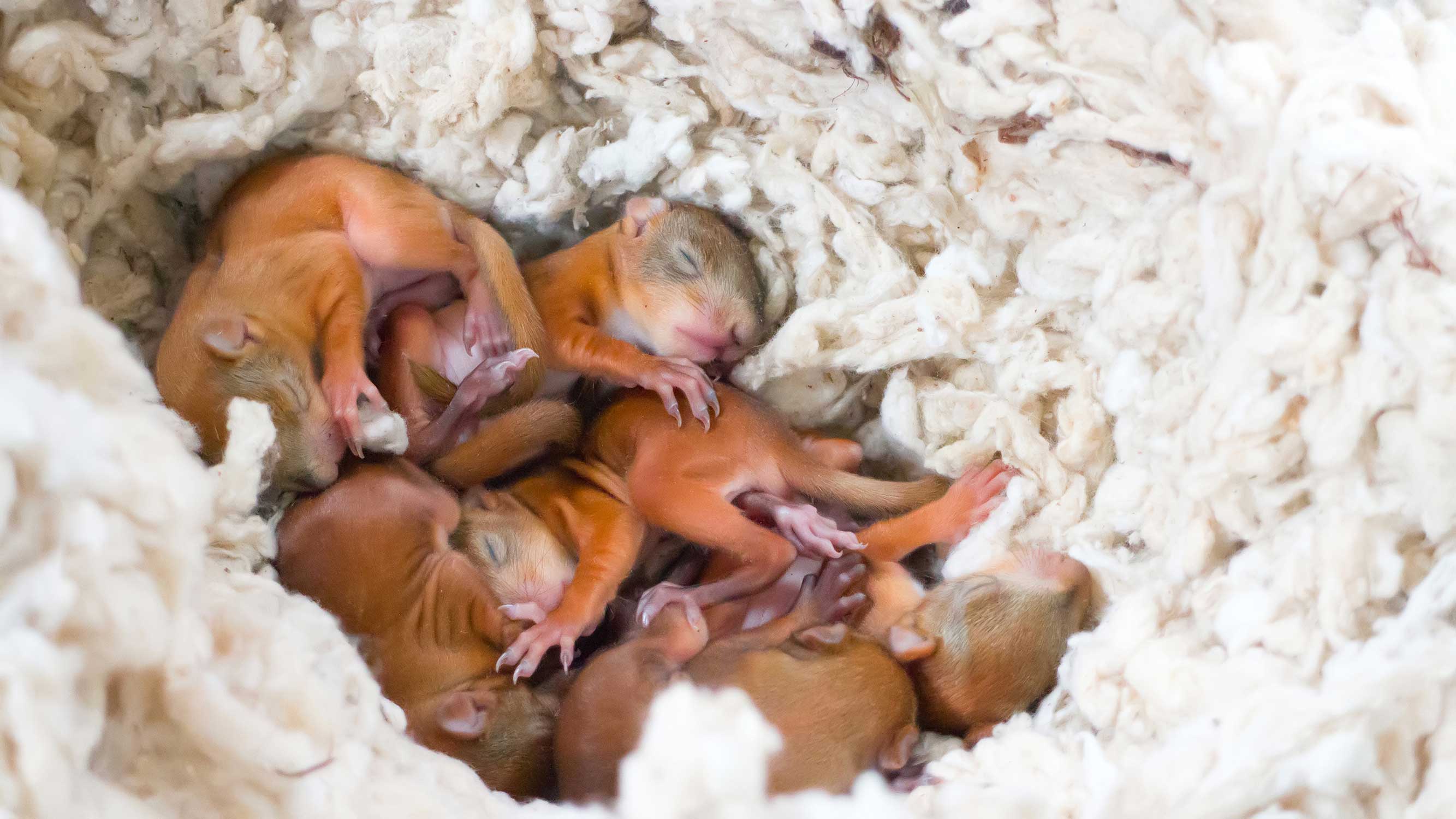 Babies are a rare sight

Odds are, you've never seen a baby squirrel in the wild. They're born without fur, their eyes and ears are closed and they only weigh one or two ounces. Because of this, they're extremely vulnerable to predators and will spend up to ten weeks in the nest with their mother.

The litters are usually born in the early spring and late summer. 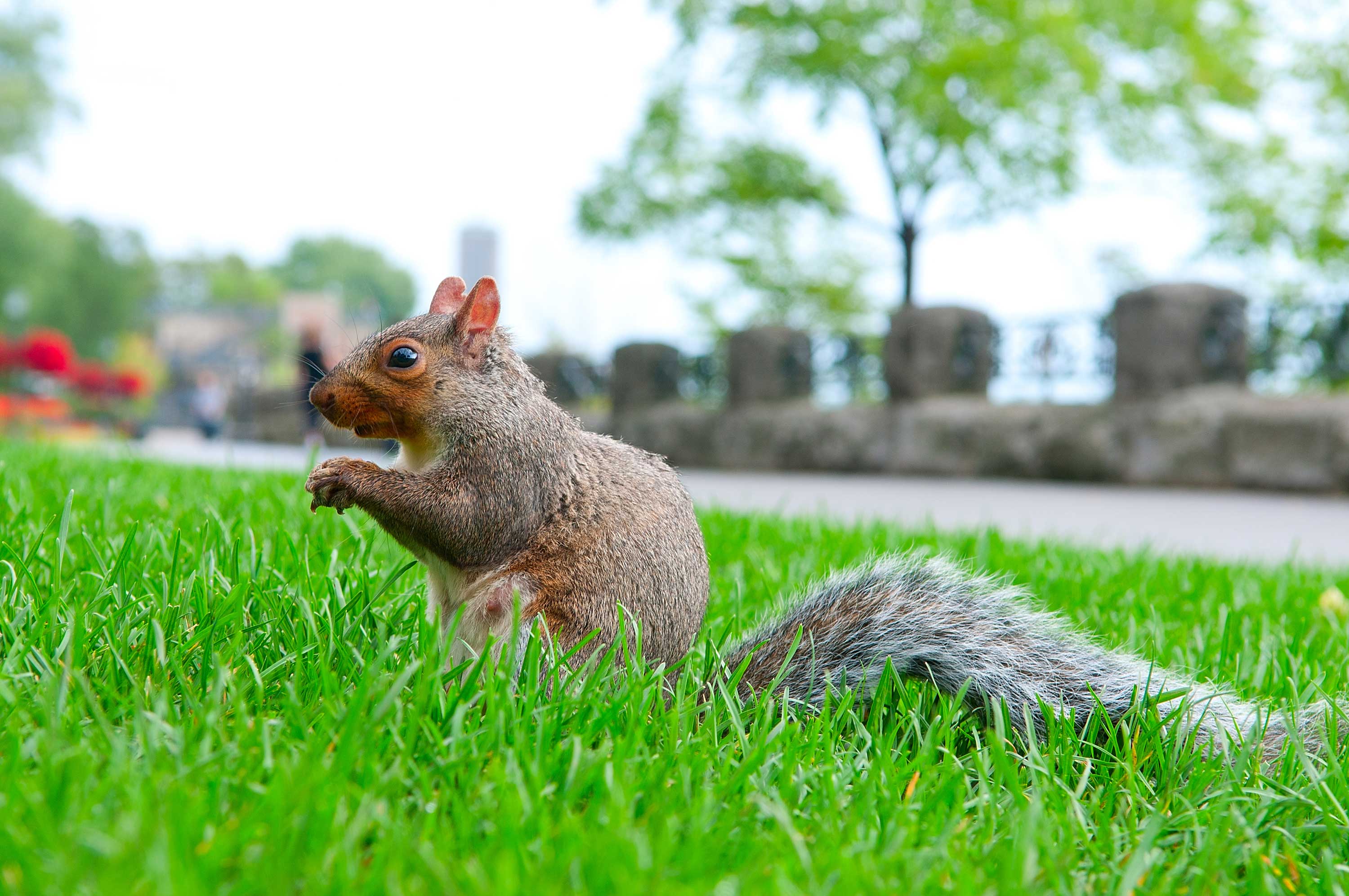 How did squirrels become so common in urban environments? You can thank humans, who transported the tiny critters in the late 19th century in an attempt to bring some natural charm into what was quickly becoming a concrete jungle. Their ability to reproduce in large numbers — they breed twice a year and can have one to seven babies in each litter — meant their population soon swelled in cities.

But that's not necessarily a good thing. ... 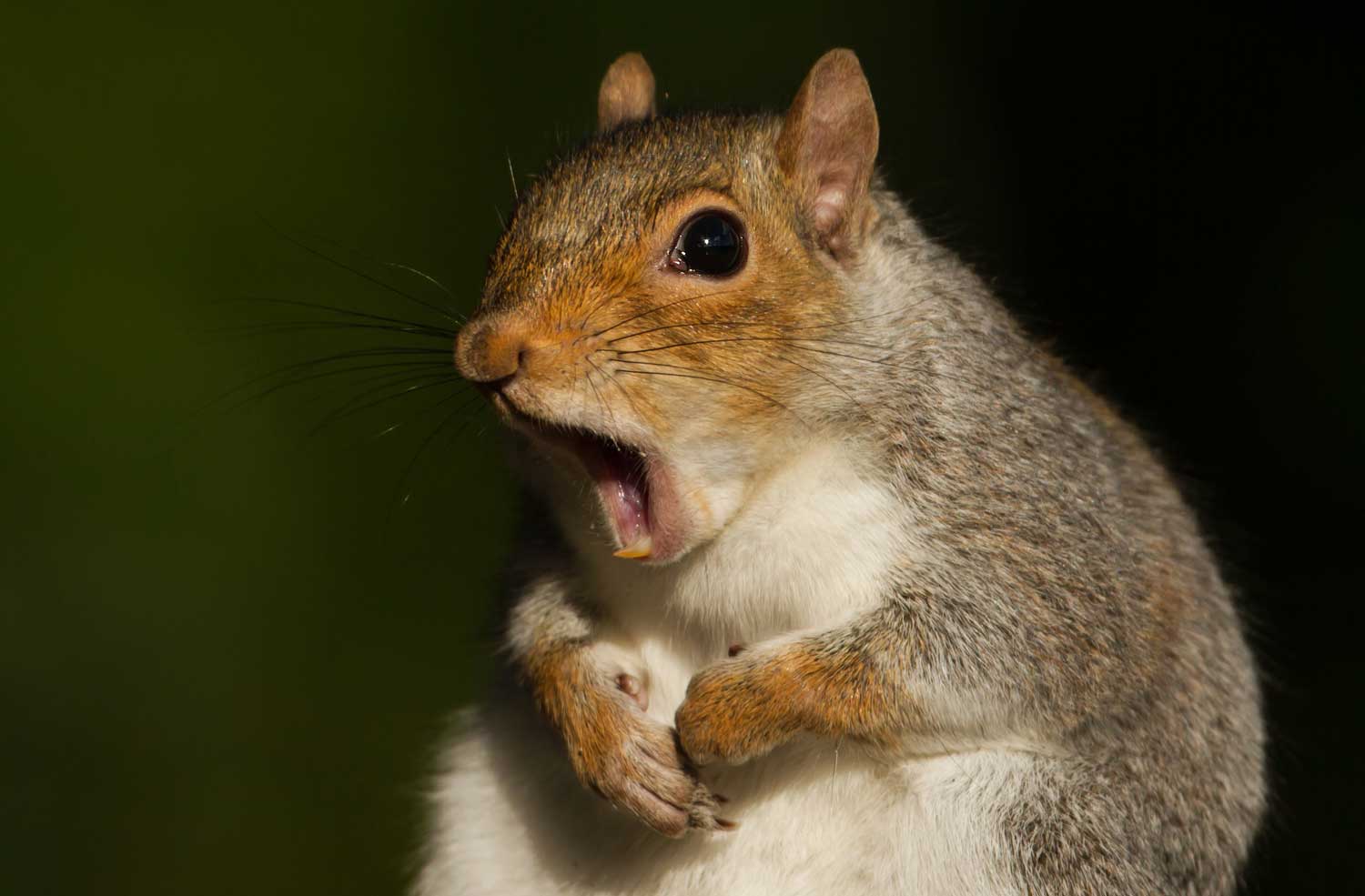 When frightened, they will quickly dart back and forth to try to confuse and escape predators. That works great when the predator is a hawk.

However, it's a dangerous tactic when vehicles are involved, which is why many squirrels living in a city environment have a lifespan of about a year.