Think you know everything about birds? Think again

It makes sense that so many humans would feel such an affinity for birds, because the avian world is so vast. And with more than 10,000 described bird species in the world, some of them are bound to be a little, well, unusual. But sometimes it’s the unusual that we find so endearing.

So from the weirdly wild to the wackily wonderful, here are 10 fun facts about some of our beloved feathered friends. 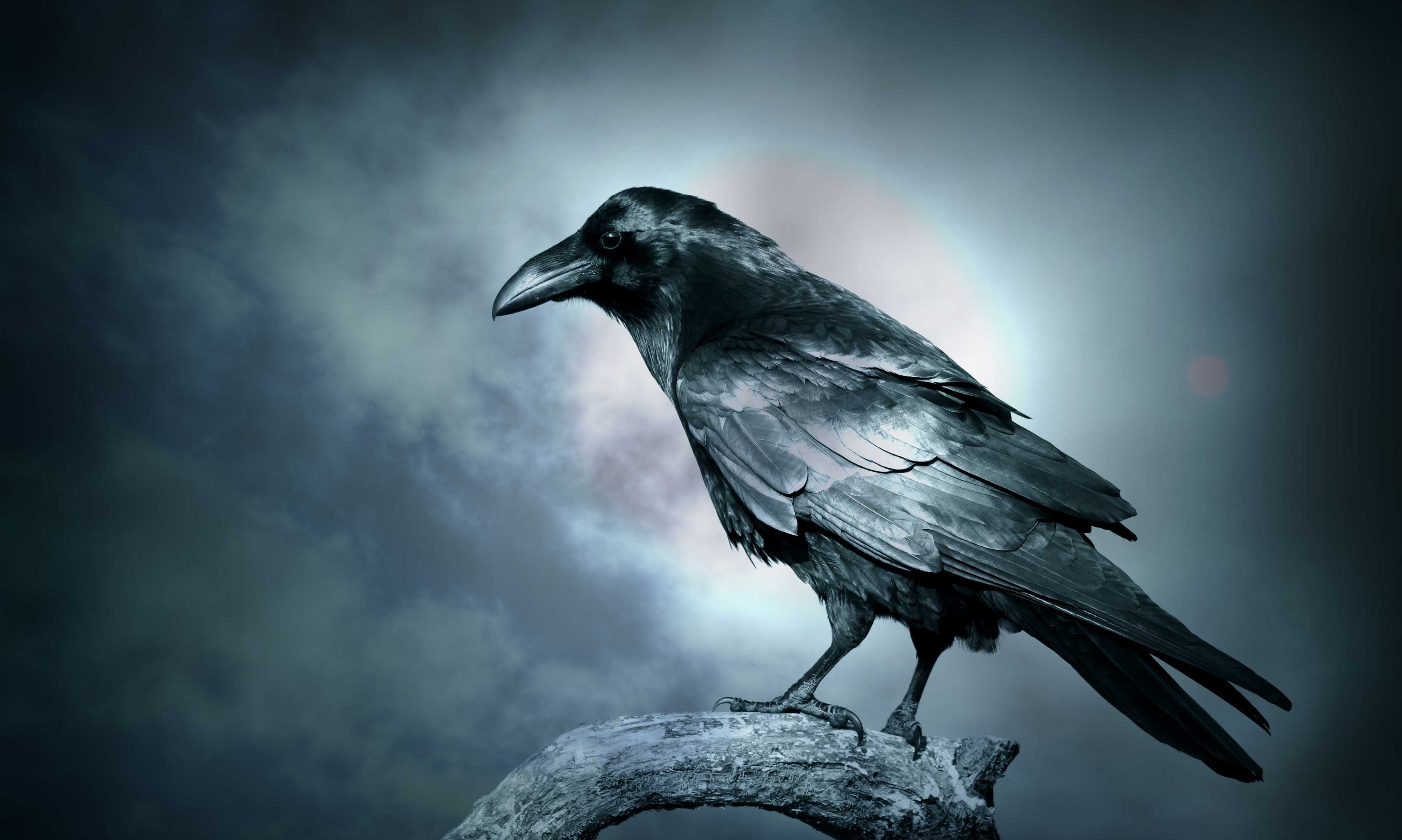 Mourning is not well understood in the animal kingdom, but growing evidence suggests that some animals grieve in ways similar to humans. Elephants are the most well-known example, but crows also recognize death, holding funerals for their dead.

A crow funeral is much like a human funeral. The birds will gather around a fallen crow and call to each other and pay close attention to their fallen peer, National Geographic reports. Why they do it, though, is not quite the same as human funerals.

While humans gather to mourn and remember lost loved ones, crows appear to do it to evaluate whether there is a threat to them, National Geographic reports. They aren’t mourning so much as investigating whether their fellow crow died from something that could also pose a danger to other crows. Crows aren’t alone in this behavior. It’s common among corvids, a group of highly intelligent birds that in addition to crows also includes ravens, magpies and jays, according to National Geographic.

Hummingbirds can fly backward and hover in place 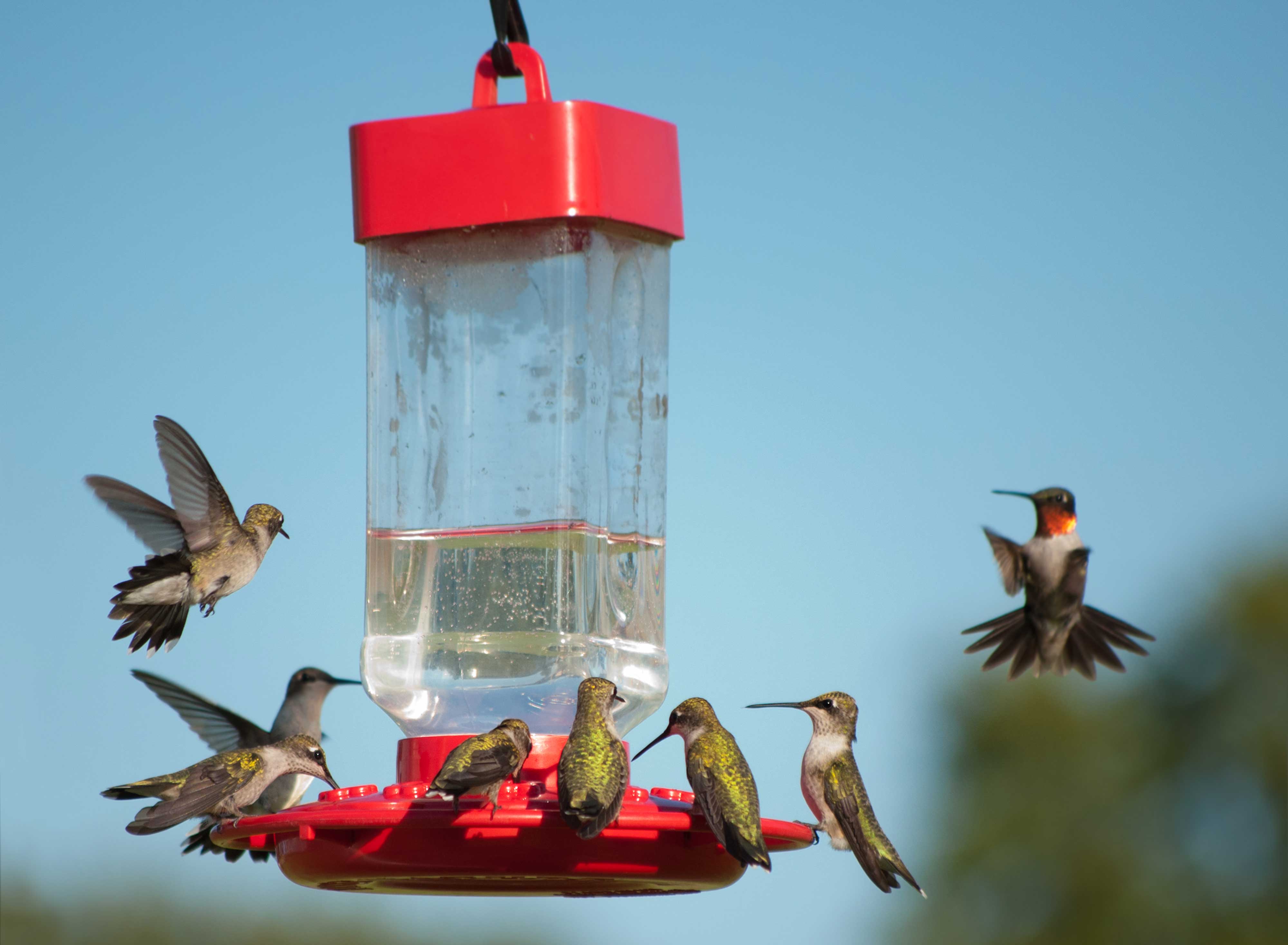 Teeny, tiny hummingbirds are a sight to behold, and their flight skills are nothing short of spectacular. They can, of course, fly forward and up and down, but they can also fly backward and even hover in place, the only bird with this capability, according to the National Audubon Society.

Some birds cover themselves in ants 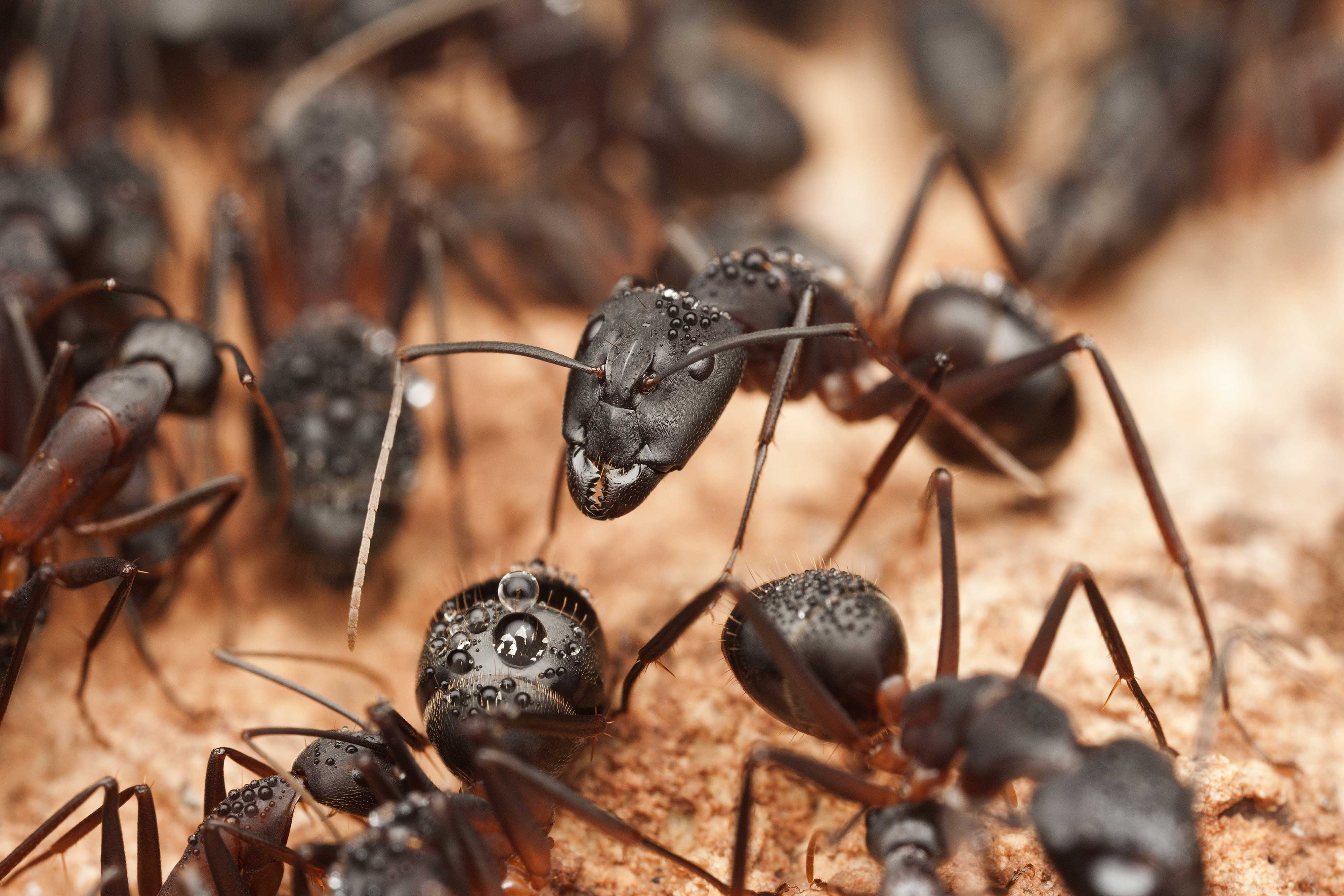 Many birds, particularly songbirds, are known to engage in a behavior called “anting,” in which the birds pick up ants in their bills and then wipe or rub them on their feathers, often repeating the process with many ants at a time. This seemingly unusual behavior has been observed in more than 200 bird species, including cardinals, robins, crows, great horned owls and wild turkeys, according to BirdWatching.

Why birds engage in this behavior isn’t exactly understood, although researchers believe it may have to do with maintaining their feathers. It also may help control parasites and other organisms on their feathers, because the species of ants used for anting typically have high concentrations of formic acid, which can help kill mites and parasites, BirdWatching reports.

Anting is most common in late summer and early fall, when many birds are molting, so scientists believe it may have to do with soothing their irritated skin when their feathers are quickly being replaced, BirdWatching reports. And while ants are the most common choice for anting, other insects have been used as well, including beetles and millipedes.

Owls swallow some of their food whole 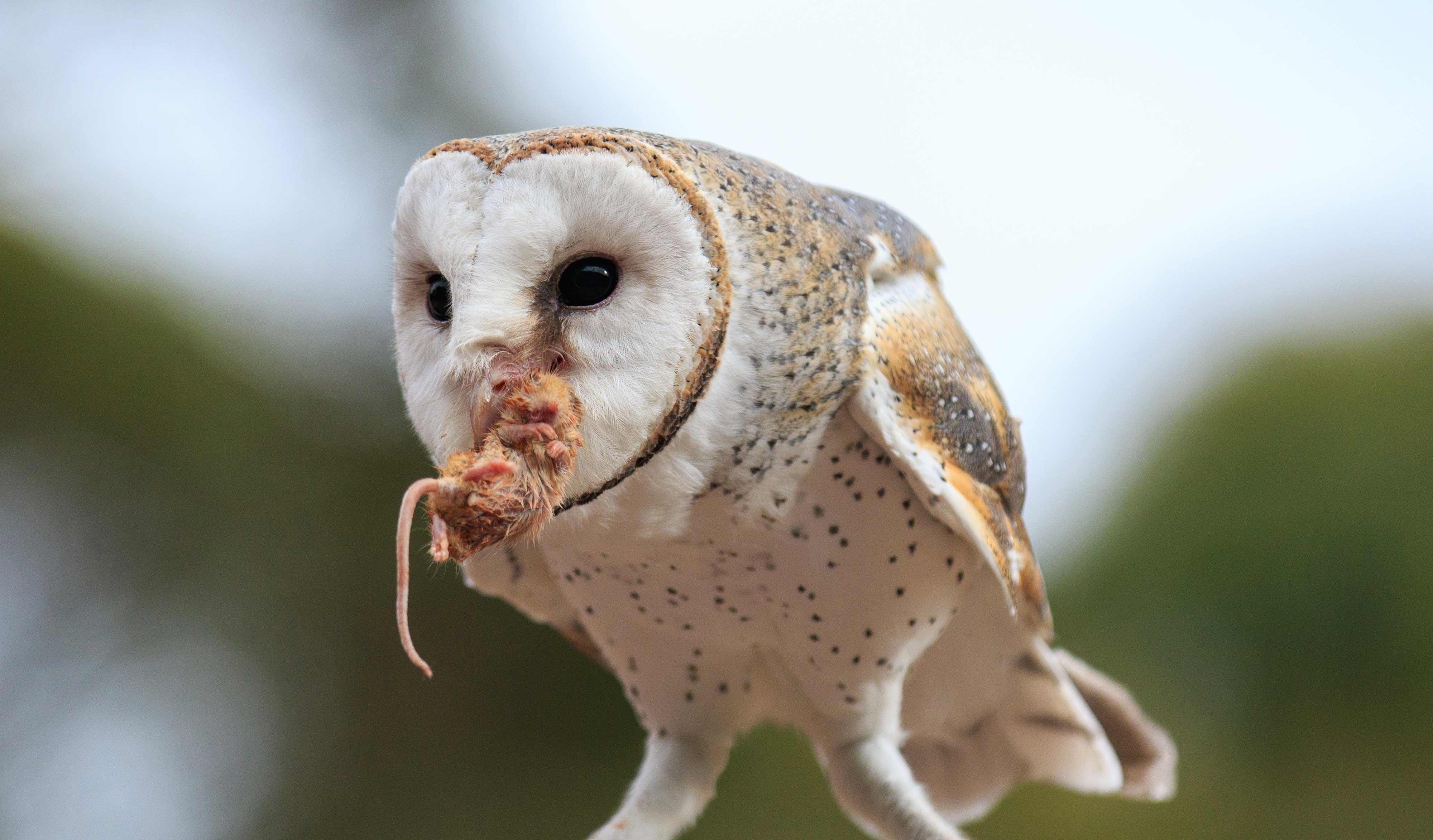 Birds don’t have teeth, so they rely on other means of eating and digesting their food. In the case of owls, they swallow small prey like mice and voles whole, letting their digestive system do the work of separating the digestible and non-digestible parts. The bits they can’t digest, like feathers and bones, collect in their gizzard, a muscular part of a birds’ stomach that collects and compacts the gritty, undigestible bits of their meals, according to the Cornell Lab of Ornithology.

And how do all those undigestible bits come out? The same way they went in. The owl’s gizzards will contract all those bits to squeeze out most of the liquid, then the owl regurgitates the pellet, the Cornell Lab reports. Regurgitating pellets isn’t unique to owls, though. Many other birds do it as well, including other birds of prey, egrets, herons and kingfishers. When an owl’s catch is too big to swallow whole, they simply rip it into pieces, swallowing the more manageably sized chunks. 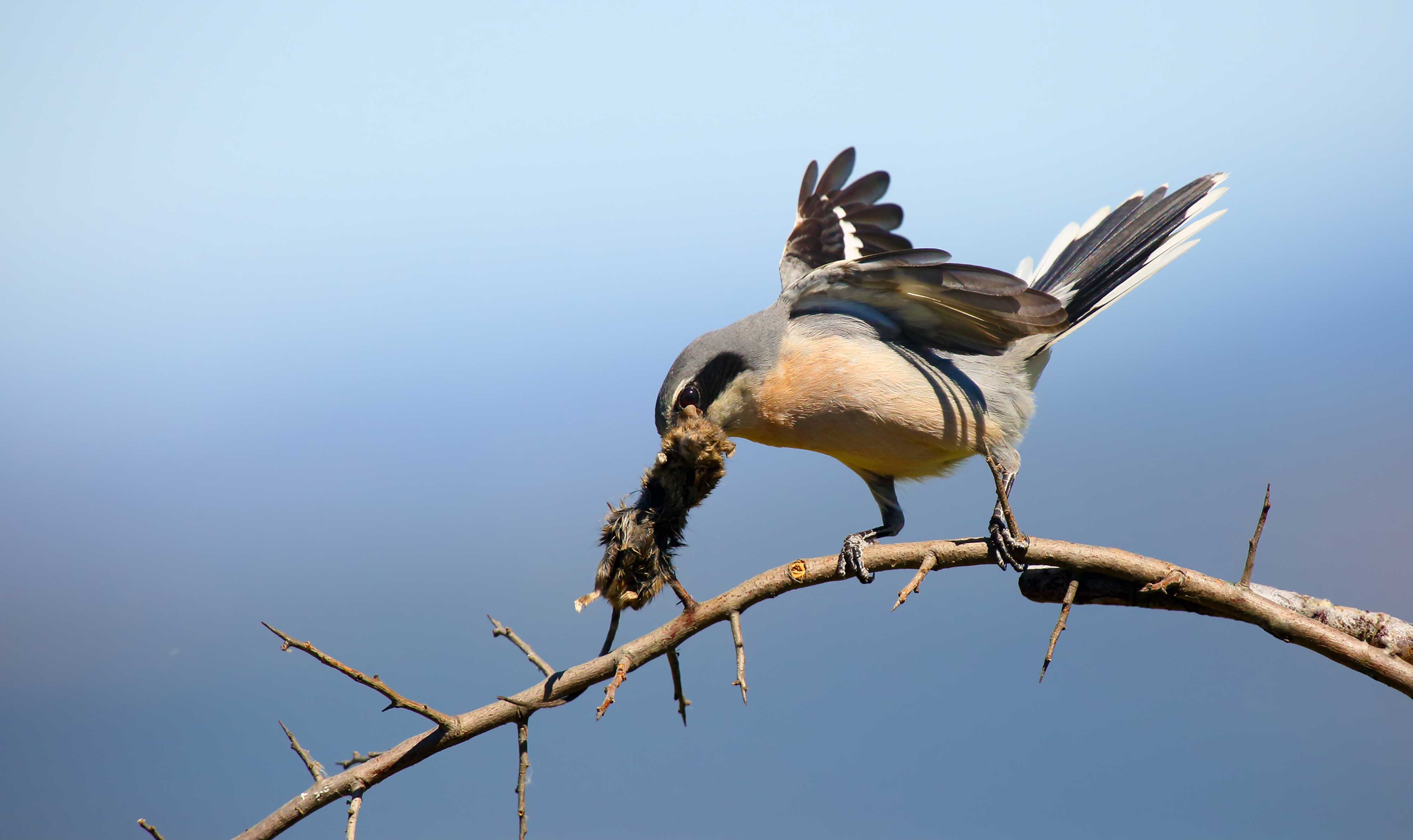 Life in the animal kingdom isn’t always cute or dainty, and that’s certainly the case with northern shrikes. These birds are unusual among songbirds in that they often eat small birds and mammals along with insects. They don’t always eat their catch right away, though. Sometimes they store it for later, which they do in an unusual way.

Shrikes are ambush hunters, catching their prey with their feet and then diving to the ground with it to finish killing the animal, according to the Cornell Lab of Ornithology. When they aren’t prepared to eat their catch, they look for a sharp object — barbed wire, a sharp stick or branch or something similar — and impale it so they can keep it safe for a future meal. For this unusual behavior, they have earned the nickname “butcher birds.”

Northern shrikes, mostly light gray and white with black markings on their wings and around their eyes, are a winter bird in northern Illinois, spending summers on their breeding grounds along the northern edges of Canada’s boreal forests, according to the Cornell Lab of Ornithology. On sunny winter days, look for them perched atop utility lines or at the top of bushes and trees. They stick to the same territory all winter long, so if you see one nearby you may see it occasionally throughout the season. 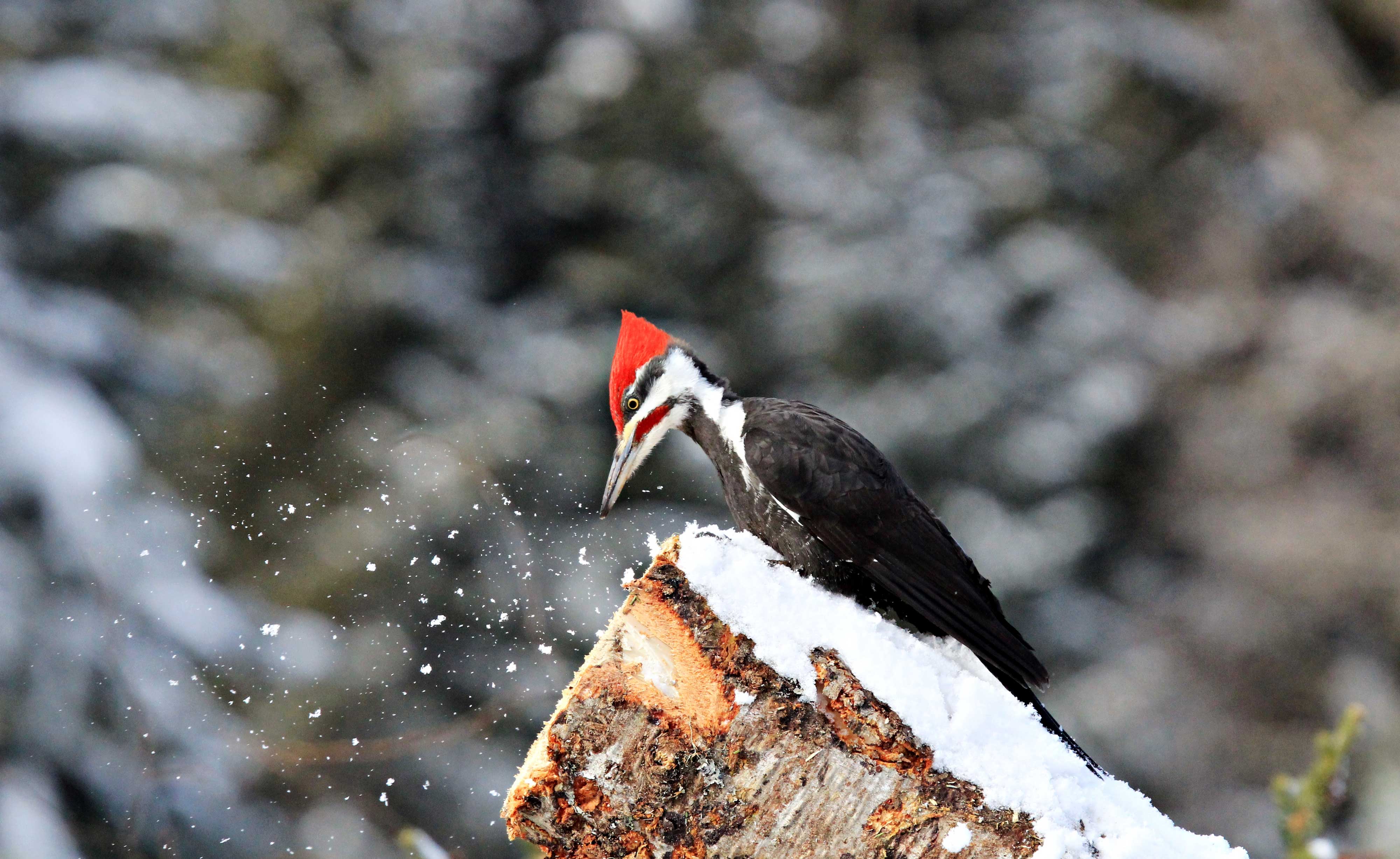 Woodchucks don’t chuck wood, but woodpeckers definitely do peck wood. And they peck it for many reasons. Sometimes they are looking for an insect meal, while other times they are trying to create a

cavity for a nest or roosting spot. In the spring, woodpeckers can be downright annoying when they drum away at wood and other surfaces while trying to attract a mate, according to Mass Audubon.

All that pecking really adds up — to as much as 8,000 pecks per day, according to Birds & Blooms. And it’s not just the quantity of pecks but the speed with which they can do it that is impressive. Downy woodpeckers can peck as fast as 16 times a second. Is there anything you can do 16 times in a single second? 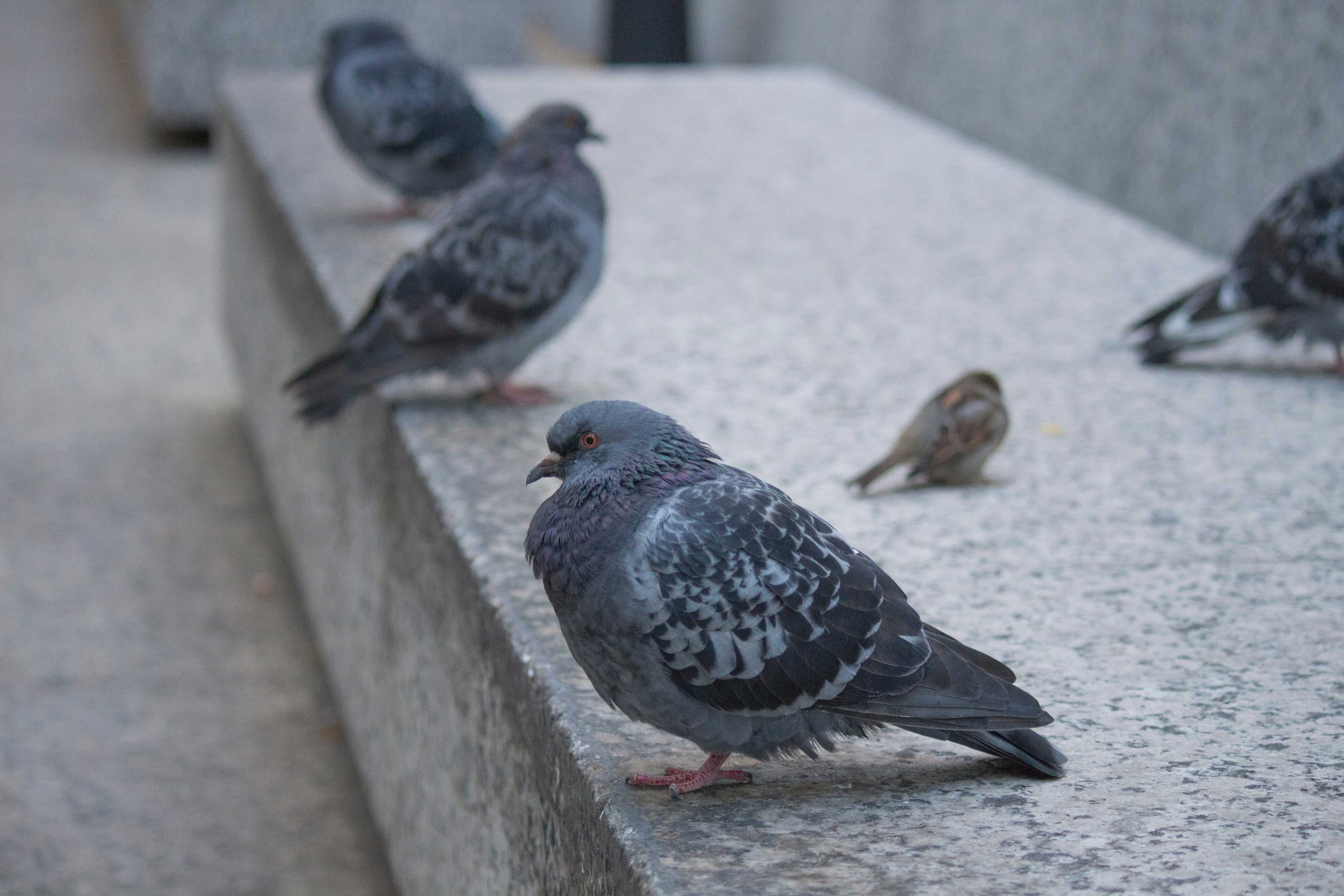 Not good with faces? Pigeons are, and it’s faces in particular that they recognize. Even with a change of clothes, pigeons are able to recognize particular faces, Live Science reports. And they seem to use this ability to stay away from people who aren’t especially friendly.

Scientists tested the theory by having two researchers of similar build and skin color but wearing different colored lab coats feed pigeons, Live Science reports. One ignored the birds after providing the food, while the other chased the birds away. Then they repeated the feeding session again, but with neither person acting hostile toward the pigeons. On the second and subsequent sessions, the pigeons diligently avoided the researcher who chased them away in the first session. Even when the two researchers switched lab coats the pigeons avoided the originally hostile researcher.

Crows, too, are also said to be able to recognize people and even remember which humans are good and which are bad. Some crows have even been known to leave “gifts” for humans who feed them. 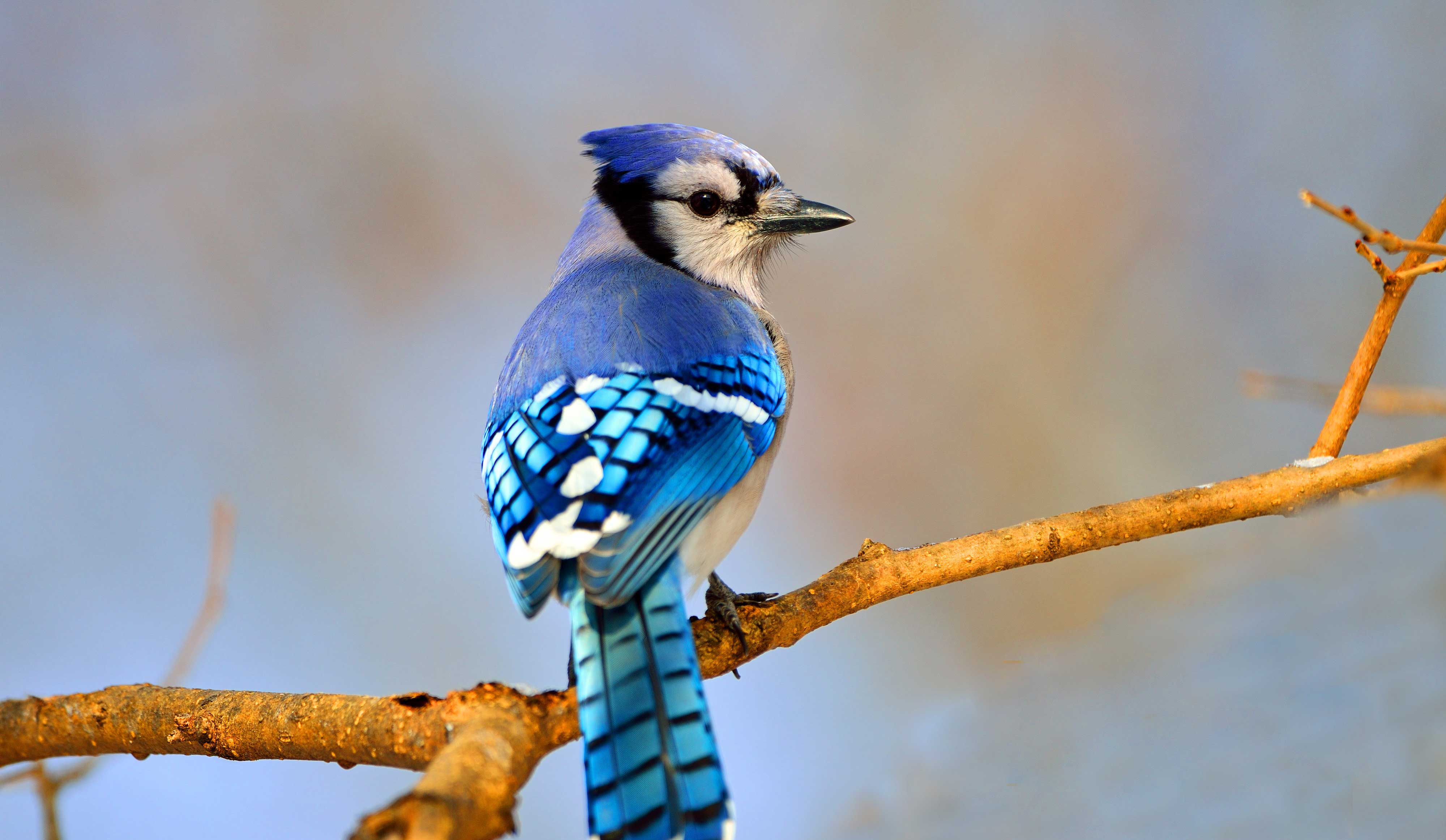 If you find patches of paint missing from your house, you might just have blue jays to blame. As unusual as it may sound, the jays sometimes hoard chips of paint, usually light-colored paint, to use as a source of calcium in the spring, according to Nature Canada. Why do they need calcium? To lay eggs. Many paints contain limestone, which is a good source of calcium.

Hoarding paint chips seems to be most common in the northeastern United States, and researchers believe it’s because acid rain is common there. The acid in the rain depletes calcium content in the soil, causing blue jays to seek another source, according to Project FeederWatch.

Some birds can sleep while flying

How do they do this? Well, birds don’t sleep quite as deeply as humans do. They usually sleep for just brief spells until being startled awake by predators, other nearby birds or weather conditions, the Cornell Lab of Ornithology reports. Some birds are also capable of what is called unihemispheric slow-wave sleep, or USWS. This allows birds to quickly jump into action if they are threatened but also rest if conditions are safe. So effective is this form of sleep that it allows the birds to sleep with one eye open or even while flying.

The ability to sleep in flight is particularly useful for birds during long migratory flights. One long-distant migrant, the alpine swift, can even fly for 200 straight days because of its ability to catch some shut eye while flying, the Cornell Lab reports. 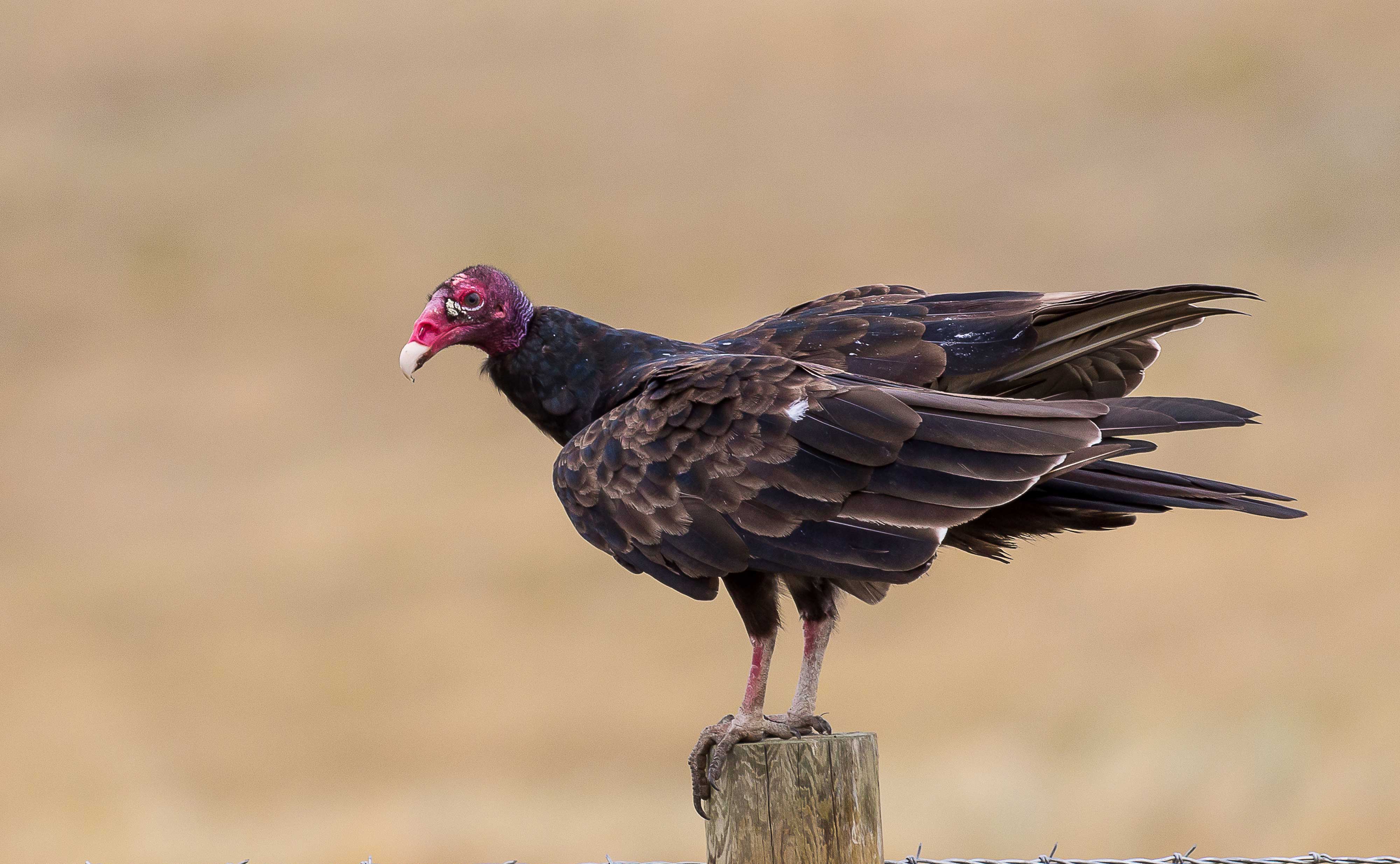 Turkey vultures eat dead animals almost exclusively, but it’s far from their only disgusting — at least to humans — behavior. They have a pretty effective defense mechanism too. How do they keep potential threats at bay? They vomit on whatever happens to be threatening or harassing them, according to the Washington NatureMapping Program. They can really hurl too — launching their vomit as far as 10 feet. And as you might expect, puking on potential predators is pretty effective at keeping them at bay. Turkey vultures are the most well-known animal pukers, but some gulls, terns and herons have also been known to engage in the act.

You’ve probably already been convinced that turkey vultures are just about the grossest birds out there, but there’s one more thing that might make your stomach turn. They also poop on their feet to cool off, according to the Cornell Lab of Ornithology. When they defecate on their legs, it moisturizes the skin, and that moisture can evaporate like sweat does, which cools them.

(All images via Shutterstock)