Animals are just like us? Yes and no. Humans are animals, after all, and all of us — from humans on down — have the same basic needs: food, water, oxygen and shelter.

Animals eat, sleep and drink just like we do, but at the same time, animals are nothing like humans at all. They aren’t as highly evolved as humans, and they lack self-awareness, which is considered to be one of the defining characteristics separating humans and animals.

As we learn more about animals, we learn more about what make us different and what we have in common. So let’s take a closer look at some human behaviors that we share with some species in the animal kingdom. But remember, it’s important to acknowledge that animals are not human. However, they deserve to be respected both for their similarities and differences to us. 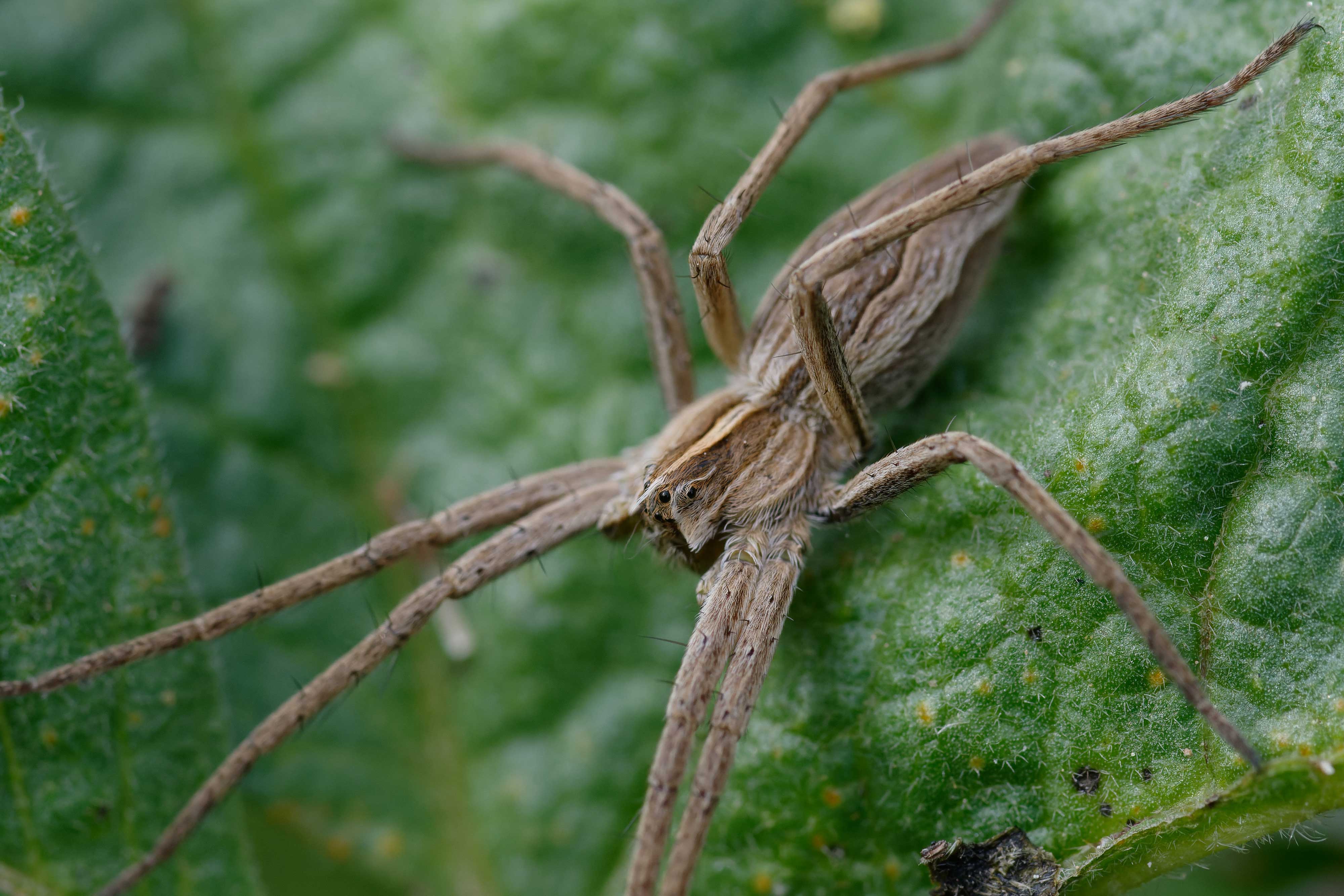 Animals might not celebrate birthdays and other gift-giving occasions, but some animals are known to give gifts. In the animal kingdom, most gifts are nuptial gifts, given during courtship or mating as a strategy to increase the likelihood of reproduction, Discover magazine reports. Primates are the most well-known gift givers, but some insect, arachnid and bird species also engage in gift giving.

In the animal kingdom, gifts are quite a departure from what most people are used to. For example, male great gray shrikes, a bird that lives mainly in Europe, Asia and Africa, impale their prey on a thorn or other sharp object for females to find, Discover reports. The females then select their mates based on what they have to choose from, with larger prey viewed more favorably than smaller catches.

In the insect world, males often provide females with genetic material contained in a spermatophore as part of the reproductive process, but some insects also present spermatophores as nuptial gifts, Entomology Today reports. Wrapping isn’t unheard of in the animal kingdom either. Male nursery web spiders will wrap up an insect in silk and present it to females in an attempt to woo them to mate.

Probably the most well-known example of animals leaving gifts for people is cats leaving prey for their owners, but this, it turns out, isn’t actually an example of gift giving, National Geographic reports. Cats certainly do sometimes leave their prey in the most inopportune of spots for their owners to find, but it’s more a case of them abandoning it than anything. Why? Because the smell of readily available cat food is more appealing and easy to eat.

They lie out in the sun 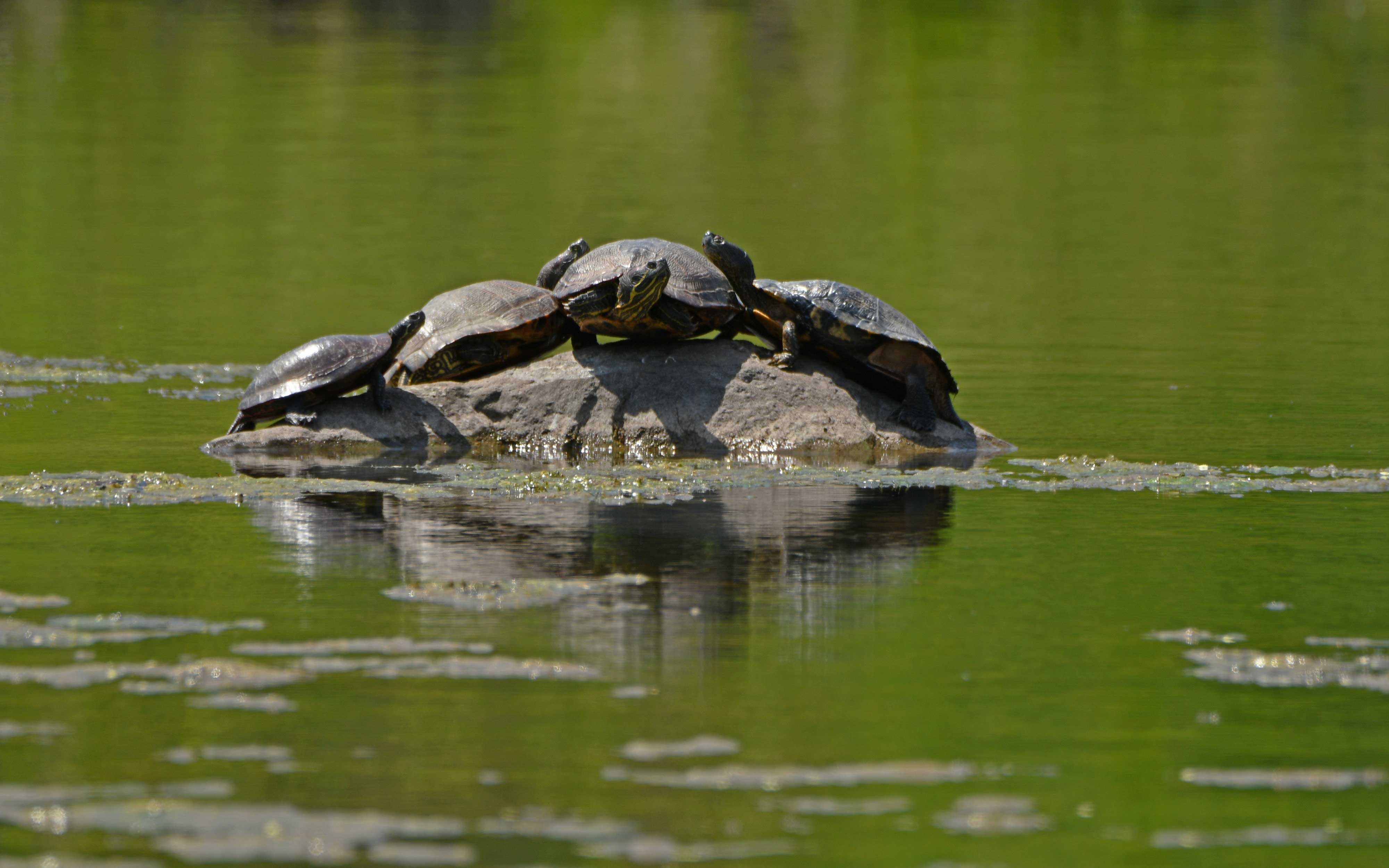 Sunbathing is actually fairly common in the animal kingdom, although they aren’t doing it to get a good tan. Different animals lie in the sun for different reasons. Reptiles like snakes and turtles are often seen basking in the sun, and it’s an important part of their biology. Reptiles are cold-blooded, or ectotherms, which means they don’t make their own body heat like we do, according to the Ecological Society of America. For reptiles, basking is a way to warm up.

Many birds sunbathe too, spreading their wings out wide to let them soak up the sun. Different birds sunbathe for different reasons. Turkey vultures, for example, often soak up the sun to warm up on a cold morning, the National Audubon Society reports. Sunning can also help birds get rid of parasites on their feathers and skin.

And some of our pets are well-known for their penchant for the sun. Many cats and more than a few dogs love a nice sunny day when they can follow the sun across the floor to bask in it. They aren’t alone among mammals. Mammals from hippos to sea lions enjoys a little time lying in the sun. 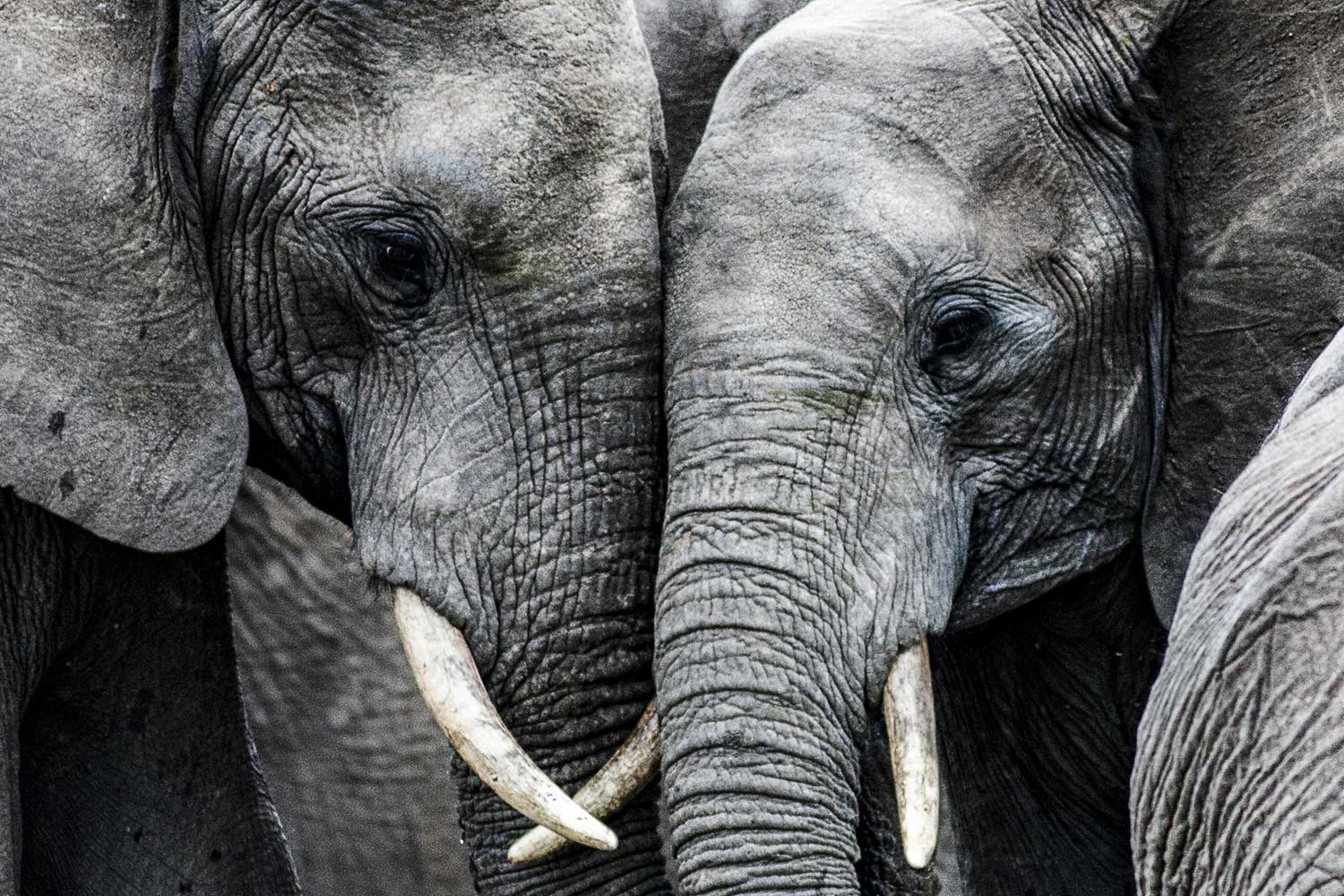 The idea that animals grieve deaths like humans do has been greeted with skepticism by scientists, but growing evidence suggests that some animals do grieve much like we do, the National Wildlife Federation reports. Grief in the animal kingdom is a complex topic because we can’t exactly ask animals why they act out of character when an animal they are close to dies — be it their offspring or part of their den, herd, etc. — and because the understanding of mortality is thought to be a uniquely human characteristic.

Despite this skepticism, more and more research suggests some animals experience grief, although it requires that scientists interpret particular behaviors as grief. Elephants are one of the most well-known examples of animals that grieve. Elephants will react to the remains of a dead elephant, but they never have any reaction to the remains of other animals, PBS reports. They also sometimes “bury” their dead, covering them with soil and plant matter.

Female orcas and whales have been known to carry their dead calves with them for a time after they die in what is assumed to be an act of mourning. In one case, a mother orca carried her calf, which died shortly after birth, with her for weeks after its death, with other members of the pod taking turns carrying the body, Time reports.

These animals aren’t alone in reacting in grief. Primates like chimpanzees, birds such as crows and magpies and a type of wild pig called a peccary are also known to exhibit mourning behaviors, Smithsonian reports.

They can become inebriated 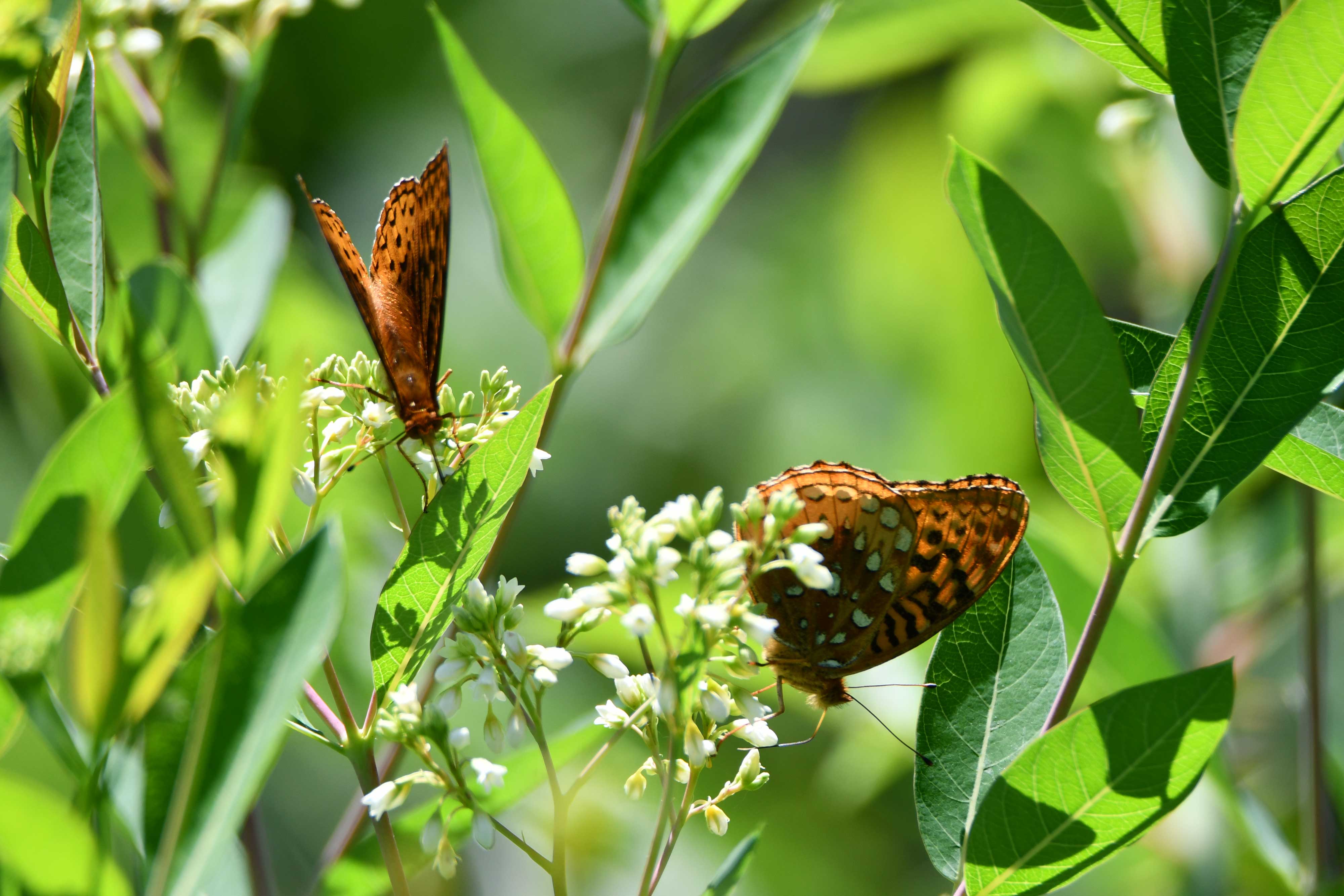 It turns out humans have not cornered the market on becoming intoxicated from having one too many alcoholic beverages. Plenty of animals, including birds and mammals like squirrels and deer, have gotten a little inebriated from consuming fermented fruit, National Geographic reports.

Consuming alcohol isn’t always accidental in the animal kingdom. Butterflies are known to be attracted to and to actually drink beer. This is most likely because it increases their spermatophores, which they give to females as part of the reproductive process, according to National Geographic. Moths and other insects can also be attracted to traps using beer or wine.

While animals can become drunk after consuming alcohol — either from fermented fruit or from beer, wine or other alcoholic drinks they happen to come across — some animals seem to have a high tolerance. Fruit bats, for example, eat a lot of fermented fruit and nectar without any ill effect, National Geographic reports. Similarly, the pen-tailed tree shrew, which lives in Malaysia, regularly drinks nectar from the betram palm, which has one of the highest known alcohol levels in a natural food source, at 3.8%, but the shrews are seemingly unaffected. 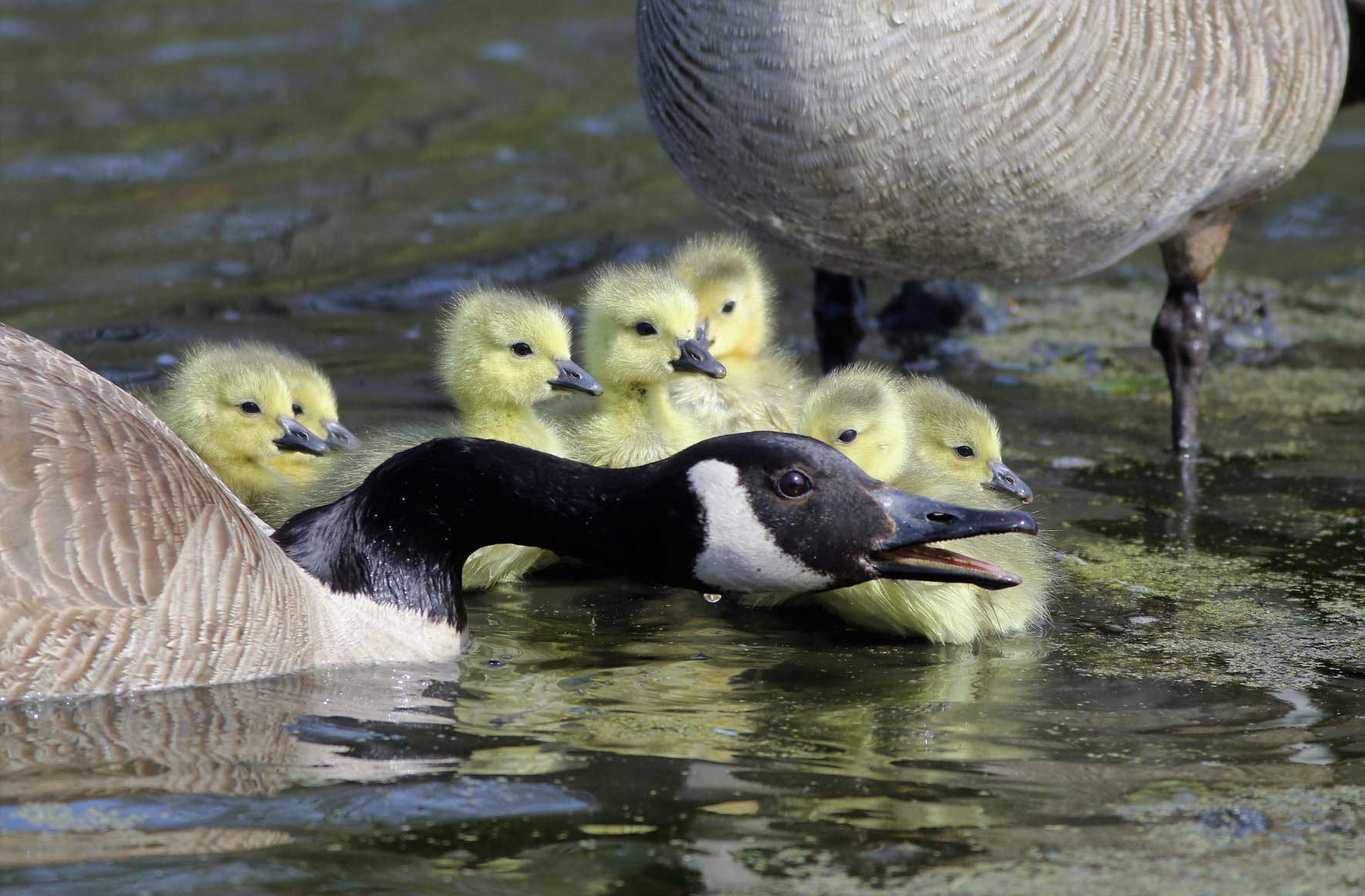 Anyone who’s ever watched a documentary on animals in the wild has no doubt seen examples of the fiercely protective nature of some animals, which is a trait humans often celebrate in themselves. Being protective of your children, in particular, is something parents take pride in, and that fierce protectiveness is often on display in the animal kingdom, too.

Among animals, it’s mothers that are most often known for being protective of their offspring, because moms do most of the child rearing in nature. Sometimes this protective nature can be amusing to us humans, such was the case in 2013 when Mei Xiang, one of the pandas that lives at the Smithsonian National Zoo, tried to prevent zookeepers from examining her newborn cub, National Geographic reports.

On occasion, protective parents will take drastic measures to try to keep humans away from their babies. Canada geese, for example, can be pretty feisty in spring, both when males are protecting their female nesting partner as she sits on the nest and later, after the goslings hatch, when both parents are ready to step in if anything or anyone gets too close to the babies. Geese will hiss, flap their wings and chase when trying to protect their nest and babies, so it’s best to give them their space.

Female whales are also extremely protective of their calves and will try to fight off predators looking for an easy meal, especially when it’s other whales doing the hunting, National Geographic reports. Octopi, too, are dedicated to protecting the next generation. Before the eggs hatch, mother octopi will stand guard over their offspring without ever taking a break to eat or leave the area.