What's the difference?: Butterfly vs. moth 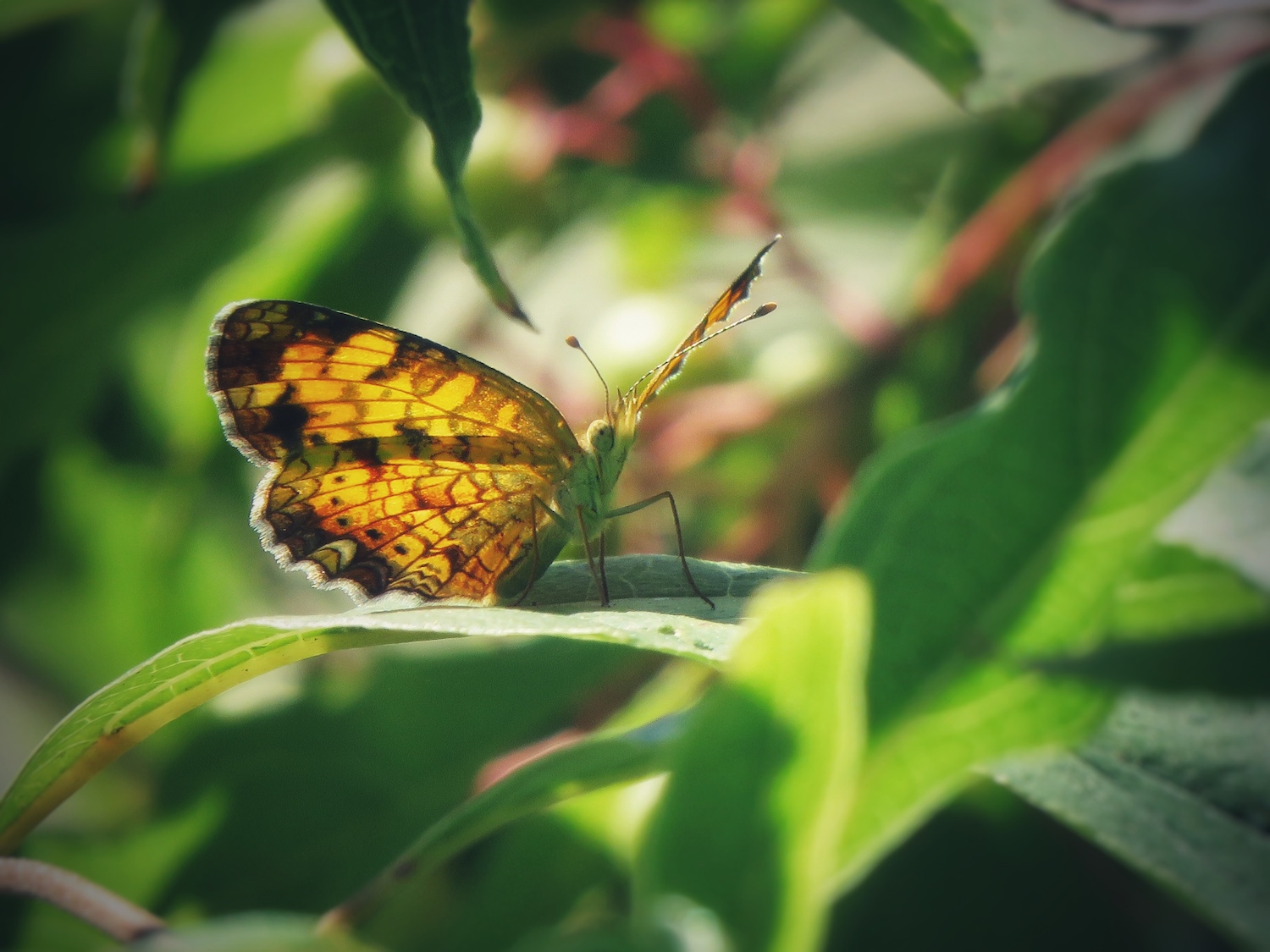 Is this a moth or a butterfly? Learn what to look for to tell the difference. (Photo by Suzy Lyttle)

When you see a colorful winged creature flutter by on a warm summer day, your first thought might be that it's a butterfly. And while you might be correct, there's a good chance that winged creature might also be a moth.

Some moths and butterflies are almost instantly identifiable. The beloved monarch butterfly is easily recognized by many (Or is it a viceroy?), while the luna moth is easy to ID from its green wings and moon-like spots.

Take the rosy maple moth. Its technicolor appearance — with bright pink and yellow wings and a yellow body — might make you think it's a butterfly, using that general guideline. And the cabbage white butterfly isn't very eye-catching based on its coloring. It is almost entirely white or cream colored, with a few black spots on its wings.

While color can serve as a useful guide in determining whether it's a moth or a butterfly you are seeing, there are other characteristics to look for as well. Keep in mind, though, that there are exceptions to many of these guidelines.

One of the biggest clues is the time of day. Butterflies are mostly diurnal, or active during the day, while most moths are nocturnal, or active at night, according to the Library of Congress. However, it's not universally true that butterflies are diurnal and moths are nocturnal. Some moths, like buck moths and hummingbird moths, are active during that day. And some butterflies are crepuscular, which means they are mainly active at dusk and dawn.

Size, too, can be a determinant. Butterflies are generally larger than moths, according to the Library of Congress. But once again, there are exceptions. The cecropia moth is the largest moth in Illinois — and the United States — and it has a wingspan of as much as 6 inches, according to the Illinois Department of Natural Resources. That's about the same wingspan as the giant swallowtail butterfly, the largest butterfly in Illinois.

If you catch a glimpse of the insect at rest, take a look at the wings for a clue about whether it's a butterfly or a moth. At rest, a butterfly will hold its wings up vertically, above their backs, according to Mass Audubon. Moths, though, don't usually hold their wings up while not in flight. Instead, their wings either stick straight out from their bodies, like an airplane, or they hold them on their backs, covering their bodies.

Perhaps the most tell-tale distinguishing feature between moths and butterflies is also the one that's the most difficult to see without a really good look: their antennae. A butterfly's antennae are typically long, thin and straight, with club-like projections at the end, according to the Library of Congress. Moths, though, usually have feathery antennae, or they may look jagged like a saw blade.

In the end, your best bet for determining if the insect you saw was a moth or a butterfly is snapping a photo of it. If you get a photo, you can use an app like Seek by iNaturalist to determine the species and whether it's a moth or butterfly. Even if your photo isn't great, you can use an online field guide to determine what kind of insect you saw.

Of course, you could always just play the numbers game to decide if an insect is most likely a moth or a butterfly. Statistically, it's much more likely to be a moth, the Library of Congress reports. Both butterflies and moths belong to the order Lepidoptera, which includes more than 180,000 species worldwide. Of these, between 89% and 94% are moths, while just 6% to 11% are butterflies and skippers, which are similar to butterflies but with hook-shaped antennae.