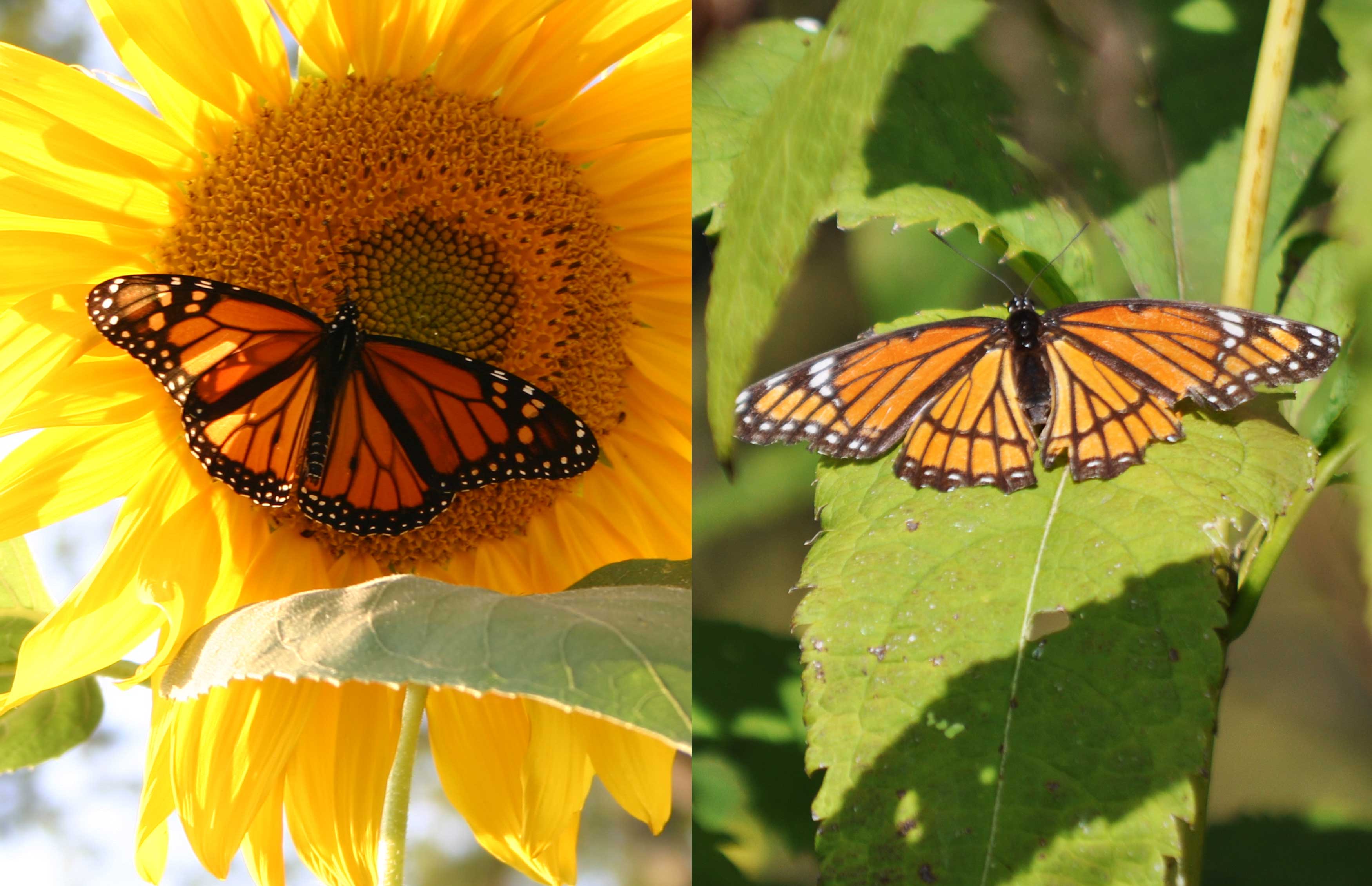 When an orange-and-black colored butterfly flutters by, many people assume it's a monarch. But monarchs have a strikingly similar look to viceroy butterflies, and the two aren't easy to differentiate at quick glance.

Both monarch and viceroy butterflies have brilliant orange and black wings with white spots within the black outlines, making them difficult to tell apart. The main difference in physical appearance between these two species is a black line that appears across the hind wings of viceroys but not monarchs, according to Journey North.

The similarity in appearance may seem like a simple coincidence, but it's actually a useful defense mechanism called Mullerian mimicry. This phenomenon is when two or more noxious species develop similar appearances that serve as a protective mechanism for both, according to Save Our Monarchs. Both types of butterflies taste bitter to some potential predators, so it is less likely either butterfly will be eaten by the predators of both species.

Another physical difference between these two species is their size. Viceroys are much smaller than monarchs, but this can be difficult to decipher unless you see the butterflies side by side. The wingspan of a viceroy typically ranges from 2 1/2 inches to nearly 3 1/2 inches, while a monarch's wingspan ranges from about 3 1/2 inches to almost 5 inches, according to Journey North.

Their size and very subtle difference in wing markings is not the only way to tell the difference between the two butterflies. Their flight patterns are quite different from one another. Monarchs have a more floating flight pattern, following the flap-flap-glide rhythm, while viceroys fly more quickly and more erratically, Journey North reports.

Monarch butterflies famously migrate to Mexico and parts of southern California each year, while viceroys do not migrate. We typically start to see monarchs arrive in Will County in late May or early June each year. Viceroys, on the other hand, overwinter here as caterpillars. We usually start seeing viceroy butterflies about two weeks after the leaves of willow and poplar trees emerge in the spring, because the caterpillars feed on these leaves. In contrast, monarch caterpillars feed exclusively on milkweed.

Although it may be quite difficult to tell a viceroy from a monarch as butterflies, the caterpillars of these two species look nothing alike. The viceroy caterpillar is olive brown and white in color, while the monarch caterpillar has a black, yellow and white striped appearance.

Monarch caterpillars are very similar in appearance to queen caterpillars, which are also orange and black in color as butterflies, but are largely absent of the black markings that cover the orange part of the wings, according to Save Our Monarchs.