Feeding deer in winter: You're doing more harm than good 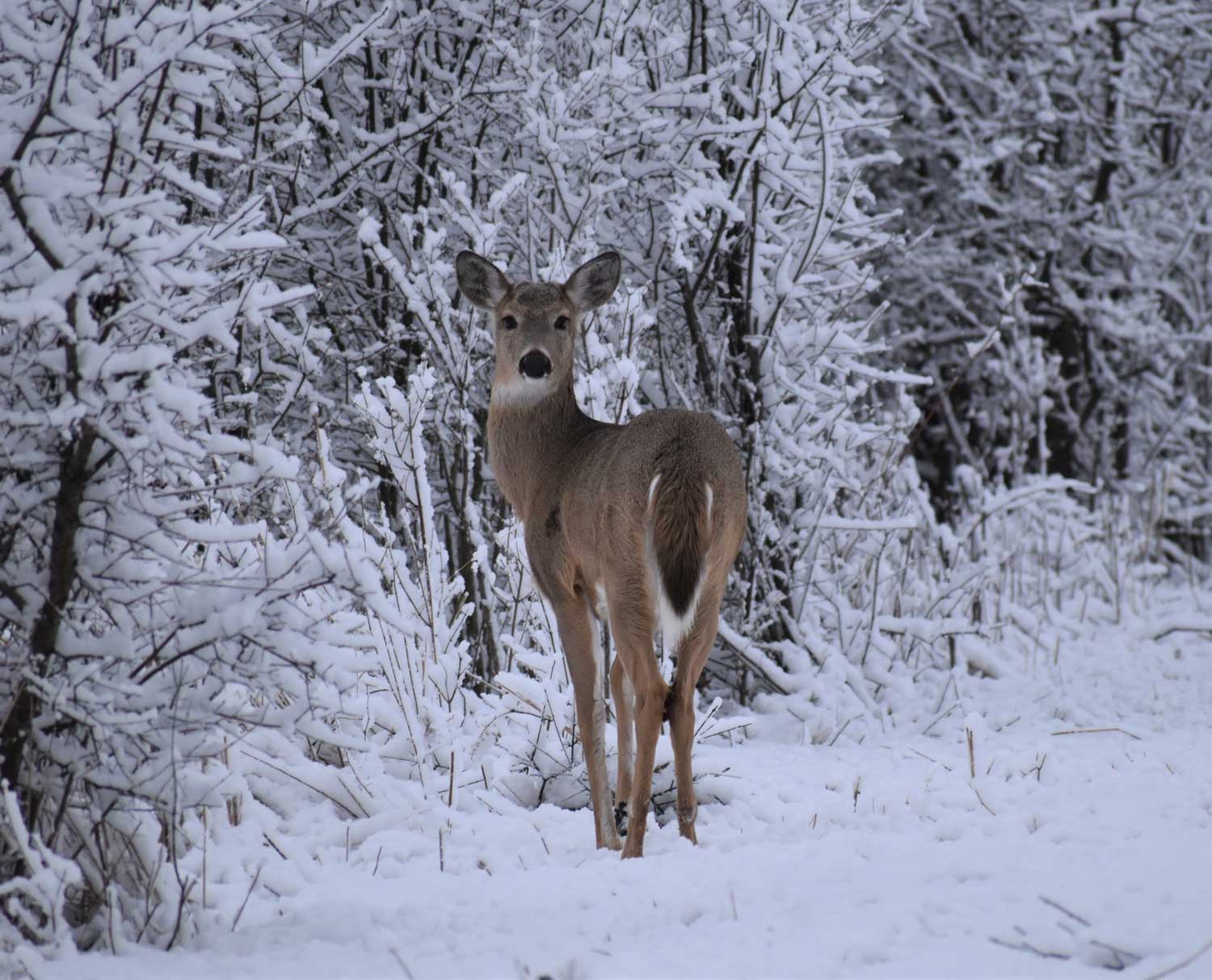 On the coldest days of winter, when the wind is whipping and temperatures have dropped below zero, it can be difficult to think about local wildlife and how they are faring in the frigid conditions. But it's not a stretch to say they were built for it. Our local critters that are active in winter rely on many adaptations to survive and thrive in winter, and they don't need our help to endure the season, and that includes feeding them.

Although it may seem like leaving food out for deer is helping them by making it easier to get a quick meal, your well-intentioned act is doing much more harm than good. In fact, providing food to deer in winter may interfere with their ability to survive the season, according to the Tufts Wildlife Clinic. When people leave food out for deer, it alters their normal diet, often substituting rich, unnatural foods for their usual winter diet. This can disrupt and upset their digestive system, which is not functioning the same as it does in summer. Eating these sorts of unnatural foods can make them sick or force them to use more energy to digest food at a time when energy is better spent on other necessary body functions.

RELATED: HOW DO DEER STAY WARM IN WINTER?

When people leave food out for deer, the deer react to it as you would expect. They quickly learn the location of this reliable food source, which can draw many more deer to an area than would normally be present. This increases the risk of the spread of disease, and it also makes the deer more vulnerable to predators, according to the Tufts clinic.

These aren't the only negative effects. Feeding deer can also cause aggression as they jockey for a spot at the provided food, which can result in injury and causes the animals to burn through stored energy faster than they should, according to the University of New Hampshire Extension. Deer may also deplete more of their fat reserves when traveling too and from the provided food, and the area around the feeding site can become overbrowsed, meaning there is less naturally available food for the deer population.

Need another reason not to leave food out this winter? In Illinois and many other states, it is illegal to feed wild deer. The state enacted a ban on feeding deer in 2002 to limit the spread of chronic wasting disease, which is fatal to deer, according to the Illinois Department of Natural Resources. It is also illegal to feed wildlife of any kind in the Will County forest preserves.

So if deer don't need our help to stay well fed, what are they eating through the winter months? They eat much of what they do in the warmer months, such as grasses, stems and other vegetation. These foods can be in shorter supply in winter, especially when there is snow on the ground, so during this time of year they supplement their diet with twigs and other plant matter that may be easier to find above the snow. They also add more high-calorie foods like nuts, fruits and mushrooms to their diet, according to Tufts. While deer don't need to dig under or scrape snow away to get to food, they are able to and sometimes will to get at a good food source.

Winter is a difficult season for deer and other animals to endure, and not all will survive. It's normal for healthy adult deer to lose about 20% of their body weight in winter, the New Hampshire extension reports. When deer expend all their fat reserves before harsh winter conditions give way to warmer spring weather, they may not survive. This is most common among older and small deer.

In areas of northern and central Illinois where hunting is common, the average lifespan for a white-tailed deer is 2 1/2 years for males and 5 1/2 years for females, according to Wildlife Illinois. The most significant causes of deer mortality in the state are hunting and vehicle collisions. Other causes of death include disease, predation and starvation.