Why are whooping cranes still so rare? 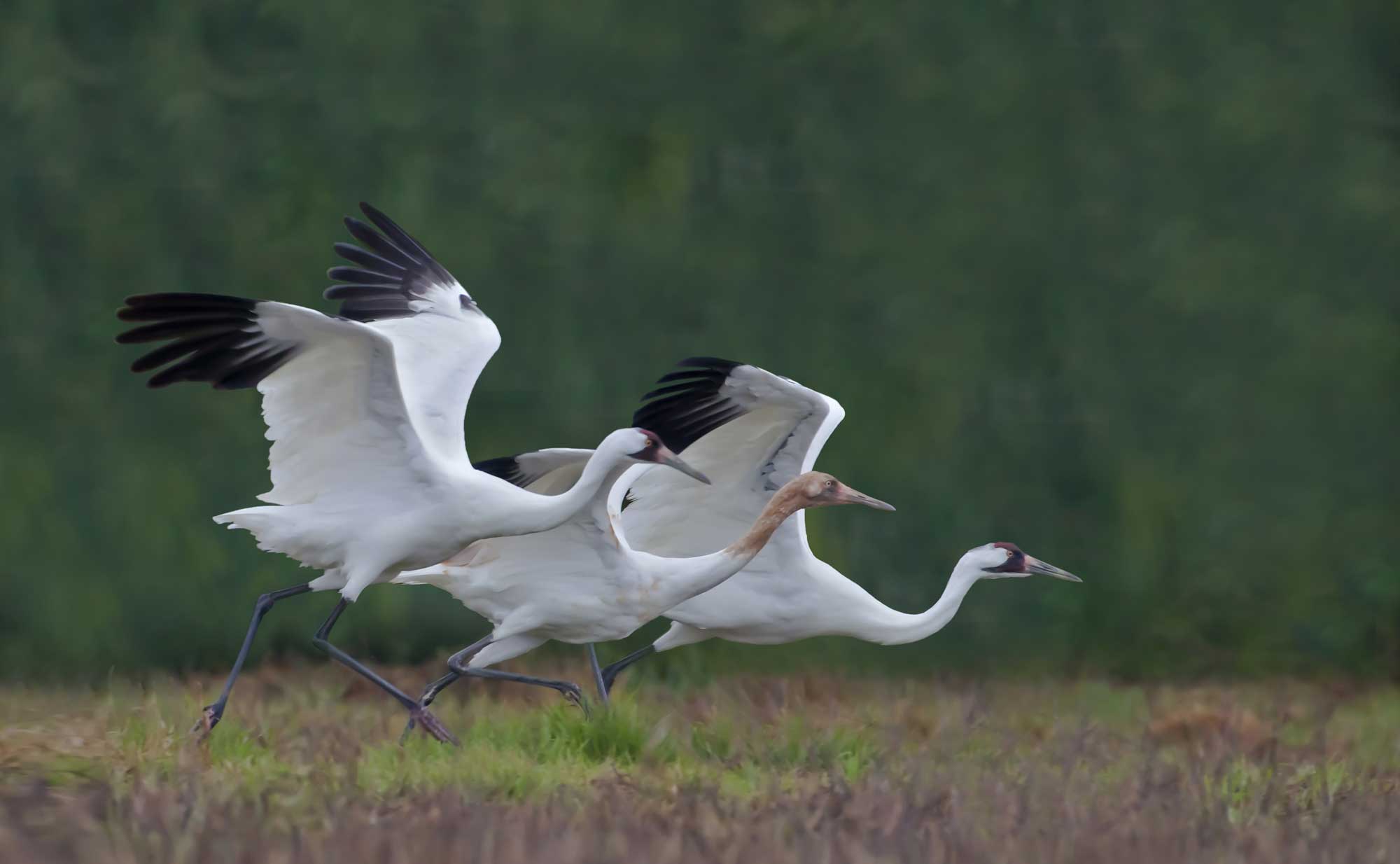 The story of the whooping crane is a troubled one that nearly ended with these majestic birds' extinction. And while small populations of these cranes still do exist today, they haven't experienced the conservation successes that we've seen with other birds, like bald eagles and great egrets. These cranes have been on the endangered species list since the Endangered Species Act was signed into law in 1973, and their population has been making a steady, albeit slow, recovery.

Before European settlement, whooping cranes and sandhill cranes were both found across North America's prairies and wetlands. At one time, more than 10,000 whooping cranes lived in North America, but with the settlers came changes in how the land was used, resulting in habitat loss. The cranes' eggs and feathers were also hunted, and with no hunting regulations in place, their populations plummeted, according to the Outdoor Illinois Journal.

By 1941, only 21 whooping cranes remained in the world, according to the Cornell Lab of Ornithology. Of these, 15 were migrants between Canada and Texas and the remaining group resided in Louisiana year-round. The Louisiana group eventually went extinct, and today's whooping crane population — numbering about 800, with birds living both in the wild and in captivity — all are descendants from that original group of 15.

Today, two distinct migratory populations of whooping cranes exist in North America. One group of cranes travels back and forth between its breeding grounds in northwestern Canada and its wintering grounds on the coast of Texas, according the Cornell Lab. The other travels back and forth between Wisconsin and Florida. There are also two small non-migratory populations of whooping cranes, one in Louisiana and one in Florida.

The whooping cranes that pass through Illinois are from the group that migrates between Wisconsin and Florida. The number of these birds estimated to travel through the state is only about 75, Outdoor Illinois reports. That means spotting one truly is a lucky encounter, especially when you consider that between 40,000 and 50,000 sandhill cranes pass through Illinois on their migrations, and a much smaller number stick around year-round.

If you look closely at the flocks of sandhill cranes traveling overhead, you might see one bird that looks a bit different than the rest. If that's the case, it might just be a whooping crane. These cranes are the tallest bird in North America, standing about 5 feet tall with a wingspan of more than 7 feet, according to the Cornell Lab of Ornithology. They look similar to sandhill cranes but are white in color instead of gray or rusty gray. Like sandhill cranes, they have a crimson red patch on their heads, covering their crown and striping like a mustache on either side of their bills. In flight, whooping cranes reveal their black wingtips. Sandhill cranes don't have black wingtips, so it's an easy way to tell if a whooping cranes is traveling with a flock of sandhills as they travel overhead.

Whooping cranes are reliant on wetland habitats like marshes in both their breeding and wintering grounds, according to Cornell Lab. They nest in marshes and wetlands, building their nests in tall vegetation so they can hide away from predators. Their diet mainly consists of small vertebrates, invertebrates and plant material found in and around shallow wetland waters. During migration, they also eat leftover grain from fields that have been harvested.

Efforts to promote recovery of the whooping crane population have been a joint initiative between the United States and Canada, according to the U.S. Fish and Wildlife Service. The work has included efforts to preserve habitat as well as captive breeding programs.

The population of whooping cranes that travels from Wisconsin to Florida, which is referred to as the eastern migratory population, was the result of a captive breeding program, according to the Cornell Lab. These cranes had to be taught to migrate by researchers, who used ultralight aircraft to show them the way between their breeding grounds and wintering grounds.

Although their population is continuing to slowly increase, whooping cranes still face threats because of habitat loss due to wetland drainage both in their winter habitat and over their migratory path, according to the Fish and Wildlife Service. They are also sensitive to the effects of climate change because of how it will alter wetland habitats.