What's the difference?: Ducks vs. geese 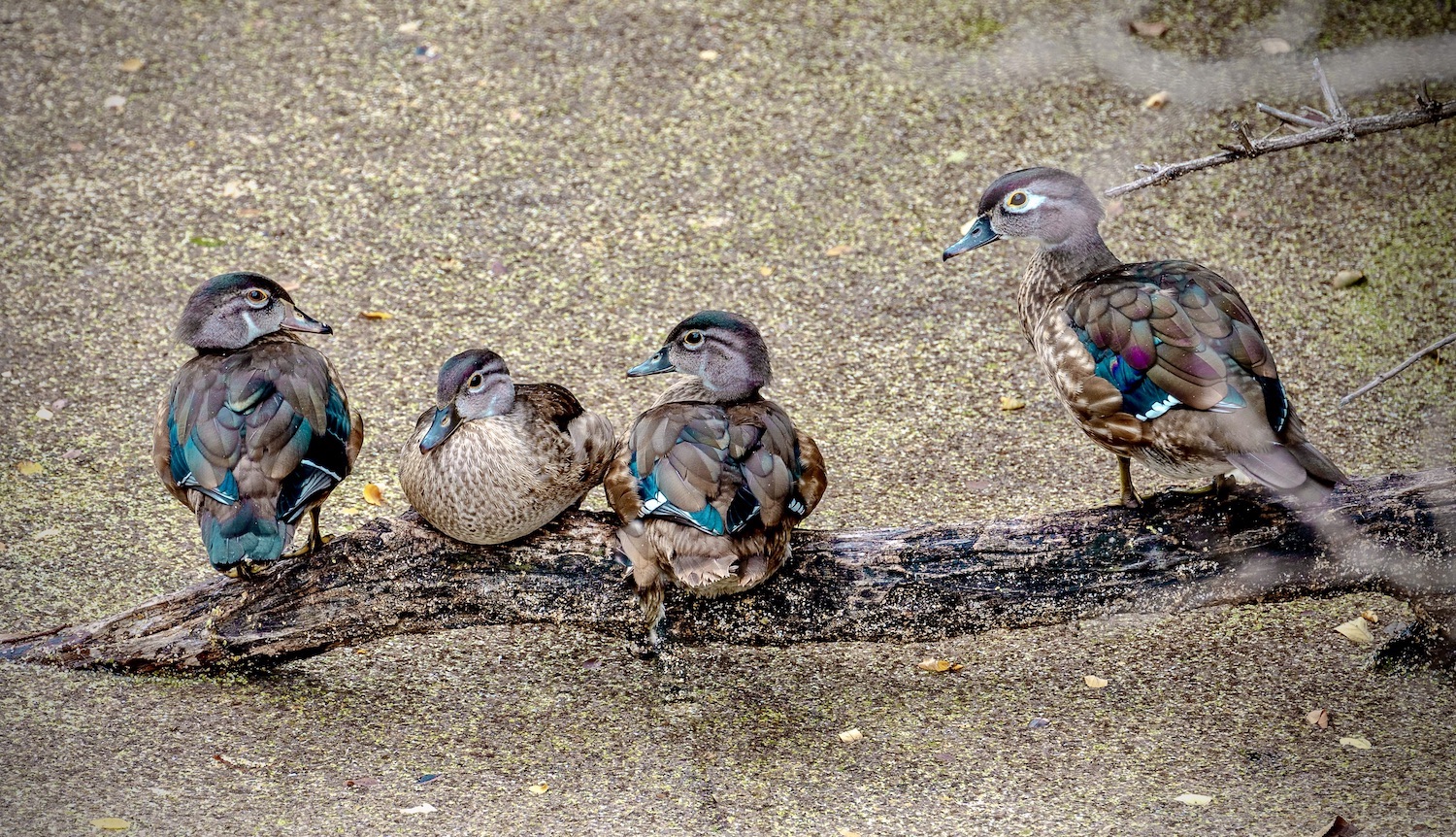 Wood ducks are one of the many kinds of ducks that can be seen in Will County. (Photo courtesy of Joe Viola)

Both ducks and geese, along with swans, are waterfowl. These three types of birds share many similarities. All waterfowl have webbed feet and broad, flat bills, according to Michigan State University's Kellogg Bird Sanctuary. Ducks, geese and swans all travel in flocks, and the offspring of all three imprint on the first thing they see after hatching. That means the first thing the babies see after they hatch is what they think is their mother.

The primary way scientists differentiate between ducks and geese is based on how many bones they have in their necks. Ducks have 16 or fewer bones in their necks, while geese and swans have between 17 and 24 neck bones, according to the Kellogg Bird Sanctuary. Geese and swans also typically have much longer necks than ducks.

Illinois is home to far more species of ducks than geese, according to the Illinois Raptor Center. This trend is true in all of the United States. In all, only a handful of geese species live in the continental United States. In Illinois, the Canada goose is by far the most populous goose. Snow geese and greater white-fronted geese both pass through Illinois during their migrations.

In contrast to geese, a variety of duck species live in Illinois, with the most common, of course, being the mallard. Other common ducks seen in Will County include common mergansers, hooded mergansers, wood ducks, blue-winged teals and common goldeneyes.

Some of the birds that we lump in with ducks, including the pie-billed grebe and the American coot, aren't truly ducks, although they have many similarities, the Illinois Raptor Center reports. Still others that are truly ducks are only seen in Illinois during their migrations. These include the American wigeon, gadwall, green-winged teal, long-tailed duck and northern shoveler.