What's the difference?: Bison vs. buffalo 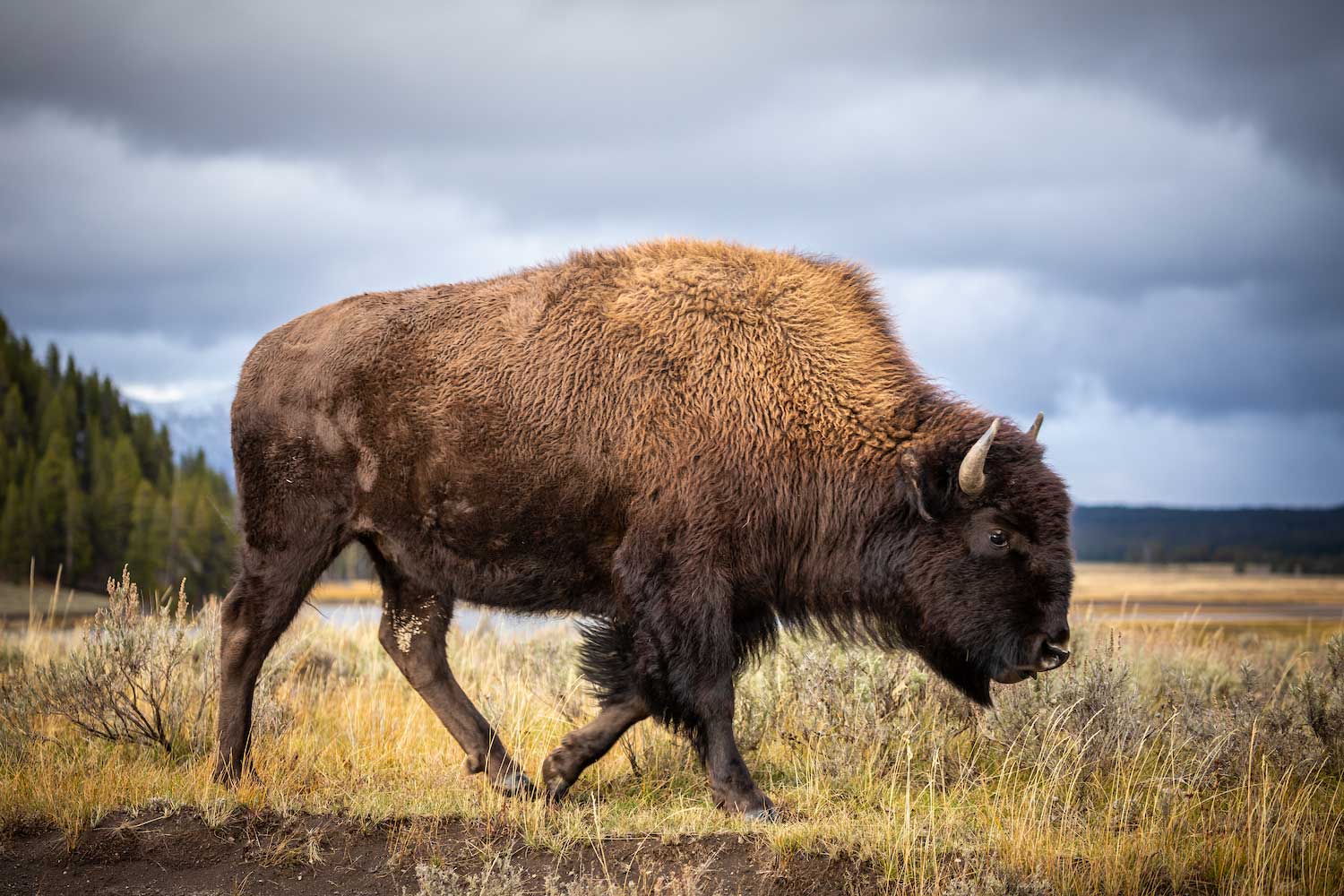 Our most patriotic songs regale us with imagery of an America from bygone eras that we still see glimpses of today. "America the Beautiful" reminds us of our nation's "amber waves of grain" and "purple mountain majesties," while "God Bless America" pays tribute to all our country's great lands, "From the mountains to the prairies, To the oceans white with foam." And of course, "Home on the Range" tells the tale of someone in search of a home "where the buffalo roam and the deer and the antelope play."

All these lyrics, sung by millions of schoolchildren over the generations, paint a quaint image of America, but they don't exactly get all the details about this great land right. For example, nowhere in America is technically land "where the buffalo roam," unless you happen to be visiting a zoo. Instead, these lands are where the bison roam.

The confusion between buffalo and bison began centuries ago, when early settlers in the western United States referred to the American bison roaming the plains as buffalo, according to the Smithsonian National Zoo and Conservation Biology Institute. They may have chosen the term buffalo as a homage to the French word for beef, boeuf, or possibly because the hides from bison were familiar to the buff coats worn by men in the military at the time. Hundreds of years later, the term buffalo is still commonly used to refer to bison. It can be confusing, however, because buffaloes are animals of their own, with water buffaloes living in Asia and Cape buffaloes, or African buffaloes, living in Africa.

Buffalo and bison are closely related, with both belonging to the Bovidae family, the San Diego Zoo reports. They are among the largest members of the Bovidae family, and they also both have horns. But it's not just geography that separates bison from buffalo. For starters, you can use their horns as a key identification feature. Bison have shorter and sharper horns than either water buffaloes or Cape buffaloes. The horns of a Cape buffalo look similar to a handlebar mustache, while a water buffalo's horns curve upward in a crescent shape.

Aside from the horns, there are some other physical differences as well. Both buffalo species are more of a dark gray or even black color, while bison are dark brown. Bison have larger heads than buffalo, and they have a large hump at their shoulders, according to the Smithsonian Zoo. Bison also have furry "beards" that hang from their chins. And they shed their thick fur coats each spring or early summer, giving them a kind of patchy appearance until the old coat is fully shed.

It's unlikely that buffalo will stop being a synonym for bison here in the United States since it's a term that has been in use for centuries, but the original inhabitants of what is now the United States had another word for what we now call bison. The Lakota called bison tatanka, and the animals were of great importance in Lakota culture, according to the National Park Service.

The Lakota were nomadic, and they spent time following bison across the plains in the time before European immigrants to America began to settle the West, the park service reports. Bison were important in other indigenous cultures as well, and different Native Americans had different terms for the animals. The Navajo called bison ivanbito, while they were called iinniiwa in the language of Blackfoot tribes.

Native peoples relied on bison for their survival, using every part of the animal in their daily lives, according to the National Park Service. They hunted bison for meat to eat and used their hides for clothing, shelter and blankets. They also used parts of the animals to make tools and jewelry and used them in traditional ceremonies.

Westward expansion of the United States by European settlers nearly drove bison to extinction. Early in the 19th century, between 30 million and 60 million bison were thought to live in North America, but that number fell to fewer than 1,000 by the 1890s, the park service reports. The shockingly drastic decline was the result of a "Great Slaughter" caused by demand for the animals in international markets, the introduction of disease from livestock like cattle and sheep and a concerted effort by the U.S. government to kill buffalo as a means of controlling Native peoples and destroying their livelihood.

The bison population recovered from its low point at the end of the 19th century, but it's still nowhere near the level before the Great Slaughter. Today, bison occupy only about 1% of what their range once was, with the total bison population in the United States estimated between 400,000 and 500,000, according to the Smithsonian zoo.

The vast majority of bison in the United States today are raised as livestock, with about 30,000 living in public and private herds managed for conservation purposes. The only place in the United States where bison have lived continuously since prehistoric times is Yellowstone National Park, according to the park service. The bison in the herds at Yellowstone are significant to several Native tribes because they are revered as descendants of the herds that once freely roamed America's grasslands. 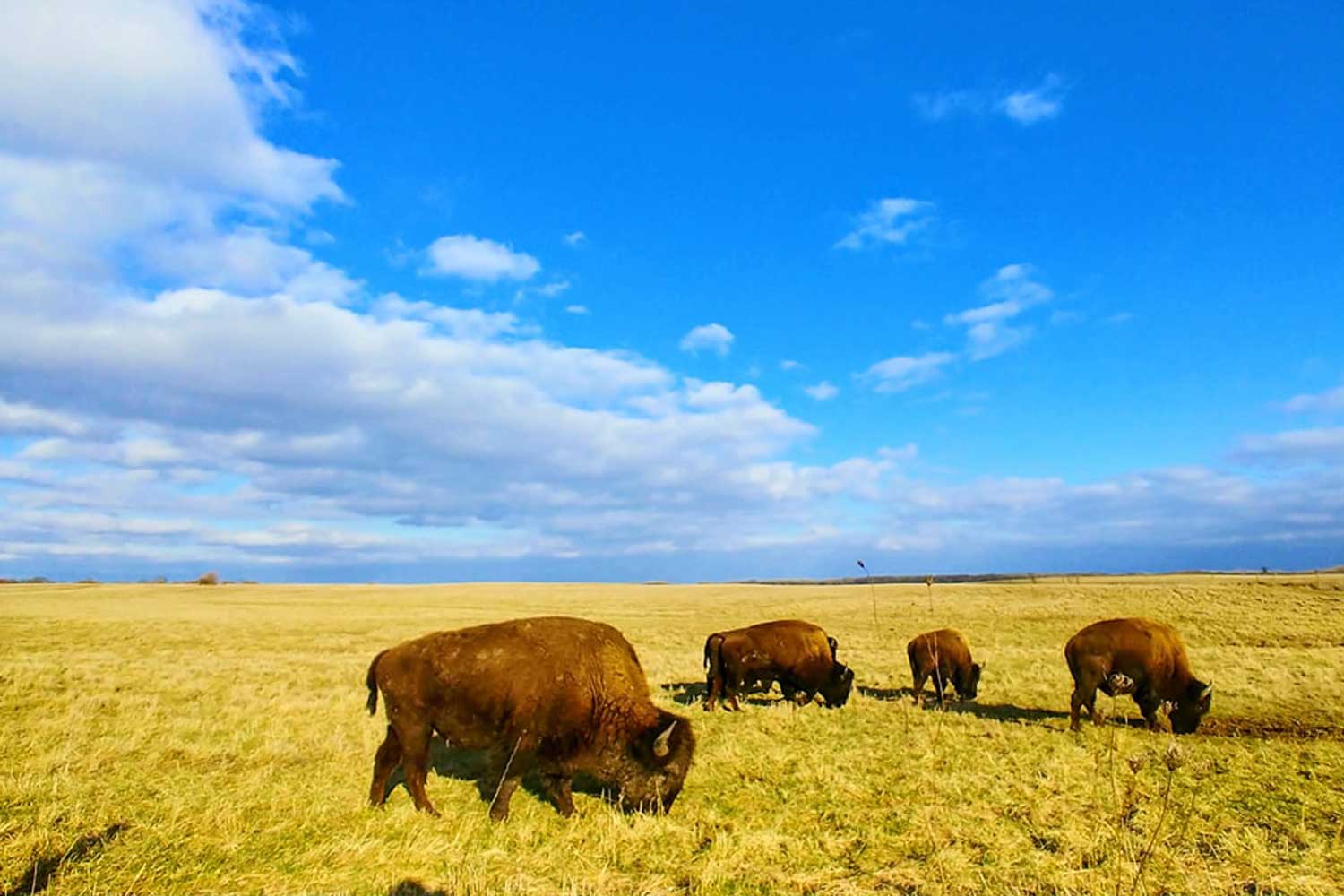 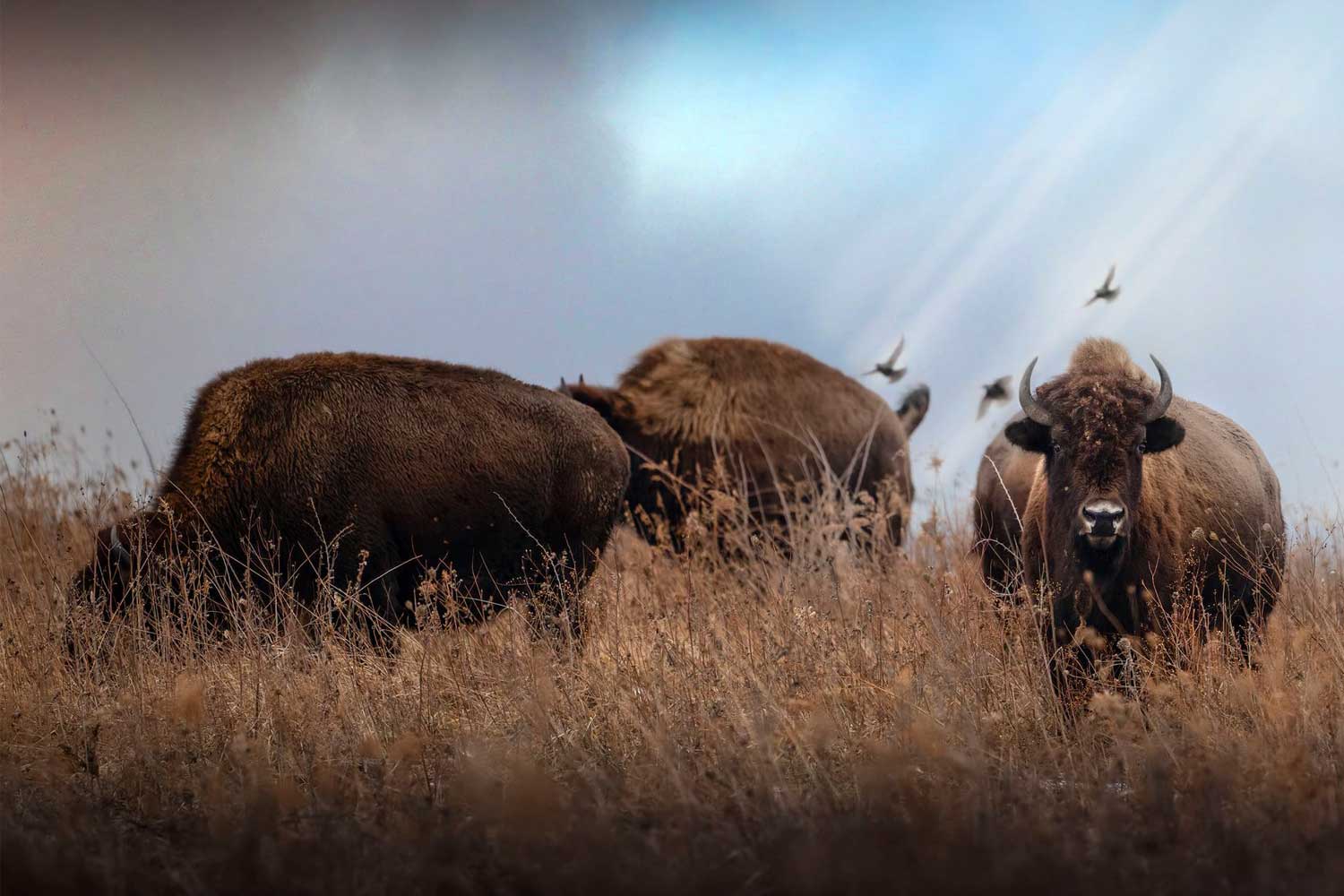 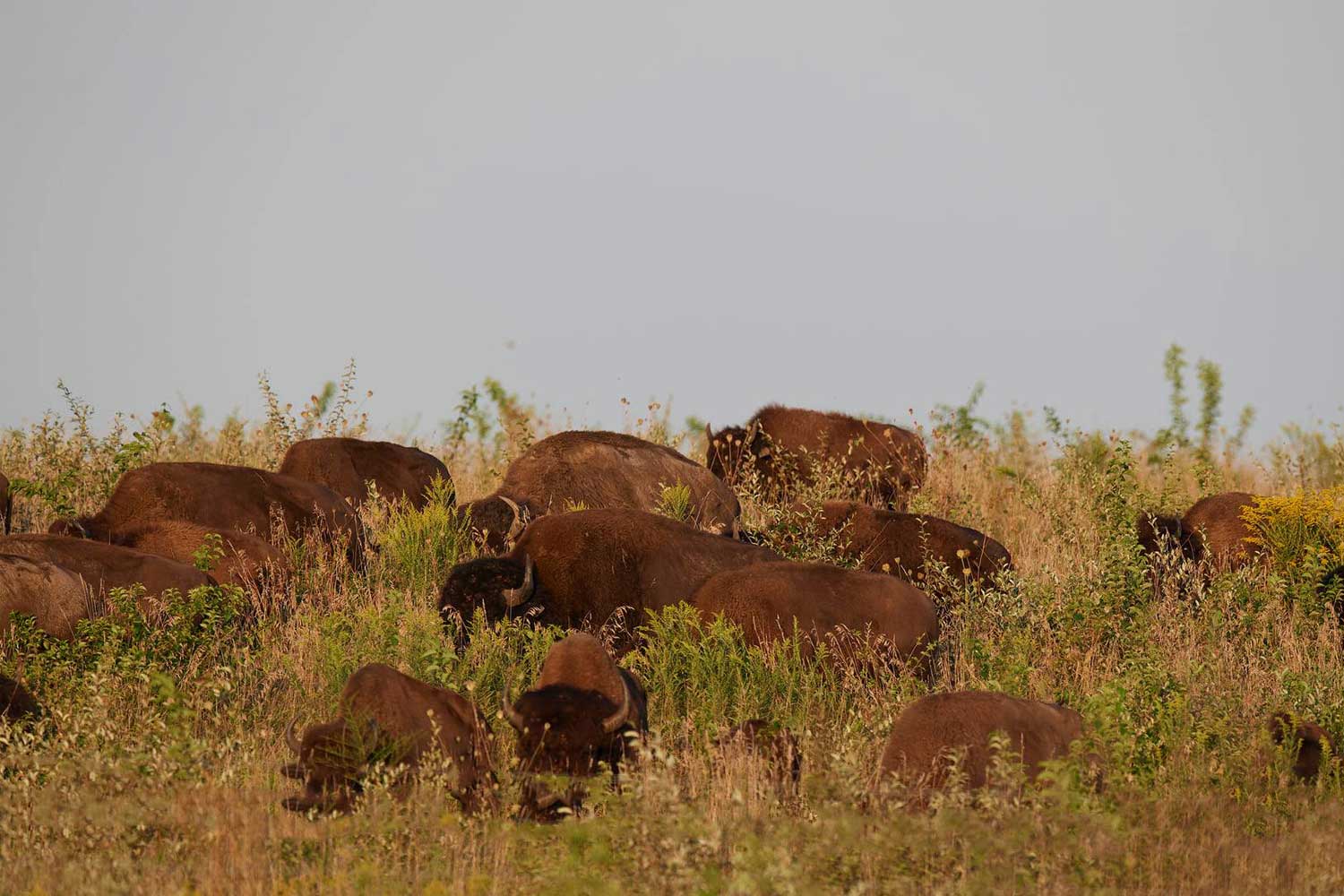 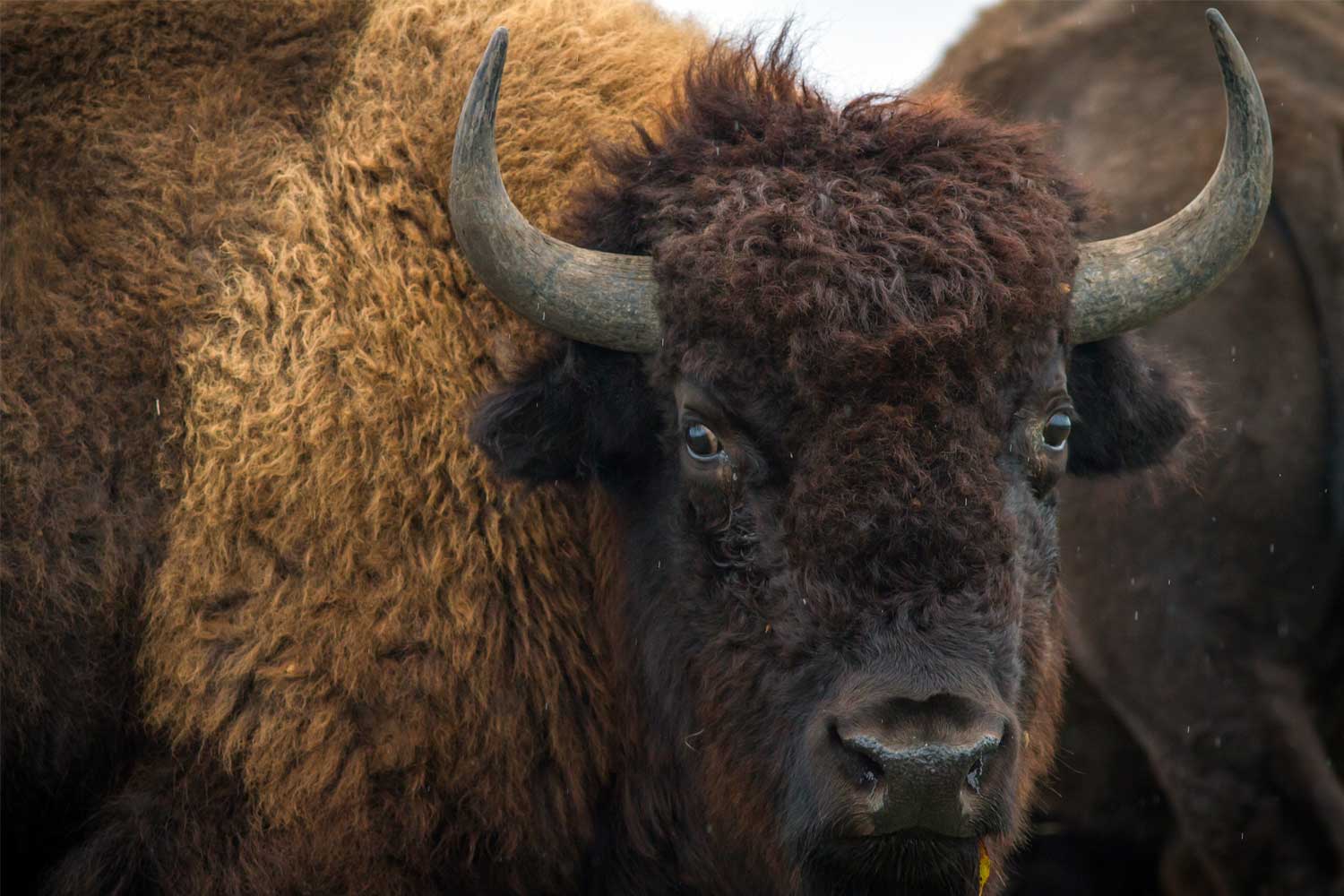 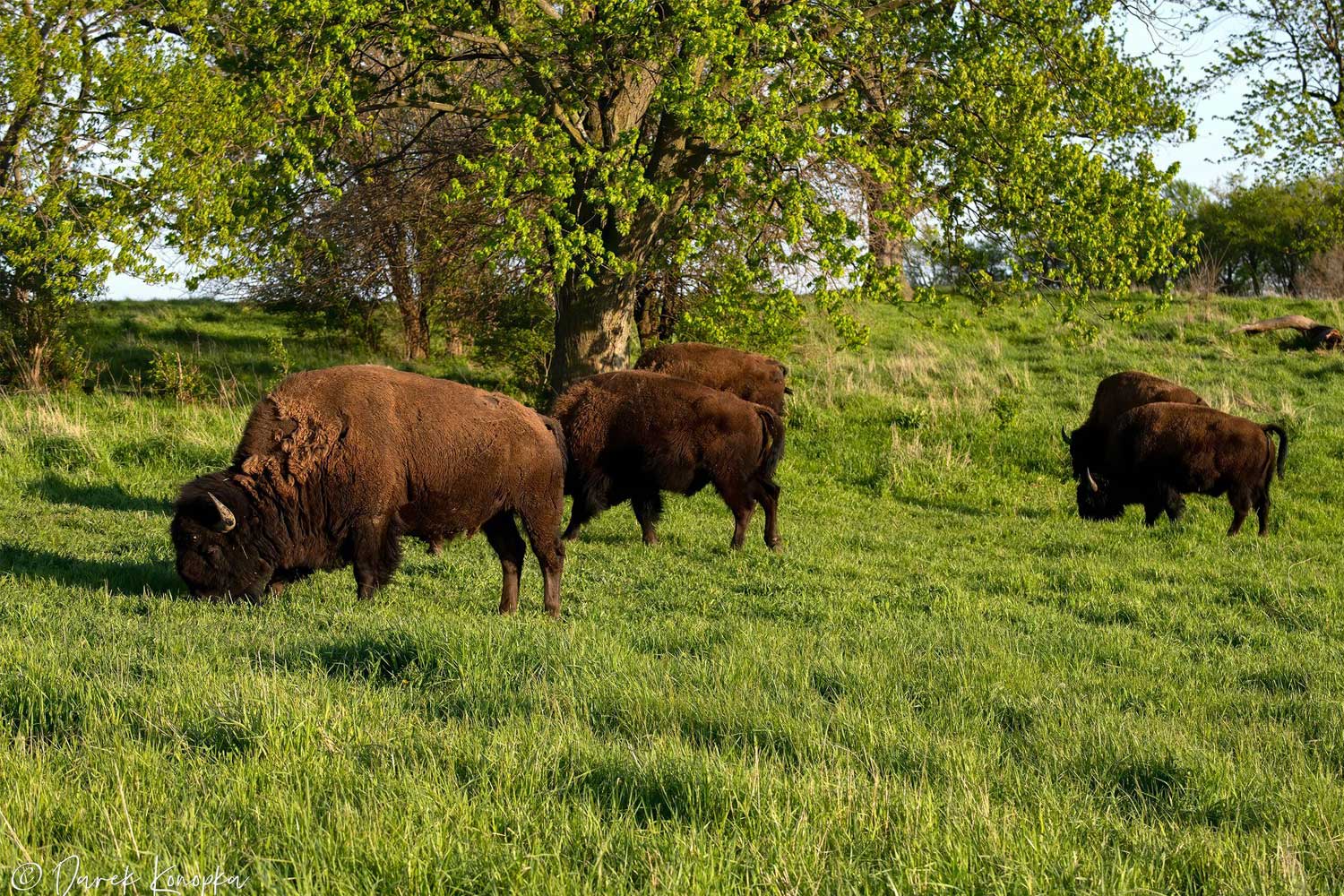 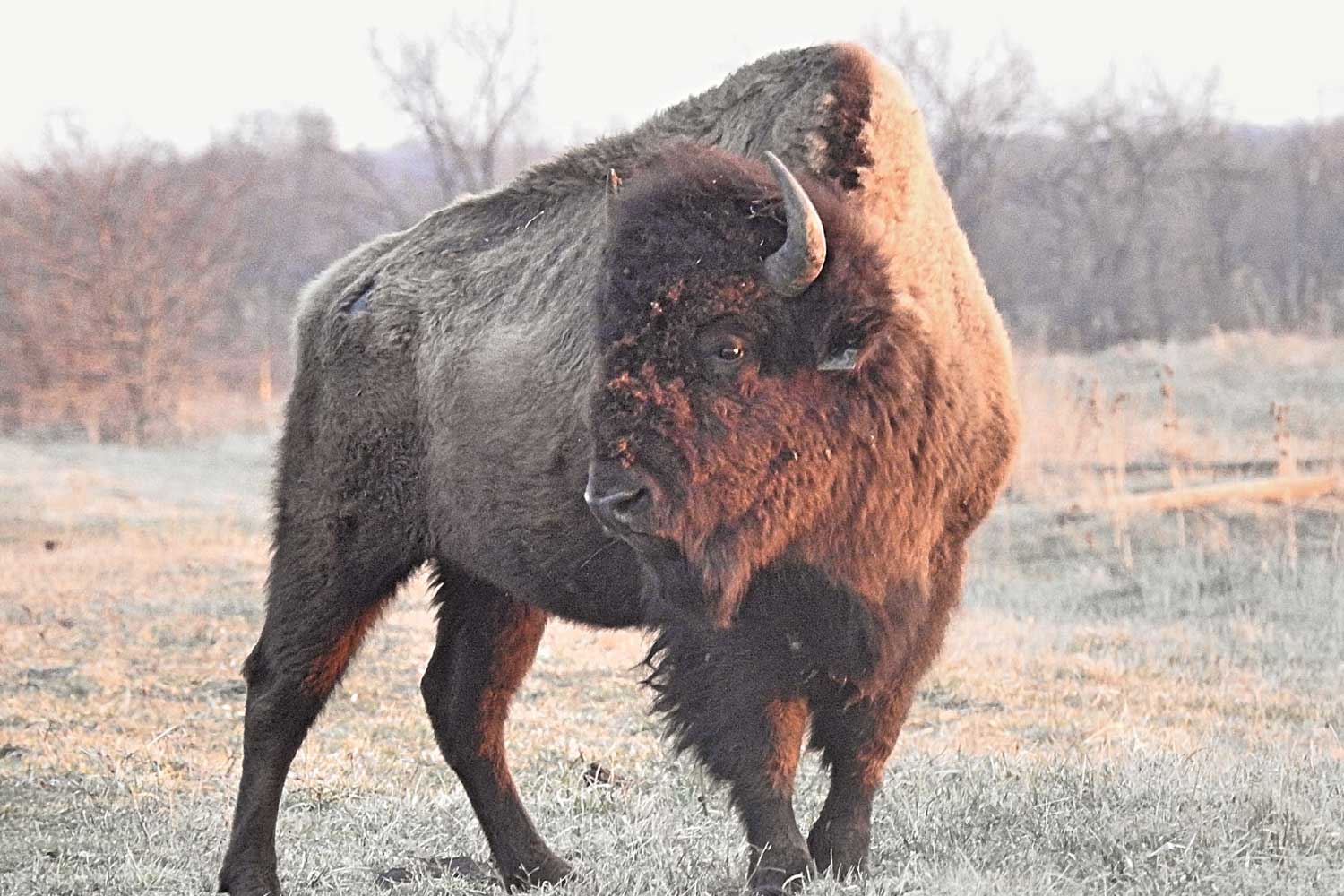