What's the difference: Biodegradable vs. compostable 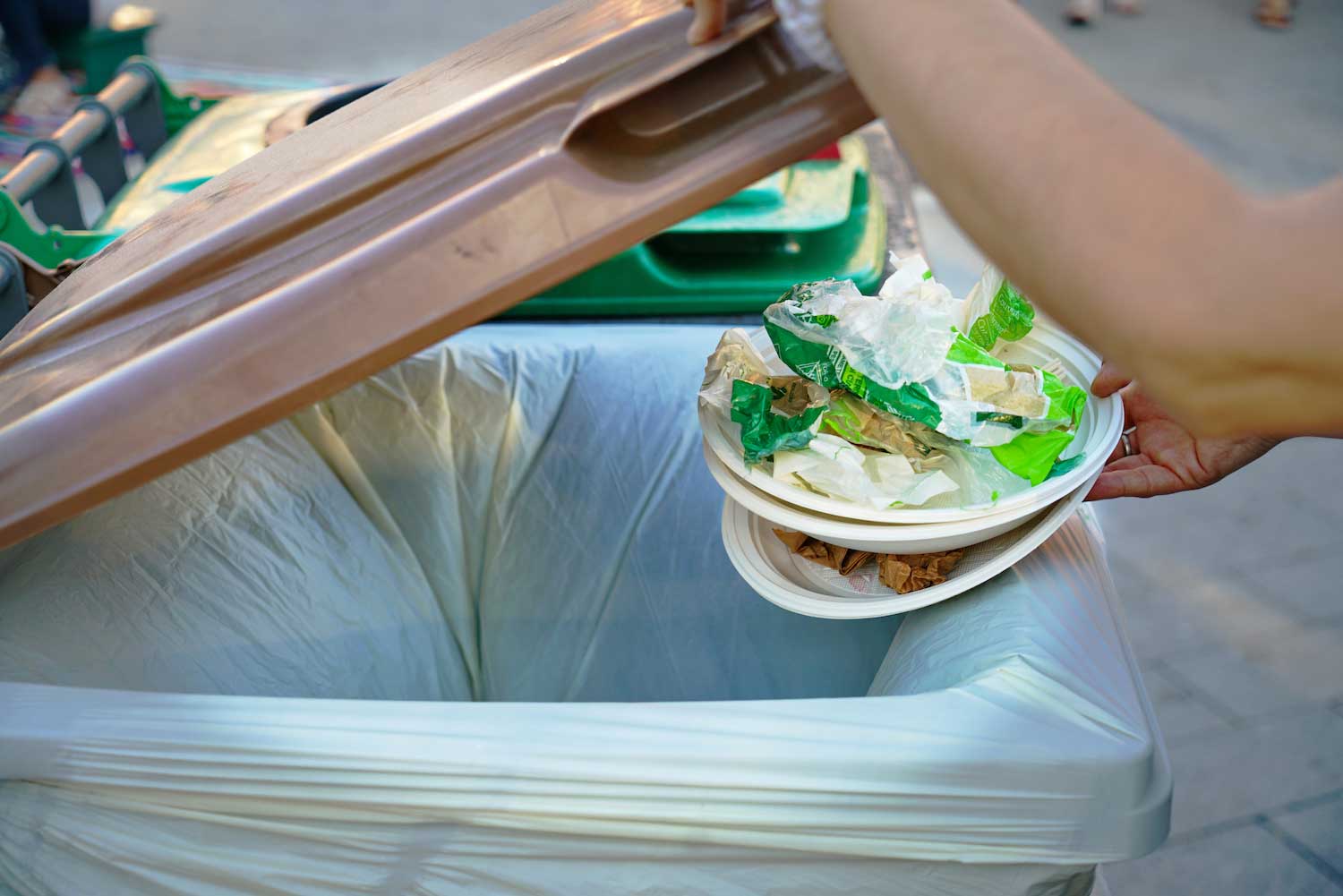 Americans generate a lot of garbage, about 4.9 pounds per person per day, according to the U.S. Environmental Protection Agency.

The amount of municipal solid waste generated by Americans has grown considerably over the past few decades, from less than 100 million tons in 1960 to 292.4 million tons in 2018, according to the EPA. Recycling and composting help keep more garbage from making its way to landfills. Many things can be recycled, including glass, paper and many plastics. And plant-based waste, including food scraps and yard waste, can be composted.

In the past few years, though, we've also seen a rise in the number of plastic products that are labeled as biodegradable or compostable and marketed as a greener option than traditional plastics. These two terms are sometimes used interchangeably, but they aren't one and the same. So what's the difference?

Something that is biodegradable can be broken down by microorganisms like bacteria and fungi, Treehugger reports. Some things, like fruit and vegetable scraps, biodegrade quickly, sometimes even in a matter days. However, other things take a long time to biodegrade. For example, plastic bags and Styrofoam are biodegradable, but it takes 500 years or longer to completely break down. In comparison, paper takes about two months to five months to biodegrade, while aluminum cans take between 80 years and 100 years.

Something that is compostable can biodegrade under specific human-controlled conditions, according to Treehugger. While biodegradation is a natural process, composting requires human action. Through composting, microorganisms also break down into organic matter, but humans control oxygen, water and other factors to optimize the process for efficiency.

Plastic can be engineered so it biodegrades in soil or water, but for a plastic product to be labeled compostable it must be capable of breaking down though biological treatment at a composting facility, the EPA reports. The products must decompose at a similar rate to other items, about six months or less, and not leave behind toxic compounds that would negatively affect the final product's use in aiding plant growth.

Another term that is often thrown in the mix with biodegradable and compostable products is bioplastics. These are plastics that are made with plant-based materials rather than oil and gas. People often assume bioplastics are better than other plastics, but these products can be designed with the exact structure as petroleum-based plastics and, if they are, they will last in the environment as long as the petroleum-based products, the EPA reports. However, bioplastics can also be designed to be biodegradable or compostable, so paying attention to labeling is important.

Many restaurants have began using compostable plates, utensils and takeout containers, and you'll even find compostable products for sale in stores and online. But are these products better than traditional alternatives? Can you be assured they will be composted rather than languishing in a landfill? Maybe, but not necessarily.

While choosing biodegradable or compostable products can be a good way to reduce your environmental impact, reducing your consumption is always the best choice, Treehugger advises. Instead of disposable, single-use items like plastic utensils, paper plates and napkins and plastic water bottles, choose reusable alternatives to limit your waste output.