When it comes to creeping along at a snail's pace, snails and slugs really take the cake 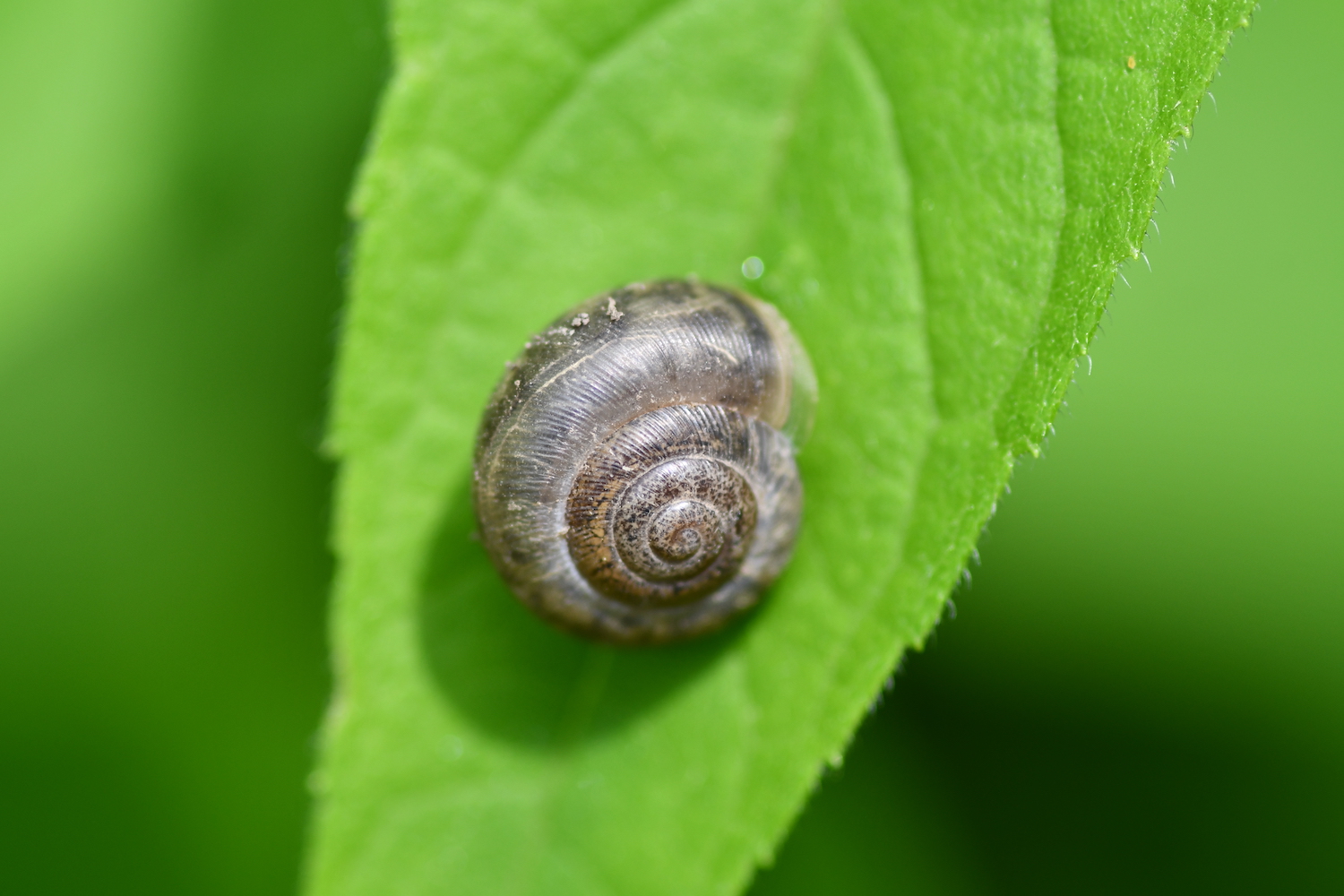 Turtles certainly aren't going to set any land-speed records, but they've got nothing on snails and slugs when it comes to creeping along at a snail's pace — pun intended, obviously.

Land snails and slugs, along with aquatic snails, are gastropods, a scientific classification that means "stomach foot," according to the Illinois Department of Natural Resources. It's that large, muscular "stomach foot" on their underside that helps them move ever so slowly. And we do mean slowly — one snail species was clocked traveling along at a speed of 0.0023 mph!

Illinois is home to 124 land snails and slugs, according to the IDNR. Most are quite small, with their size ranging from 0.05 inches long to about 1.8 inches long. Our local species represent just a tiny fraction of the world's land snails, with more than 40,000 species globally throughout almost every kind of habitat, from the desert to the arctic. Snail and slug species are so numerous that there are more of them than mammals, birds, reptiles and amphibians combined.

Land snails and slugs are essentially the same, with the main difference between them that snails have a visible shell and slugs do not, according to the IDNR. Snail cannot leave their shells, which are attached to their bodies with a strong muscle. And while many slugs lack a shell entirely, some do have an internal shell or a very small shell that is not readily apparent.

Snails' shells vary greatly in size, shape, pattern and color and are one of the key identifying factors between species, the IDNR reports. Within their shell is a cavity holding their essential organs. Slugs don't have this cavity, and their organs are just behind their heads.

As they move along, snails and slugs produce mucus that helps reduce friction as they pull themselves along by creating waves with their muscular foot, the IDNR reports. This is why you will almost always see a slimy trail behind slugs and snails as they creep along. This mucus, produced by glands in their skin, is also essential because it prevents them from drying out. During temperature extremes, they can also use the mucus to cover the entrance to their shell holes to further protect them.

Snails and slugs live in a variety of habitats, usually preferring damp or moist environments such as in leaf litter or under tree bark or fallen logs, according to the Missouri Department of Conservation. Because they require calcium for their shells and for other bodily functions, their concentrations are highest in areas where the soil has a high calcium concentration. Because of their need for calcium, their populations can be affected by acid rain, which depletes soil calcium levels.

Reproduction in snails is different than in many other animals because most snails have both female and male reproductive organs and gametes. When they mate, fertilization occurs in both snails, and both will lay eggs, usually just beneath the soil's surface. The number of eggs snails will lay depends on the species, with larger snails typically laying more eggs. It takes a week or two for the eggs to hatch, but the parent snails do not care for the eggs or the offspring.

Homeowners and gardeners sometimes despise snails because of the damage they can cause to plants, but it's mostly non-native snails that can be destructive, according to the IDNR. These non-native snails can also outcompete native snails and slugs for resources, causing native populations to decline.

Native slugs and snails are beneficial to the ecosystem. Many of the snails in Illinois are detritivores, which means they eat decaying waste from plants and animals, the IDNR reports. However, there are also snail species that are carnivores and herbivores.

Snails also play an important role in the food chain, with many species, from fish to mammals and everything in between, relying on snails for at least some of their diet, according to the Missouri conservation department. Some animals even specialize in eating snails. Brownsnakes, for example, have jaws and teeth well equipped for pulling snails from their shells, and short-tailed shrews often stash snails away in chambers in their burrows then dispose of their empty shells in separate chambers.

For birds, snail shells, which contain calcium, are important at egg-laying time. Female birds will often increase their snail consumption at these times because they need the extra calcium to produce shells, the IDNR reports.