What's the difference?: Wetland vs. marsh vs. swamp 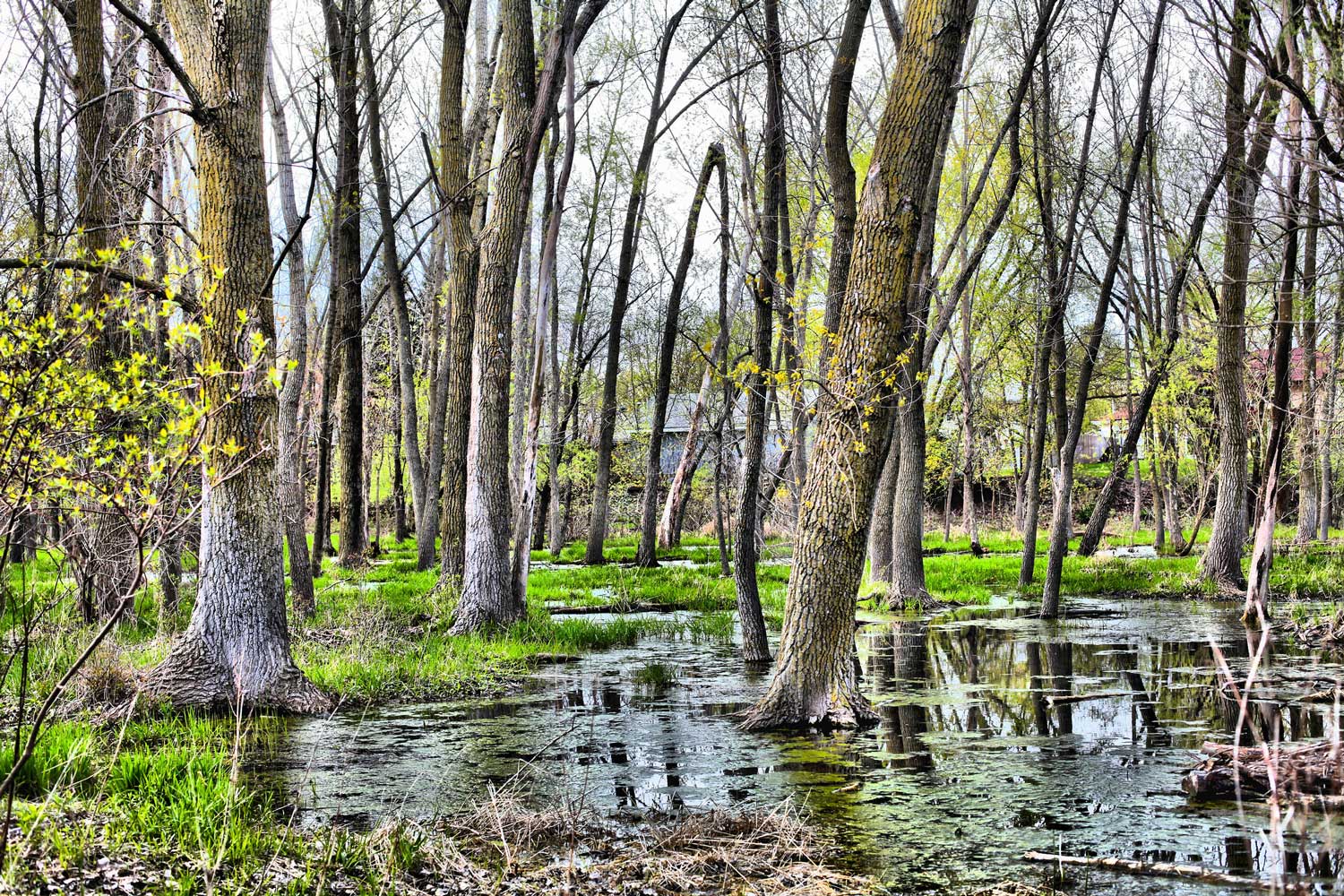 While it may seem easy to lump wetlands, marshes and swamps together, they all have some unique characteristics.

Wetlands are areas of land that link land and water, where these two crucial types of habitat meet to form yet another crucial habitat. These areas of low-lying land are saturated with water, whether permanently or seasonally, according to the National Parks Service.

Wetlands exist all over the United States and include swamps and marshes, as well as bogs. While these three types of wetlands may seem one and the same, there are key differences that distinguish them.

While some wetlands are always wet, it isn't a requirement. Some wetlands are dry for long stretches of the year, but still are considered wetlands because the water table for the area is either at or near the land, which allows aquatic plants to grow and thrive there. Both marshes and swamps can occur in areas with either fresh water or saltwater.

While the presence of water is the main similarity between marshes and swamps, the kind of plant life present in the area is the primary difference between them. Swamps are predominantly forested, while marshes have few if any trees but are home to grasses and herbaceous plants, including annuals, perennials and biennials, according to National Geographic.

Swamps are often classified by the predominant type of tree growing there. For example, there are hardwood swamps, cedar swamps and cypress swamps, according to National Geographic. They are found all over the world, on every continent except Antarctica.

Swamps are similar to lowland forests, which are forests in low-lying areas near water sources. The difference between the two is that swamps usually have deeper standing water and are wet for longer periods of the year, according to the National Parks Service.

The types of marshes we have here in Will County, which is located far from either coast, are inland marshes. These marshes are found along the edges of rivers and lakes. The most famous marsh in the United States is an inland marsh — the Everglades. The massive national park — the third biggest in the United States — is home to nine distinct types of habitat, including marshes, according to the Department of the Interior.

Bogs are yet another kind of wetland. They are different from marshes and swamps because they are highly acidic and have low oxygen levels, the National Parks Service reports. These conditions develop because organic matter accumulates faster than it can decay.

Wetlands are important to the environment and ecosystems for a multitude of reasons. They improve water quality and water supply, provide wildlife habitat, and increase the ecosystem's biodiversity, according to the National Parks Service. In many areas, wetlands are also crucial for flood control, maintaining the flow of rivers and streams and reducing erosion.

In the 1700s, the United States was home to more than 221 million acres of wetlands, but by 1990 more than half had been destroyed through dumping, draining, filling and other human activities, the parks service reports. Because of their importance and significance, restoration of wetlands is happening in many areas of the country, including here in Will County.

Several Will County forest preserves include wetland habitats, and the Forest Preserve District has several projects in progress to restore or mitigate wetlands. In 2019, the District received an Excellence in Ecological Restoration Program accreditation from Chicago Wilderness for an extensive restoration project at Hadley Valley that included restoring wetlands and other habitats.