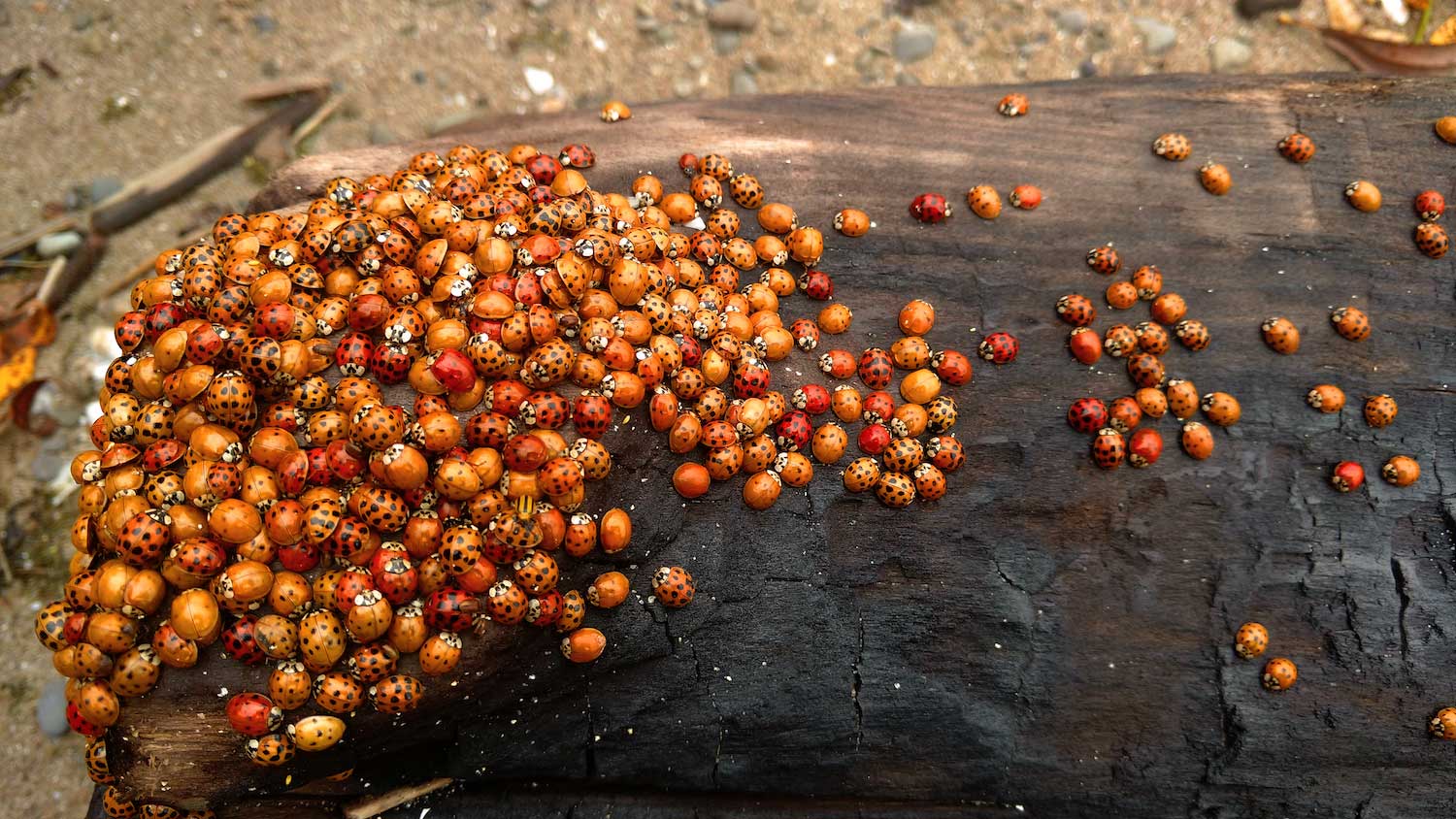 Ladybugs are the stuff of legends and children's books, but they are very real. The only thing imaginative about ladybugs is their name.

Today, the terms ladybug and lady beetle are both commonly used, although lady beetle is more scientifically accurate. That's because in reality, ladybugs aren't bugs at all; they are beetles. Basically, all ladybugs are actually lady beetles, because they aren't bugs at all. They are beetles, which are an order of the insect class of animals. Other orders of insects include true bugs; butterflies and moths; bees, ants and wasps; flies; and dragonflies and damselflies.

Many species of lady beetles are common in our area. Some ladybug species are native to the United States, but many are non-native and invasive, originally from Asia, according to The Spruce.

Native lady beetles are harmless to humans and can be beneficial because they eat garden pests like aphids, according to The Spruce. On the other hand, many are invasive and can be aggressive and sometimes bite. The most common of these non-native lady beetles is the multicolored Asian lady beetle.

How can you tell the difference between a beneficial lady beetle and an invasive lady beetle? In the fall, the most telling difference is their presence in and around your home. At this time of year, multicolored Asian lady beetles are commonly seen in and around homes and other buildings, according to the Michigan State University Extension. You might see them on your doors and windows, and they may even try to hitch a ride indoors when you come in from outside.

You can also tell the difference between beneficial lady beetles and the more common invasive lady beetles based on their physical appearance. We think of ladybugs as red, but their color can vary from tan to bright orange to dull yellow to red, The Spruce reports. The most tell-tale way to identify a multicolored Asian lady beetle is the presence, or lack thereof, of a white, M-shaped marking at the back of its head where it meets their wings. The Asian lady beetles have this white marking, while other species do not.

Many of the invasive lady beetles species arrived here innocently enough, imported from Asia in the early 20th century and released in an attempt to control agricultural pests. Even as late as the 1970s, multicolored Asian lady beetles were introduced to try to control pests in pecan orchards in the South, the Michigan State extension reports.

The multicolored Asian lady beetles are beneficial in some areas, because they, too, eat aphids and other agricultural pests, but they are considered invasive in most places, according to the Michigan State extension. They can be a nuisance too, particularly in the fall when they tend to congregate in large numbers as they attempt to head indoors to overwinter. They can also bite, although they do not spread diseases. When squished, they also release a foul-smelling odor and can stain surfaces.

Native ladybugs — ahem, lady beetles — are beneficial, but their populations are decreasing, while the populations of non-native lady beetles are increasing, according to the Lost Ladybug Project, which aims to record lady beetle sightings across the United States as a way of tracking the presence of different species of lady beetles.