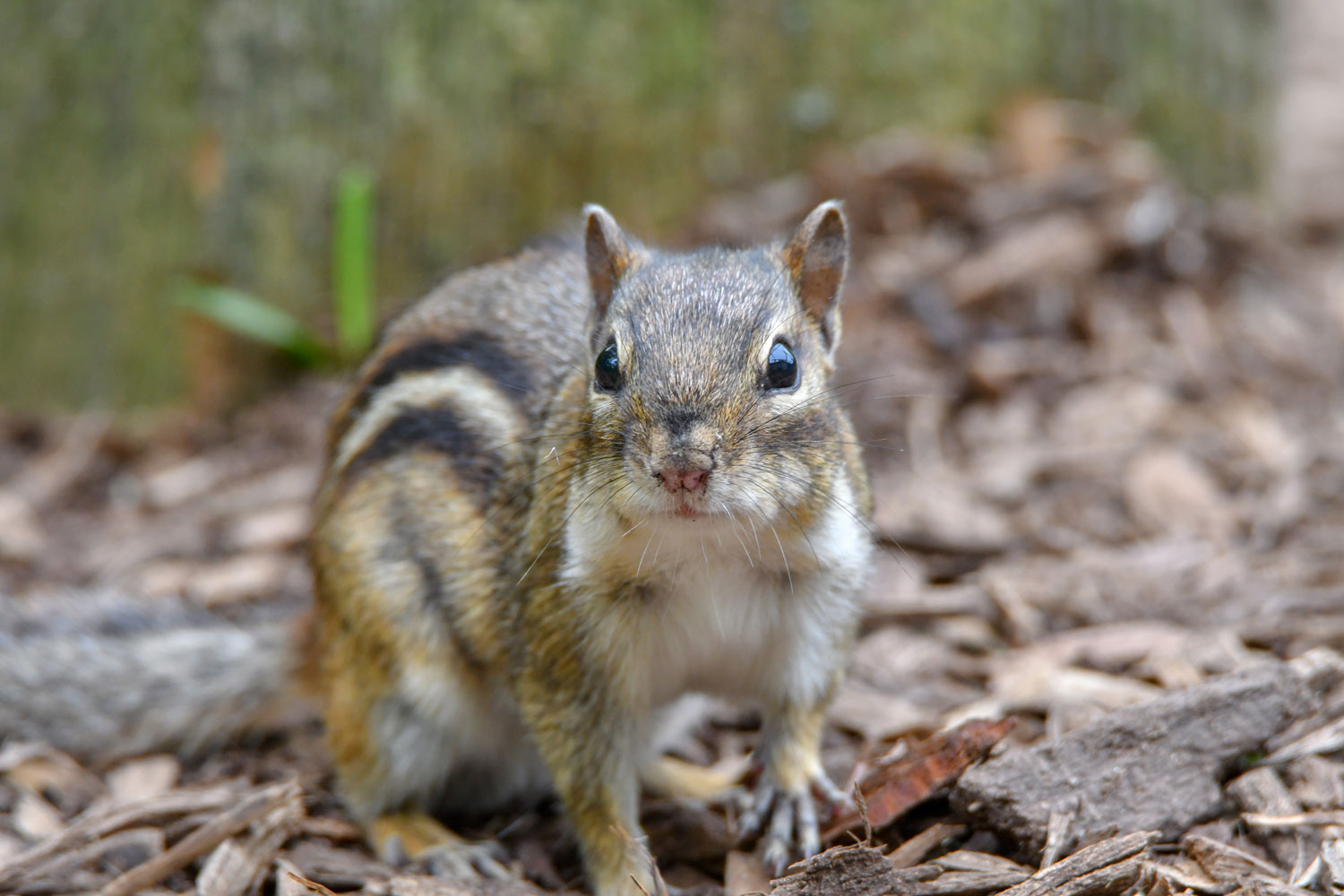 Is this a chipmunk or a ground squirrel? Learn how to tell the difference. (Photo by Chris Cheng)

During fall, chipmunks and ground squirrels scurrying across the ground in search of food is a common sight as they prepare for winter. But can you tell the difference between the two?

Eastern chipmunks and 13-lined ground squirrels are both rodents. They have brown, grayish-brown or reddish-brown fur and are generally similar in size. Chipmunks are usually about 10 inches long, while ground squirrels range from 6 inches to 12 inches.

The most telltale difference between the two is the presence of stripes on their heads, or lack thereof. While both are striped, only 13-lined ground squirrels have stripes that extend to their heads. Only the bodies of eastern chipmunks are striped.

Their stripe pattern can also be used to differentiate them. Thirteen-lined ground squirrels are appropriately named for their 13 narrow stripes. The lines are actually alternating stripes, with seven dark brown stripes and six tan stripes, according to the University of Michigan's Animal Diversity Web. The dark brown stripes also usually have tan spots, giving them a dotted appearance. Chipmunks, on the other hand, have five wider stripes alternating between brown and tan.

Where you see them can also be telling of whether you are seeing a ground squirrel or a chipmunk. Ground squirrels prefer grassy areas such as yards, cemeteries, golf courses and pastures, and they generally avoid wooded areas. Chipmunks, on the other hand, prefer wooded areas and forests and are also often seen along the edges of wooded areas and in yards with plenty of trees and shrubs.

Both chipmunks and ground squirrels are active during the day, and both are busy at this time of the year as they prepare to hibernate for winter. But only the ground squirrel is a true hibernator, spending all but three to four months a year underground, according to the Missouri Department of Conservation. Chipmunks hibernate as well, but not in the truest sense. They spend most their time during winter underground sleeping in their burrows, but they wake to eat every few days.

One key difference between the two is that only chipmunks store food for winter. They'll gather nuts and seeds to store in their burrows to feast on during winter. Ground squirrels do not wake during their hibernation, so they have no need to create food stores. Instead, during the fall they double their body weight to increase their fat stores to live off during winter, the Missouri Department of Conservation reports.