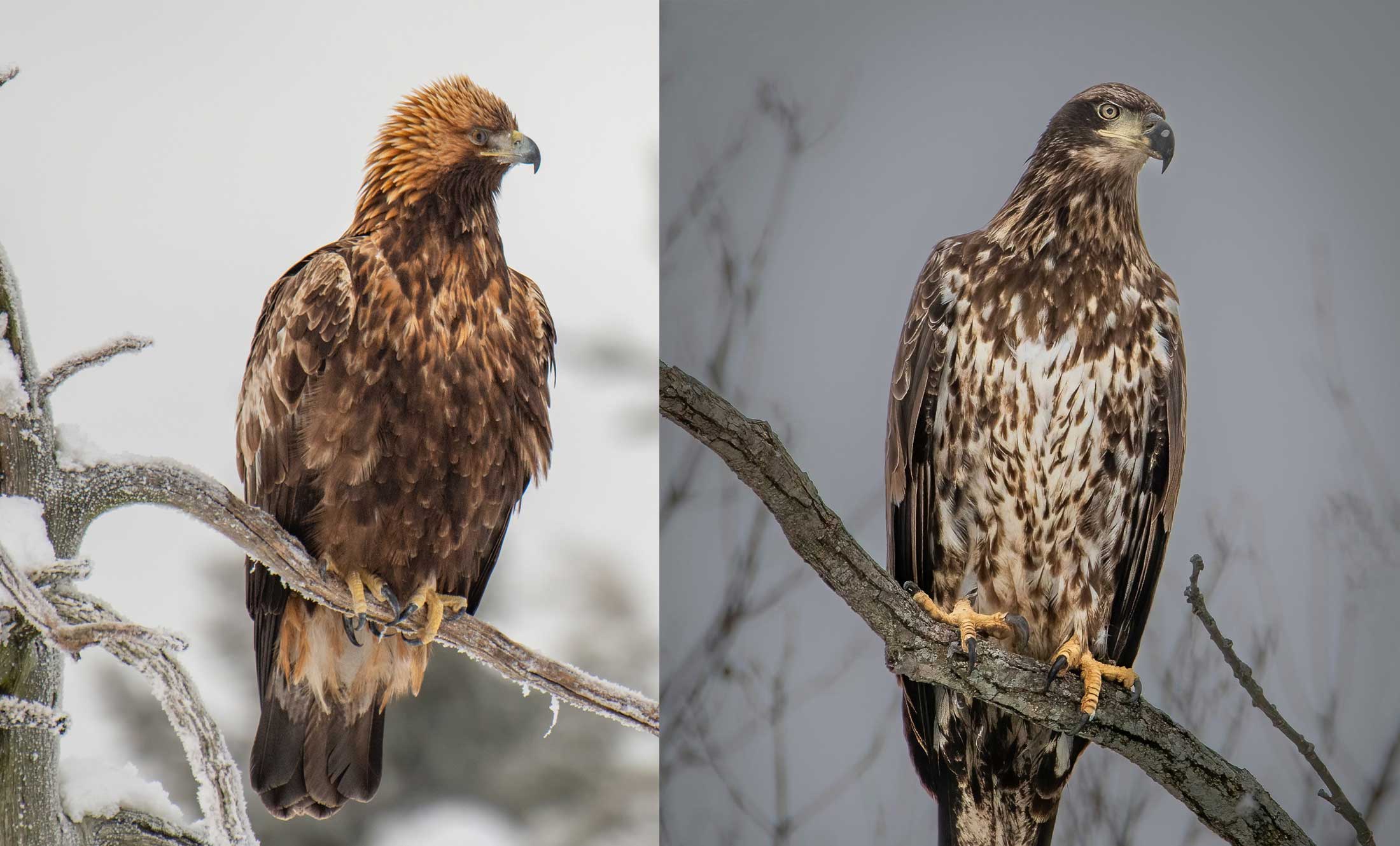 With its stately white head and yellow beak and feet, it would be hard to confuse an iconic adult bald eagle with anything else, but in the four or five years it takes for their full adult plumage to grow in, confusion is a little more common. One species that can cause some cases of mistaken identification is another eagle species, the golden eagle.

Golden eagles aren't typically seen in Illinois, but the ranges of these two eagle species do overlap across much of western part of the United States. While bald eagles live across the entire United States and much of Canada, golden eagles have a smaller range in the United States. They are year-round residents of much of the western United States, and some populations also migrate to Canada and parts of New England, according to the Cornell Lab of Ornithology. They also live in other parts of the world, including Europe and parts of Africa and Asia.

Golden eagles are not commonly reported in Illinois, but they are most commonly seen in the eastern United States during their fall migration, usually between October and December, according to the National Audubon Society. There are a few places along the East Coast where small populations of golden eagles are known to winter, including Cape May, New Jersey.

Before bald eagles achieve their adult plumage, confusion between them and golden eagles is understandable. The birds are about the same size and both are mostly dark brown in color. If you can get a good look of them soaring overhead, look for white patches. Young golden eagles have a patch of white feathers on each wing and on the tail, while immature bald eagles do not, according to the Buffalo Bill Center of the West. Instead, juvenile bald eagles have a more mottled appearance without any distinguishing patches.

Golden eagles are named for the golden color of the plumage on their heads and napes, and this can be used as an identification feature between the two, according to the Audubon Society. While it takes about four or five years for bald eagles to achieve their fully white heads, golden eagles have a golden head from a very young age.

If you can get a good look at their legs and feet while they are standing up, look for feathers, or lack thereof. Golden eagles have feathers on their legs all the way to their feet, while bald eagles have yellow skin on their ankles that are free of feathers, the Audubon Society reports. Their beaks can also be telling. Bald eagles have very large beaks, about one-third the size of their head, while golden eagles have smaller beaks that are more in proportion with their heads and bodies. The yellow beak color in bald eagles isn't achieved until they reach their full adult coloring, however.