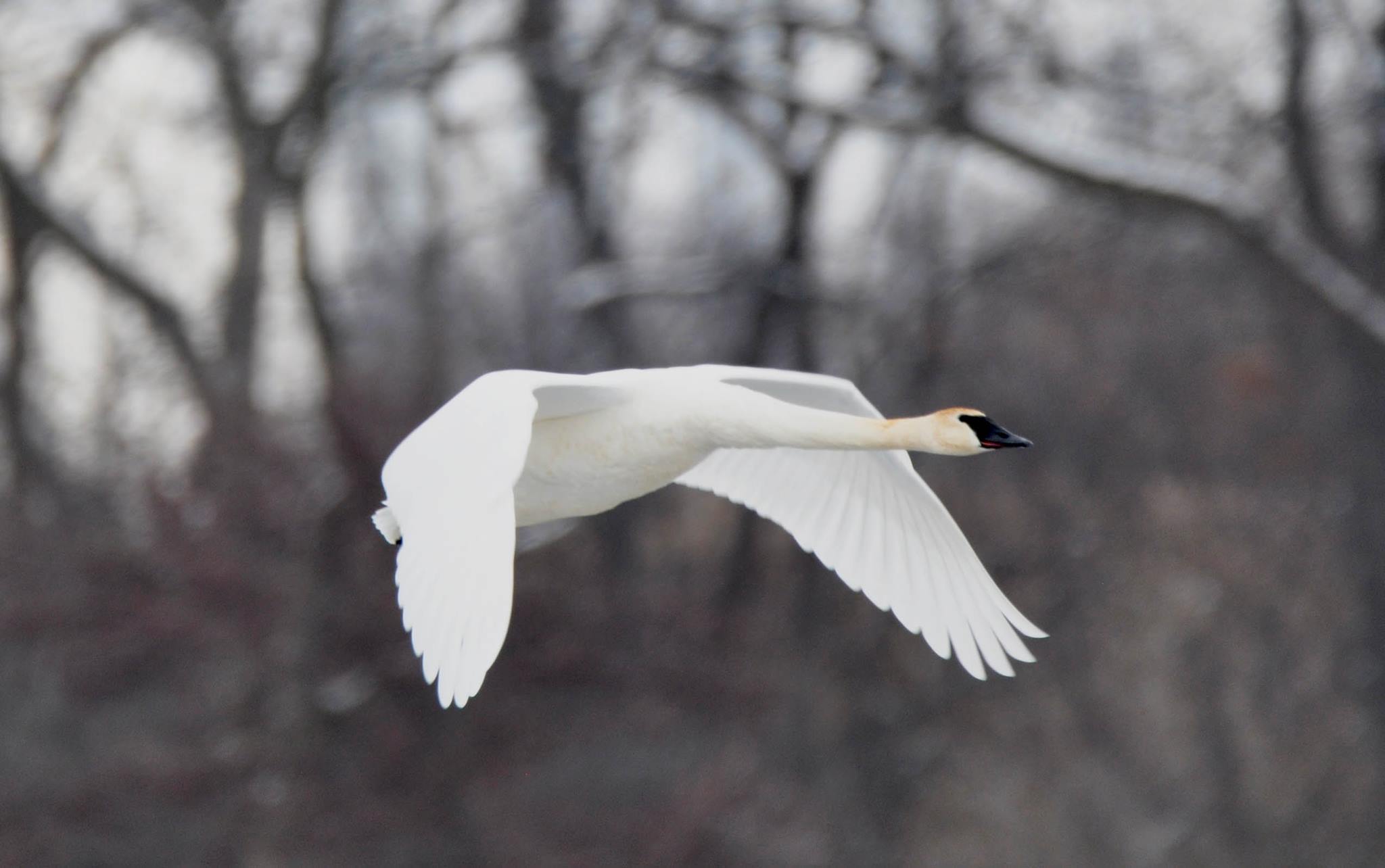 A trumpeter swan in flight. (Photo by Chad Merda)

Three swan species populate the waters and shorelines of North America  — the trumpeter swan, the tundra swan and the mute swan. All three are large white birds, which can cause quite a bit of confusion about which bird is which, but with a little know-how you can tell these birds apart.

First, a little background on these birds may provide some clues in telling them apart from one another. Only two of the three swans — trumpeter and tundra swans — are native to this part of the Midwest. The mute swan — the kind of swan made famous in the classic Hans Christian Anderson fairy tale "The Ugly Duckling" — is native to Europe but was introduced in North America to decorate lakes and ponds in cities and towns across the United States, according to the Cornell Lab of Ornithology.

Because they were introduced to help decorate urban and suburban landscapes, they're the swans most often seen around ponds and lakes in our towns and cities, the Cornell Lab reports. Both trumpeter and tundra swans are most often seen in more natural habitats, but all three species can be seen in some of the same places.

Although mute swans are not native to Illinois, they have become established in the wild throughout the state, according to the Illinois Department of Natural Resources. Their presence has in some cases disturbed local ecosystems because they can be aggressive and they also have huge appetites, eating as much as 8 pounds of aquatic plants a day, Cornell Lab reports.

Mute swans are the easiest of the three birds to distinguish from the others based on their physical appearances because of one particular feature: their bills. Unlike trumpeter and tundra swans, mute swans have bright orange bills with a black knob at their forehead, according to The Trumpeter Swan Society.

The positioning of the neck can also be a tell-tale clue about what swan species you are seeing, especially since this can be seen at a greater distance than some of the other physical characteristics. Mute swans' necks are curved, and their bills often point downward, giving the appearance of half a heart when looking at their profiles, according to the Michigan State University Extension. Trumpeter swans also have a curved neck, but their bills don't typically point downward, so they appear to have more of a C shape. Tundra swans hold their necks more vertically, giving them a straight up and down appearance.

And although the name implies otherwise, mute swans aren't mute. Like the trumpeter swan, their call sounds like that of a bugle or trumpet, although it's much more muffled than a trumpeter swan's and doesn't carry as far, according to the Cornell Lab.