What's the difference?: Reptile vs. amphibian 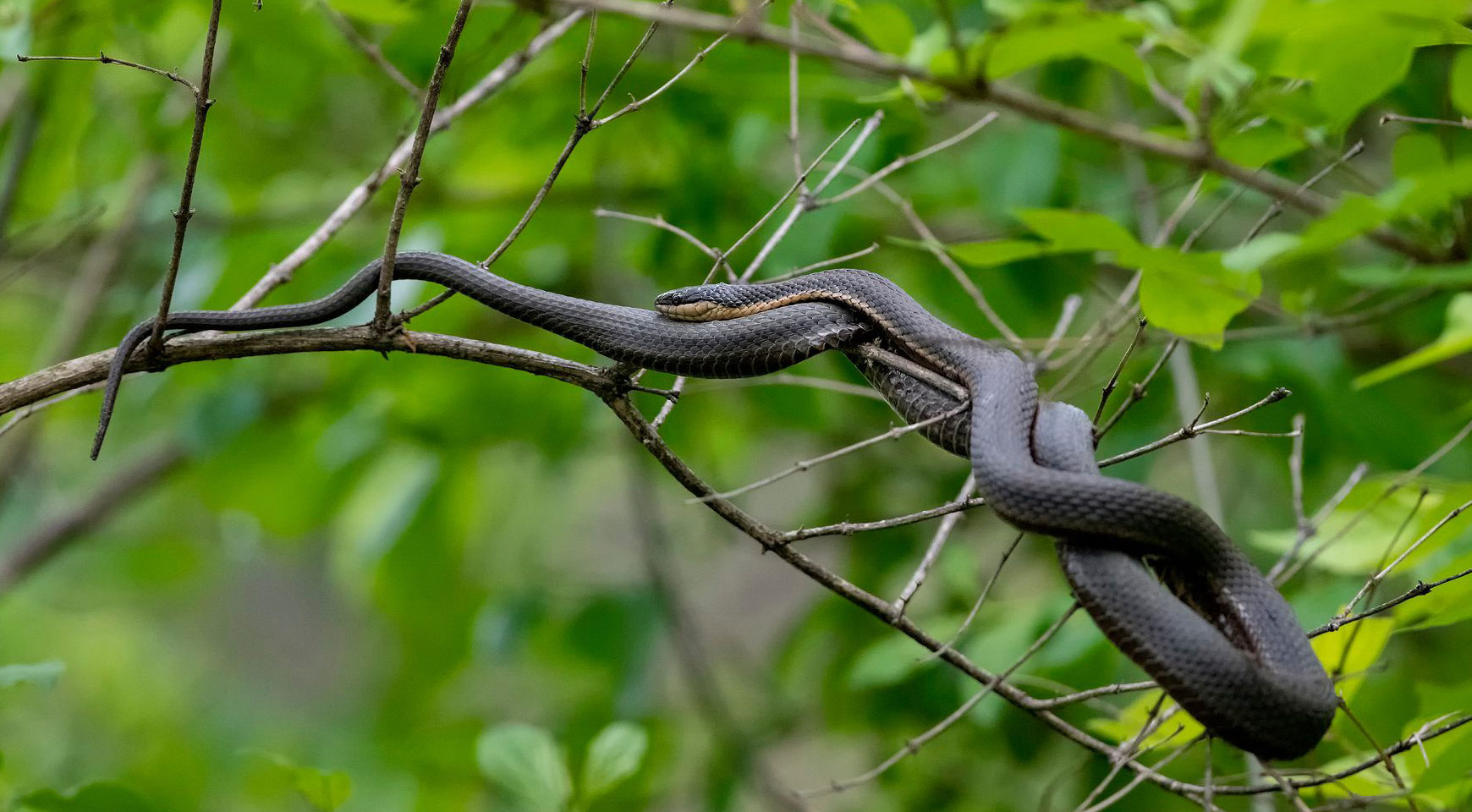 Is a frog a reptile or an amphibian? How about a snake or a salamander?

Reptiles and amphibians share some similarities, so which species belong to which class of animals often causes confusion. Reptiles include snakes, turtles and lizards, while amphibians include toads, frogs and salamanders, according to Mass Audubon.

One difference between reptiles and amphibians is their relationship with water. Amphibians need water in their habitat, because they spend at least part of their life cycle in water, according to the Missouri Department of Conservation. In addition, most amphibians lay their eggs in water. Reptiles, on the other hand, do not have to spend part of their lives in water, although they do often live near water and spend time in water.

Take frogs, for example. Frogs are amphibians. They spend time on land, but in their larval stage, as tadpoles, they live in water. Snakes, on the other hand, are reptiles. Some snakes, like the northern water snake, live in water, but not all snakes do. In fact, many snake species live in desert climates.

The function of the skin is also different in reptiles and amphibians. Reptiles have scaly skin that allows them to survive in hot, dry climates, the Department of Conservation reports. Amphibians, though, have thin, delicate skin that they can actually breathe through.

Because the skin of an amphibian is porous, they are very sensitive to toxins and other pollutants, particularly in water, according to the Shedd Aquarium. The presence of amphibians in an area is a sign of good water quality. Reptiles are able to protect themselves from these same pollutants because toxins can't penetrate their scales. The differences in their skin is also why reptiles can live in salt water, but amphibians cannot.

Both reptiles and amphibians hatch from eggs, although the eggs are quite different. Reptile eggs are coated with a leathery or brittle coating, and the animals that hatch from them are miniature versions of the full-sized animals, the Shedd Aquarium reports. In contrast, amphibian eggs are transparent and jelly-like. The animals that hatch from them still must go through metamorphosis. For instance, a tadpole develops into a frog.

In addition, all the animals in the two classes are vertebrates, meaning they have backbones, according to the Shedd Aquarium. They are also all ectothermic, which means their body temperature is determined by their environment rather than regulated by their bodies as it is in humans and other mammals.