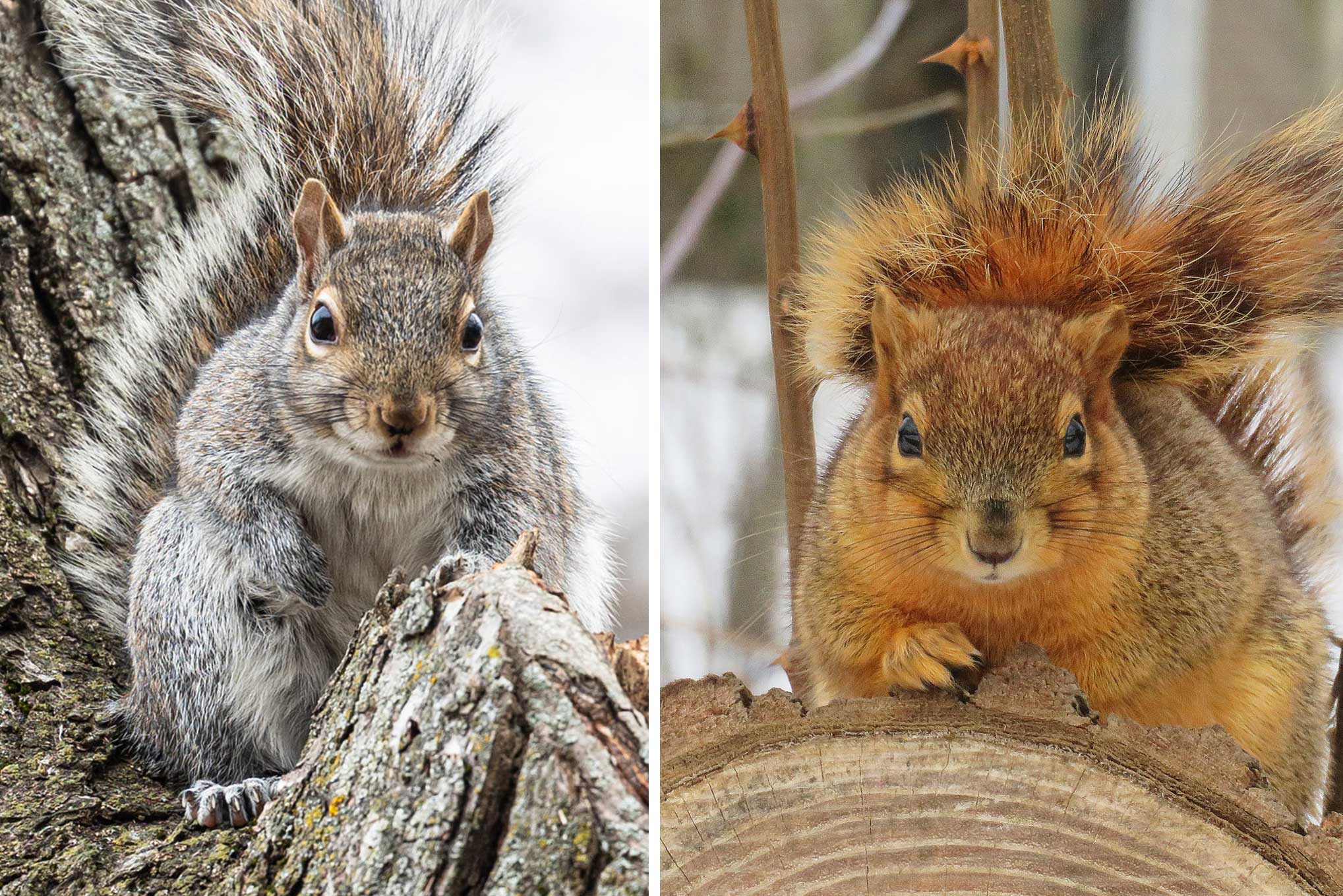 The sight of a squirrel zipping up, down and all around our trees and forests is a familiar one to most people, but the zany antics of these critters can be the work of one of two species: fox squirrels or gray squirrels.

Fox squirrels and gray squirrels are similar in appearance, with long, bushy tails and big ears and feet, but their fur color is a key identification feature. Fox squirrels have rusty colored fur mixed with black, giving them an overall reddish-brown appearance, according to Wildlife Illinois. The fur on their bellies and ears and along the edges of their tails is lighter and looks more rusty in appearance. Gray squirrels look very similar to fox squirrels, but with gray fur on the back and white or light gray bellies.

Fox squirrels and gray squirrels are common and widespread across Illinois, but the gray squirrel population in the state has declined as mature forests have been lost to development and other changes in land use, according to IDNR.

Fox squirrels and gray squirrels are our most common squirrels, but they aren't the only ones. Northeastern Illinois, including WIll County, is also home to red squirrels, although they aren't nearly as common as our more familiar squirrels, Wildlife Illinois reports. Southern flying squirrels also live throughout our state, but they are much more common in the southern part of the state.

Red squirrels are smaller than fox squirrels and gray squirrels and have reddish gray backs and white bellies, according to Wildlife Illinois. Their eyes are also ringed in white fur, and they have ear tufts in the winter. Flying squirrels are the smallest of the Illinois squirrel species, and they have grayish or cinnamon brown backs and white bellies. They have large eyes and appear bulky because of the folds of skin on both sides of their bodies that they use to glide, or "fly," through the air.

In some cases, black and white squirrels become more prevalent in certain areas as they reproduce and more melanistic, leucistic or albino squirrels are born. For example, white gray squirrels are more common in Olney, Illinois, and the northeastern part of the state, while black gray squirrels can be found in Fisher and Gibson City, Illinois, Wildlife Illinois reports.