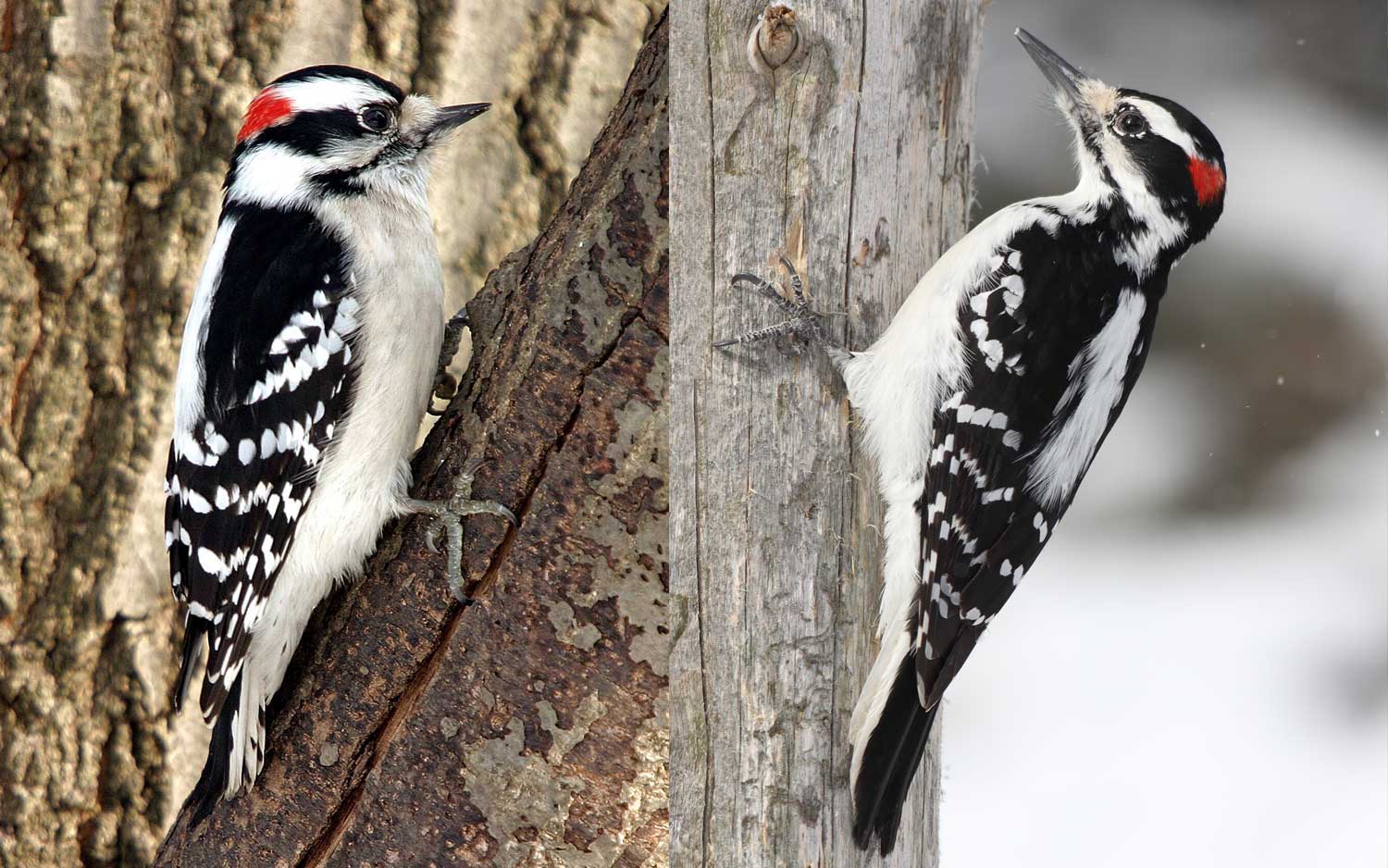 With their black-and-white plumages and the males' flash of red on their heads, downy woodpeckers and hairy woodpeckers can be especially difficult to distinguish from one another. Both are found in Will County and throughout Illinois and the United States, and both are common in backyards, drawn to suet feeders and even seed feeders, according to Project FeederWatch.

So, then, how can you tell which type of woodpecker is the one you spy out your window? If you can get a close look, you'll spot some tell-tale signs that distinguish the two species from one another.

Where you see the bird may also be a clue. While hairy woodpeckers prefer tall trees and more forested area, downys often settle on younger trees or even cattails, the Audubon Society reports. And finally, downy woodpeckers are more prevalent, especially in suburban areas, than their hairy counterparts.